Introducing The People VS Coffee

Full-time lawyer and part-time barista Jacinta Connell is bringing coffee to the people. 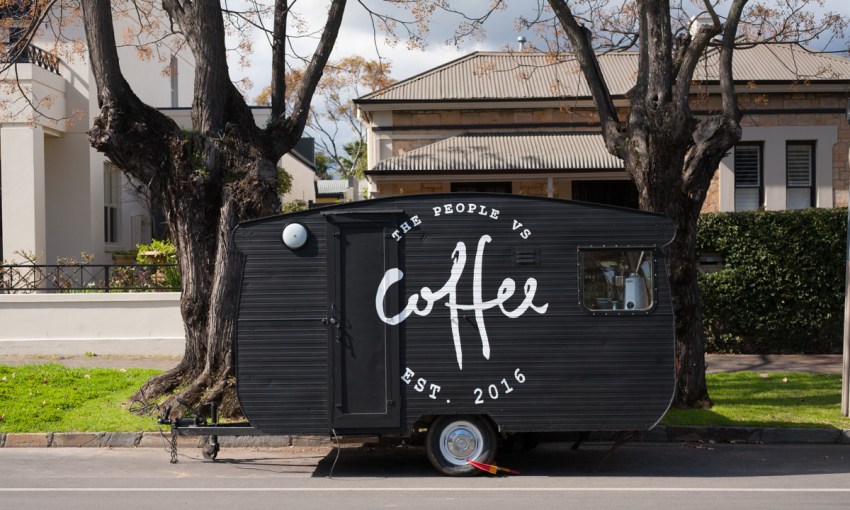 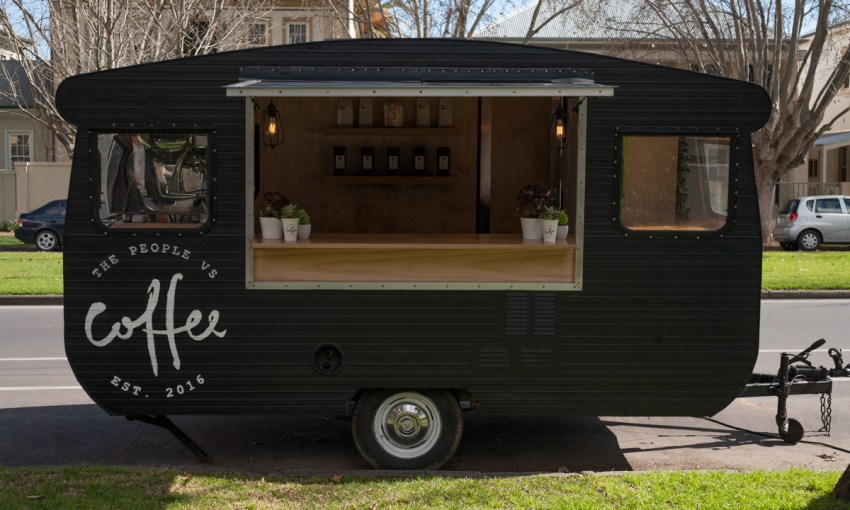 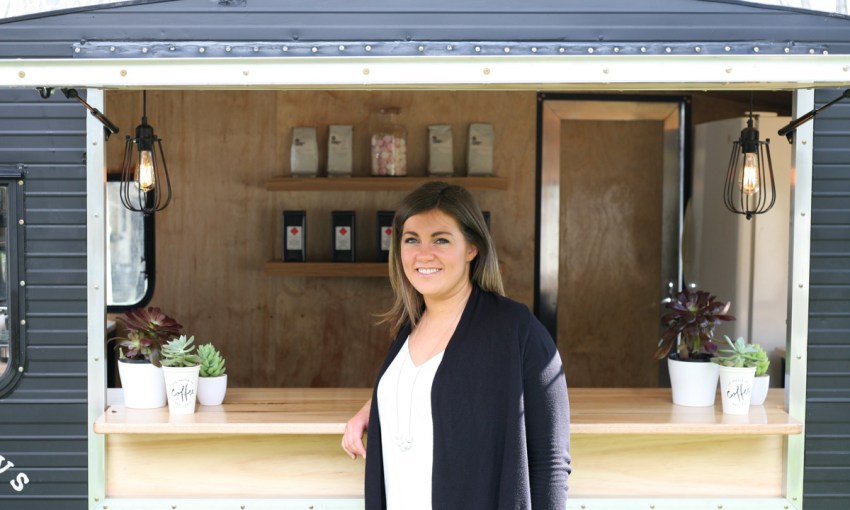 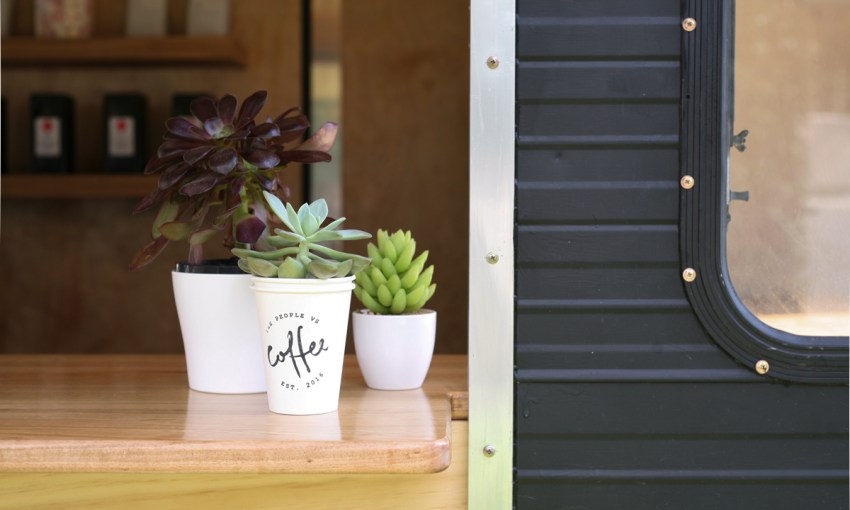 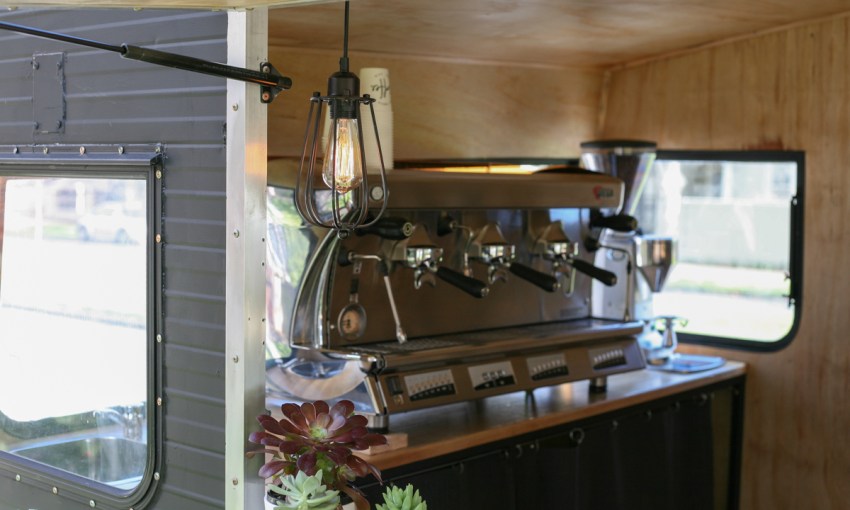 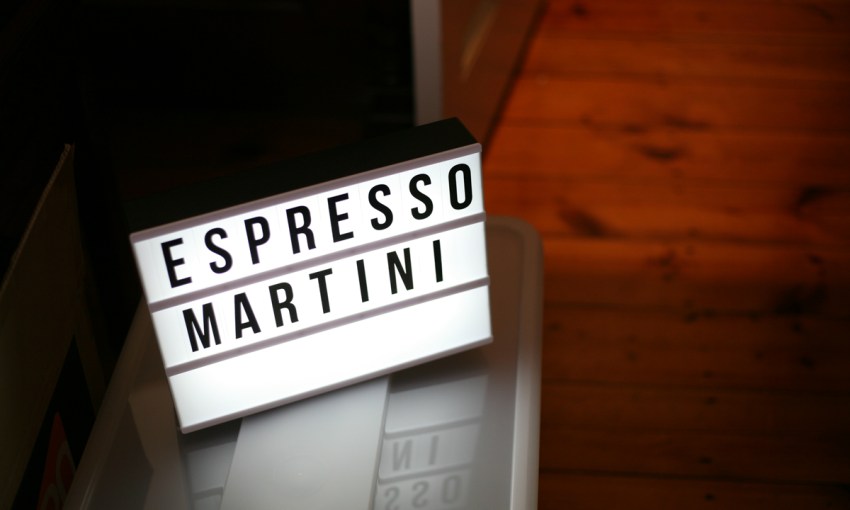 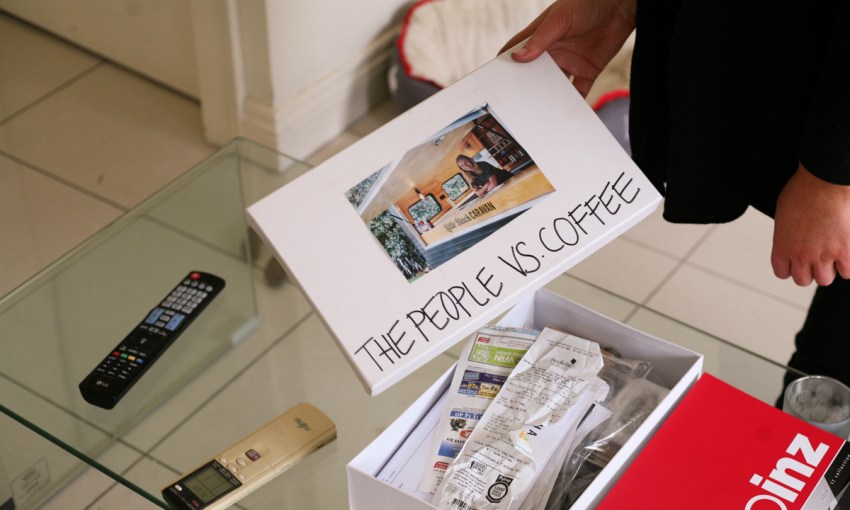 There’s a well-known maxim amongst hospitality veterans that once you’ve been inducted, you never really leave the game.

For Jacinta Connell, even a full-time career in law couldn’t keep her away.

“I never thought I wanted to be a barista/barrister or whatever, but yeah, I think I just can’t give it up,” Jacinta says.

“I love the people aspect. Making coffee is fun, it doesn’t feel like work, so… why not?”

Rather than rolling along the easy route of just having one job each, Jacinta and her partner, Ryan Ellis, a full-time tradie, decided to start The People Vs Coffee – a two-wheeled caffeinated caravan designed and renovated by the couple.

“We thought about doing it for quite a while… opening a café or doing something like that… in the end we just bit the bullet and did it one weekend,” Jacinta says.

“[Ryan]’s been able to do everything, which has probably saved us a lot of money, and it’s kind of, I don’t know, it kind of make it a little more personal, when you do it yourself.” 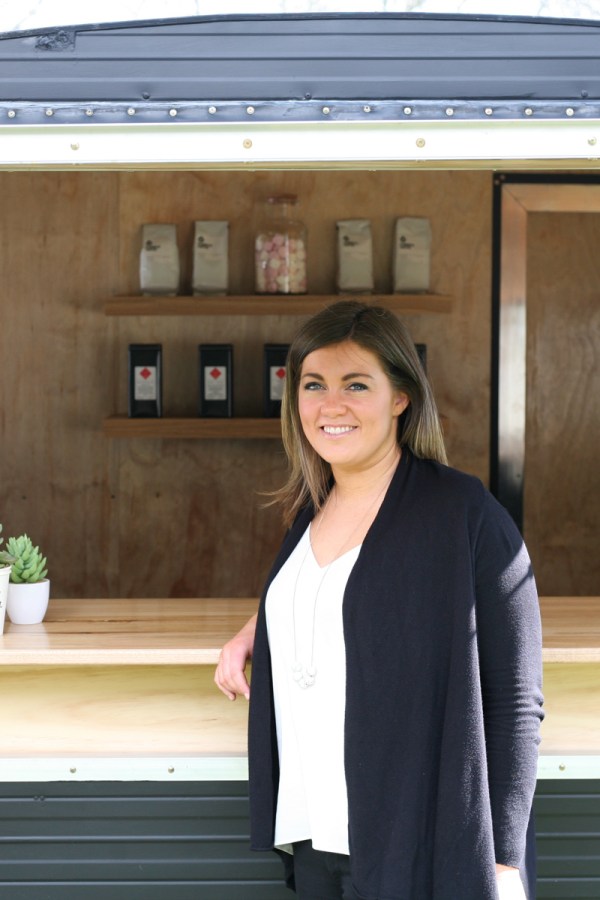 For their inaugural weekend, The People Vs Coffee popped up at school events, but with their specialty in coffee extending to espresso martinis, they plan to have much broader appeal.

“[The cocktail] side has been selling itself,” Jacinta says.

“I just think because it’s so unusual it’s… very popular for people who have been having weddings and they just want to have a little cocktail hour in between wedding and reception or something like that.”

Having made coffee at Cibo and Abbotts and Kinney in the past, Jacinta is keeping things South Australian in this latest venture, stocking D’Angelo Coffee beans, Fleurieu Milk Company milk, T Bar teas and pastries from friends and family.

“Ryan’s mum, she lives in Port Lincoln and she makes Greek sweets and also paleo raw bliss ball sweets as well, so we’ve got sort of a combination of her bits and pieces coming over, and we’ll also sell some Abbotts and Kinney pastries,” Jacinta says.

With their first weekend now done and dusted and some larger events in the works for the coming months, Jacinta and Ryan’s weekends aren’t looking to get any quieter; but such is the nature of the hospitality bug.

“I quite like the idea and the challenge of finding a new set up and being able to tailor our services to different crowds and different events, and see how we can work with them and things like that,” Jacinta says.