What the Adelaide Hills community needs, Ash implies, is more variety within its food scene.

While cafes in the region have exploded in popularity over the last few years, choices for dinner barely extend beyond pizza and pub food.

Spaghetti Head, the new café and pasta bar concept founded by Ash and Amanda Cordina, hopes to spur on that expansion.

Both Stirling locals, Ash and Amanda saw a space for lease in the Aldgate township and they jumped at the opportunity.

“Aldgate’s always had really long-term tenants,” says Ash. “There’s never been options for people to do stuff there.”

The pair bring their individual expertise – Ash in hospitality and Amanda in cooking – to this new venture, 13 months after opening Coffee on Pinks, a café operating out of Bicycle Express on Halifax Street, which Ash’s brother-in-law owns.

The duo’s plan was always to start small.

“Initially, it was a learning curve, and it’s a big jump going into a restaurant,” Ash says.

“The coffee shop was more for me; Amanda is more into the meals.”

After finding success at Coffee on Pinks, the pair felt ready to take the next step. 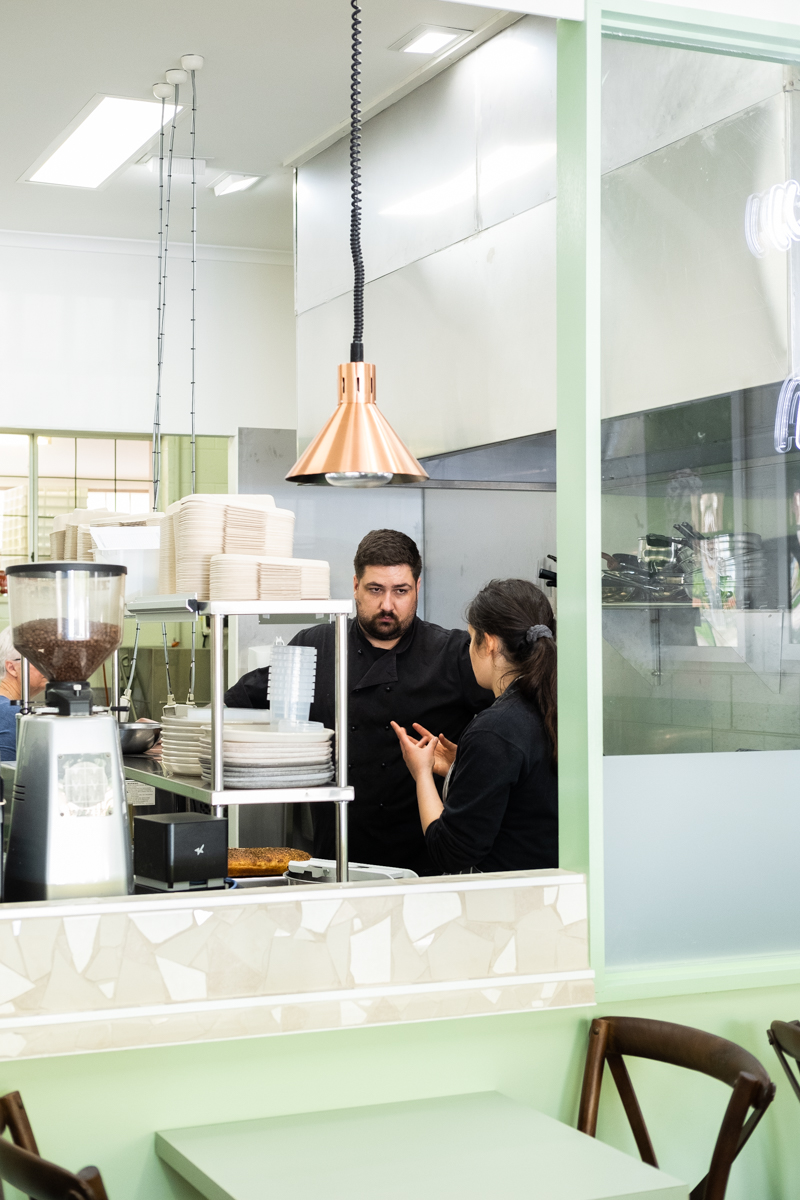 Pasta was a natural choice. Amanda, who trained in Melbourne, has spent a good part of her career working alongside Italian chefs.

The restaurant is open Wednesday to Sunday from 5pm to 9pm, and features a menu showcasing local and seasonal produce, with all pasta made fresh in-house every day. The team will also offer dine-in, takeaway or delivery, so as to satisfy every pasta need.

The menu will boast gluten-free and vegan options across entrées, mains, sides and desserts. Expect to see gluten-free gnocchi and risotto, as well as vegan pasta making an appearance.

For the moment, alcohol is BYO while Spaghetti Head waits for its all-important liquor licence.

The restaurant’s daytime trade will feature coffee by Five Senses and pastries by Clara Cakes, an all-vegan micro-bakery based in Mount Barker.

Café service will run from 8am to 3pm Monday through Friday and 9am to 3pm on weekends. 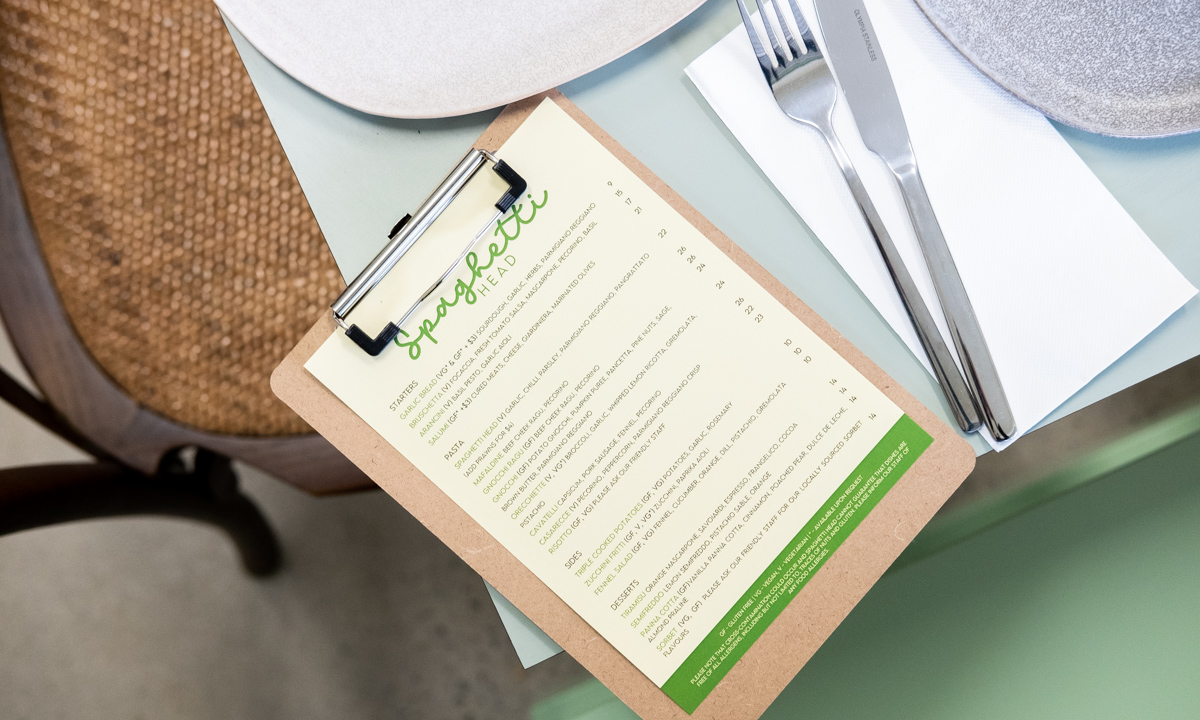 Anchored in the Romeo’s Foodland complex, the space, previously part of the Aldgate Pharmacy, is quite small. This lack of space has forced the couple to get creative.

“We wanted it to feel more open and bigger than what it is.”

Dining will be in the front half of the space, with booth seating along the windows and tables along the walls. There are views directly into kitchen, where the Spaghetti Head cooks will be hard at work.

“Food places are hard to do in the Hills; you have to do everything from scratch, which is the costly part,” Ash says. 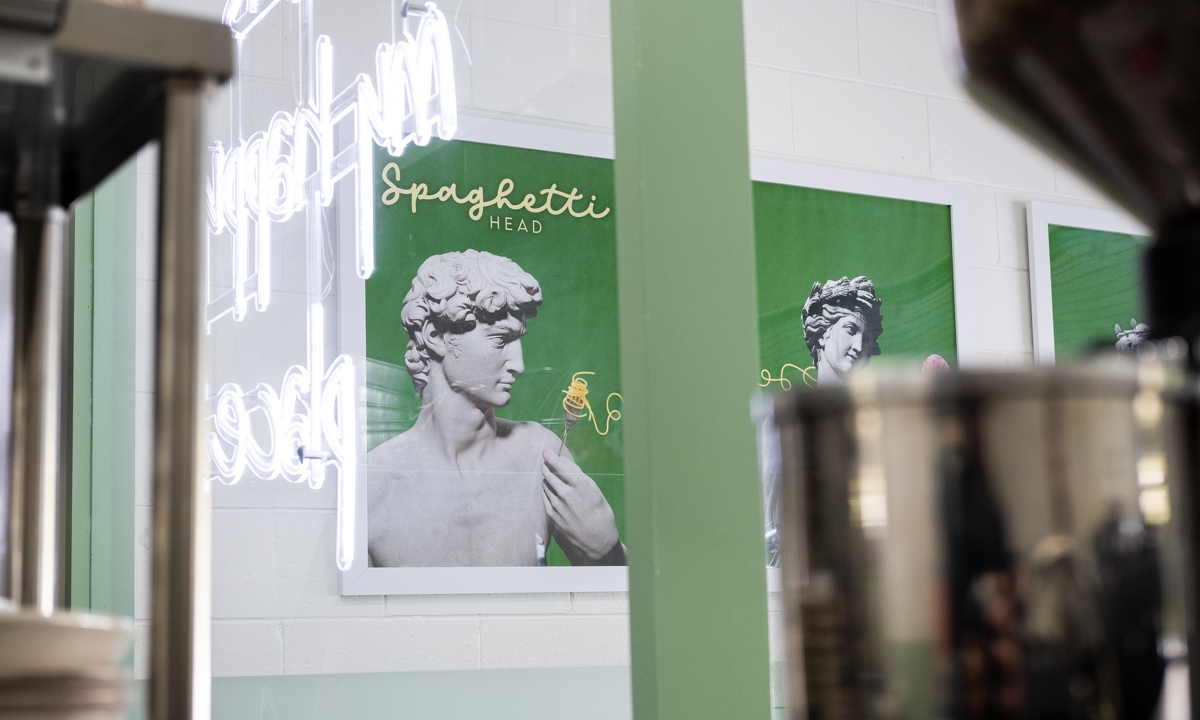 The duo has kept things simple, with a light and airy feel throughout the space, complemented by green accents.

The Hills community, though, is excited to see the venue come to life.

“We’ve really been blown away by the positive responses,” Ash says.

Spaghetti Head is located at Shop 3 232 Mount Barker Road, Aldgate. It operates as a café seven days and as a restaurant from Wednesday through Sunday.