Our Food Project is a chef's paradise on Goodwood Road, launching as a café designed to allow maximum creativity in the kitchen and "family-style" sharing at the table.

In a small tenancy on Goodwood Road, five kilometres out of the city, chef Ash Peek has built a haven for himself, the local café-hopping crowd, and, he hopes, Adelaide’s cheffing community.

Our Food Project is the result of three years of squirrelling away kitchen equipment, mostly bought at auctions, by Ash and his business partner Chris Rose.

The café has been designed with a no-culinary-rules culture at its heart, to allow the two chefs full creative control and an ability to pursue their interests rather than adhere to any one particular cuisine.

This has been a long-term aim for Ash.

“This whole concept is just an avenue for me to explore and try new things I’ve never been able to try in other places, because normally they’re set to a cuisine and I can’t go down that avenue,” he says.

“If I see a cool recipe, a cool concept, try to make it my own and present it our way.

“Chefs get very stagnant and stale doing the same thing every time. This way, as soon as we get bored, we can change it. New ideas, fresh ideas.”

The two chefs first met at Rigoni’s on Leigh Street (the space set to become Fugazzi very soon) where Chris trained Ash in the kitchen. Chris brings into Our Food Project a history that includes time spent at Jolleys Boathouse and Mesa Lunga. 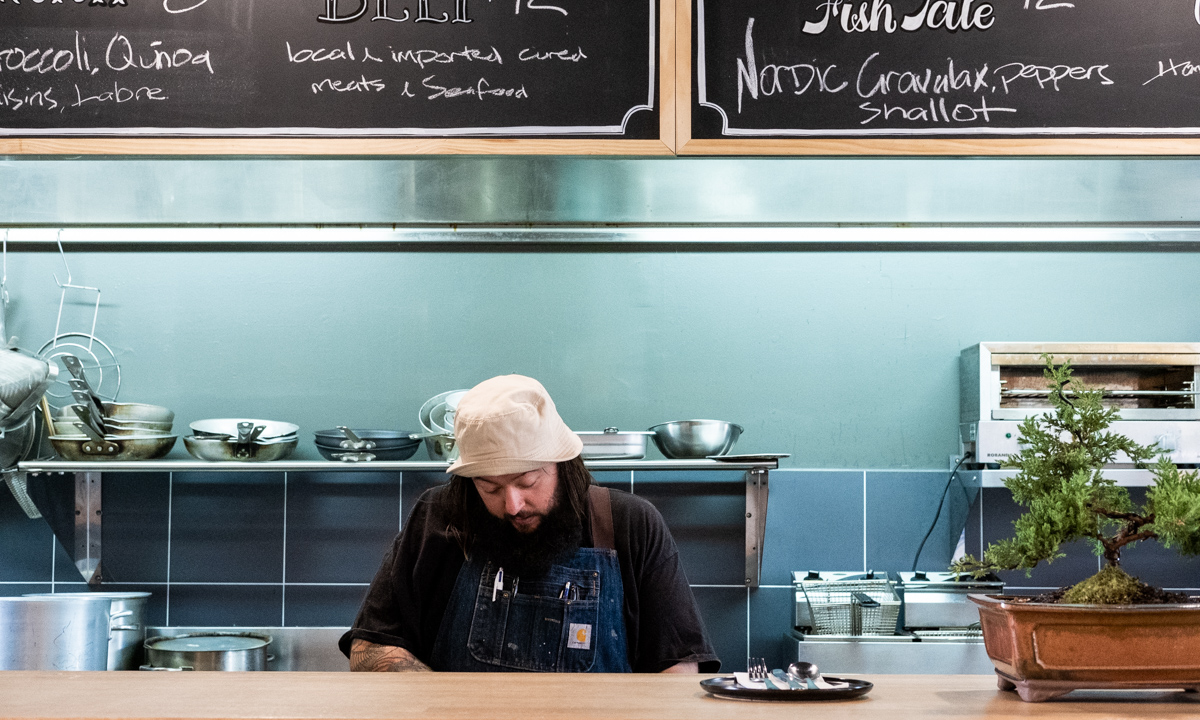 The café offering at Our Food Project is a new direction for both chefs, and aims to, once and for all, eliminate brunch envy, through its “tapas-style breakfast” concept.

“It’s designed to share; you come in, you can have a couple of things, instead of where your more traditional breakfast places, you go in and you get your scrambled eggs and bacon, stuff like that,” Ash says.

“We tried to take away that food envy, where you go out with a group of friends and everyone gets something different, and you go, ‘Oh, I should’ve really had that and now I’m stuck with my hotcakes.’ That’s where we’ve tried to break it down.

“We treat it like family-style, you come in with your loved ones, your friends, you sit down and enjoy a meal together.”

On the day CityMag visits, we’re served a tasting plate that includes a Japanese-style omelette, pork belly with nam jim, hash potato, and grilled broccoli with quinoa, raisins and labneh.

However, the menu will be “always changing and ever-evolving,” Ash says.

The coffee on pour comes from Adelaide roasters Kindred Coffee. 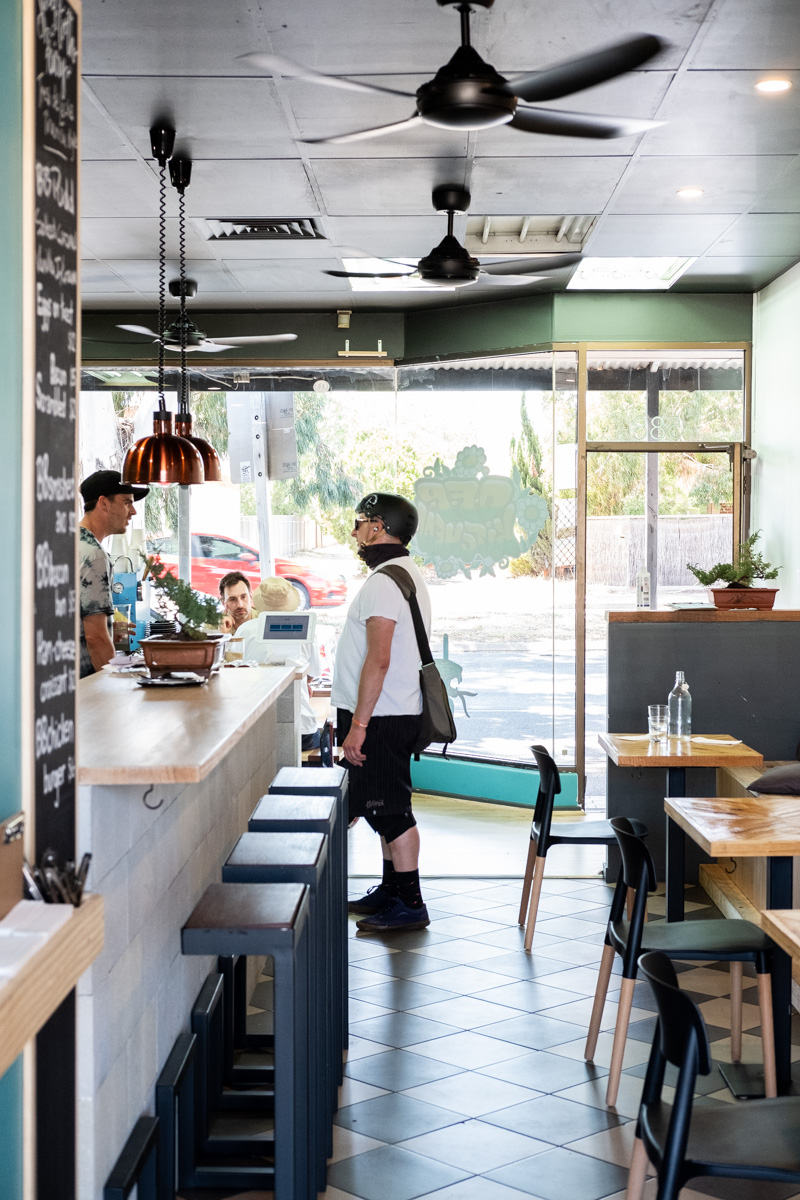 Our Food Project launched in mid-October 2020 and has since found a band of regulars from within Daw Park, with relatively few quality-focussed cafés in the area.

Ash hopes to acquire a liquor licence in the coming months, and then open up Our Food Project for showcase events and guest chef collab nights.

“That’s a big part of our project, is giving that platform to other chefs who aren’t normally in the spotlight, giving them a little chance to shine and essentially do what they want to do and what they love,” Ash says.

For the time being, Our Food Project is open 6:30am ‘til 3pm Tuesday through Friday (kitchen closes at 2pm), and 8am ‘til 2pm on weekends.