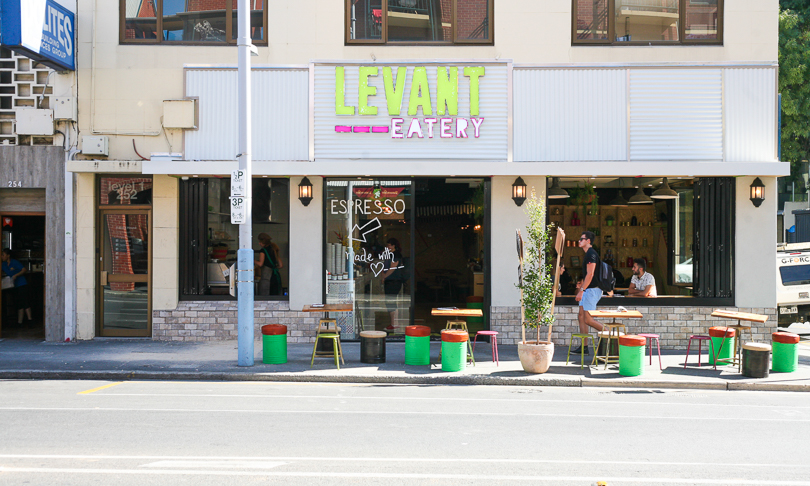 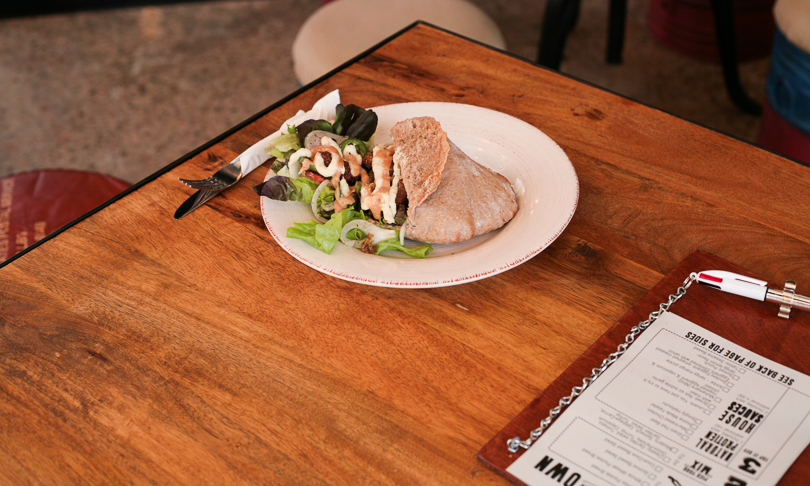 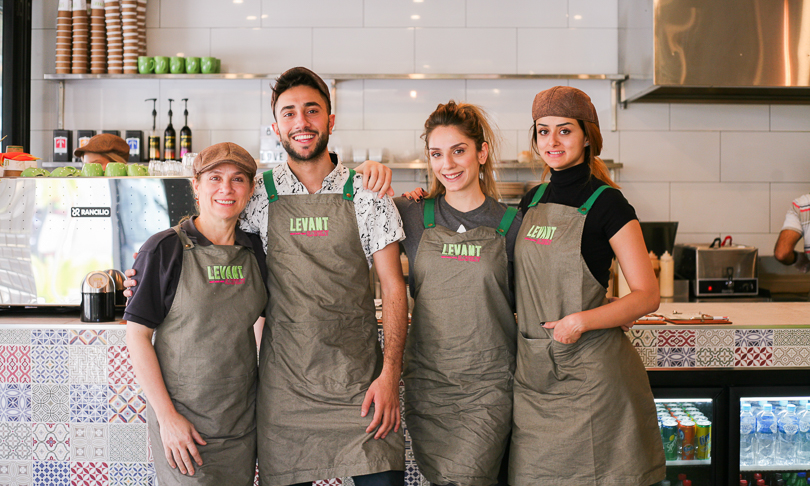 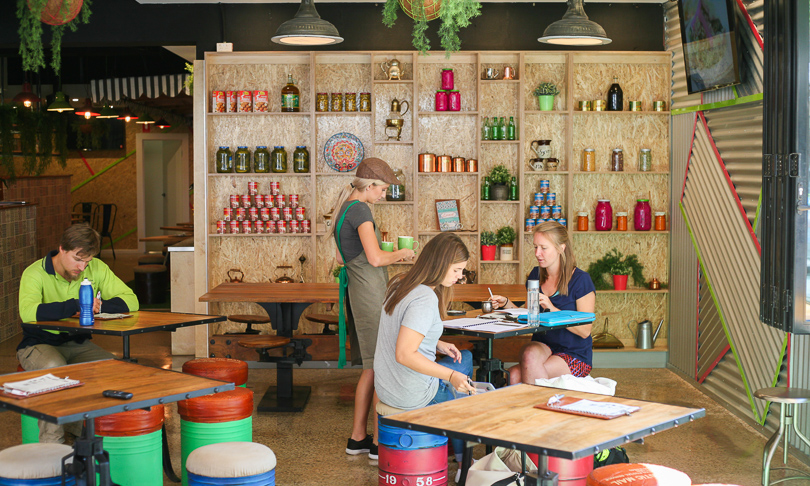 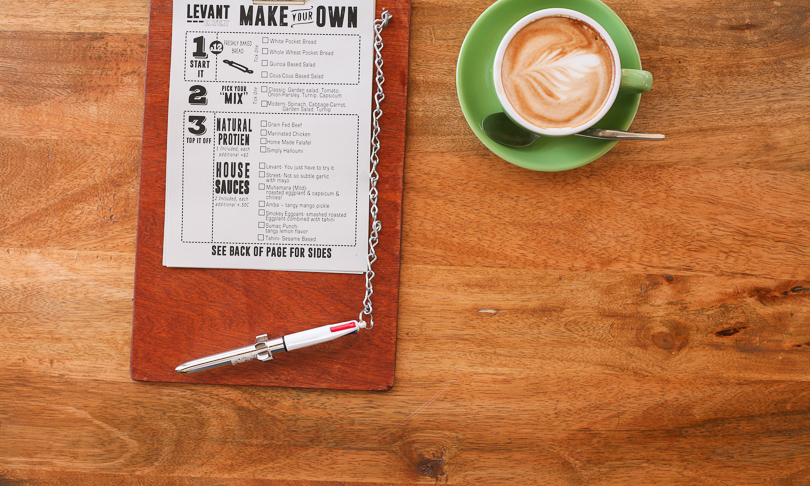 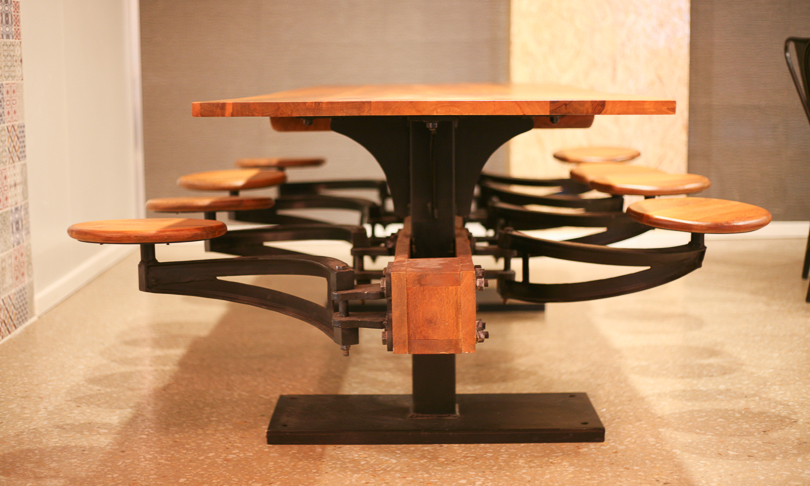 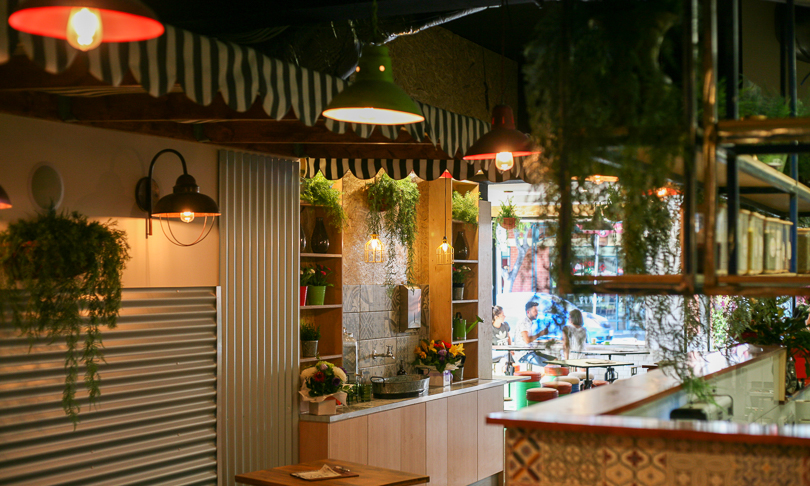 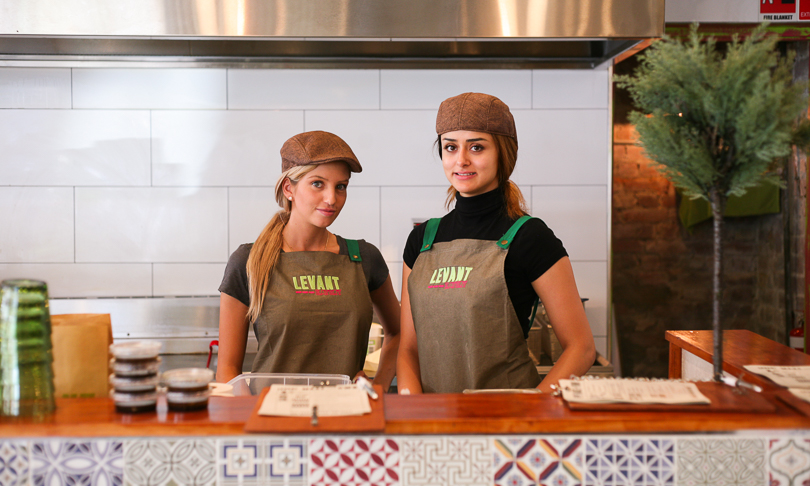 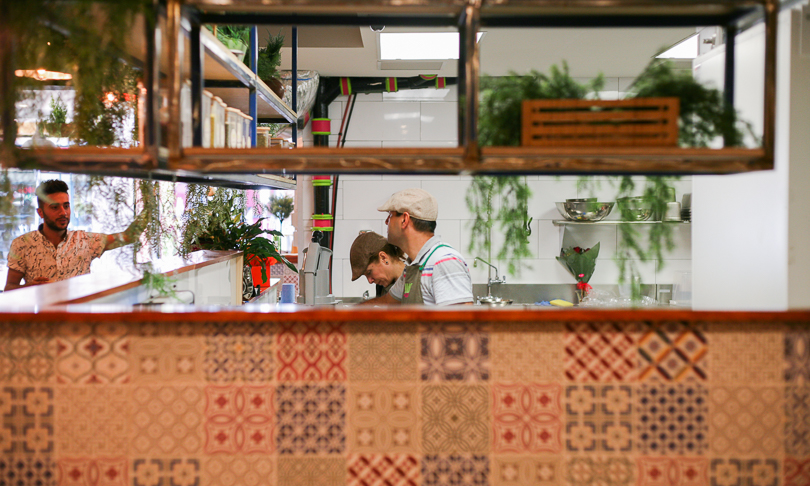 Customers of Levant Eatery – the newest addition to Hindley Street’s ever-evolving west end – are greeted by a smiling and enthusiastic Husam Al-Sweedy.

Find Levant Eatery at
252 Hindley Street, Adelaide. They are open from 7.30am weekdays and new breakfast options are being developed.

What they likely won’t realise is that working throughout pockets of the café are the majority of the Al-Sweedy family.

“I do more of the customer services side of things – front cashier, coffees, socialising,” says Husam. “My sister Zainab does a lot of the plating and the staffing and my Mum does the kitchen. My Dad is just always around to help with anything. And our sister-in-law Zena is in the kitchen as well, she does a lot of the bread-making.”

Truly then, this is a traditional family business. But it’s one that is innovative in responding to the needs of its location.

The Al-Sweedys have supplied the fast-rising Hindley Street West with a new, quick lunch time food option and a unique space for coffee and meetings. In its design as much as its menu, the café carefully straddles the divide between catering for the university crowd and providing a good option for local office workers and the soon-to-come hospital crowds.

The entire fit-out was designed and built by the family (“We had an interior designer work on it, but I think that shelf—over there— is the only thing we actually used from their designs,” says Husam), and the handmade tiles and furniture create a fun but airy atmosphere.

In this setting, the family serves quick-to-prepare and delicious-to-eat Middle Eastern street food that draws on their Iraqi heritage.

“The Mediterranean Sea is surrounded by several countries, and all those countries were called Levant – it’s like a region,” says Zainab. “Street food in those countries is where you do most of your food buying – you walk through and buy bread from one person, and then felafel from another and then whatever else from the next person.”

Hindley Street’s Levant draws on this experience with a build-your-own dish menu that allows punters to create a customised Middle Eastern meal.


“We had an interior designer work on it, but I think that shelf —over there—is the only thing we actually used from their designs” – Husam Al-Sweedy

“We freshly bake our breads on site – we have white and wholemeal, and for people who don’t want bread we do the salads – so the quinoa salad or the cous cous salad, and then you pick your greens – either classic or modern, and then you put your protein on there – beef, chicken, falafel or haloumi. Then you mix it up with the sauces, and we make all of these sauces ourselves from scratch,” says Husam.

The idea for the business had been floating around in the Al-Sweedy family for a long time, but finding the right location was key. This spot – the former home of Soul Box karaoke – was originally spotted by Husam while he was attending UniSA and taking an exam from a room that overlooked the premises.

The family are keen to be a collaborative part of the evolving Hindley West precinct, and are already working on a project with neighbouring venue Peter Rabbit.

“We have Peter Rabbit next to us – they’re really awesome. We work really well together because they’re just such different concepts,” says Husam. “We’re working on a project together for that side wall that runs down Liverpool Street – it’s a two storey wall and we’re going to have a massive mural.”

Plans are also in the works to open a pressed juice bar along Liverpool Street. It’s clear that Hindley West’s future is set to include even more Al-Sweedy innovation in the future – and it will be all the better for it.