Denham D’Silva has been in small business since founding Barossa Valley Brewing back in December of 2005.

He came into craft brewing from the finance world, giving up a position as a vice president at investment firm Merrill Lynch to pursue a career in the growing independent beer industry.

Given his financial background, he built Barossa Valley Brewing on as steady a foundation as he could, orchestrating a partnership with McGuigan Simeon Wines (now Australian Vintage).

The relationship would have seen BVB sell 100 per cent of its brewing capacity to the wine company, who would then handle the sales and distribution of the beer.

“So, from my desk at Merrill, everything works on an Excel spreadsheet, right?” Denham says.

“I went, ‘This is good, simple. I’ve got the second-largest listed wine company saying they’re going to take all my product. Done. Easy.’”

But in small business, even the steadiest foundation can give way.

The Grape Glut hit – an oversupply of wine grapes in the Australian market – which seriously impacted McGuigan Simeon, and the deal fell through. 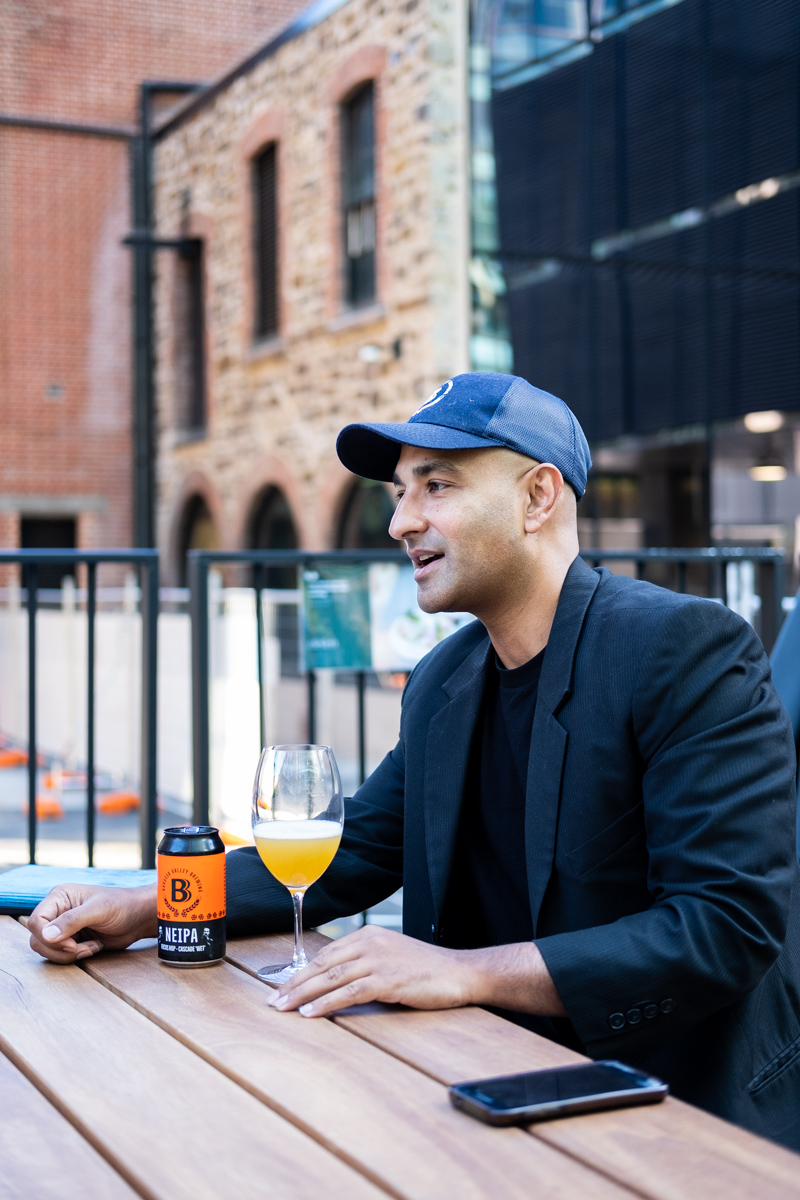 “We got caught in a really hard place,” Denham says.

“The beer was winning lots of medals, it was opening up doors, but the… sales, marketing and distribution never eventuated.

“I put my Merrill Lynch hat on and went, ‘This is a great product. We’re in the right place at the right time with a great product – I still wouldn’t invest in this business as an institutional investor, because I don’t have control of my sales and marketing channels.’”

Denham did spend some time trying to raise money from investors, but this unfortunately aligned with the Global Financial Crisis.

The money he did have, he pumped into traditional advertising streams to build up the Barossa Valley Brewing name – just at the moment when social media was taking off and brewers were finding their new markets in online spaces.

It was a less than ideal beginning.

This experience stayed with Denham, initiating a line of thinking about how a business of BVB’s size can compete against multinational corporations without relying on outside help.

A decade and a half later, Denham founded the app Agora Gourmet.

Agora is a mesh between a social media platform, similar to Untappd or Foursquare, and a loyalty program that is available across multiple venues.

Through the app, a user can author a social media post about a product they’re consuming (made by any of a series of small producers listed on the app) and tagged either at one of the participating venues.

The post can either be shared to Facebook through the app, or a link generated by the app can be copied and pasted to another platform.

Once the link is successfully posted, the user will accrue points. Get enough points, and you can then redeem a free product from one of the venues.

The app launched last week, and in this initial phase Denham says a single post will accrue 20 points, and 100 points will get you a free beer. 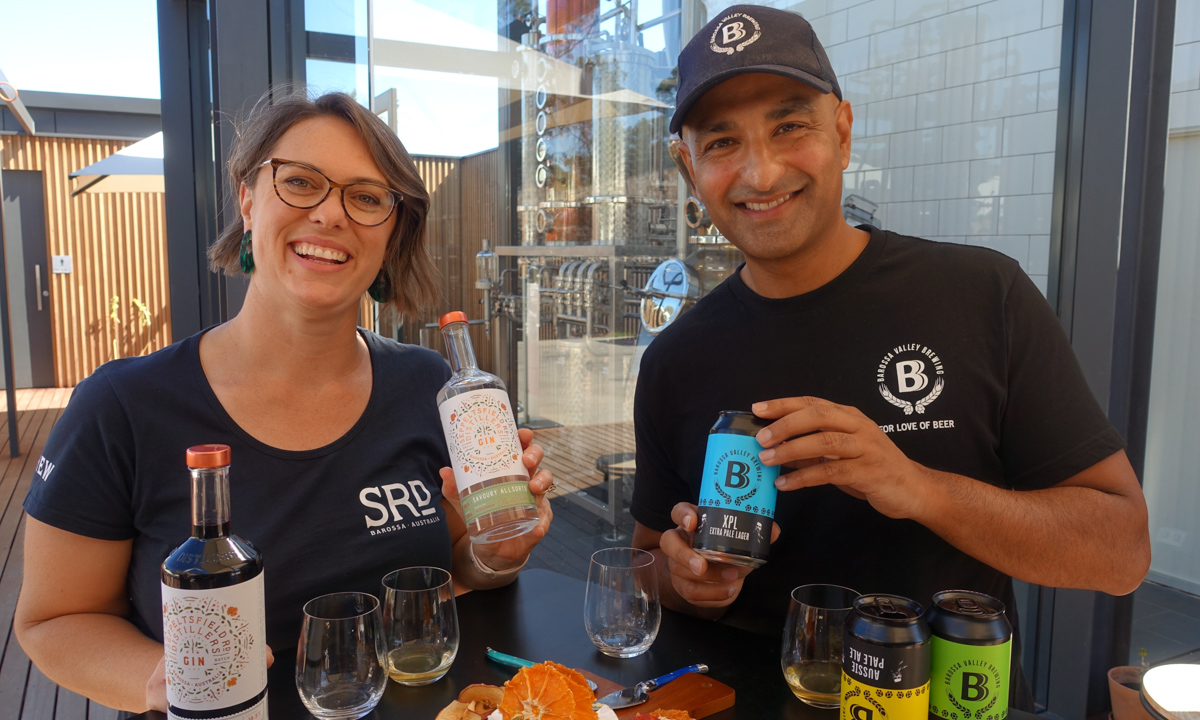 Seppeltsfield Road Distillers is a founding partner in Agora. This picture: Supplied

An app or platform offering discounts to users is not a new idea.

There is also Shouted, another Adelaide idea, through which drinkers can access discounted drinks at participating venues, or even shout a friend a round of drinks remotely.

These ideas are ostensibly consumer-centred, and designed for venues to capture a price-wary segment of the local market – so long as the venue can afford the financial hit of offering discounts.

Where Agora differs is in its focus on producers and their relationship with venues and consumers.

The craft beer industry has a passionate and engaged consumer base who are happy to spruik their favourite brands – and Denham says the same can be seen for small producers across a range of categories.

By offering monetary value for each social media post made through the app, Agora rewards consumers for acting as brand ambassadors on behalf of these small producers.

A secondary benefit to the producer comes once a product is redeemed.

The venue will give away the product on behalf of the producer, and the dollar value of that giveaway will then come off the next invoice sent to the venue from the producer. This encourages a continued relationship between the venue and the producer.

“So for the price of a beer, we’ve locked in a future sale,” Denham says. 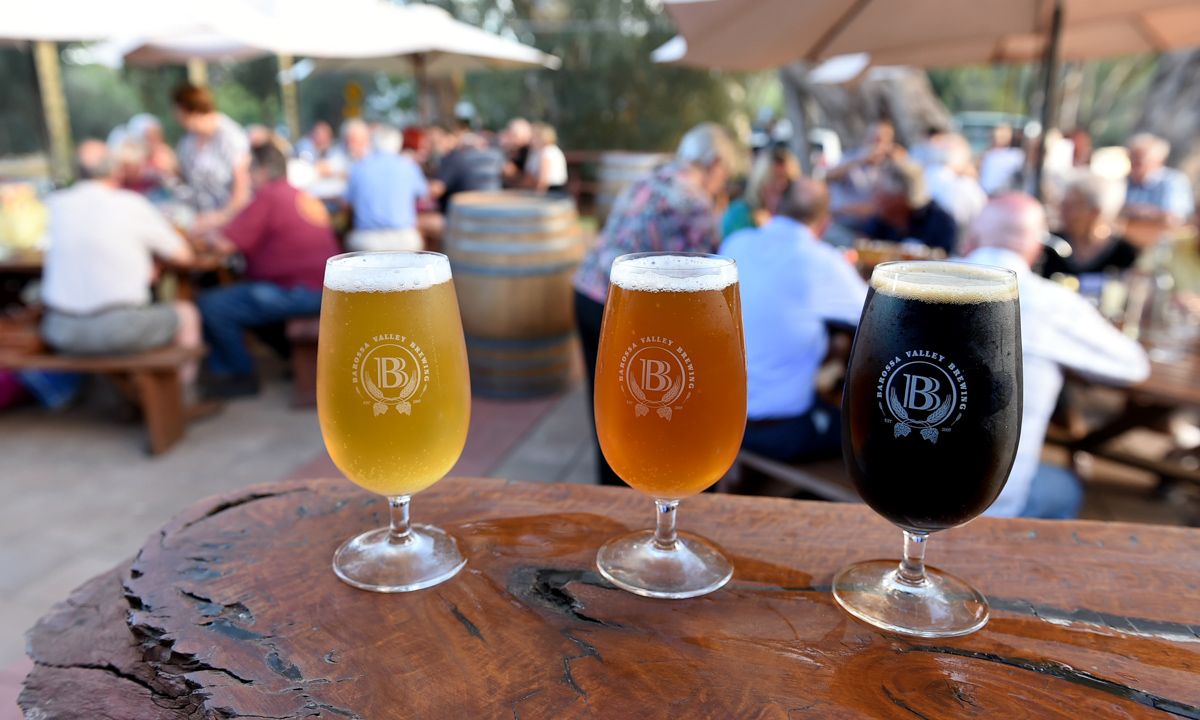 A picture like this, posted via the Agora app, could get you one fifth of a beer. This picture: Supplied

Rather than the venue bearing the expense, Agora will ask producers to pay to be listed on the app (though it’s free at the moment).

“We take a tiny fraction of what we would pay our distributors and our marketing teams, and we direct that to the customer, in terms of free product,” Denham says.

“It’s much cheaper for me to pay [a customer] in beer than pay a salesperson in dollars. So that’s the secret sauce.”

Though it’s early days, Denham says he has seen a 100 per cent success rate in pitching the app to producers.

He’s convinced the underlying business model will work, but is only concerned about whether his venture will capture enough attention.

“The question is whether we become the Friendster or the Facebook, and that’s all about execution,” Denham says.

There are updates planned for the app already.

Denham is looking to add direct-posting options for platforms other than Facebook, and he’s also looking at how Agora’s point-accrual functionality can be tweaked to allow for tracking the influence of a post. 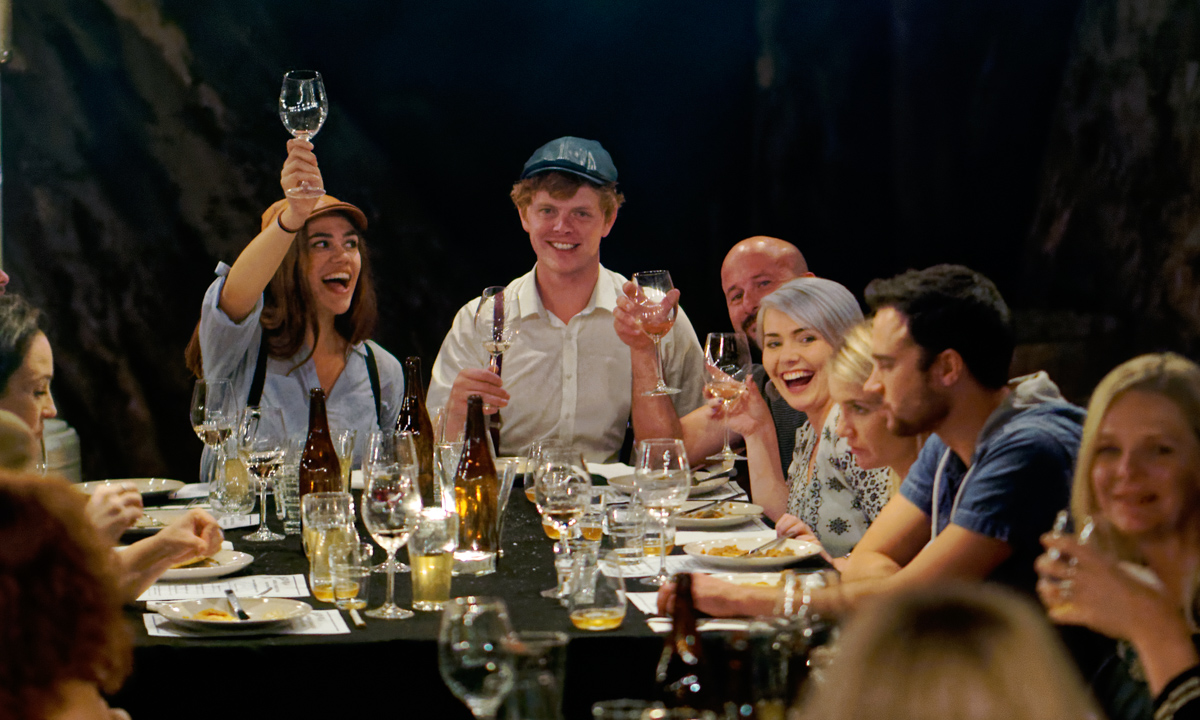 South Australia is the perfect test case for Agora, Denham says, because “we’re just spoilt with all of these amazing small producers.”

The app, he hopes, will be an equaliser, allowing small producers to harness the enthusiasm their fans have for their brands and use it to compete against the monstrous marketing budgets of the multinationals.

“Fosters and Lion Nathan, their economies of scale allow them to have a network where their cost per unit comes down, so they can market and sell all of this stuff relatively efficiently. There’s no way I can compete with that,” Denham says.

“So what’s our competitive advantage? It’s definitely not our size and our budget. It’s the quality of our product and the passion of our customers.”

Agora Gourmet is available now in the Apple and Google app stores.