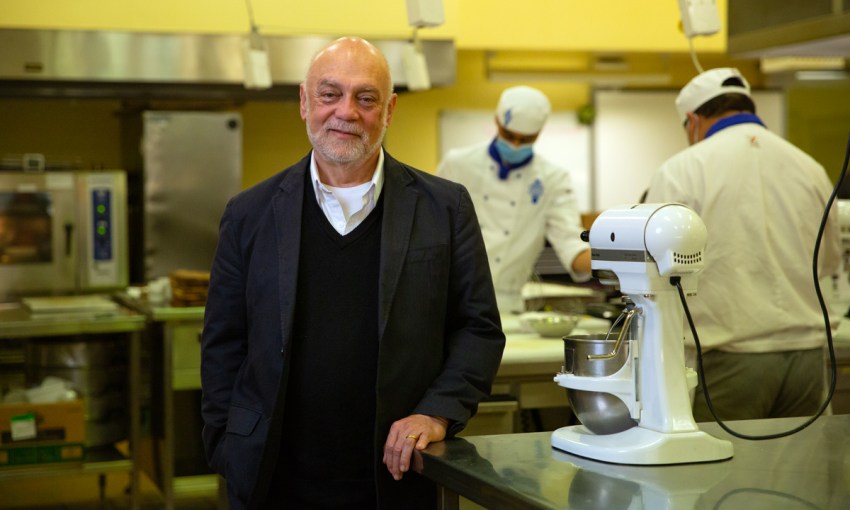 Increased spending is seeing the hospitality industry’s post-COVID recovery progress, but, according to executive dean at Le Cordon Bleu Australia, Professor Alan Bowen-James, businesses are “screaming out” for workers.

New figures from the Australian Bureau of Statistics (ABS) show Australian consumer spending in food and hospitality continues to rise each month in 2022.

Alan says the increase in spending is welcome but the industry is under pressure, with a lack of staff and rising costs of goods.

“We are both excited and relieved that the sector is recovering and more people are getting out and enjoying life with others, especially at cafés and restaurants, but the industry is screaming out for workforce,” says Alan, speaking to CityMag at Le Cordon Bleu’s Regency Park campus.

“It doesn’t matter who you talk to, they’re short of staff and are struggling to provide services.”

He says this shortage is because of the absence of international students, who typically work in varied roles across the hospitality sector.

A reported backlog in Australia’s student visa processing in 2022 has meant the return of international students has been a trickle since students returned in January.

“More often than not, international students and other migrants work in the hospitality industry,” says Alan.

“These are students who may be doing anything from electrical engineering to aviation but still serve a function in the value chain, because there are many jobs for which either Australians are not interested in or they simply have other opportunities.

“International students are an incredibly important part of the economy, making up an ecology of services from the low-skilled all the way up to the highest-skilled chefs and managers.

“It can be at an entry-level position, such as a delivery driver, to the more sophisticated level of baristas, serving in restaurants and hotels.”

He says student workers help maintain a feasible cost structure across the industry.

“Without them it becomes unviable, and we could witness the collapse of many of these middle-tier hospitality institutions. There’s a big gap there and many businesses are struggling.”

To help the industry’s recovery, Alan wants to see the Federal Government expedite the processing of student visas, but also make courses at schools like his more attractive to domestic students by reducing tuition taxes that are waived for international students.

Pre-pandemic, international students made up about 90 per cent of Le Cordon Bleu’s student cohort. The training organisation saw its “fantastic” 2019 student enrolment numbers evaporate in 2020 and 2021.

Alan says in 2022 some students were accepted into Le Cordon Bleu courses but had to defer because they were waiting for visas.

“The backlog of processing student visas and the tax on domestic students are huge barriers to getting everything up and running,” he says.

“The visas are a blockage and it’s stopping the flow.”

The good news is there is plenty of work for anyone wanting to pursue a career in hospitality. Alan is also optimistic about the industry’s future, despite inflation.

“Hospitality is booming and will continue to boom; inflation won’t stop that,” he says.

“It means people are moving away from other more expensive activities like travel, renovations or a new car, and are now spending that money in hospitality.

“The situation is not all negative, and if we removed some of these roadblocks for international students the industry here could really recover much faster and grow significantly.”