Inside the new Coopers malting plant

Coopers is changing its business – bringing a big part of the beer-making process in-house with its own malting plant that will provide for their own product and for the craft beer industry at large. 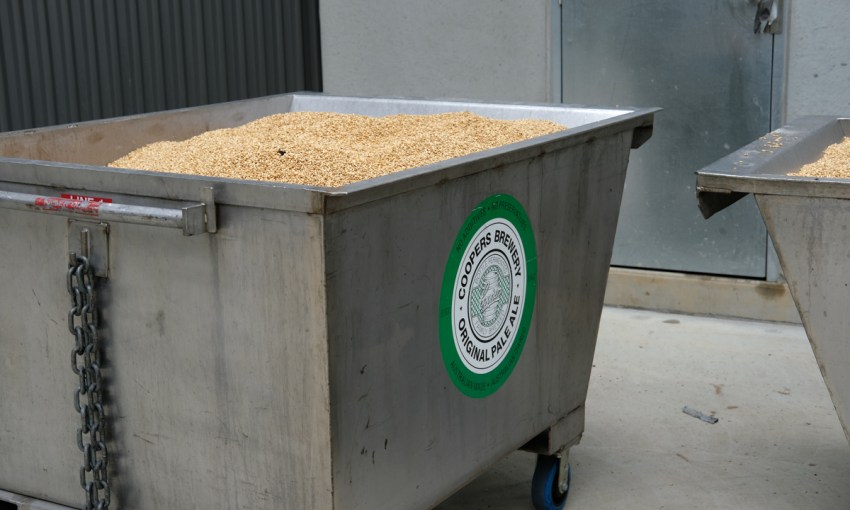 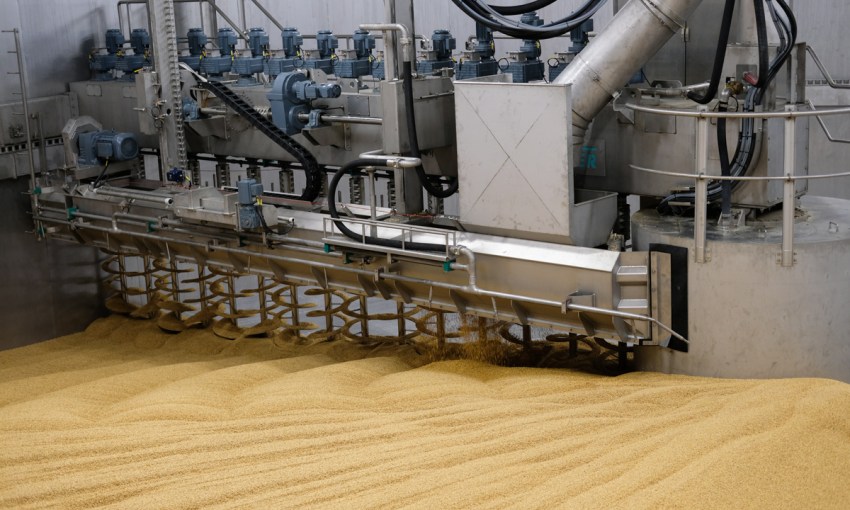 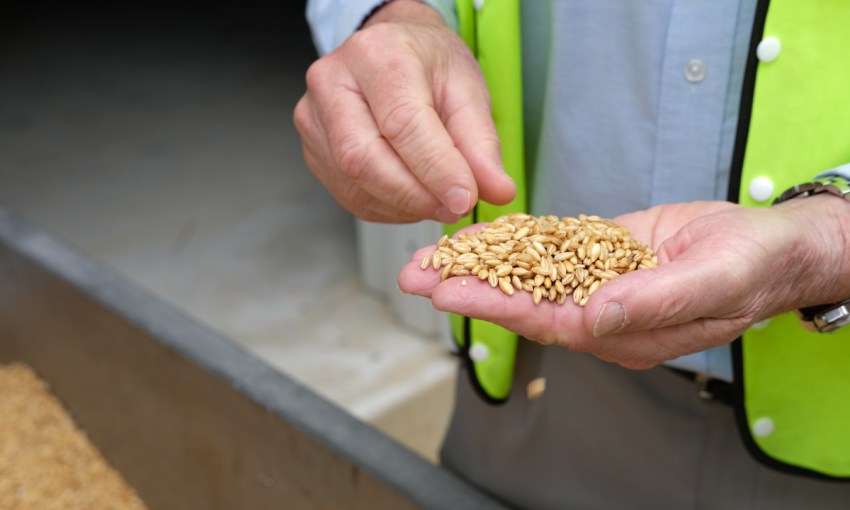 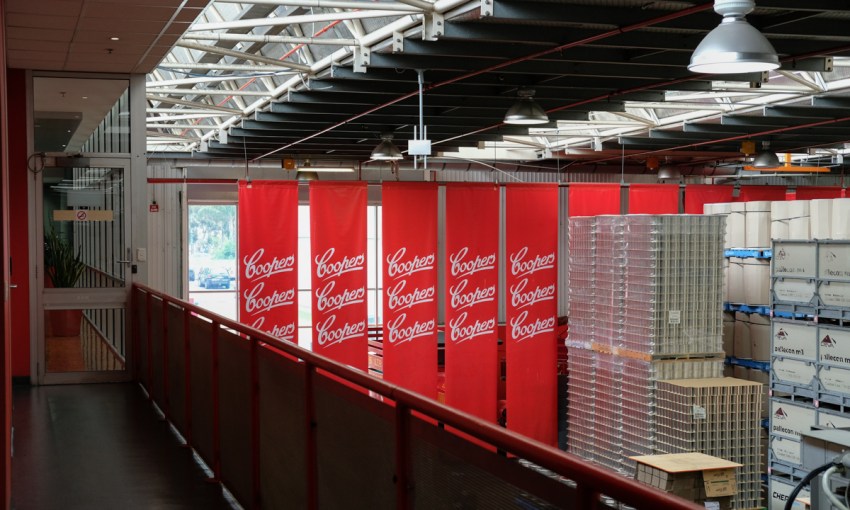 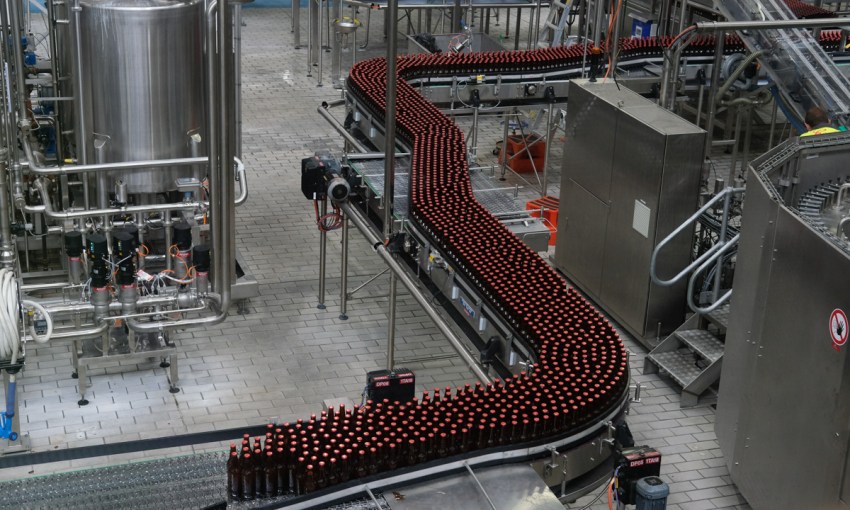 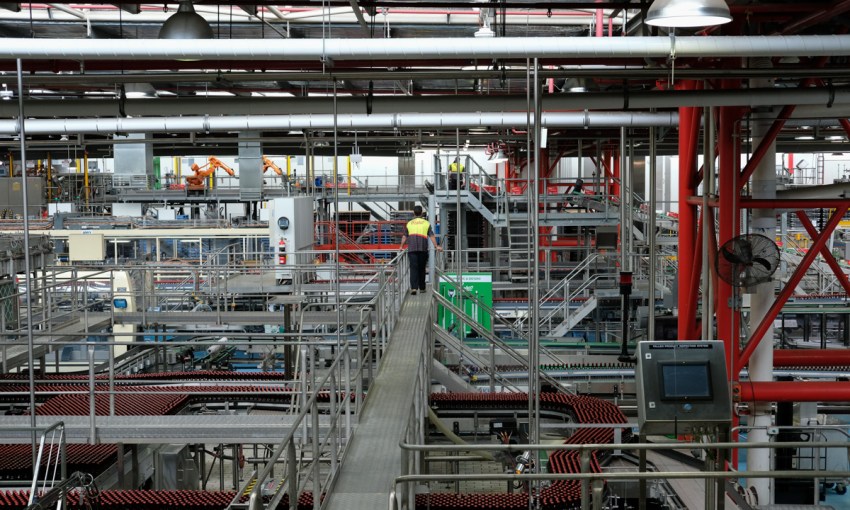 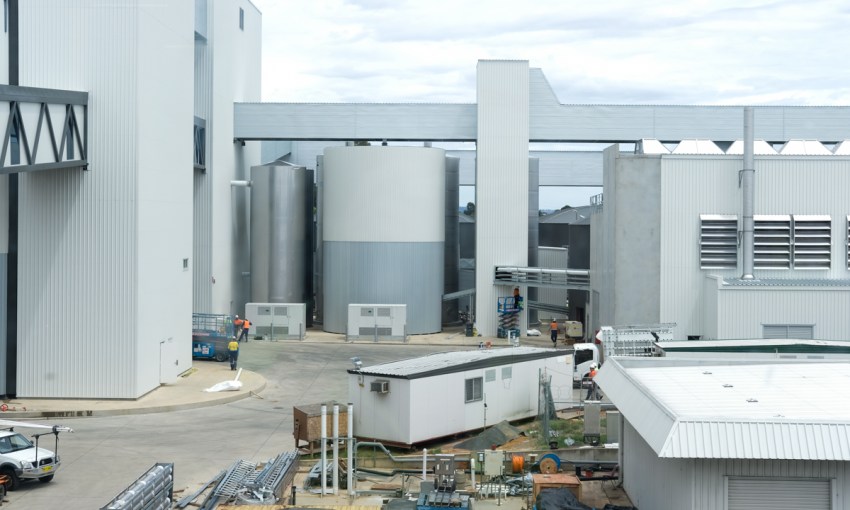 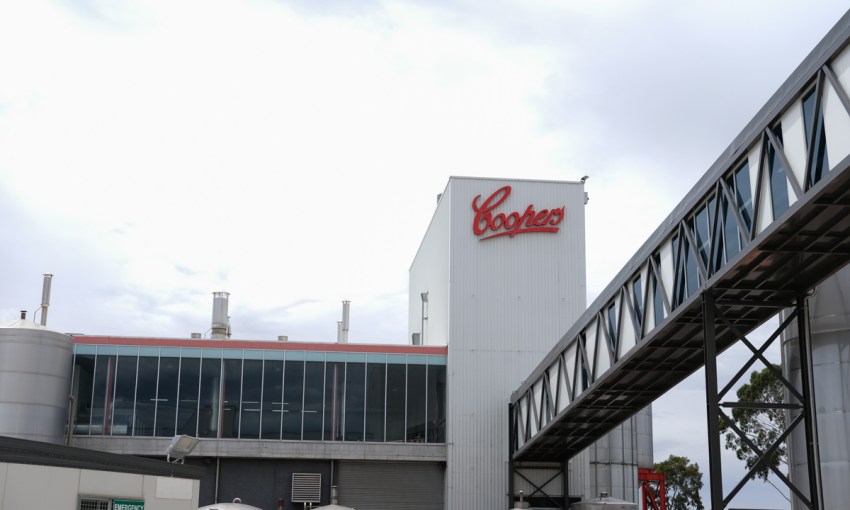 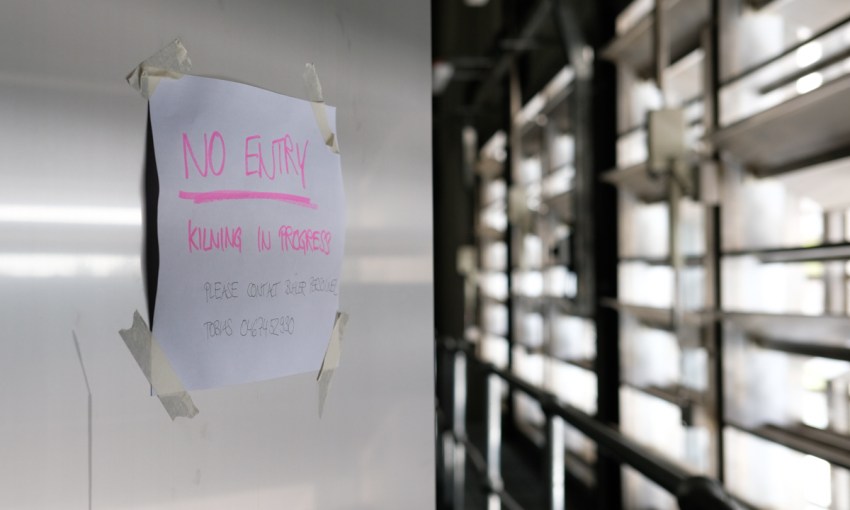 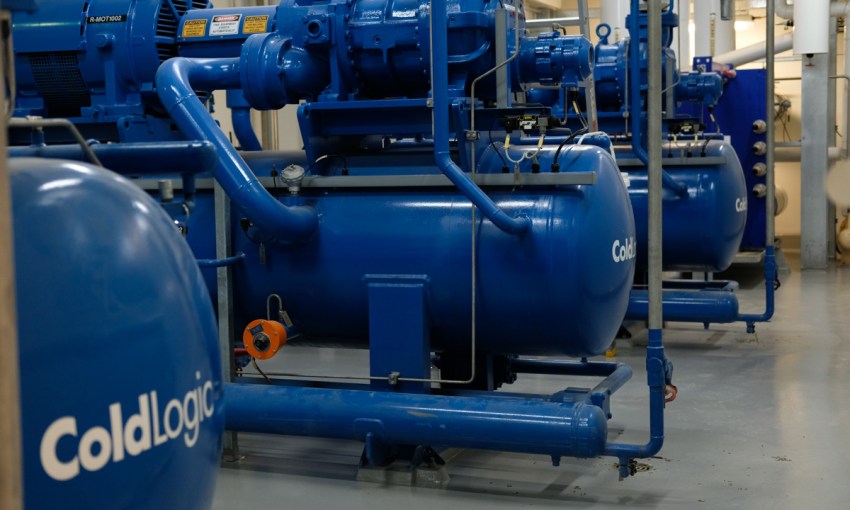 We’re standing in the courtyard behind the brewhouse, looking at two-years of construction, $65m worth of investment, and a dream come true for Doug.

There are still workers in hard hats and hi vis applying finishing touches, a crew from Germany is tinkering with the state-of-the-art software, but the scale of the build immediately suggests this project is a big deal.

Once completed, the facility will have an output of 54,000 tonnes of malted barley, a third of which will go into the brewery, another third will be sold into the domestic craft beer market, and the final third will be exported overseas.

This will result in small gains for the company’s bottom line, but that is hardly the point. For the brewery, it’s about regaining control of a process they sold off 15 years ago.

Coopers’ first foray into malting occurred in 1986, but by 2002 the family was looking for a way to keep the company debt down as they moved the brewery from Leabrook to Regency Park. They sold off their malting interests.

Doug was working for Coopers at that time – his first “real job” out of uni – but stayed with the malting operation after Coopers sold out, and through several company sales and mergers. 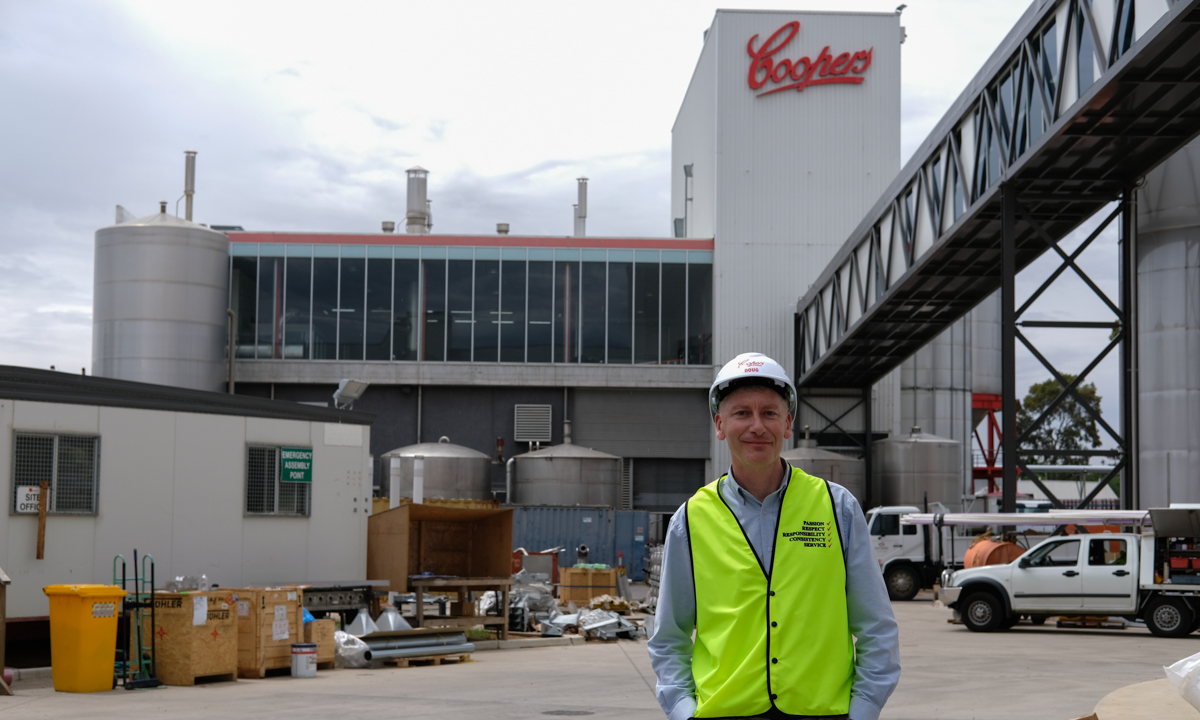 He recalls a vague promise that Coopers would one day get back into the maltings game, and this is the realisation of that promise, 15 years later.

Doug points out that this new project looks very unlike any other malting plant.

“It is a beautiful maltings,” he says.

“A normal malting facility is pretty agricultural, because they’re that interface between farm and the food industry. They’ve got exposed conveyors, cheap and nasty finishes on everything, there are no architectural features.

“In this one we’ve had an architect sitting around a design table, talking about the way the light’s going to cascade in, and vistas through the maltings – I’d just never seen that before.

“There are millions of dollars of architectural features in this maltings, things like stainless steel tanks; in a regular maltings they’d be concrete or plastic, you know? Colorbond with silos – you just don’t get that.

“It’s going to be an absolute privilege to work here, you know? Everything is just so well designed.”

Aside from the aesthetics and the greater control over raw materials, Doug is also excited to use the project to kick-start a more nuanced malting industry in Australia, bringing back heirloom varieties of barley.

“We’ve resurrected this variety, schooner, largely for the craft industry, and the reason we’ve done that is it’s a variety from a simpler time,” Doug says.

“It’s got a great history, it’s easy to brew with, it’s easy to malt, it’s got good flavour, and so we’re sort of going backwards in time and bringing this old variety back again.

“It’s something that craft brewers are doing all over the world, wanting to see these heirloom varieties come back.”

Given craft beer’s growth, counter to the downward trends of people drinking beer generally, the plant is an opportunity for Coopers to make the most of what Doug describes as an already symbiotic relationship.

“This is my own private philosophy, but Coopers and the craft industry are kind of linked,” he says.

“You see in the craft industry, people move to Coopers for a flavoursome beer, they might move to a craft [label] for a very hoppy beer, but they’re always going to come back again for a nice Pale Ale or Sparkling Ale, and they’ll just move between those two depending on what takes their fancy. So it’s a really nice relationship.”

The malting plant will see Coopers forge closer relationships with barley producers, and they plan to make the most of this, labelling the origin of the malted barley and releasing single origin malts, giving terroir the same prominence in beer as it has in the wine and coffee industries.

“I think the craft brewers will use it as a selling point for their beers. They might want to do a seasonal beer and say ‘here’s our seasonal beer from Clare Valley,’ or they might be in the Clare Valley and saying ‘here we go, we’re using grain from our own backyard,’ sort of thing.

“We’re not making much in the way of specialty malts here, so roasted malts or crystal malts [but] that might be the next project in two to three years’ time, bringing that roasting on board.”

The malting plant will be fully operational in the New Year, and 80 per cent of their output is already sold, making Coopers a major player in Australia’s malting game once again.