With a few single-release vintages under its belt, Hills Collide has now expanded to four bright and fruit-forward spring release wines, launching at Ferg's on Saturday, 7 December.

The first full lineup of Hills Collide wines, the collaborative efforts of winemaker Mitch Fitzpatrick and Proof co-owner Shane Ettridge, will launch at Ferg’s in Stepney on Saturday, 7 December.

The very first (and very unofficial) Hills Collide release came in 2013, when the duo made grappa from some Clare Valley sangiovese, when Mitch was still a winemaking student at the University of Adelaide’s Waite Campus.

Shane shared the creation with the bar staff at Proof and was heartened by the response.

“I gave it to the somm at Press* blind, just ‘Hey, try this spirit,’ and he’s like, ‘Oh, this is grappa. Is it from Barolo or Barbaresco or something?’ I was like, ‘Nah bro, it’s from Mile End,’” he laughs.

Hills Collide truly took hold in the 2016 vintage, when Shane and Mitch were offered some nebbiolo from the Kuitpo subregion of the Adelaide Hills. As Adelaide Hills natives – they met in ’96 as students at Mount Barker South Primary – the region felt like a natural basis for their shared business.

“We both liked Italian varietals and we were told we could get access to a great nebbiolo vineyard in Kuitpo, and it was sort of like, ‘Right, we’ve been talking about this for a while and we’ve got a chance now, should we invest?” Shane recalls

“Justin Lane was a big influence in that first year, helped us out a lot, and we made it in his front yard in Aldinga under a gazebo. One fermenter, under a gazebo, and we made one barrique in 2016, and we were pretty shocked at the outcome.”

“Turned out to be a cracking vintage and we ended up making probably one of the best wines we’ll make,” Mitch laughs.

Mitch was out of the country for the next vintage, and low yields meant the fruit they had used the previous year was not available to them, so Hills Collide took a year off.

In 2018, the brand released its Dolcetto, which was also well received, and this year, Hills Collide has expanded its range for the first time, with an initial release of four 2019 wines.

“To date it’s just been one wine and then one wine. Now we’ve got a few more things for people to look at, and there’s going to be a commonality amongst the four wines, and we’re about to find out if people are into it or not,” Shane says.

The range has been previewed at tasting pop-ups and at Bright Moments’ spring edition, but the official Hills Collide release party is happening at Ferg’s this weekend. 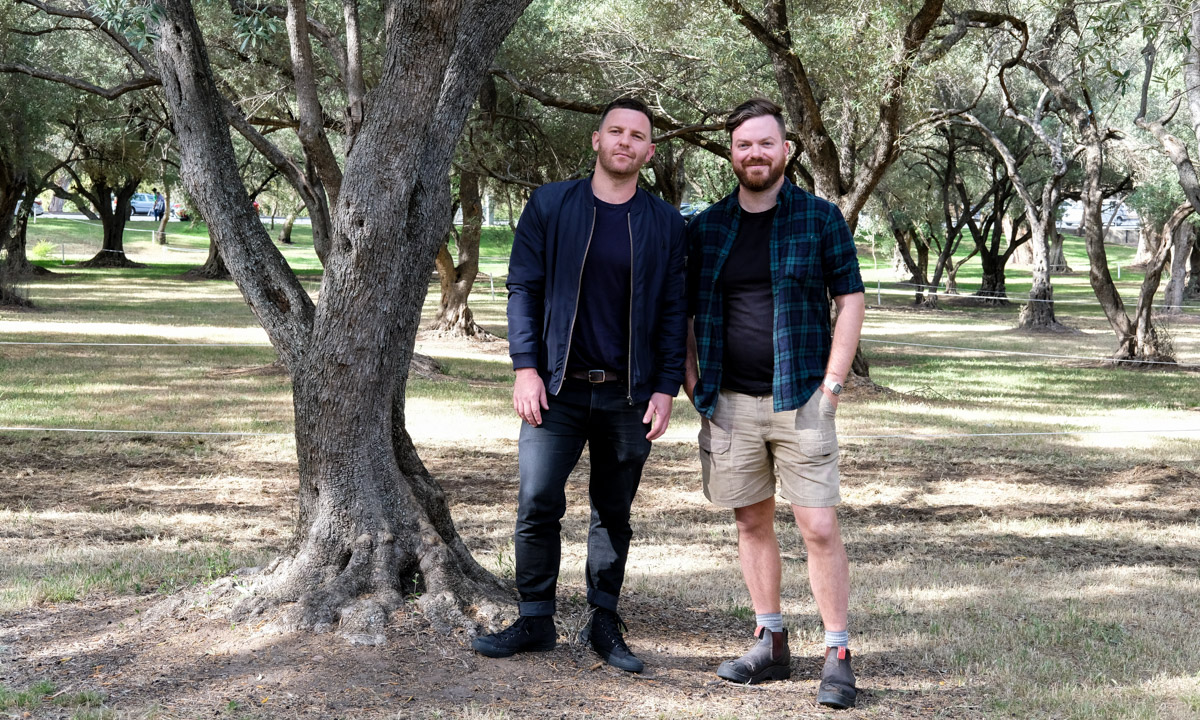 The first in the range is the off-dry grüner veltliner, a slightly sweet and low-alcohol white wine Mitch describes as “hangover booze.”

“Grüner veltliner is the national grape of Austria. I went and did a vintage there in ’14 and fell in love with the variety,” he says.

“It’s riesling-esque, with a little bit more fruit weight and less phenolics. It’s 15 grams residual sugar… [which] sort of takes this edge off and makes it bright and delicious and almost tropical and melon. It’s juicy.”

The Skinny is a one-third skin-contact verdelho, made to appeal to people looking for a more interesting take on the white variety, but who have yet to fully jump aboard the skin-contact train (i.e. Not Quite White attendees).

“It’s only one-third skin contact, so approachable in the sense that it’s not too aggressive,” says Mitch.

The Hills Collide rosé is predominantly made of white wine, using verdelho, as well as gewürtztraminer, which was then soaked on cabernet skins over a weekend.

The final wine in the Hills Collide spring release lineup is the return of the dolcetto, also known as the Light Red, which was made at Oddio in Bowden.

The thread that runs through all four wines is their fruit-forward nature and immediate drinkability. This is both a strength of the Adelaide Hills and Kuitpo regions, and is a consumer habit that Shane has seen over the bar at Proof.

“We certainly were talking about, when we go to a friend’s house, what’s on the table, what are we drinking?” Shane says.

“We certainly see it a lot in the bar – the market’s moving towards fresher, fun styles, and it’s not just the greater market, it’s certainly what we’re consuming as well.” 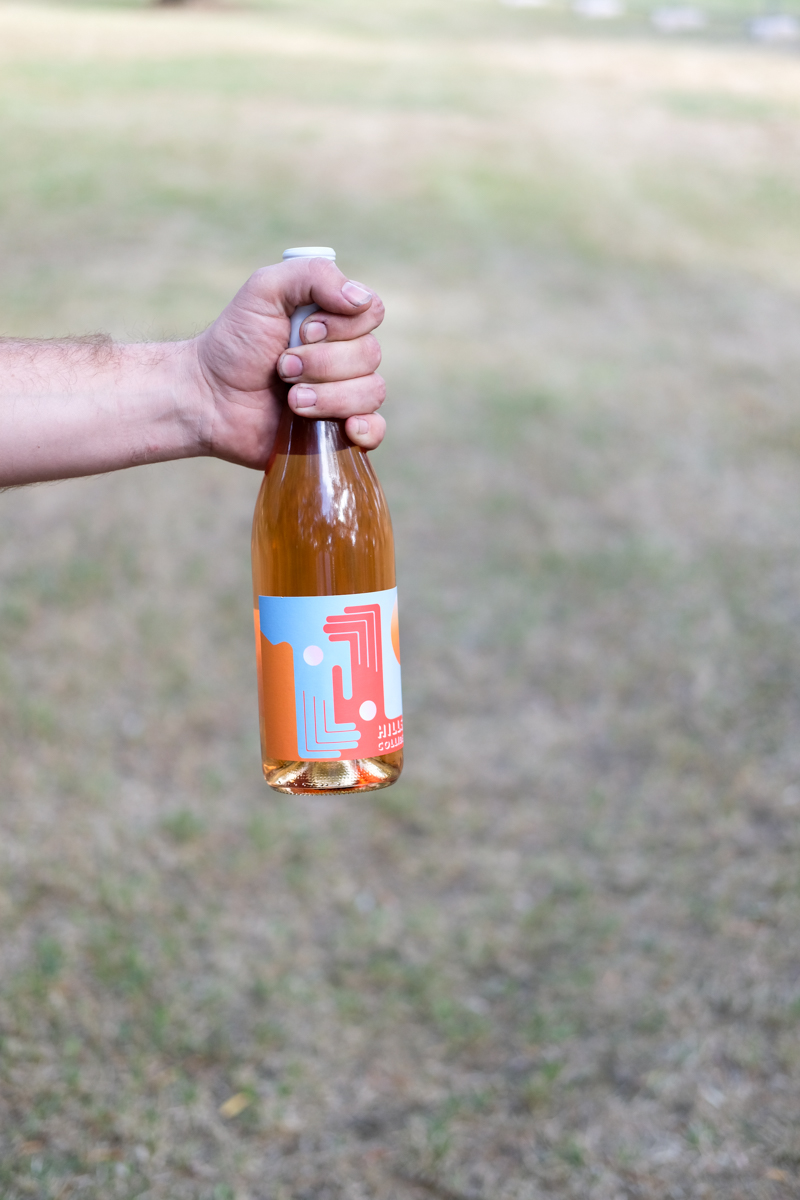 The Hills Collide rosé with label art by Abs Mohammadi

Shane and Mitch also hope for each vintage to be a true representation of the fruit and the broader conditions of that year’s vintage – not an uncommon target among winemakers –  and they’ve taken that concept and fed it into the Hills Collide 2019 labels, designed by former Proof bartender Abs Mohammadi.

Abs has produced all the labels for the previous Hills Collide releases (not including the grappa), but for this release he wanted to produce a more holistic concept for the range.

The labels are bright and fun, like the wines themselves, and they’re not likely to be around for long. Celebrate the launch and take a bottle or two home from Ferg’s this Saturday, 7 December, from 3pm. 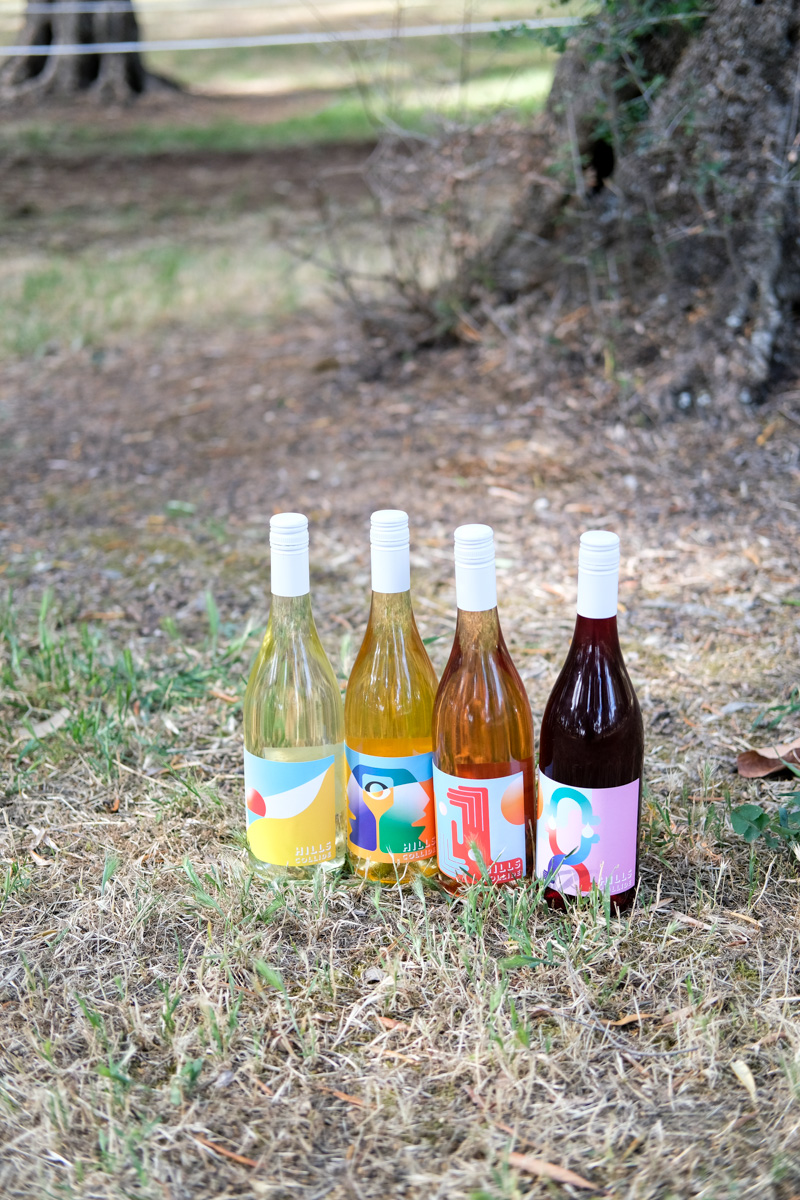