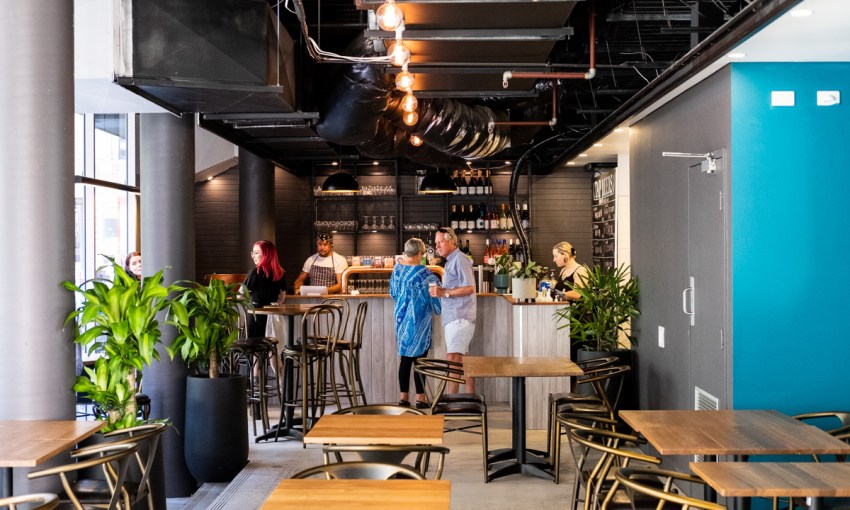 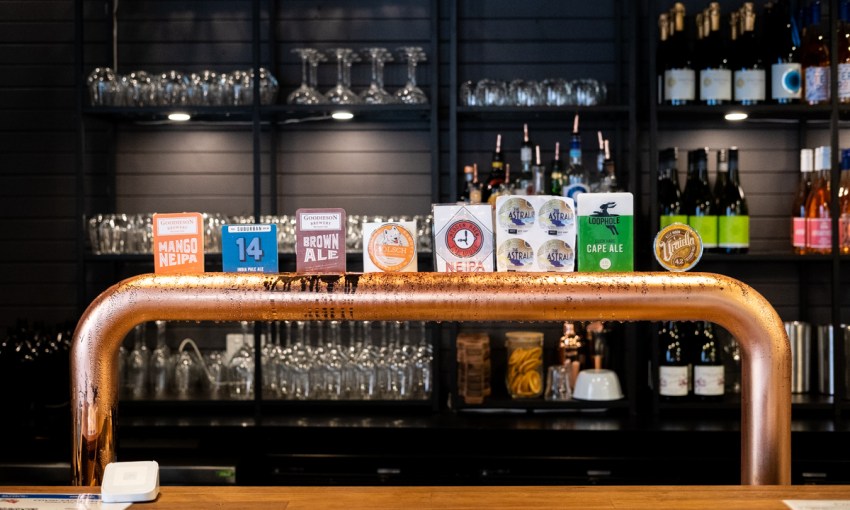 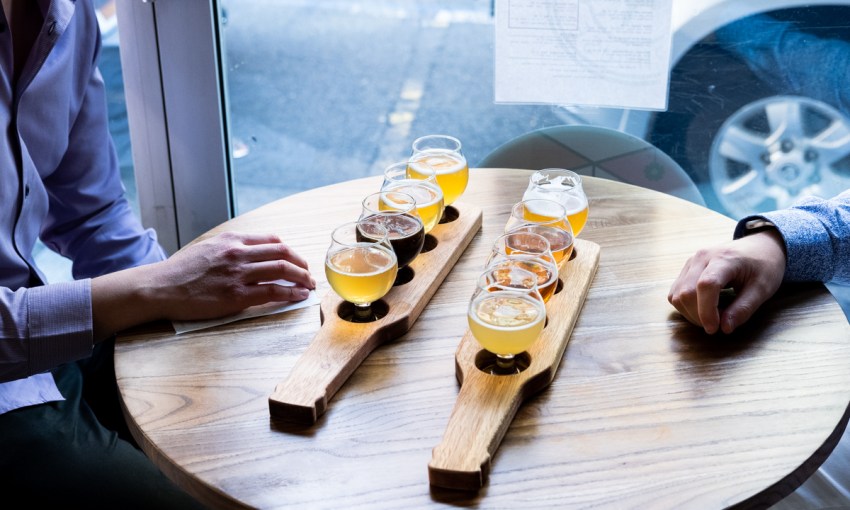 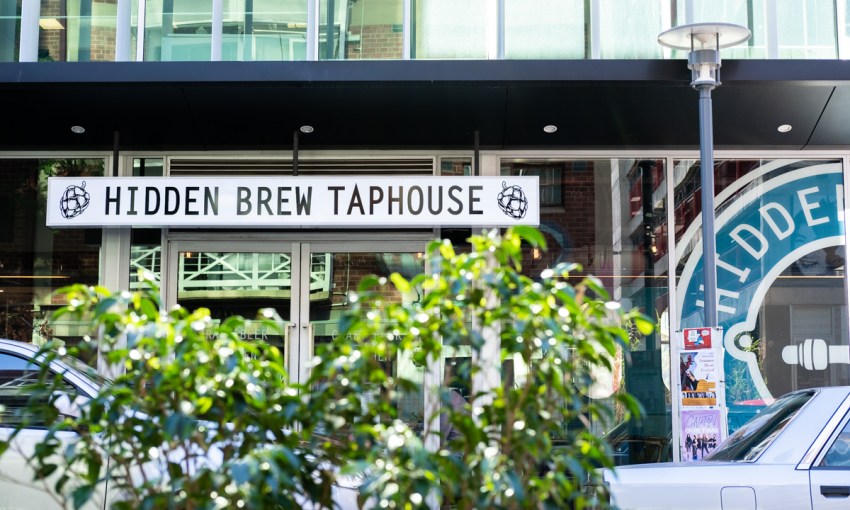 As South Australia’s brewing scene has expanded over the last half-decade or so, a plethora of new, locally produced beer has found its way into Adelaide fonts and fridges.

The way we consume these beverages, though, has remained mostly consistent.

Even as a number of new tap- and brewhouses have popped up and hospitality entrepreneurs capitalise on the burgeoning creativity of the industry, beer is still almost always served alongside pub grub.

Brewers in South Australia often lament the disparity in the perception of wine and beer (and not just in the eyes of the tax system).

Wine is considered a cultural product, a high-culture experience deserving of a dedicated hour and a bit of tasting, consideration and discussion. It is also capable of serving as the focal point of a multi-course meal, with all plated items revolving around the wine’s flavour profile.

Beer, in contrast, is best served with a cheeseburger.

But it doesn’t have to be this way, according to East End hospitality owner Mark Robinson.

Mark and his wife Debra first entered the East End as business owners two years ago when they founded Ebenezer Place café The Laneway. On Friday, 15 January they officially launched their second venue, Hidden Brew Taphouse in the old Burger Theory shop on Union Street.

Hidden Brew is beer-focussed, with a strictly South Australian booze offering. It was Mark and Debra’s intention to create a business that treats beer with the same reverence many East End venues treat wine.

“I didn’t want to do pub food or burgers or whatever, because there’s a plethora of it around here,” Mark says, “and I also didn’t want the venue to be the typical sort of blokey taproom, with chicken wings and fried whatever.

“I eat those things myself, but we’re in the East End of Adelaide, I felt it needed to be a little bit more upmarket.”

The South Australian focus is also found in the food offering, with a majority of the ingredients sourced from within the state and from as close to the source as possible. 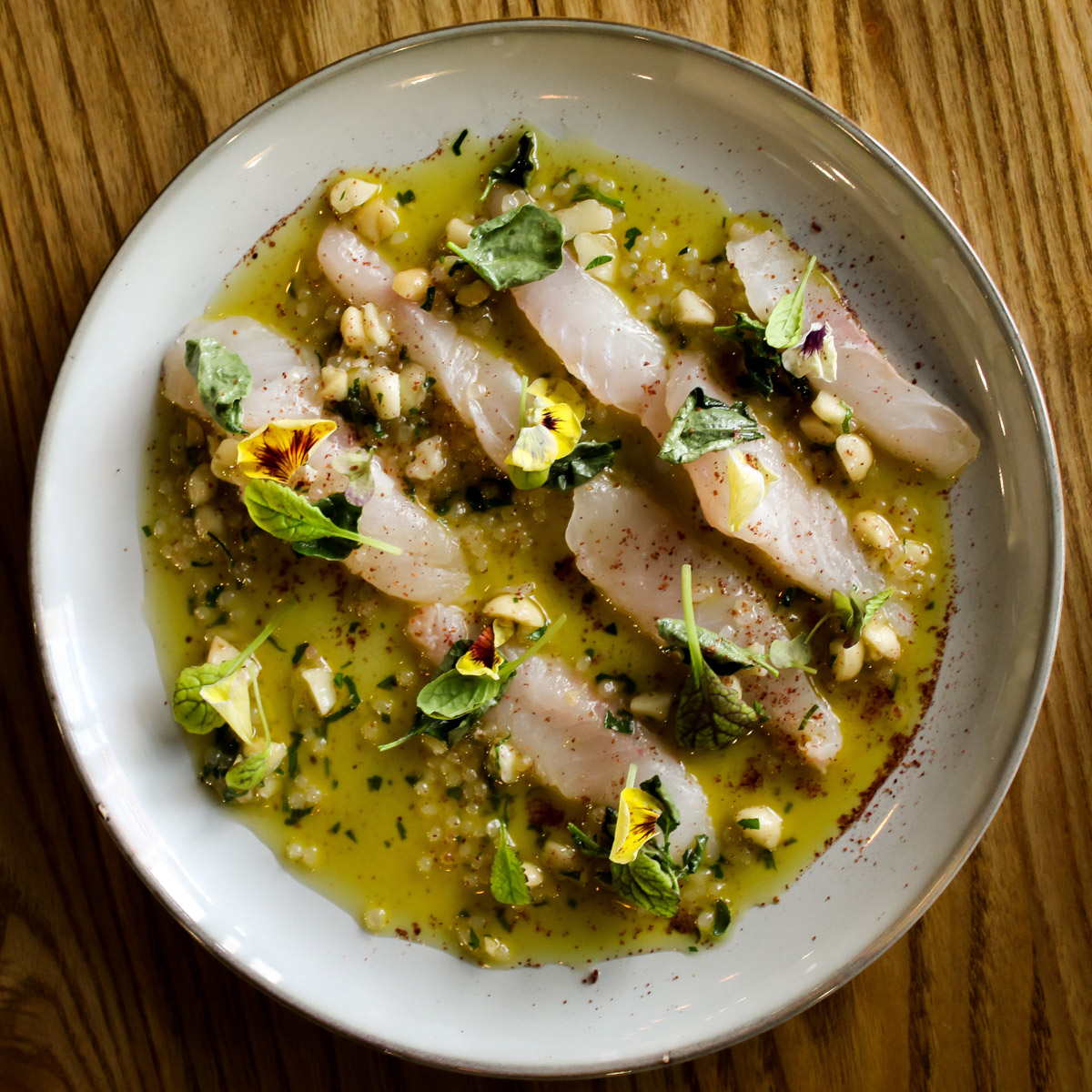 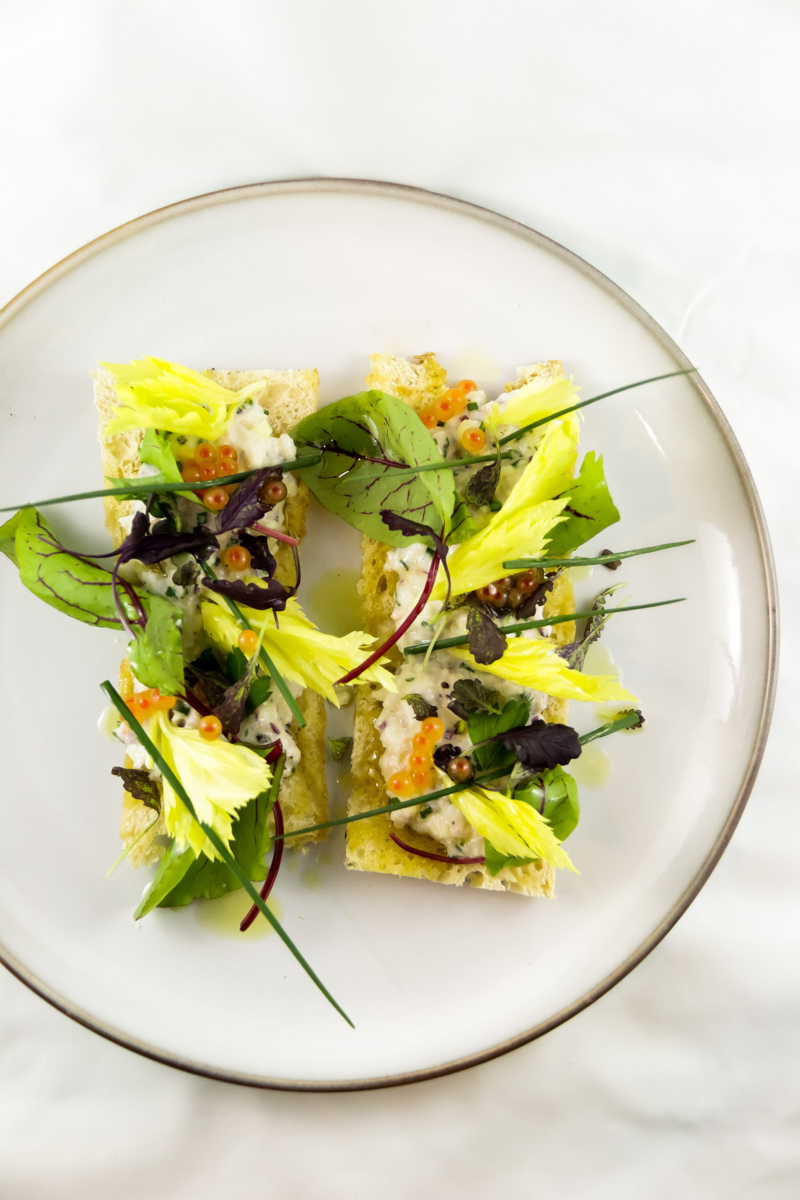 “Beer and food matching is not something that’s been done a lot of locally, and I think there’s an opportunity – particularly [given] craft beer is now so diverse,” Mark says.

“You look at some of the sours – and we’ve got the gold medal[-awarded] Austral, which is a sour beer made by Loophole down in the South East… It’s got petit verdot grapes in it, so you’ve got that almost wine-like flavour to a beer…

“It gives us the ability to expand and perhaps grow people who don’t like beer into, you know, beer isn’t just West End or Carlton Draught, it can be something quite different and paired with food.

“We’re already starting to look to schedule some beer and food matching dinners, where we’ll get a brewer come along, we’ll have a menu specifically to match the beers, and actually talk through, like people do with wine dinners.”

All of the beers at Hidden Brew are from independent South Australian breweries (meaning Pirate Life doesn’t make the cut due to their position in the CUB family tree). Mark, who is a one-time home brewer himself, is excited to showcase the many new breweries that exist in South Australia, and is partnering with some of them to produce beers specifically for Hidden Brew.

A New England IPA has been produced by Mount Barker brewery Silver Bark.

“Anthony Mibus (Silver Bark founder) had never done a New England IPA, so he was quite excited to do something that he hadn’t done, because he tends to brew a lot more European-style beers, rather than the American style,” Mark says.

“And we’re already talking to a couple of other breweries to, again, do some collab.”

Hidden Brew has nine regularly rotating beer taps in total, and a large selection of packaged brews as well. 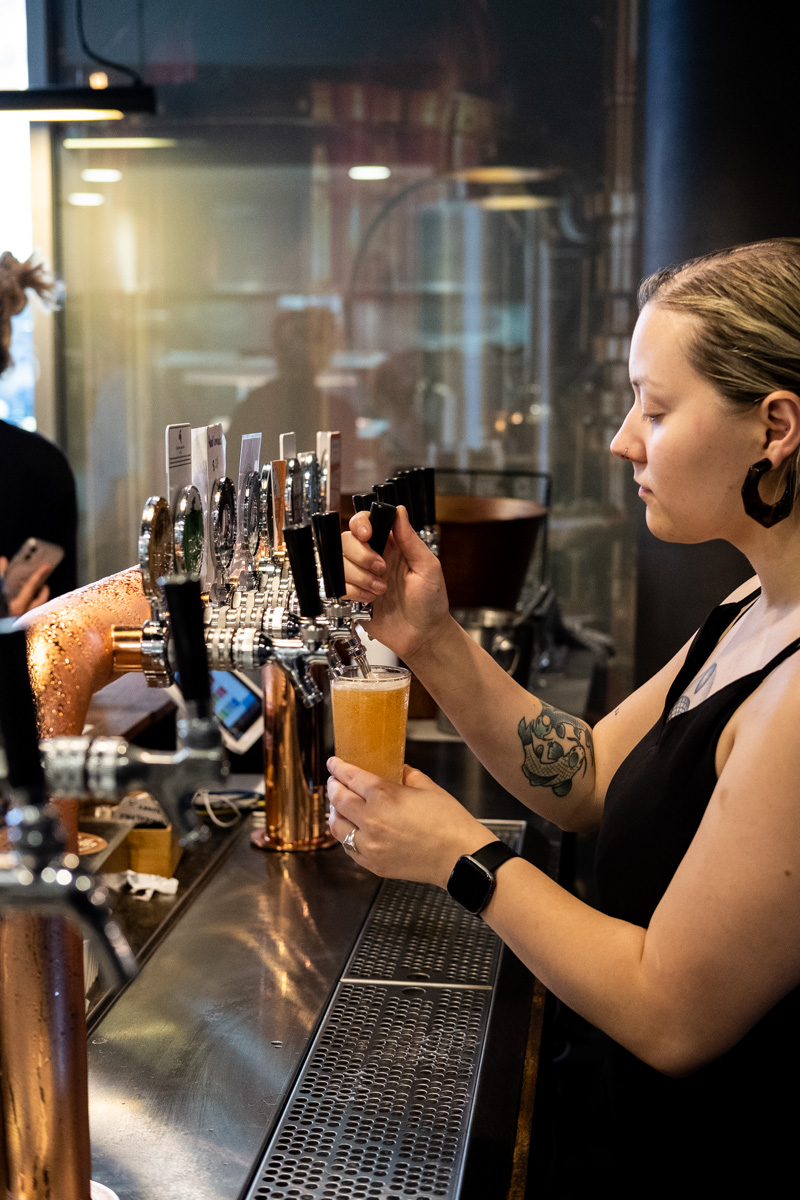 There are, of course, drink options for non-beer fans, with a wine list curated by venue manager Imogen Paterson, who has Restaurant Orana and Hellbound Wine Bar on her CV.

Many of Hidden Brew’s neighbours are wine-oriented venues, but Mark sees his new venue’s beer focus as an asset to the East End.

“I think it benefits all of us that are in hospitality and retail in the East End, the more there are and the more diverse places there are, the more people go, ‘I don’t know what I feel like, let’s go into the East End, there will be something that will take our fancy,’” Mark says.

“I think we’re a great addition to what’s here. We love the East End. We’ve been so happy that we bought a café here two years ago… You see the opportunity for further growth for the East End with things like the events and the road closures and all of those sorts of things. So we’re really keen to be a part of it.”

Hidden Brew Taphouse is located on the corner of Union Street and Ebenezer Place and operates Wednesday through Sunday 12pm ‘til late. 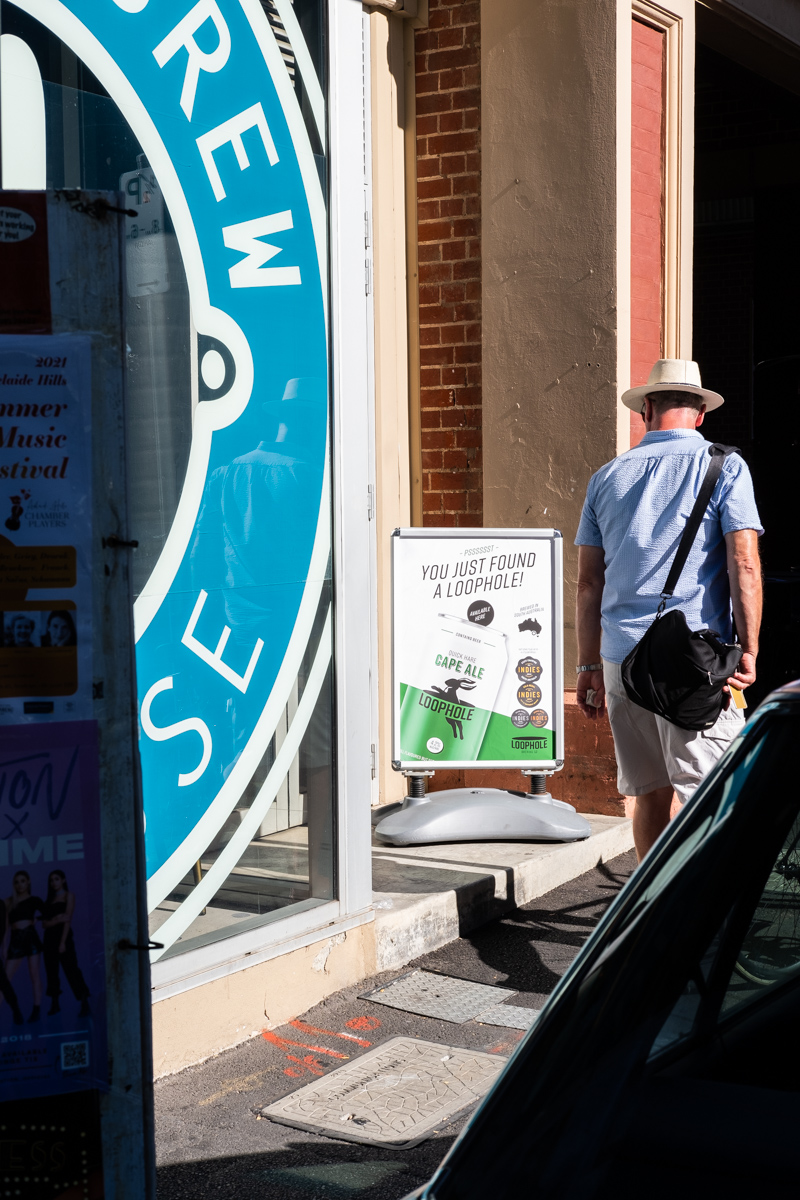