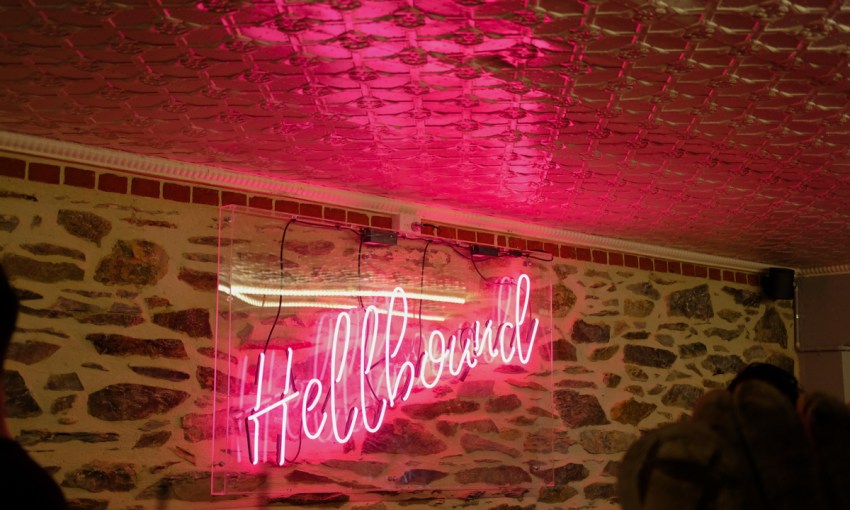 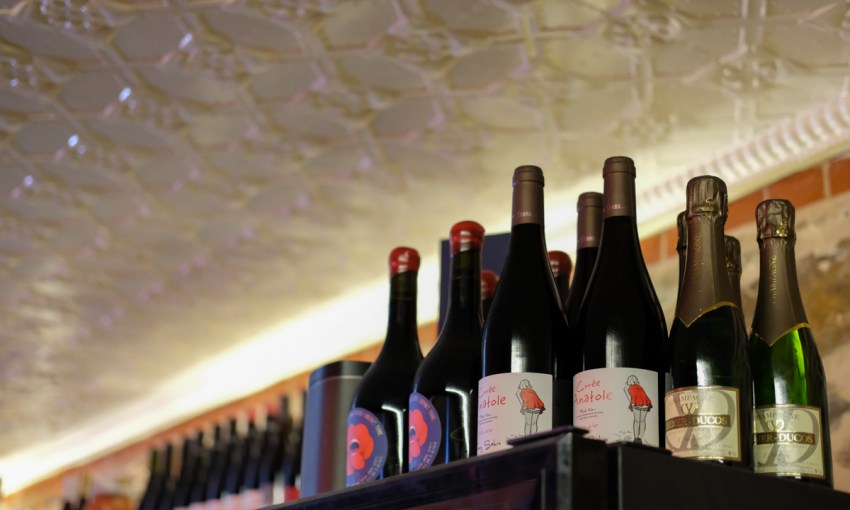 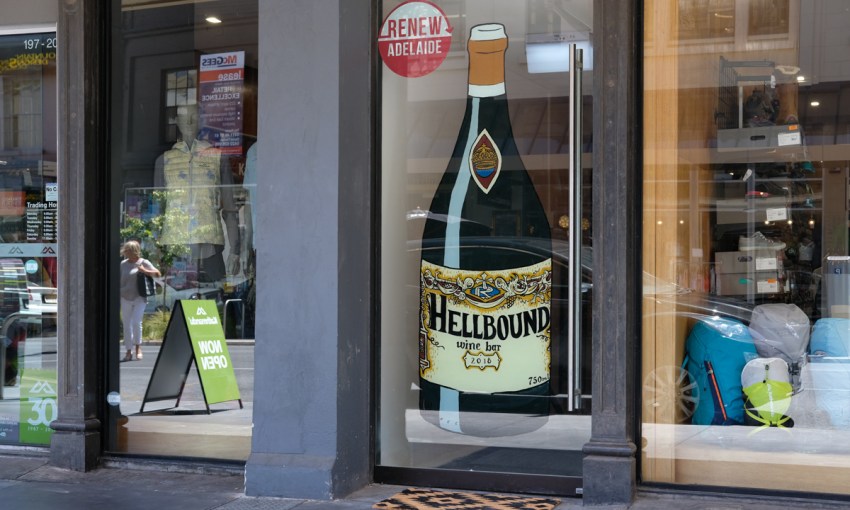 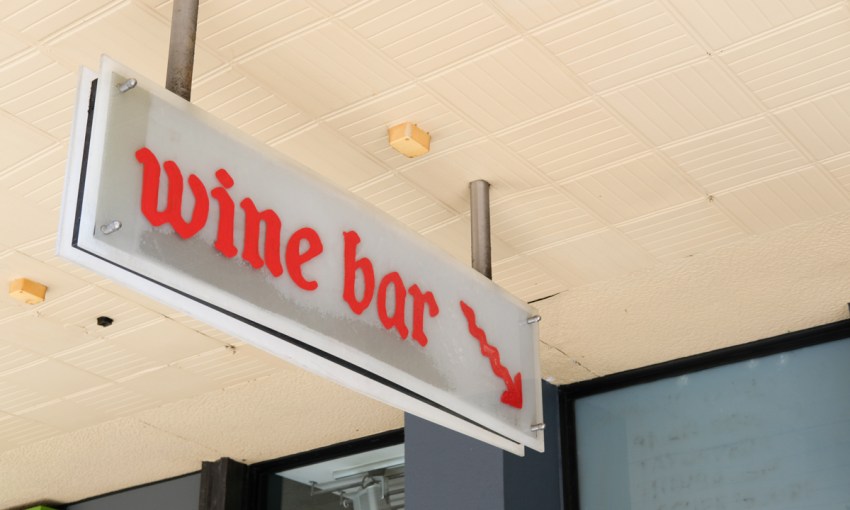 There are few hospo heads in Adelaide with as much industry clout as that of Mark Reginato.

With around 20 years of experience in hospitality, and currently running two distribution businesses – Connect Vines and Man of Spirit – the guy knows how Adelaide likes to eat and drink.

Hellbound is located underground at 201 Rundle Street, and opens Wednesday to Sunday from 4pm until late.

And so, when CityMag visits Hellbound, the fresh-off-the-Renew-listing-page Rundle Street wine bar (not a bar with wine, so we’ve read), there is a sense of inevitability in the underground space.

This could also be due to the fact the concept has been forming between Reggie and his business partner, winemaker Louis Schofield, since 2016.

“We just had a funny joke of ‘Why don’t we do a Fringe pop-up?’” Reggie recalls.

“This place came up, and we were just going to do something weird, and it just developed.”

After deliberating over the idea of a pop-up, the duo realised the costs involved would not be worth the short-time investment. Instead, Hellbound is adamantly not a pop-up, and is an investment in bolstering the East End’s already strong wine presence.

“It’s a wine bar for everybody,” Reggie says. “We’ve got a sliding scale of wine, from classic to contemporary, for young, for old – we want everybody through the doors.”

“We have wines starting at $8 a glass, and going up to $2,000 a bottle, and literally every price point in between,” Louis continues.

“[But we want to] have some fun with wine, because at the end of the day, it’s a fancy way to get pissed, you know? Wine’s a million things to a million people, but I think it’s important to not be pretentious with it and have a lot of fun with it.”

Though the presence of empty tenancies across the road from the bar make it “a little bit scary and daunting,” Reggie says, both he and Louis have a strong kinship with the precinct and are confident in what they’ll bring to the tumultuous strip.

“I’ve spent the last pretty much eight years of my life in wine in the East End, so the East End is home for me,” Louis says.

“Over that time, it has developed into more of a wine hub too, with East End Cellars, Mother Vine, Hey Jupiter, Blackwood, Orana, Africola, Golden Boy, the National Wine Centre as well – all these places are very wine-centric.

“I think the West End has this amazing bar culture, and of course there’s great restaurants and bars on both sides, but it seems like [the East End] is becoming more and more so a little core.”

He also has a plan for bridging the perennial East/West divide.

“We’re calling this side of Frome Street ‘Rundle Street West’,” Louis laughs. “So we’re in the West End of the East End. It’s us and Café Michael and The Austral.”

The space also functions as a heritage renewal project for Renew Adelaide, which receives a portion of funding from the City of Adelaide dedicated to restoring heritage in the city.

Where once firmly stood two layers of “very, very orange” plaster, Louis and Reggie have uncovered 130-year-old stonework and restored the pressed tin roof to its former glory. From then, it was easy to decide on the direction of the fit out.

“We didn’t have an architect or an interior designer or a project manager or anything like that, we did it all, with Renew, we all worked on it together, and I think, in the end, it’s like minimal intervention winemaking,” Louis says.

“We just started with great fruit – these walls, this ceiling, this amazing space, and we didn’t mess around with it. We just left what was here, and the legacy of this building, and the heritage of this building just shines through.”