Pirie Street restaurant Soi 38 is popping up at Leigh Street Wine Room this weekend, kicking off the first in a run of guest chef lunch events at the wine bar, as part of its Good Times Sundays Winter Series. 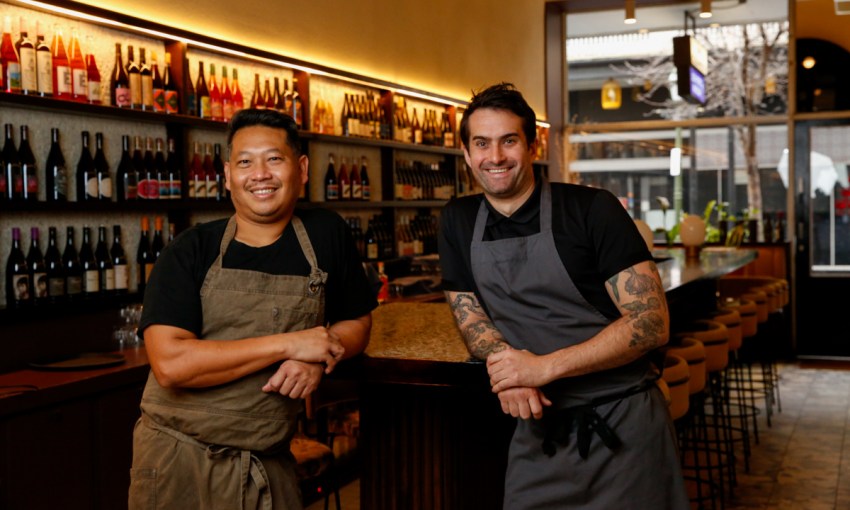 Leigh Street Wine Room is opening its kitchen to a roster of guest chefs throughout winter, starting this weekend, with Soi 38 popping up behind the pass.

The West End restaurant has been running a casual lunch series, called Good Times Sundays, since March, in which the in-house kitchen team devises a weekly once-off lunch menu.

“I’ve been very lucky to cook a wide scope of cuisine, but a lot of these boys that have been cooking in Adelaide maybe haven’t, or maybe are really interested in Thai food but don’t want their careers to go that way.

“It’s amazing that we can get these young chefs into a different style of cooking with a different chef running the pass. You’re always going to learn something.”

Peter and Soi 38 founder Terry Intarakhamhaeng have programmed a Thai menu, with some references to north-eastern Thailand. Peter is excited to show diners his take on gaeng hang lay, a sweet and sour pork curry, and Terry’s whole fish with turmeric and lemongrass is a dish he says “you wouldn’t be able to find that anywhere, even in the whole of Australia”.

“I think the menu is quite standout,” Terry says. “That’s the kind of thing that we try and present: honest cooking, good-looking food, extremely flavoursome.”

While Leigh Street Wine Room is known for its European style of cooking and Soi 38 for its regional expressions of Thai food, the two chefs say the venues do have a common approach.

“We’re both strong with how to present wine and food to complement each other,” Terry says. “Because we take our wine list quite seriously [at Soi 38] as well.”

Each event in the Good Times Sunday Winter Series is $80 a head and will consist of “five-to-six courses”, Peter says.

On the day we meet, details are scant on what drinks will be on offer during the Soi 38 edition (CityMag interrupted a menu-planning meeting between the chefs), but Peter promises additional options, on top of the extensive natural wine selection the restaurant is known for.

“Our wine producer, she’s extremely passionate, and she’s already started to source some Thai-style alcohols, with infusions and stuff like that,” he says. “We’re definitely going to put a Thai beer on… There’ll definitely be some extra stuff, for sure.”

There will be four Winter Series events in total, one per month running up until September. CityMag has been sworn to secrecy on the guests programmed for upcoming sessions, but Peter gives a few clues: “We’re doing it with another wine bar in Adelaide, and then we’ve got two chefs that Meira (Harel, general manager of Jay Patel’s hospitality group) used to work with coming over,” he says. “They’re both pretty high profile.” 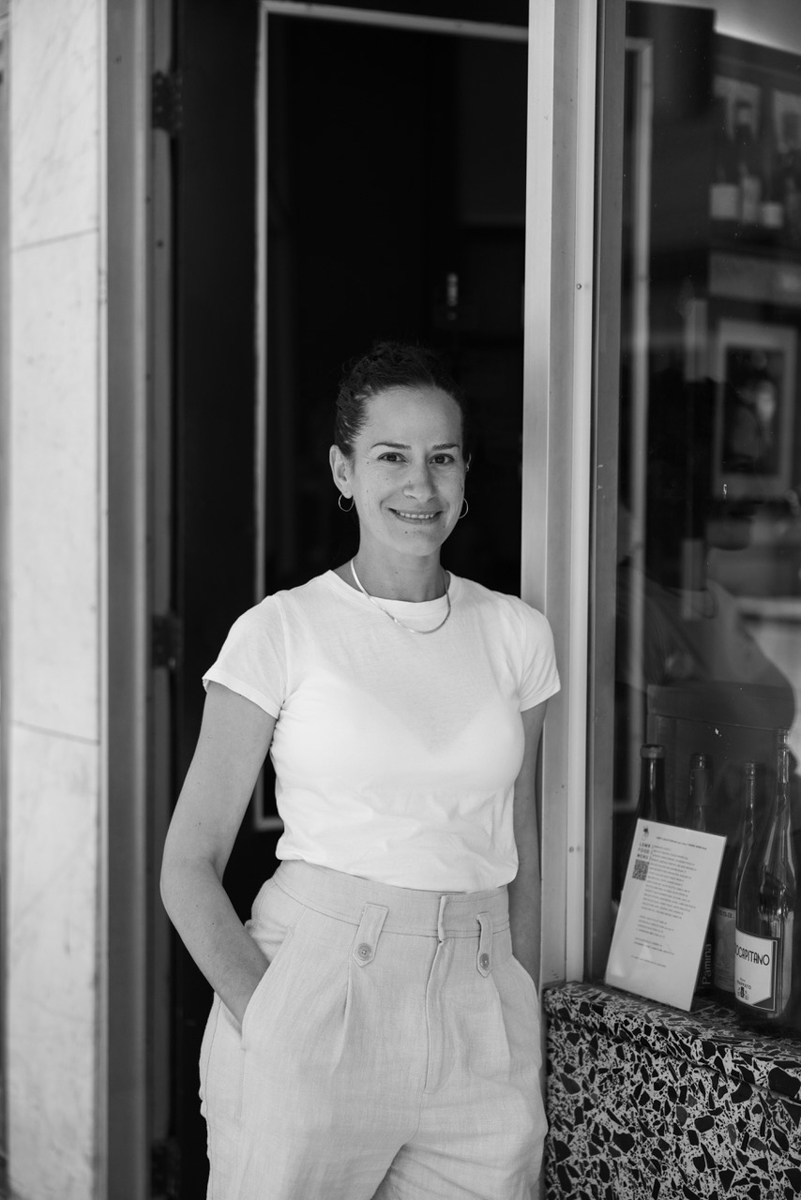 As the global hospitality community emerges from the darker times of the COVID-19 pandemic, there has been much discussion about the industry’s perception amongst its traditional workforce. Staff retention has been difficult, given the job’s demanding and often anti-social hours.

This was a challenge Meira wanted to take on in accepting her current position. She hopes for her hospitality group to become a beacon of wellbeing within the industry, demonstrating that it need not take so much from its workers’ lives.

“That’s part of what I’m layering at the moment for our hospitality group, is to have that value, the value of personal life,” she told CityMag back in April.

For Peter, who only returned to Australia from Europe during the pandemic, there is a noticeable change in culture at this job compared to those he’s had elsewhere around the world. Part of the appeal of the Leigh Street Wine Room job was the promise of hours conducive to his personal life and family responsibilities.

“I was a little bit worried about the hours, with having two young girls, but that was addressed in the first meeting, that we’re on a 45-hour contract and that will be upheld,” Peter says.

“My dad, he thinks it’s too much, but coming from what we’re all doing in the past, it’s great.

“I don’t know why in the past it was just ok to work five, six doubles a week. It was just the way it was done. And I don’t know where that culture started from, but I definitely think it’s one of the reasons hospitality’s struggling, you know? I don’t know why we have to be separate from the rest of society.” 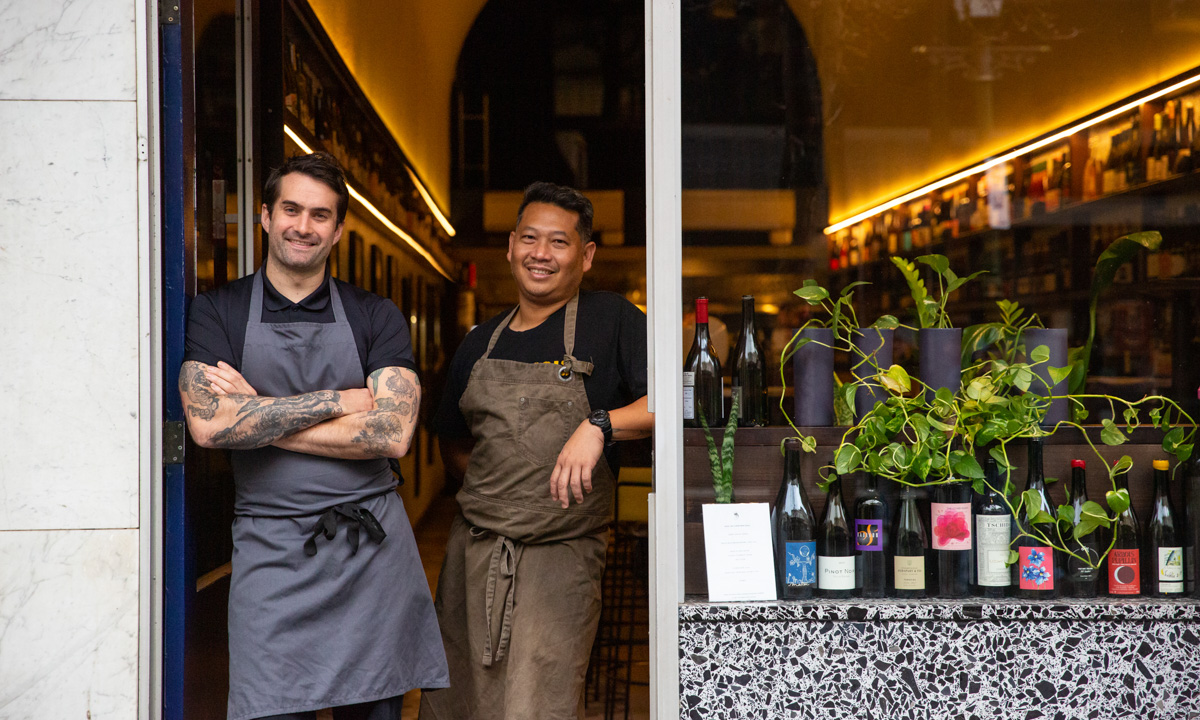 Peter and Terry on site

This attitude led to the development of the Good Times Sunday lunch series. When Peter arrived at the restaurant, he could see its operating hours were negatively affecting his team, so he worked with Meira to develop a kinder roster.

“We were doing long Friday, Saturday, and then a weird late lunch/early dinner Sunday shift,” Peter says. “It was just a lot of work for not much return, and so we went, ‘Well, we’re a wine bar, let’s focus on being a wine bar’.

“So [now] we’re doing Wednesday to Saturday night, restaurant opens at four, kitchen opens at five. And then the idea of this Sunday came about… We do a set lunch, it’s fun, it’s something a little bit different, but still fits within our mould.

“And then, to be completely honest, it means the whole staff gets Sunday night, Monday, Tuesday off. I think that trade-off has just been great for us, as a team.”