Amanda and Jeff Griffiths brought American barbecue to the streets of Adelaide in 2012 via their Sneaky Pickle food truck, but the two ‘burnt out pickles’ say they can no longer keep up with demand. 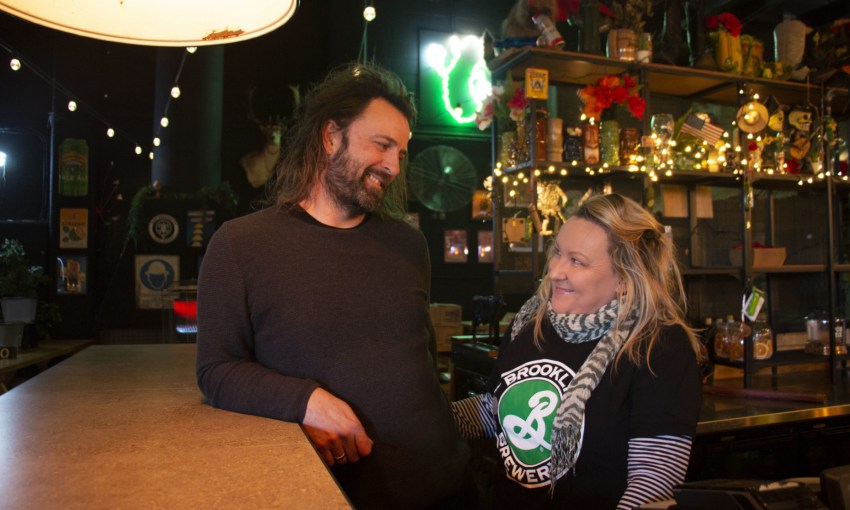 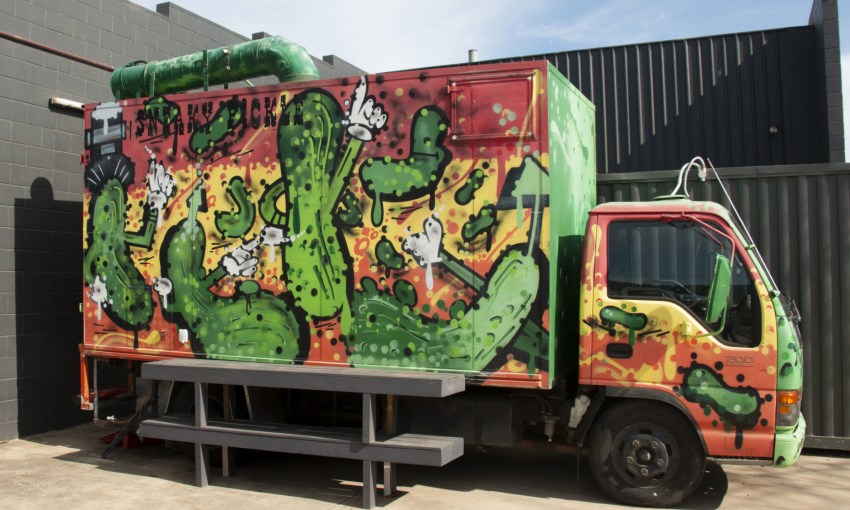 CityMag meets Amanda and Jeff Griffiths at their restaurant, Sneaky Pickle, four days after they announce the brand’s retirement via Instagram.

While we talk about the ups and downs of the business, a tear streaks Amanda’s face. She says the day after they announced Sneaky Pickle would be shutting up shop, she spent the day in bed.

Sneaky Pickle will be offering some final truck sessions throughout August.
Keep an eye on their socials for more info.

The reason behind the closure, sadly, is simple.

“This business turned into a monster we either weren’t prepared for or couldn’t put the energy behind,” says Jeff, who looks equally weary.

“It’s not really a common [story] – a restaurant closes because they can’t manage it anymore.”

The concept came to the Griffiths after one of many trips to the US in the early 2000s.

After a pastrami sandwich from the famed Katz Deli in New York, Amanda asked herself why the staple wasn’t being attempted in Adelaide kitchens.

“We came up with these radical sandwiches, and people loved it.”

The Griffiths had worked previously as chefs, and launched the Sneaky Pickle food truck in 2012 as a means to lead less stressful culinary careers while experimenting with a cuisine they were excited by.

When The Pickle first rolled onto Adelaide’s streets, it quickly went from selling 30 sandwiches in a lunchtime sitting on North Terrace to 150.

To meet the growing appetite, the Griffiths upgraded to a larger truck and hired additional staff. They soon started selling upwards of 300 sandwiches.

This success led them to open up a small restaurant in Goodwood in 2016 – but not because they wanted to open a restaurant.

“We had neighbours complaining about smoke at home,” Amanda explains.

Some nights would see a 50-person lineup out front of the restaurant, with a 40-minute wait for a table, and so the trajectory continued: they quickly outgrew the space and moved into the industrial 180-seat restaurant at 94 Goodwood Road. 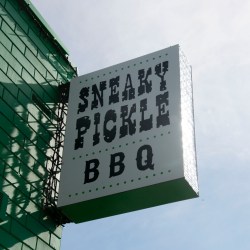 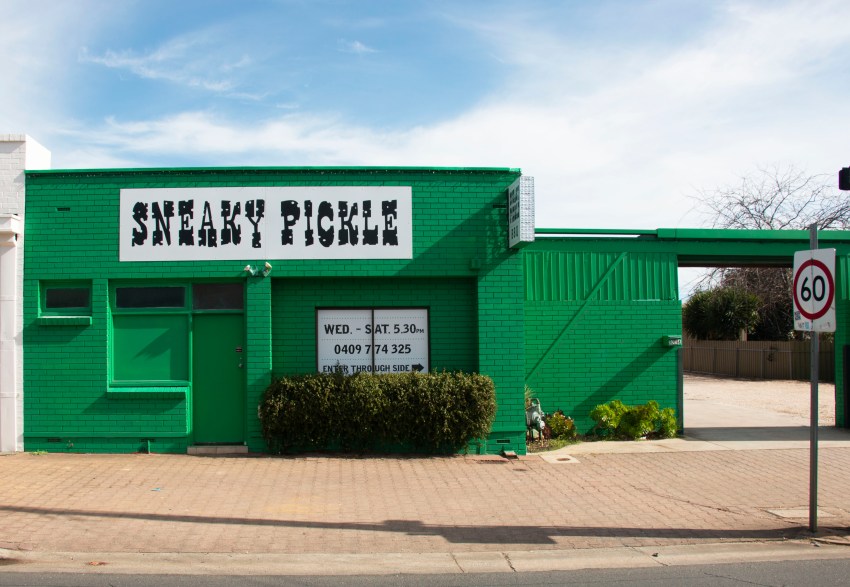 With plush booths, long timber tables and the odd taxidermy squirrel, the space would serve up to 300 people throughout an evening.

This was a long way from Sneaky Pickle’s humble beginnings as a food truck, and not the necessarily the vision Jeff and Amanda had for the business.

“We were reluctant for it to get like this, but we thought each time we could manage numbers better,” Jeff says.

“We lost control, in a sense… We couldn’t maintain control of what we wanted.”

Sneaky Pickle’s expansion happened almost accidentally. Regardless of their intent (or lack thereof), each moment of growth within the business meant maintaining the high calibre of service Jeff and Amanda expected of the brand at a grander scale.

“When Jeff’s starting at five in the morning, lighting the barbecues, and then he has to train staff, encourage staff, and deal with customers, it just got too much,” Amanda says.

Early on in Sneaky Pickle’s existence, and regularly throughout its life, Amanda and Jeff would hear that their food was just a fad. CityMag assumes this is part of what kept the duo working so fiercely on the business for the last eight years – as well as a commitment to building Adelaide’s burgeoning food truck and barbecue scenes.

“We sponsored a barbecue team and we had a lot to do with the barbecue comps in Adelaide,” Amanda says.

“We get a lot of private messages from people. ‘How do we do this? How do we cook this?’ ‘Can I have that recipe?’ We helped the barbecue community here.”

“But we’ve put our life on hold for eight years,” Jeff adds.

“This has been a friggin’ crazy ride, and the ride has to stop because we’ve got to get off, just for now.

“If we keep going now, we’ll be dead of a heart attack or my knees will give way.

“We love this thing with a huge generosity, and the customers do the same. That was something we probably didn’t expect.”