On Tuesday, 7 September, new restaurant Blue Rose opened on Henley Square in a large space fitted out with a Sans-Arc design.

This is the first sister restaurant to Gondola Gondola, the South East Asian restaurant located on the corner of Peel and Hindley streets, founded by Annie Liang and Tuoi Tran.

Despite the new name, Blue Rose draws from many of the same influences as its predecessor.

“If you haven’t noticed the tiny easter eggs at Gondola, we have a blue rose [light], so technically it’s an extension of Gondola,” says chef Tuoi.

“[At] Gondola we do our usual thing there with Viet and Thai… Here, we just want to expand it to more Annie’s culture, Chinese. So Vietnamese, Chinese, a bit of Malaysian Chinese kind of thing. So yeah, it’s an extension.

“Because we’re at the beach, we’re doing Vietnamese sriracha fish and chips, hand-cut, double-fried chips, and a sriracha tartare. And I dehydrated spring onion and turned it into powder, as a seasoning on top.

“[And] I went for the more fresh seafood vibe, so more sashimi. We’re actually doing a Sichuan Cajun seafood boil. That’s something we’re excited about.”

Cocktails will be a focus of the drinks menu, says bar manager Aveen Layug.

There is also a selection of wines and beer, many of which come from local producers, including the Blue Rose Lager, made by Barossa Valley Brewing.

“We tried to get our Asian import stuff over, but we want to still try to be more local,” Tuoi says.

“So when people come in, we prefer you to buy something from Barossa Valley than Tiger. Just options, we’d rather keep local.”

This is also the ethos that underpins Tuoi’s approach to sourcing food for the kitchen at both Gondola and Blue Rose.

“At Gondola, my mum would be delivering from the farm – same as here. We’re going to get as much herbs from her as we can. If not, then we have to chat to our neighbour’s farm: ‘Got any eggplant?’” he laughs.

Gondola Gondola’s eggplant has made it onto the menu

Annie and Tuoi have had their eyes open for new restaurant opportunities for some time, with their original venue now at a stage where it was “able to run itself a little bit,” Tuoi says.

“I wanted this place, that place, but it just felt rushed, and it just never pulled through.”

When Tuoi’s friend and business partner texted through a picture of the vacant former 50SIXONE tenancy, the chef felt a familiar pang of possibility. “It had that old spark that I had with Gondola,” he says.

Tuoi worked on the Blue Rose menu at the same time as running the kitchen at Gondola, making for a stressful few months of research and development.

“Annie put the pressure on me, like, ‘You have to do the whole menu yourself.’ I was like, ‘Oh man’,” he laughs.

“So I was cooking one thing while I’m serving customers at the same time. It was way too hectic.” 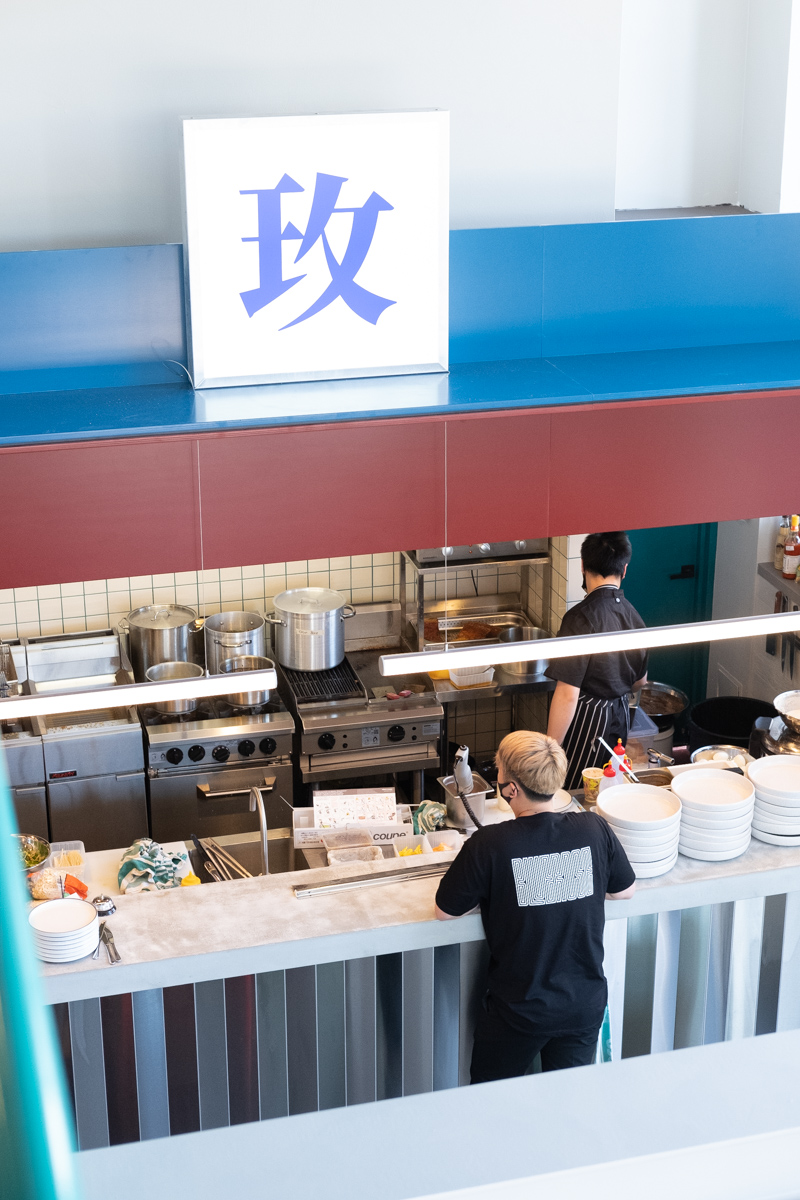 With the restaurant now open, Tuoi says he’s keen to “meet everyone” and contribute to the continued expansion of Henley’s recent hospitality-led renewal.

Blue Rose is located at 330 Seaview Road, Henley Beach and opens Tuesday through Sunday for lunch and dinner.