Progress need not always come at the expense of culture, but it’s still something that plays on a publican’s mind. The Grace Emily co-owner George Swallow talks to CityMag about the anxieties that come with new neighbours. 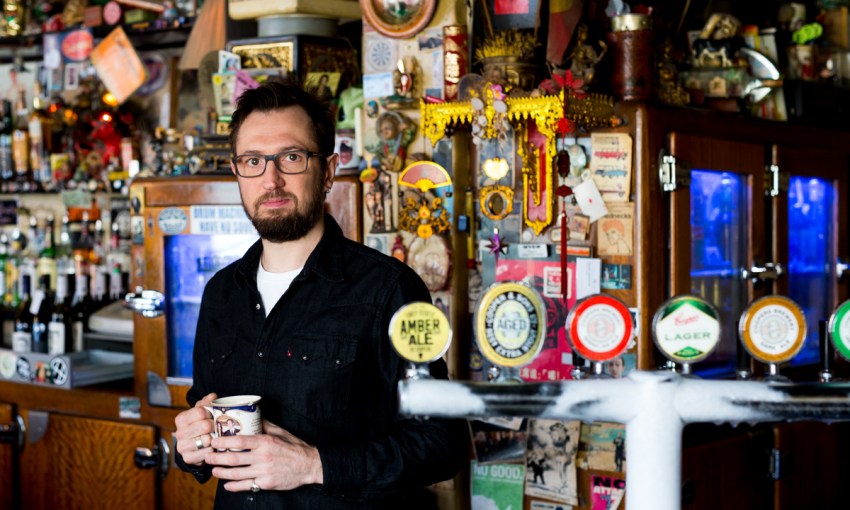 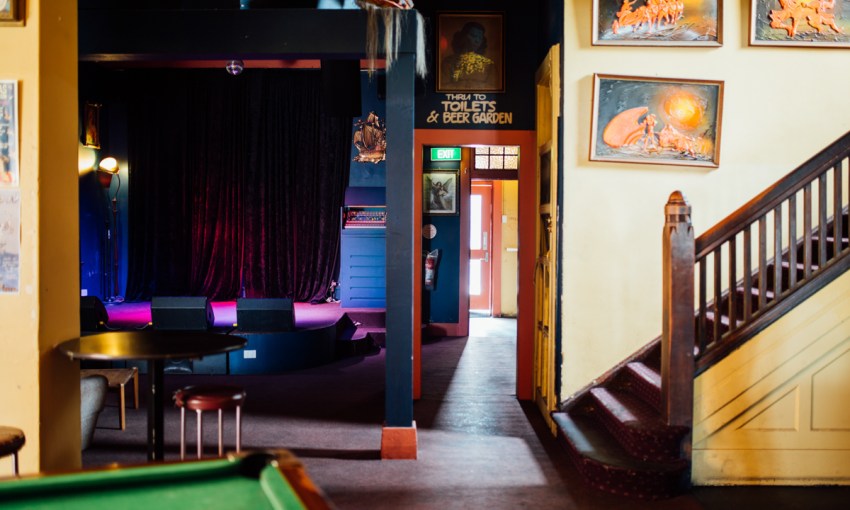 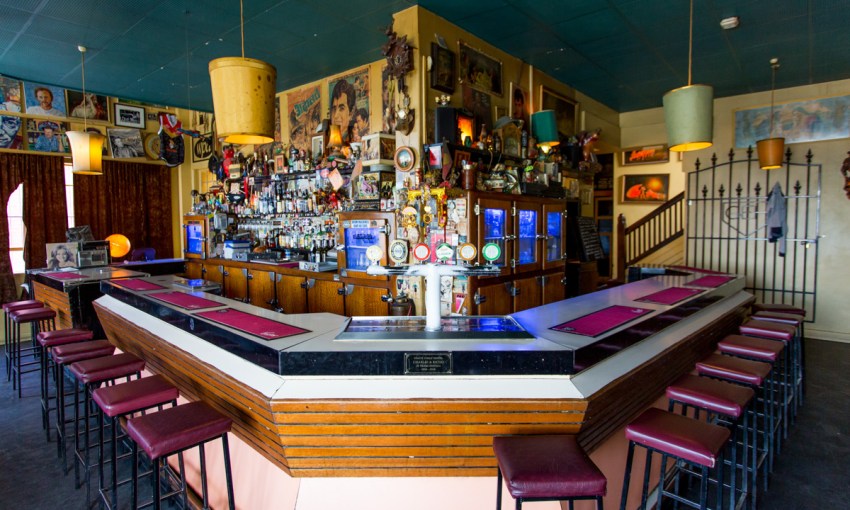 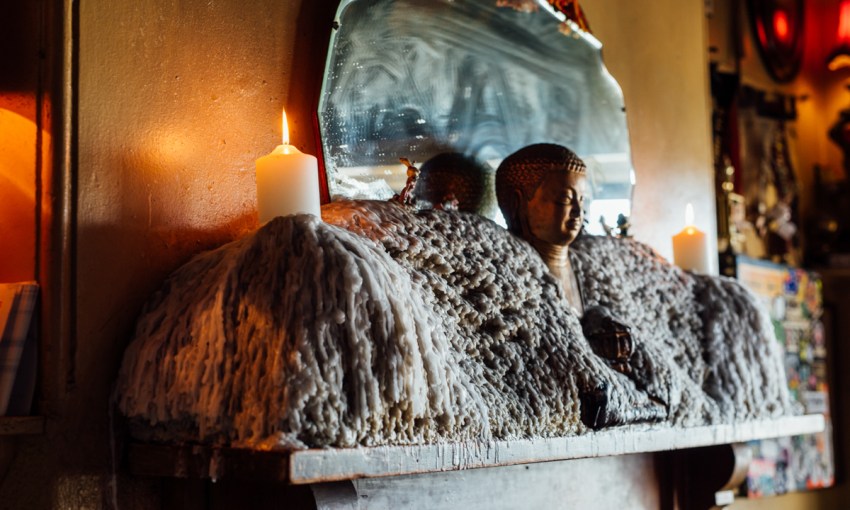 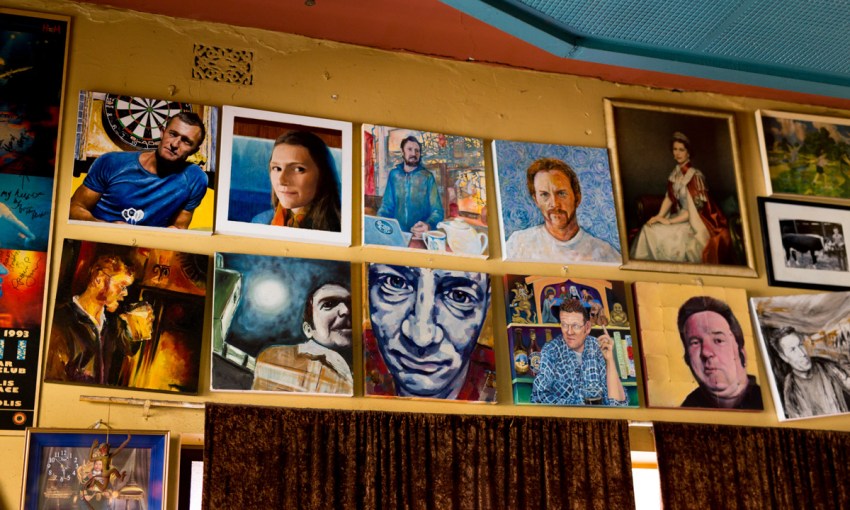 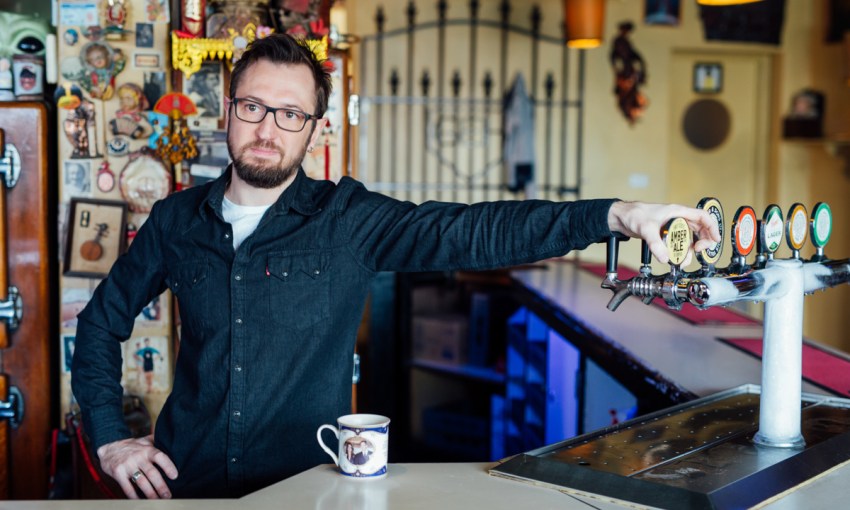 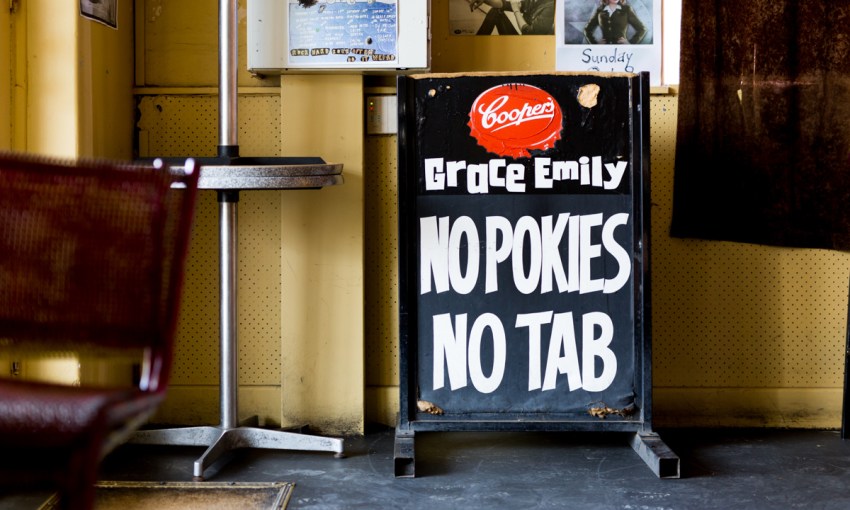 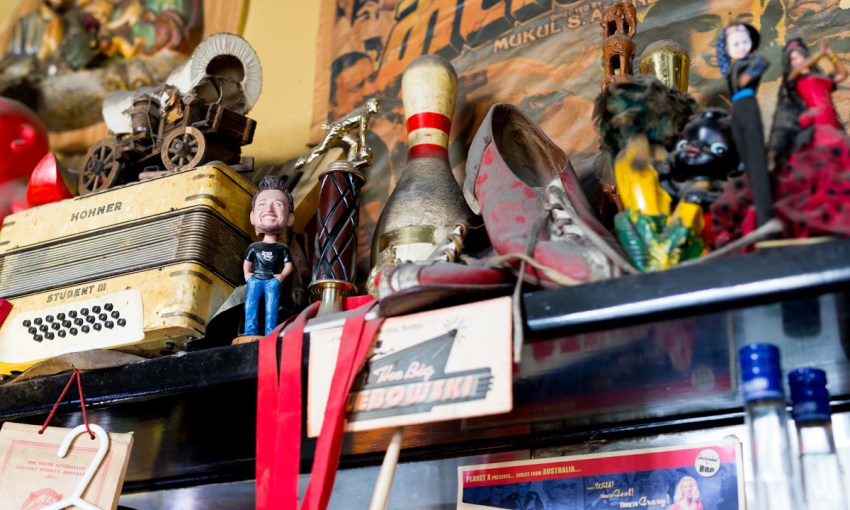 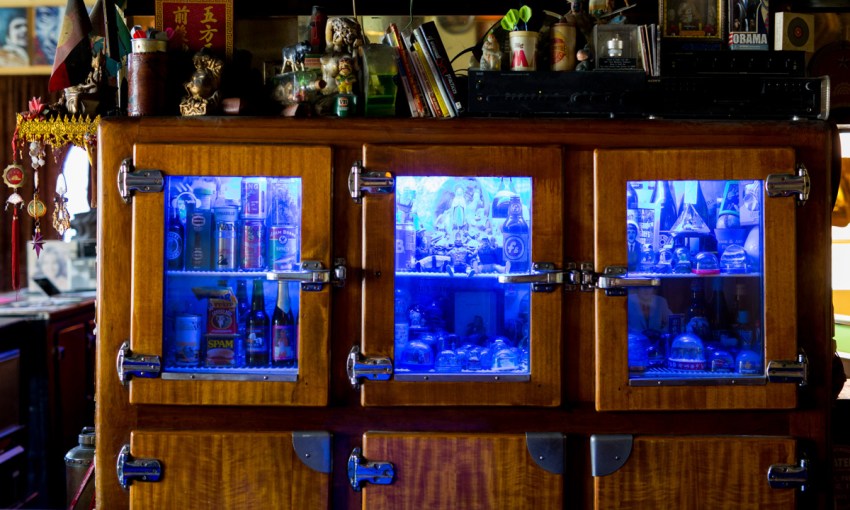 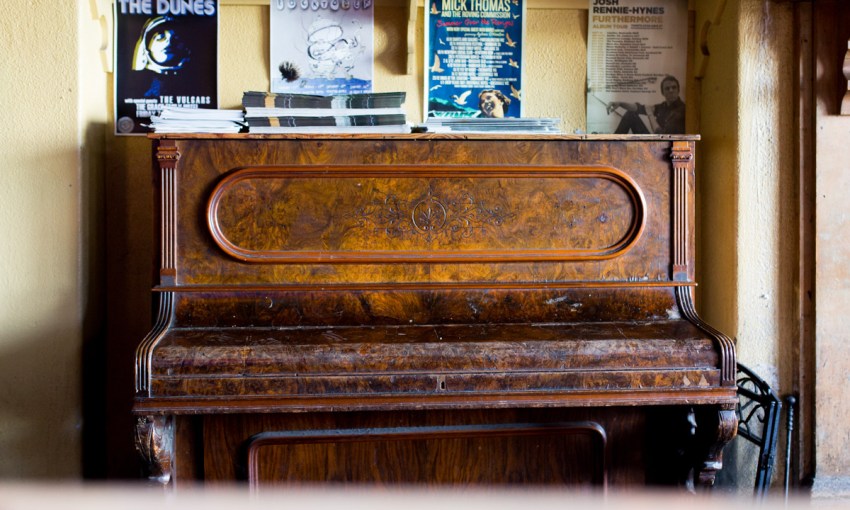 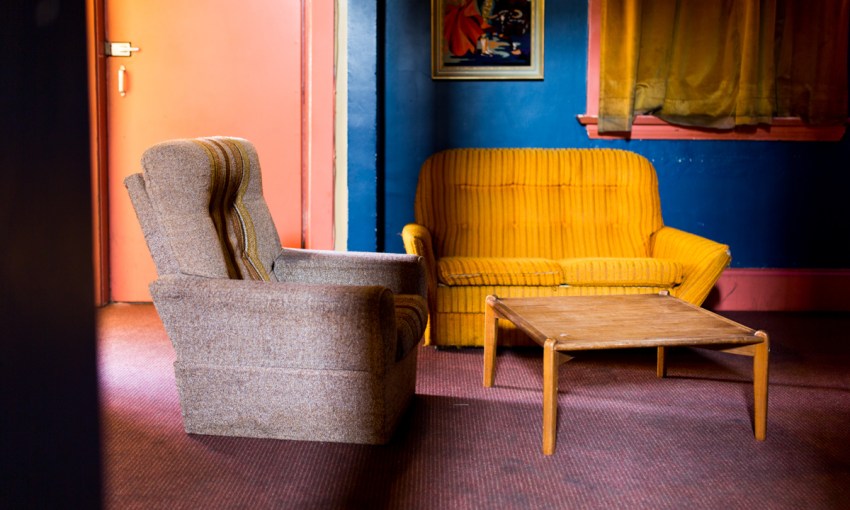 George Swallow is a born publican.

Day in and day out, by his own admission, he and business partner Symon Jarowyj are “behind the bar, we’re cleaning, we’re cleaning toilets, we’re pulling beers, we’re doing everything.”

It’s with great pride and a surprising level of enthusiasm that he tells CityMag just how hard it is to run a pub in the CBD – particularly one that exists solely off the back of live music and a weekly barbecue.

It’s been George’s life for 16 years, having managed the bar for about a decade before taking over as owner, and his love for The Grace Emily and what it means to those who visit it is undeniably deep.

A small reflection of what his efforts mean to Adelaide’s music industry came in the pub taking home the South Australian Music Award for Best Music Venue last weekend, but by no means is this a guarantee of perpetual existence.

Live music pubs have a history of succumbing to the wishes of developers, no matter how great their cultural relevance might be.

With ground finally breaking in a long-empty lot directly across the road, George spoke to us of the anxiety that rolls in with the earthmovers. 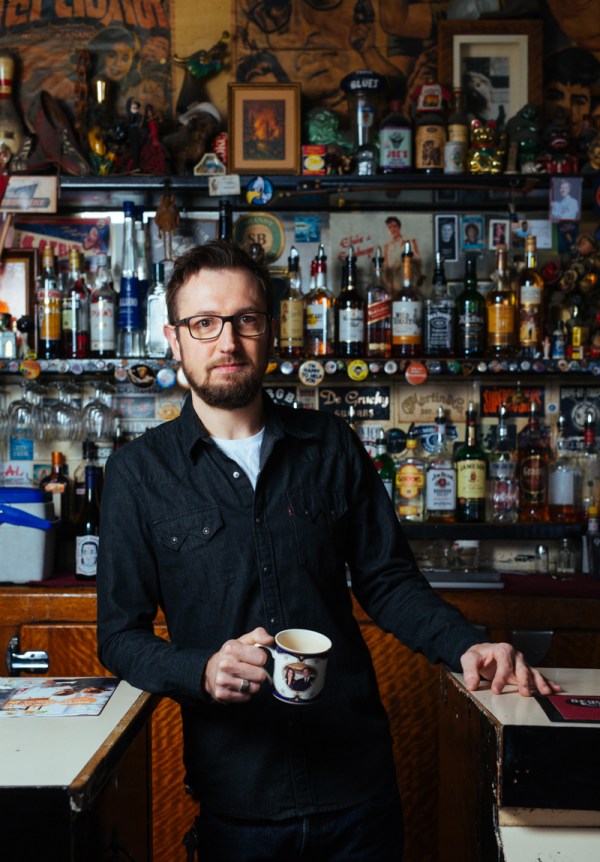 George holds the royal Will and Kate mug with pride.

CityMag: Is there a typical pub?

George Swallow: What is a typical pub? I see The Exeter as still a typical pub… they do live music. Not so much as they used to because of neighbours and all of that sort of bollocks, which is…

CM: What’s going to happen across the road, do you think?

CM: Have you been talking with the developers?

GS: That came out of the blue. Because it’s over $10m, it’s out of City Council’s hands, it’s [in] state government hands. There was no consultation, they can just do what they want, go ahead. So we’ve been trying to get information, see… if they’re going to double-glaze, that sort of stuff. Because if that would happen, that would probably be a nail in the coffin for us, because our focus is live music and promoting live music. 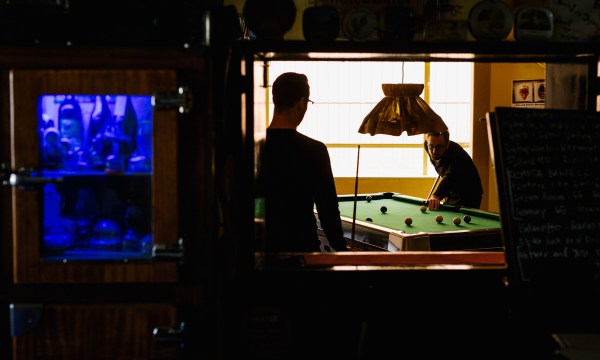 Some of the best conversations are had over a game of pool.

CM: If it was a case for the Council, would that be easier for you guys?

So that happened with us [in] 2004, 2003, with the cottages next door. A developer came in, bought the cottages, he wanted to develop it and make houses and obviously they came to us and went ‘this is what’s happening.’ We went ‘nope,’ and we won.

CM: It’s harder to make your case to State Government, you think?

GS: To state government, we think so. Especially if they go ahead and build it and don’t tell us what’s happening, and there’s no consultation whatsoever, yeah.

CM: Is it easy for developers to overpower pubs?

GS: I just don’t think they see us. I don’t think we’re a blip on the radar. You talk to the pollies and the council people, and they all say they’re in favour, but if they actually carry what they say through… It’s all just nice chit chat, but if they actually do something about it… and with Music SA, St Paul’s, the SAM Awards, which are going on, I think there’s a good case for… If [the development] did happen, I think we would have quite a lot of backing. And you saw that with The Jade Monkey, when that closed. They couldn’t do anything about it, they didn’t own the building, the property developer came in, they wanted to build a hotel, they knocked it down. Same with The Cranker, that could happen. There’s not much you can do in regards to that. If they’re going to knock it down, they want to, it’s their building, they can. But if they build and it affects us and could close us down, I think, what happened then, we have a better case.

CM: Have the developers been consultative at all?

GS: Nah. It’s just been me trying to find out what I can find out. It’s student accommodation.

CM: You’re fairly confident, though, that you’d have enough support to back your argument?

GS: Hopefully. And hopefully the State Government, from who I’ve spoken to and bumped into, they do know we exist, and they do know what we do is a positive, so hopefully it’s enough then to go ‘shit, if another live music venue does disappear, that is a bad thing for the state. That is a bad thing for the city,’ and it’s hopefully looking at striking a balance between more people moving into the city, filling up small bars… but yeah, I mean, the support that we had when [next door] happened – and that was 10 years ago – it was massive. I think we had 5,000 people march down King William. That wasn’t just for us, there was a lot of stuff happening at the time, like The Gov, the development behind them.

CM: The sentiment was there.

GS: The sentiment was building.

CM: Do you feel lucky to have inherited such an institution in this pub?

GS: Yes, as I’ve said, it’s my family. And sort of being here from the start, and seeing it grow and growing up with that family, yeah, it’s great. 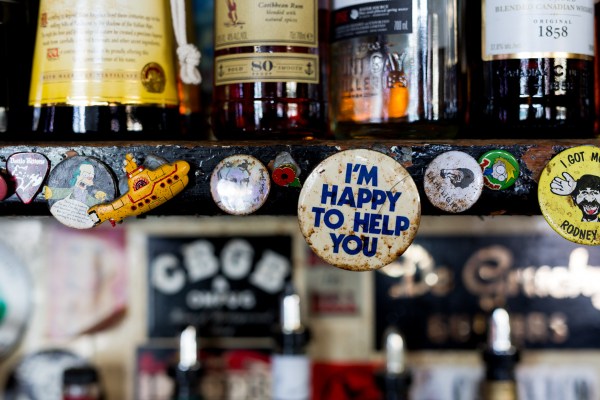