CityMag is sat at a booth inside the dining room section of Fugazzi Bar & Dining Room – the new Simon Kardachi restaurant in the old Rigoni’s on Leigh Street, headed up by Laura and Max Sharrad.

Fugazzi officially opens on Saturday, 1 May. Book a table at the website.

The couple need little introduction, given their presence in the Australian food media over recent years. Adelaide diners, however, will know them best as the husband-and-wife team behind Nido, the King William Road restaurant opened in 2019.

We’re sat in the booth with Laura and Max, as tradies and restaurant staff buzz between the dark, moody bar, which serves as entrance to the venue, and the brighter – but no less thematic – restaurant floor.

These are the finishing touches being applied ahead of a friends-and-family gathering to celebrate the restaurant ahead of its official opening on Saturday, 1 May.

“We’re all pretty stoked with how it came out. It’s pretty flashy,” Max says, surveying the space.

As the point of entry, the bar – which, from the outside, echoes Pink Moon Saloon a couple of doors down – is inviting in spite of its darkness, with a bright red back bar playing against the dark marble and tiling. Stools line the bar, and there is an extended booth at the back of the space.

The mood shifts in the dining room, with the palette spanning off-white, pale blue, timber, and maroon. The same bright pops of red are seen again, though, in some of the cabinetry. Booths fill the space in a variety of configurations.

It’s clear the Fugazzi team would like you to spend extended time in the space; the cushions are plush and some thought has gone into dampening sound– each booth is lined with carpet, as is the private dining area beside the kitchen. 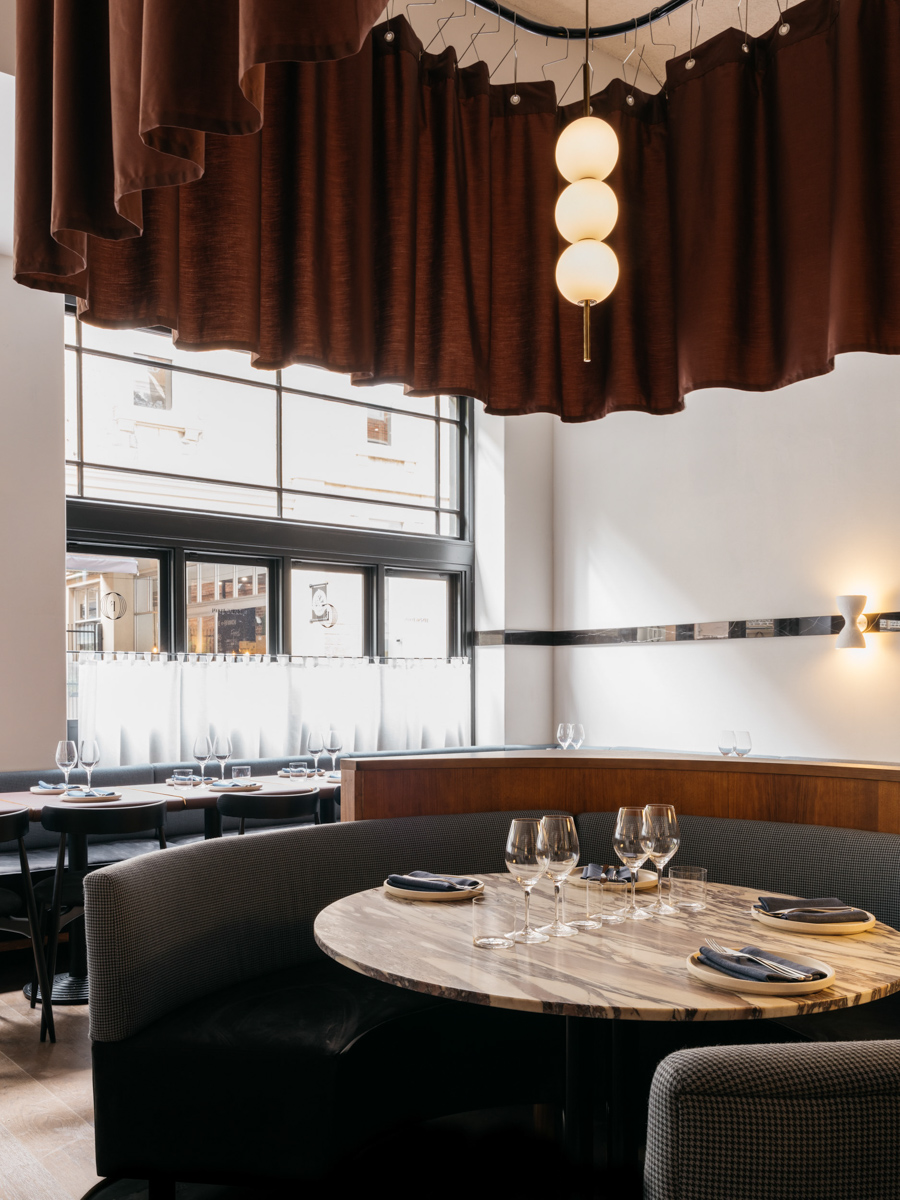 The origins of the Fugazzi concept go back to the beginnings of Laura and Max’s relationship.

“Laura and I have wanted to do something like this for ages,” Max says.

“We wanted to bring a slightly more elevated style of dining here. A lot of things you eat with your hands, and then obviously things we know and love, like pasta.

“How you would eat a meal here is you would choose a few snacks, a few small things to start off with in the bar, possibly with a Martini or something like that while you wait for your table.

“Then you come to your table and you have a couple of small plates to share, then perhaps a pasta followed by a pizza, and then if you’re still looking for something else, then perhaps something from the grill. We’ll have whole roast fish and all different types of steaks.

“You’ll be able to come in for lunch and have just a steak frites, but an Italian style of steak frites, with bagna càuda and salt and vinegar, tomato salt. I guess it’s trying to have something for everyone, elevated to a different level.” 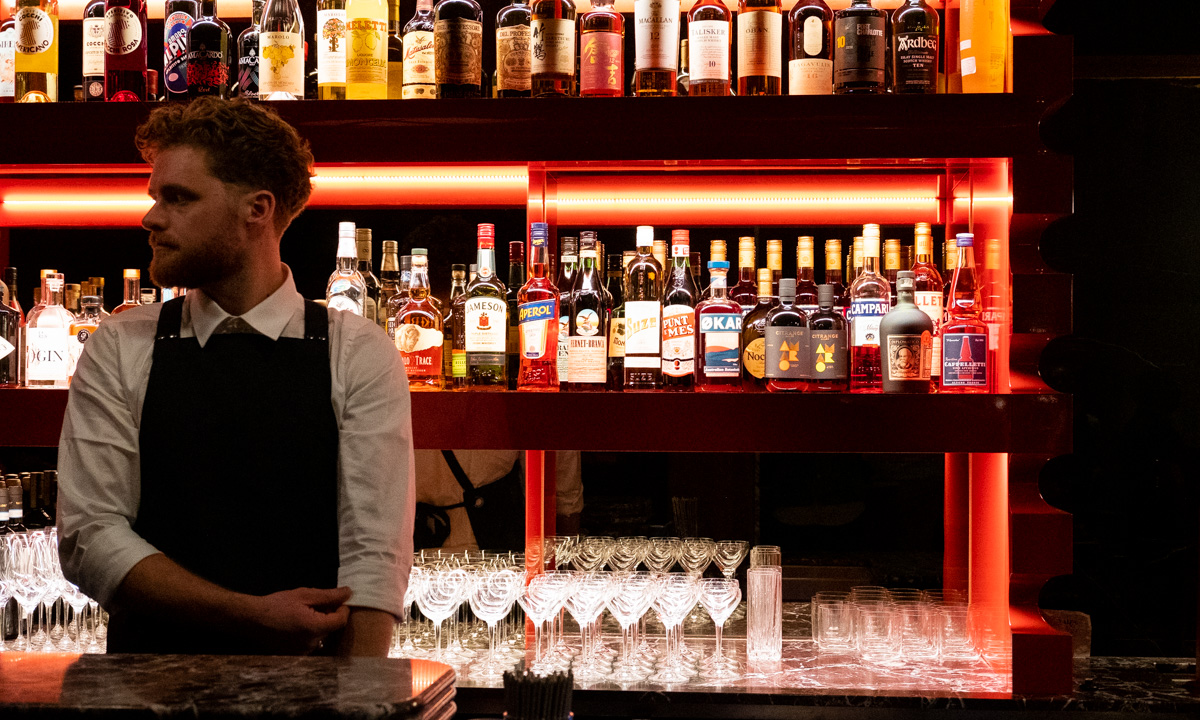 A significant level of effort has gone into designing Fugazzi’s pizza offering – a riff on the Roman style known as pizza al taglio.

“It’s that style, and we want to elevate it to a restaurant-level, where some things will be dressed at the table,” Max says.

“The base is crisp the whole way through, and it’s like a light, fluffy dough that can hold its own weight, and then it’s dressed with all sorts of garnishes.”

Laura knows many people will come to Fugazzi with a preconceived notion of what to expect, but she’s excited to play off that expectation.

“I think a lot of people are expecting this to be a Nido 2.0, which is great because then they can come here and this is nothing like Nido,” she says.

“This space offers visually something very different, that’s not in Adelaide, but also seeing Max’s food evolve as well.

That’s not to say there won’t be homage to their original restaurant on the menu.

“There’s one particular dish, which is the number one selling dish in Nido… it’s going to be a nice little tie-together to have that here as well, and for people to feel a little bit at home,” Laura says. 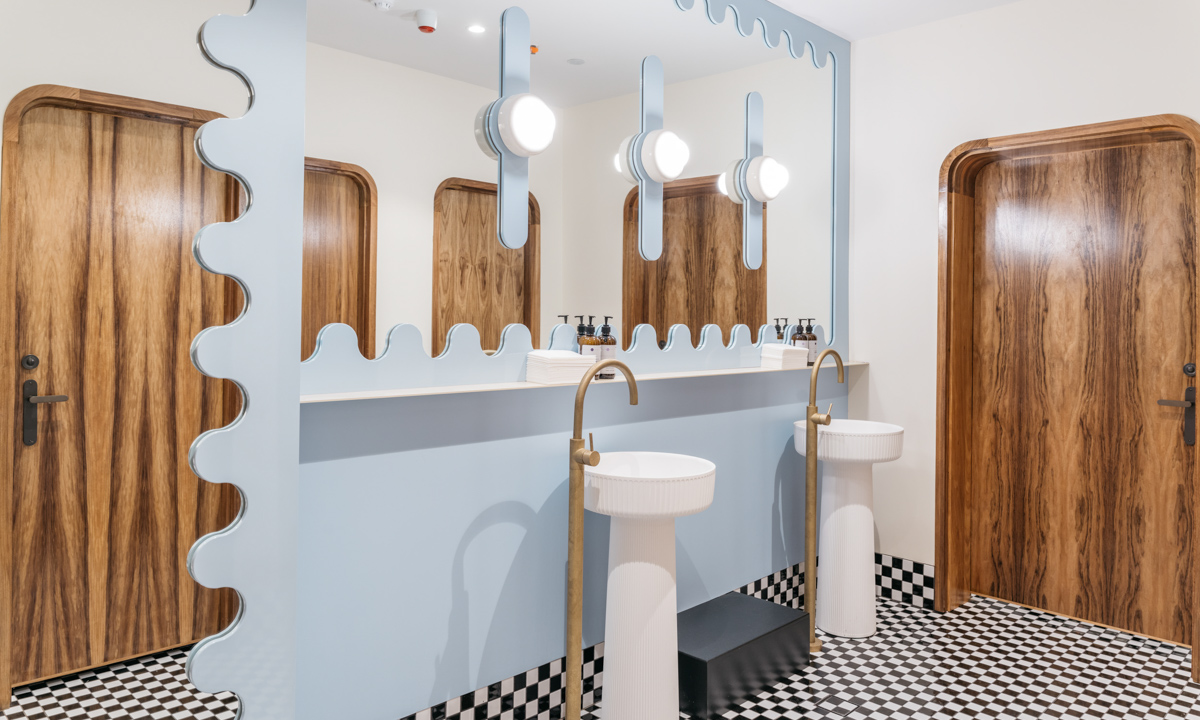 Adelaide just got itself another top toilet. This image: Julian Cebo

The couple and their business partners signed the lease for the old Rigoni’s space in June last year, at a time when the future of the hospitality industry, at least for some people, felt unsure.

Max admits it was “a bit of a gamble”, but he was willing to plan for a future in which “things would be returning to some sort of normality.

“Fortunately,” he says, “at the moment, it is. Whether it’ll stay like that remains to be seen.” 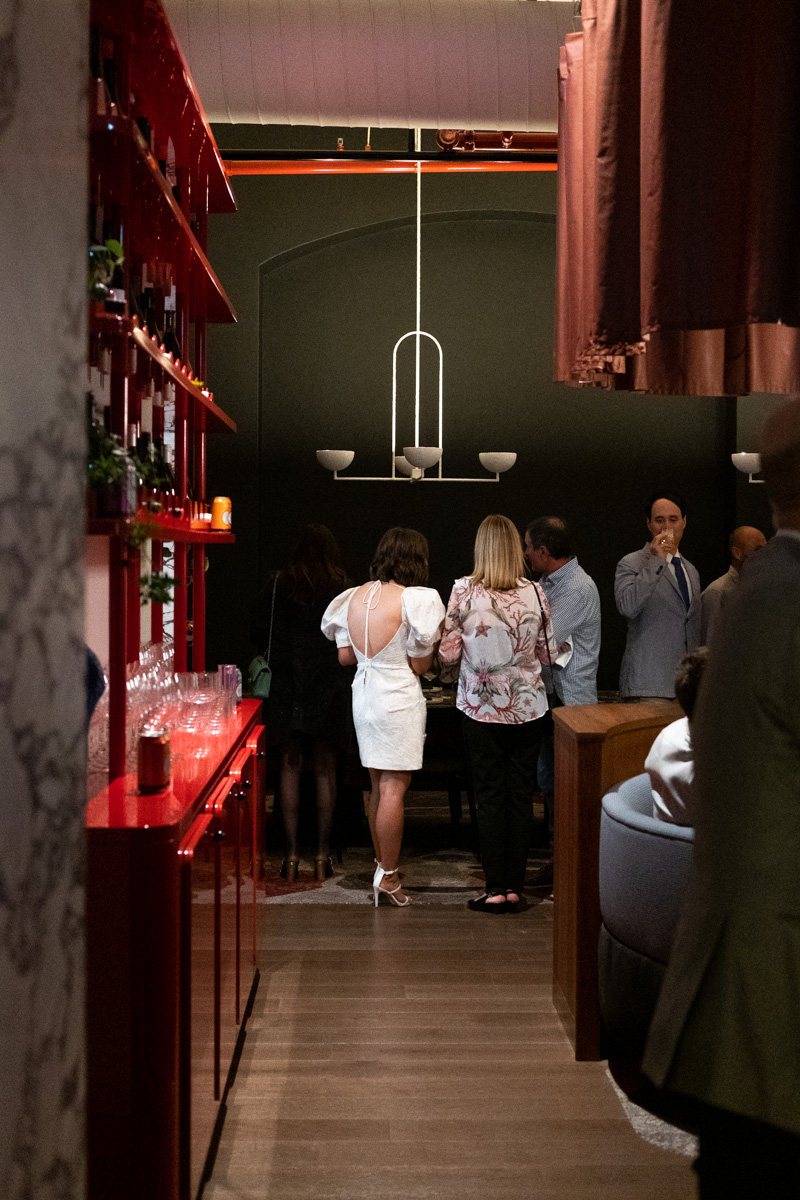 Even if diners are ready to return to restaurants at the same rate as before the pandemic, the events of last year have changed the expectations of a restaurant experience.

Fugazzi feels made for a future where one of the most valued aspects of dining out is have had an all-encompassing (and, of course, positive) experience – whether through service, food and drink, or fit out.

“COVID definitely changed everyone’s perspectives in every single business… and I think it actually made customers more grateful to be able to dine back out again and not be stuck at home ordering takeaway all the time,” Laura says.

“But I think for us, this is about transporting people to a different place, and because you can’t travel overseas, and because the fit out is very different, it’s something Adelaide hasn’t seen before, it’s a nice escape.”

Fugazzi Bar & Dining Room is located at 27 Leigh Street and opens officially on Saturday, 1 May. Book at the website.