Four things we’ve got tickets to during Barossa Gourmet Weekend

Learn to cook with native ingredients, try a brand new gin made just for spring, join a dinner party at a secret location and sample the wine made from the world's oldest shiraz vines at Barossa Gourmet Weekend. 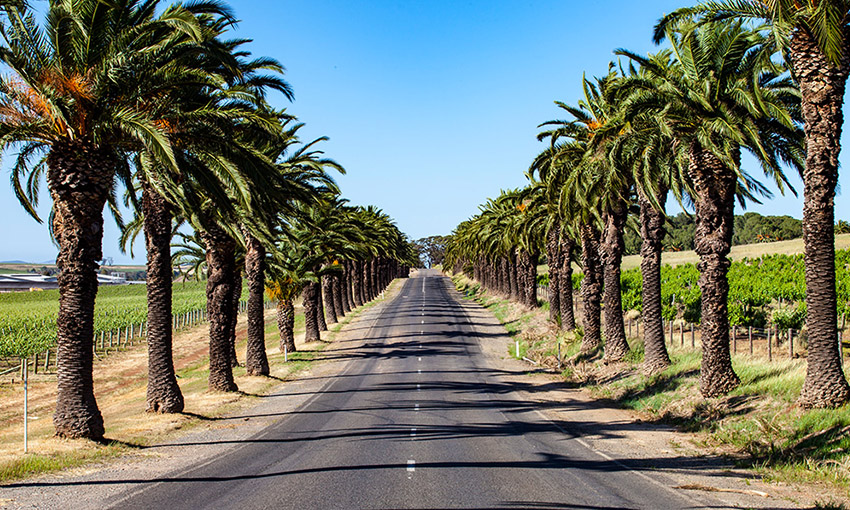 The Barossa Valley is opening up in a whole new way this year with greater access and more creative ideas flowing through the Barossa Gourmet Weekend than ever before.

Tickets are extremely limited to some events but others are as simple as popping in on your way through. There’s a whole program to scope out but here’s our list of the four things we’re most excited about.

Before it was common practice to list the variety of wine on the label of a bottle, Yalumba was producing The Signature claret. The cab sav shiraz blend has grown to become one of Australia’s iconic wines, and though it’s not released every year – only in vintages when the fruit is of the absolute highest quality – it has been on shelves for more than half a century.

Earlier this year, Yalumba held a gala dinner to celebrate the 2014 vintage, and the behind the scenes team at Australia’s oldest family-owned winery was determined to find the right chef for the event. “Jock was a natural fit,” says Wine Room & Event Manager Sally Johnson of their choice. “He has an incredible attention to detail, an unwavering dedication to sustainability and the community and he’s a natural innovator, all values shared by Yalumba.”

She’s talking, of course, about Jock Zonfrillo, a renowned lover of native ingredients and fire, and the man behind Orana and Bistro Blackwood. When he found himself surrounded by barrels and flames in the on-site cooperage, he knew that he had to come back and find a way to fully utilise the venue.

When he returns to Yalumba for the upcoming Barossa Gourmet Weekend, he’ll have Head Cooper Shaun ‘Gibbo’ Gibson alongside him and he’ll be preparing a meal that includes a dish cooked in a barrel with steam and fire as well as plenty of open flames. Before that, he’ll also share some of his tips and techniques at a cooking demonstration.

“It’s not a “normal” demonstration,” Sally says. “Jock is a natural sharer of information and loves for people to be involved… He likes people to really feel immersed in what he’s doing. So I think our lucky guests will have a unique opportunity to get up close and learn a bit more about the produce he uses and how they can use it in their everyday cooking.”

Spring is about new beginnings, and the team at the recently launched Seppeltsfield Road Distillers is in the mood to celebrate. Head distiller Nicole Durdin is creating a new Spring Gin for the season that will take inspiration from local botanicals like jasmine flowers, Greenock Creek wild fennel and Marananga lavender for Barossa Gourmet Weekend.

The new drop will be showcased in three cocktails before Nicole presents a masterclass on blending and balancing flavours, then helps you to create your very own spring gin. While the ticket price is steep, the ticket includes a take home bottle each of the Spring Gin and your personal blend!

Back To The Future Friday

Spot quiz: where are the world’s oldest shiraz vines? If you said France, Iran or anywhere in the old world you’d be way off the mark because the oldest recorded shiraz vineyard is in the Barossa, at Langmeil Winery. The fruit goes into the Freedom 1843 shiraz, and unsurprisingly that’s one of the wines that will be celebrated at Back To The Future Friday.

That means there’s plenty of history to imbibe, and Cellar Door Manager Jonathan Bitter says, “in addition to a sneak preview of the yet to be released 2016 vintage, guests will also enjoy examples of various decade-plus back vintages of our Old Vine Garden wines including riesling, grenache, cabernet sauvignon and of course shiraz.”

Tell us you don’t want to have dinner with these guys?

This Barossa Gourmet Weekend event is at a secret location in the Eden Valley and, Arno Wine Co. co-owner, Ruby Stoddart is keeping it that way. “I can only tell you one thing,” she says. “It’s how – and where – three winemakers and two talented chefs like to spend a Saturday night.”

Presumably that means the drinks will flow as freely as the conversation, and it’s probably best to wear something warm. Arno will be joined by friends and fellow “respectful non-conformists” The Mysterious Mr Black and Geyer Wine Co, with a Latin feast courtesy of El Estanco. These guys are the innovators and make up somewhat of the new guard in the Barossa – a region steeped in tradition – and will give you a great insight into new and exciting ideas coming out of wine in South Australia.