The small bars are spreading. CityMag ventured out west to visit 55ml – the first bar of its kind to appear in the Gouger Street precinct. 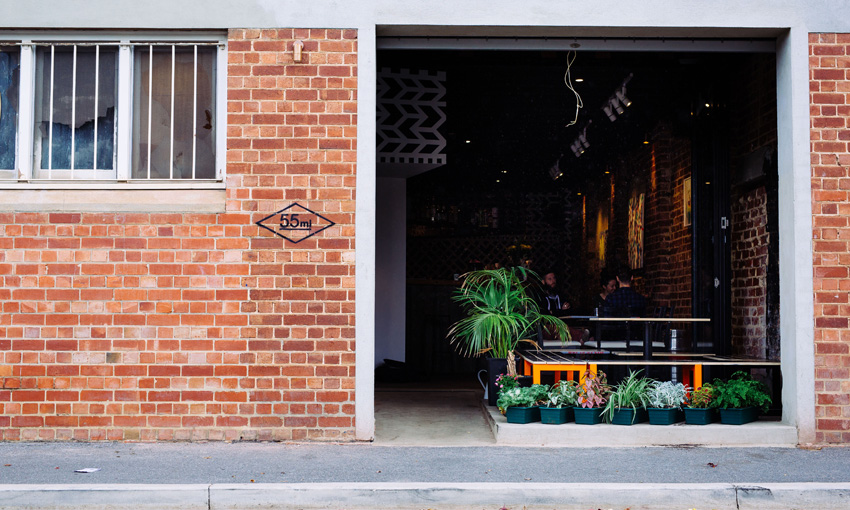 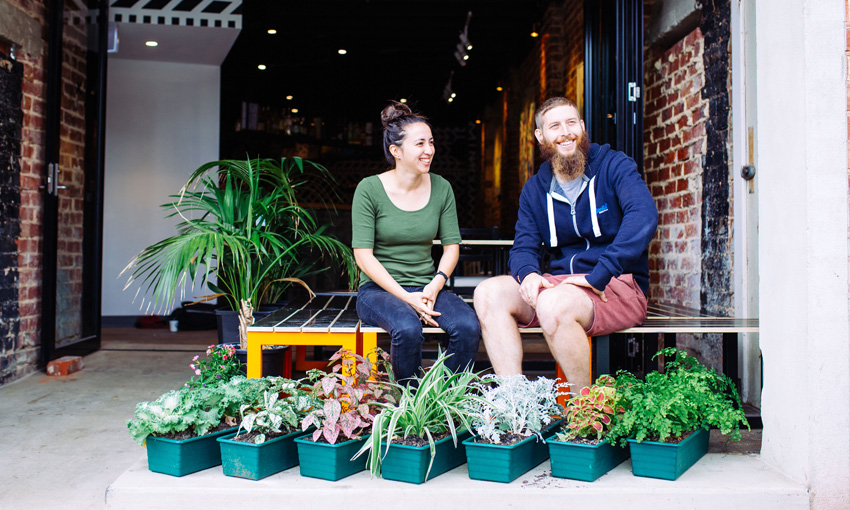 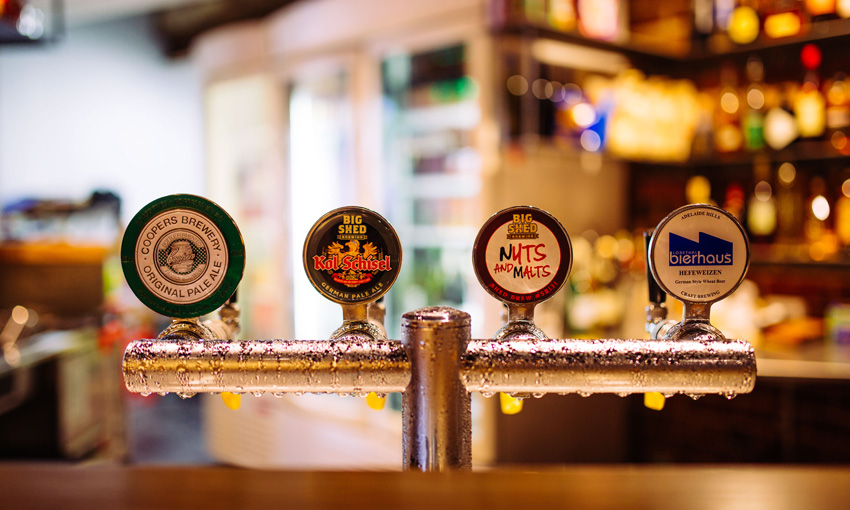 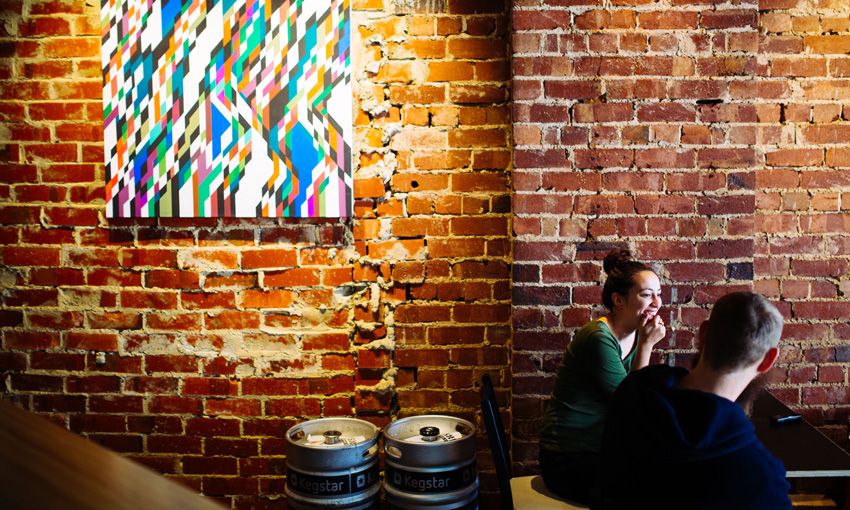 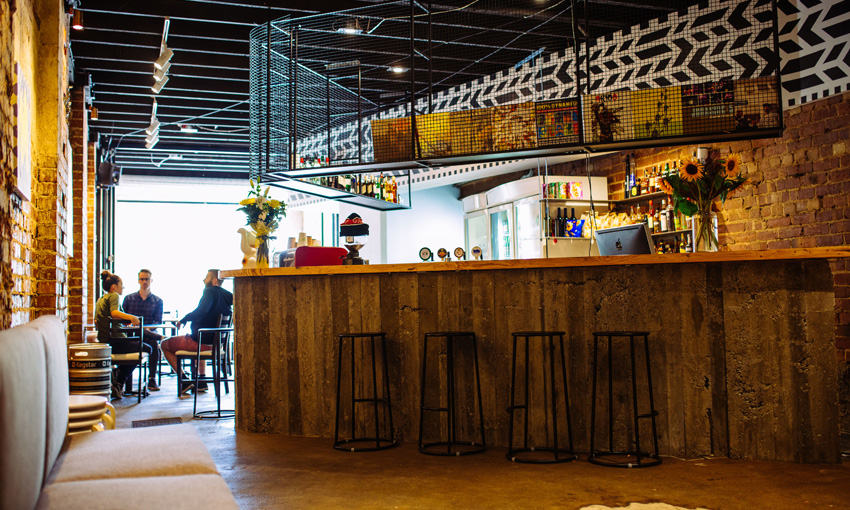 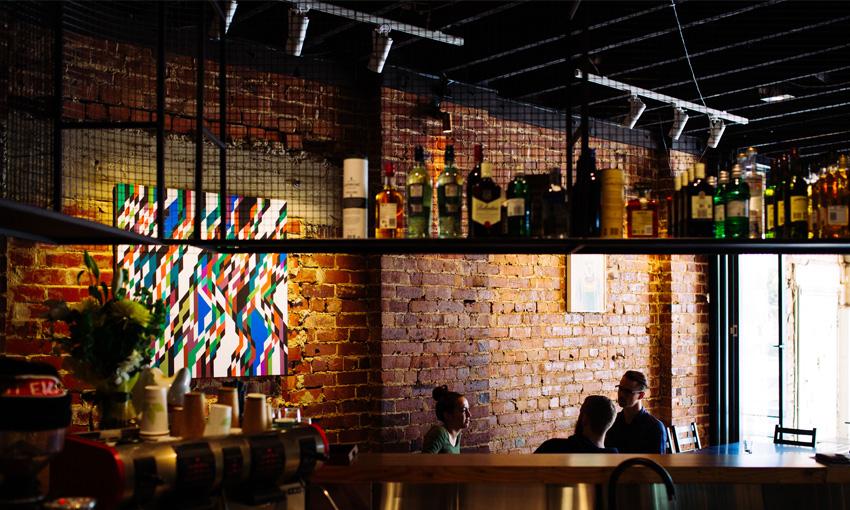 On the day CityMag visits 55ml, Seamus Noone and Seira Hotta have just had the Dawn Patrol lads in to calibrate their coffee machine.

55ml’s grand opening is this Saturday 7 May with special guests DJ Tom Showtime and MC One Sixth.

For further information keep an eye on 55ml’s Facebook page.

It’s a bright red hand-me-down gifted to them from a former boss of theirs back when they were working in Alice Springs.

We had come to see how the owners of Gouger Street’s first laneway bar – located on Mill Street just off the main drag – were feeling after their soft opening on the weekend.

“We had a few people through, which was nice,” Seira says.

“A lot of people we’ve been having chats with over the months, anyway. They walk past everyday and so they were pretty keen to come in and check it out.”

From the moment they started work on their section of the former SAFCOL warehouse, Seira and Seamus caught the attention of locals. The tall red brick building had apparently been sitting vacant for 20 years.

Now though, the space looks very much like a small bar; the open frontage exposes café seating area at the front, a more intimate lounge area at the back, and a bar jutting out angularly in between, separating the two spaces.

There is tap beer, canned and bottled craft beer, wine from By Jingo and Honey Moon, a decent selection of liquor, and bar snacks (Arnotts Shapes represent), but Seamus is hesitant to wear the small bar label.

There are probably very few pubs featuring large artworks by Sam Songailo, but where Seamus and Seira would like that pub distinction to present itself is in the attitude of the establishment.

“I want it to be a place to mingle, so conversation is pretty important here,” Seira explains. “People talking to people they wouldn’t normally.”

“It’s such a mishmash down here as well. You’ve got Chinatown, you’ve got the markets, you’ve got residential… it’s just a better mishmash of cultures and that’s kind of what we want.

“We want old people, young people, I want tradies in here, I want, I don’t know, struggling artists,” she says with a laugh.

Much like the mishmash around them, 55ml will be splicing together the daytime coffee culture with the late night alcohol trade, opening from 8:30am Monday to Friday (and a little later on weekends) and trading late into the evening each night.

Whatever mix of pub, bar, café or fish factory 55ml ends up being, you can be sure the hospitality will be the same.

“See what people want to make of it.” 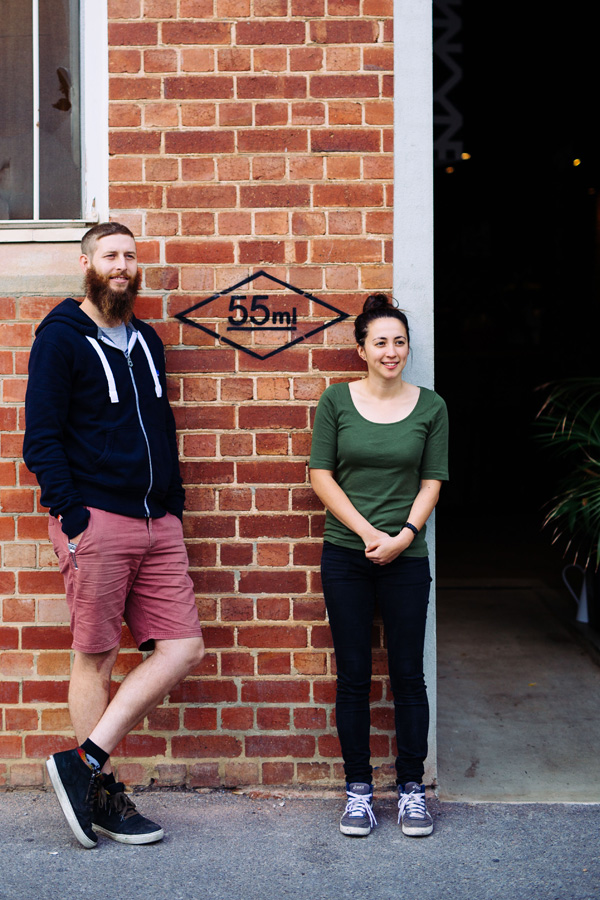