You can say thank you to Exchange Specialty Coffee all week on Vardon Avenue. 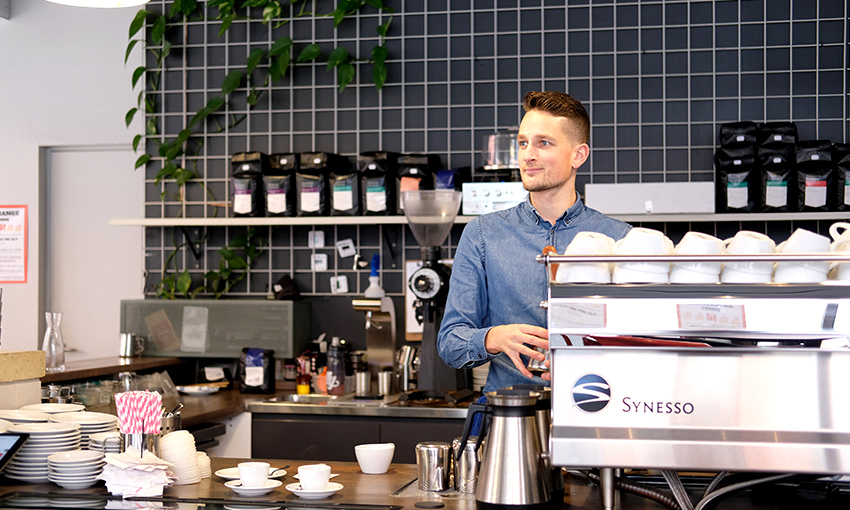 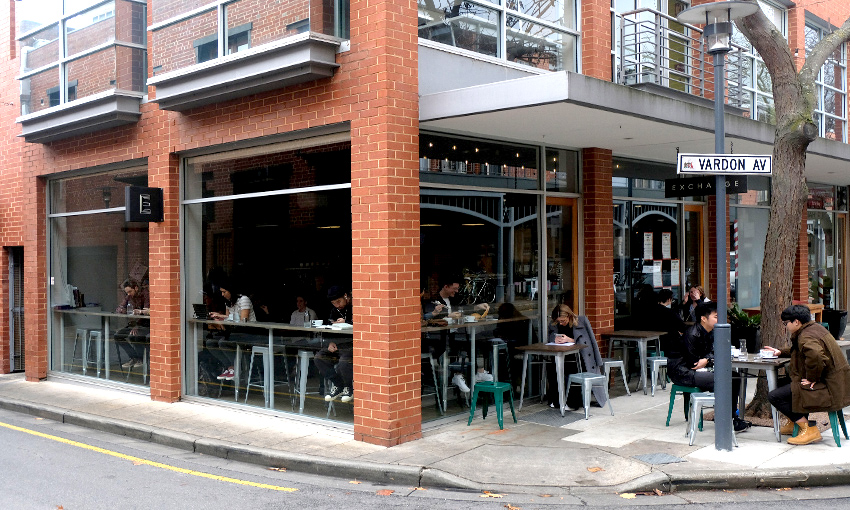 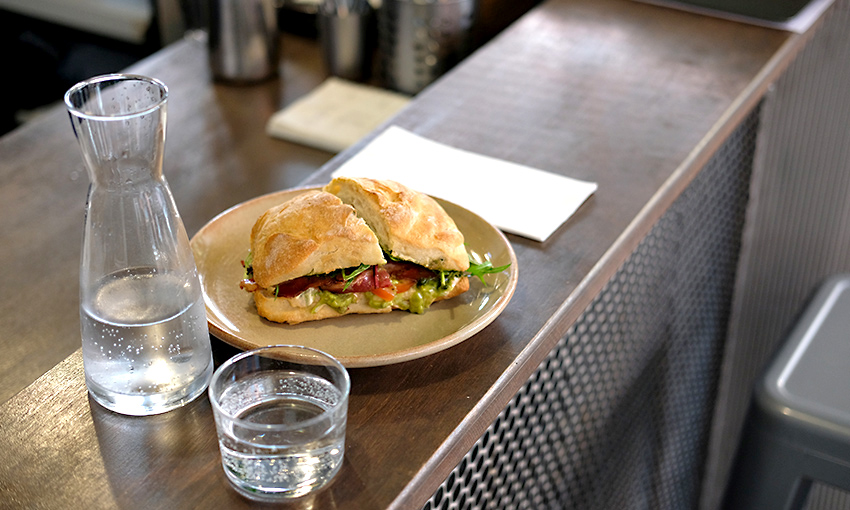 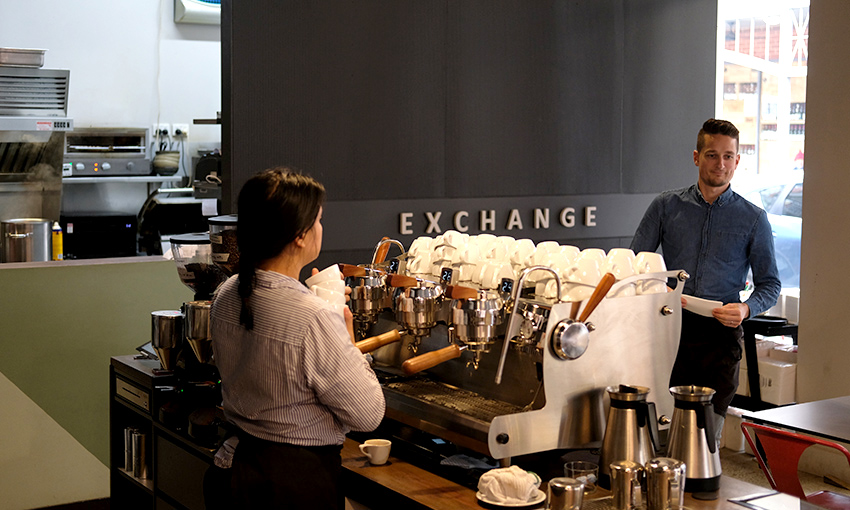 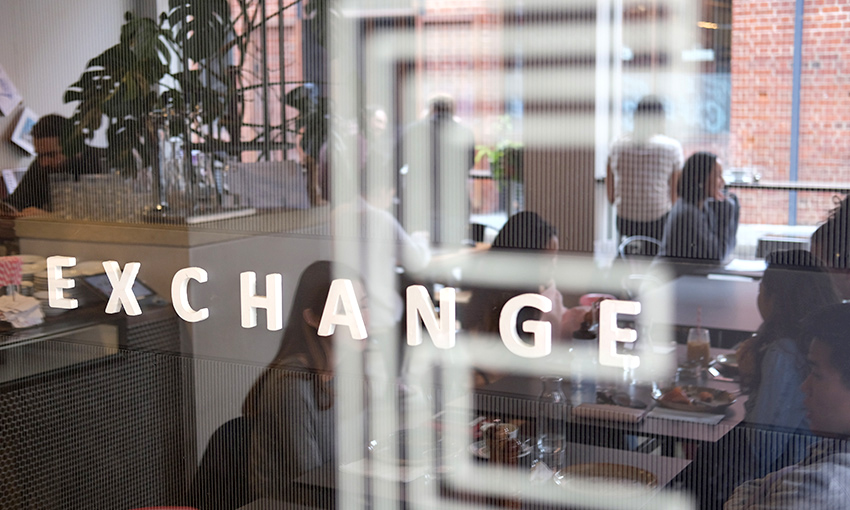 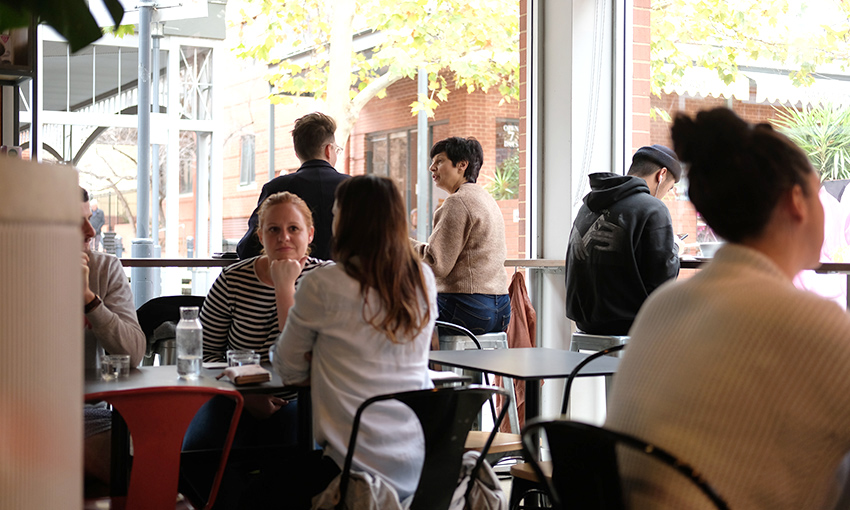 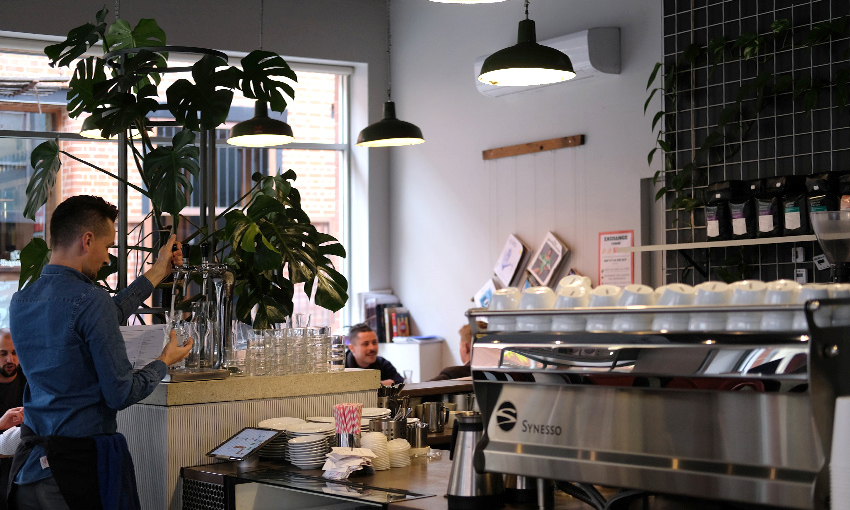 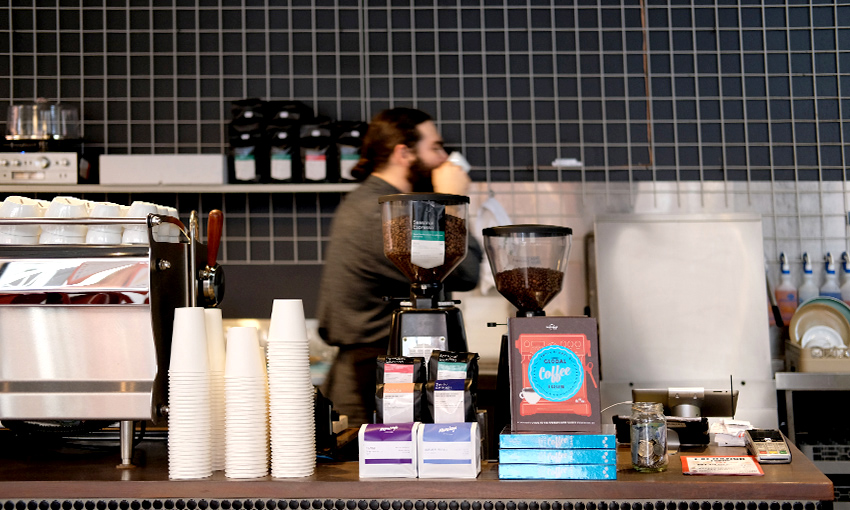 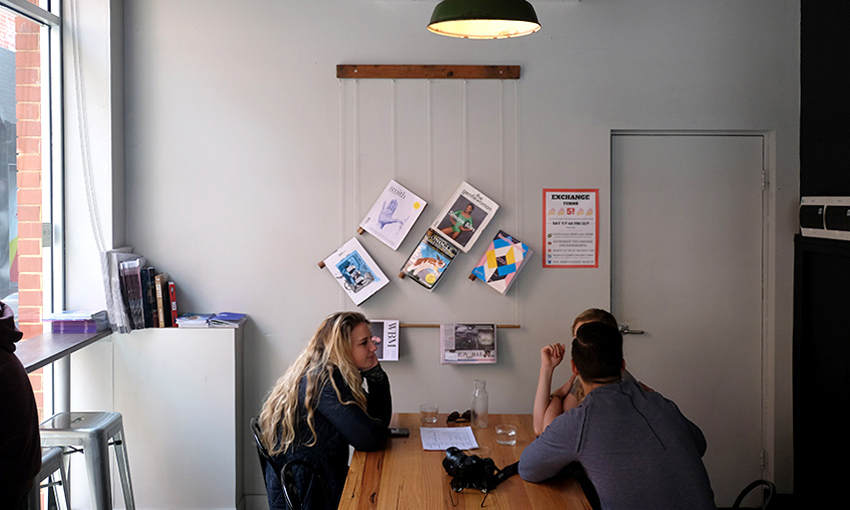 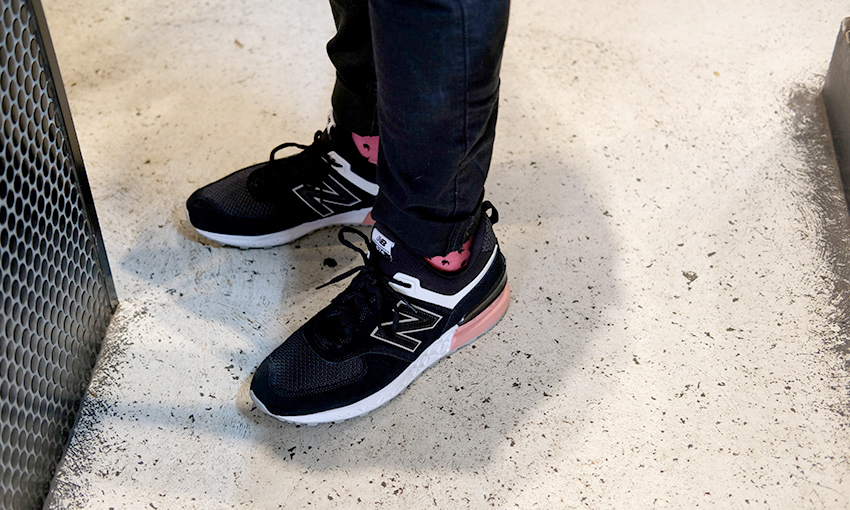 “I couldn’t say we were the first to do it,” says Tom Roden, owner-operator of Exchange on Vardon Avenue in the city’s East End.

“Certainly, when we opened and put carafes of sparkling water on people’s table, a lot of customers would either leave it untouched for fear of being charged or bring it back to the counter and say, ‘we didn’t order this.’”

It was a simple innovation – free sparkling water with every coffee – but five years later and this little gesture of hospitality has become ingrained in the Exchange ethos and more broadly across Adelaide’s specialty coffee shops.

“The look on customers’ faces when we used to tell them it was free, was worth the cost alone,” says Tom. “But nowadays we rarely have people question the water and I’m just as happy. I do feel like we helped create this shift and upped people’s expectations for coffee here.”

There are many marks left by this exceptional coffee shop over five years. 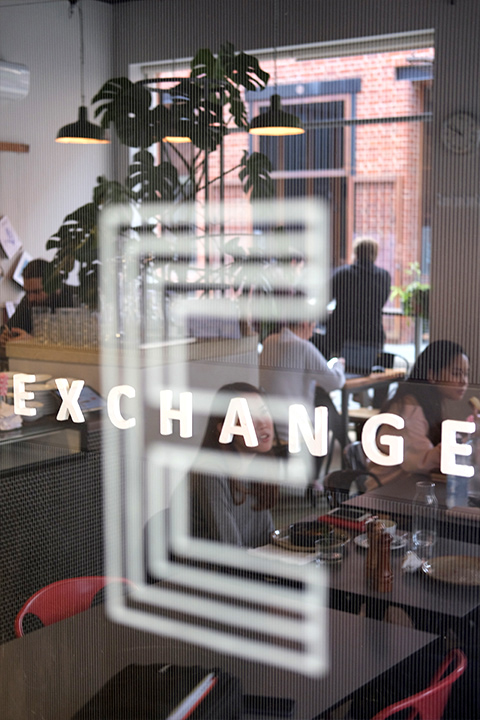 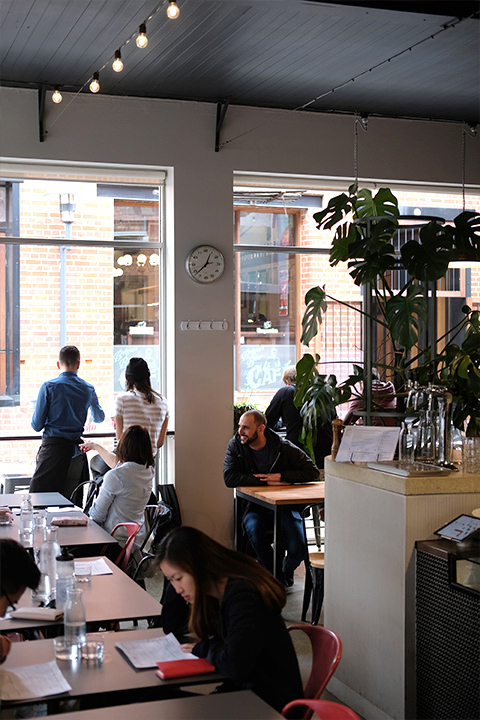 Tom was one of the first wave of Adelaide Repats; he returned from London, where he’d served at Workshop Coffee in Marylebone, to set up Exchange.

And while many things at Exchange have changed over five years, the upward trajectory of the business maintains.

“When you’re growing a small business, the last thing you want to do is put limits on that growth,” says Tom. And it was about three or so years into his lease on Vardon Avenue that he started to worry Exchange had outgrown its premises.

Exchange expanded instead, with the timely exit of a neighbour freeing up space for Tom and co. to absorb.

“Our old kitchen, the kitchen that served us for three and a half years, was just six meters square,” Tom says – eyes wide, staring at the northeast corner of his shop, which once housed the kitchen.

All week Tom’s been having fun with followers online, asking them which menu items Exchange should bring back – crowd favourites from bygone menus – and the response has surprised him.

“People are remembering the name of a sandwich that was on the menu for six months back in 2015. It’s phenomenal to have your business own a piece of someone’s memory like that,” Tom laughs.

The longest serving menu item – the Wallace sandwich – an absolutely smashable avocado, bacon, lettuce number with tangy mayo has lasted four years on the menu. And for good reason.

The sandwich was named in honour of some of Exchange’s first customers and speaks to the underlying ethos behind the shop’s success.

“Interaction, conversation and engagement were the MO at Workshop and that’s why I called my business Exchange,” says Tom. “I didn’t want to hide behind a big machine, or walls, or even the counter. I wanted this place to be transparent, to be open and to be a place where we could really look after our customers.”

The shop may have expanded, the plants may have grown and the menu changed but the core of this business is the same as it was when it opened five years ago.

Come here and you’ll be well looked after. Oh – and the sparkling water is still very much free.