Founded by former architects Stephanie and Hugues Vilette, Eaterie is a socially conscious French patisserie and art space looking to make a difference on Hutt Street.

After four years spent back in their native France, Stephanie and Hugues Vilette returned to Adelaide in December to set up their food, art and community hub, Eaterie.

Both Stephanie and Hugues had prior lives as architects but have since moved on to personal pursuits – Hugues is a visual artist and musician, and Stephanie, while in France, studied to become a patisserie chef and master of crêpe.

Eaterie, which is still in the building stage when CityMag visits, is the coming together of these pursuits, strengthened by the couple’s community-driven ethos.

Food is the primary focus at Eaterie; Stephanie’s pastries are stunningly intricate – an affectation that flows from her history in architecture. Stephanie will also make crêpes to order on a griddles sat atop a large bench in the middle of the business’ main space. 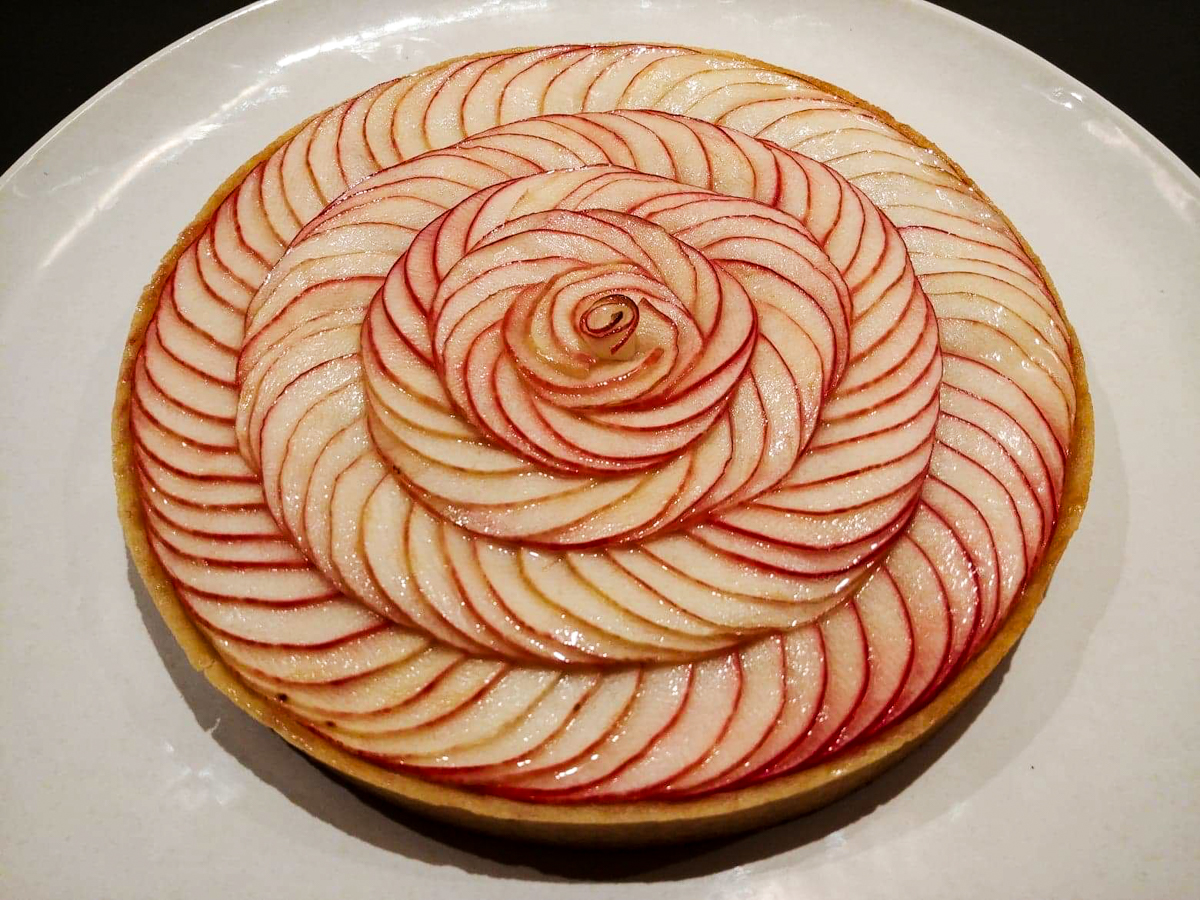 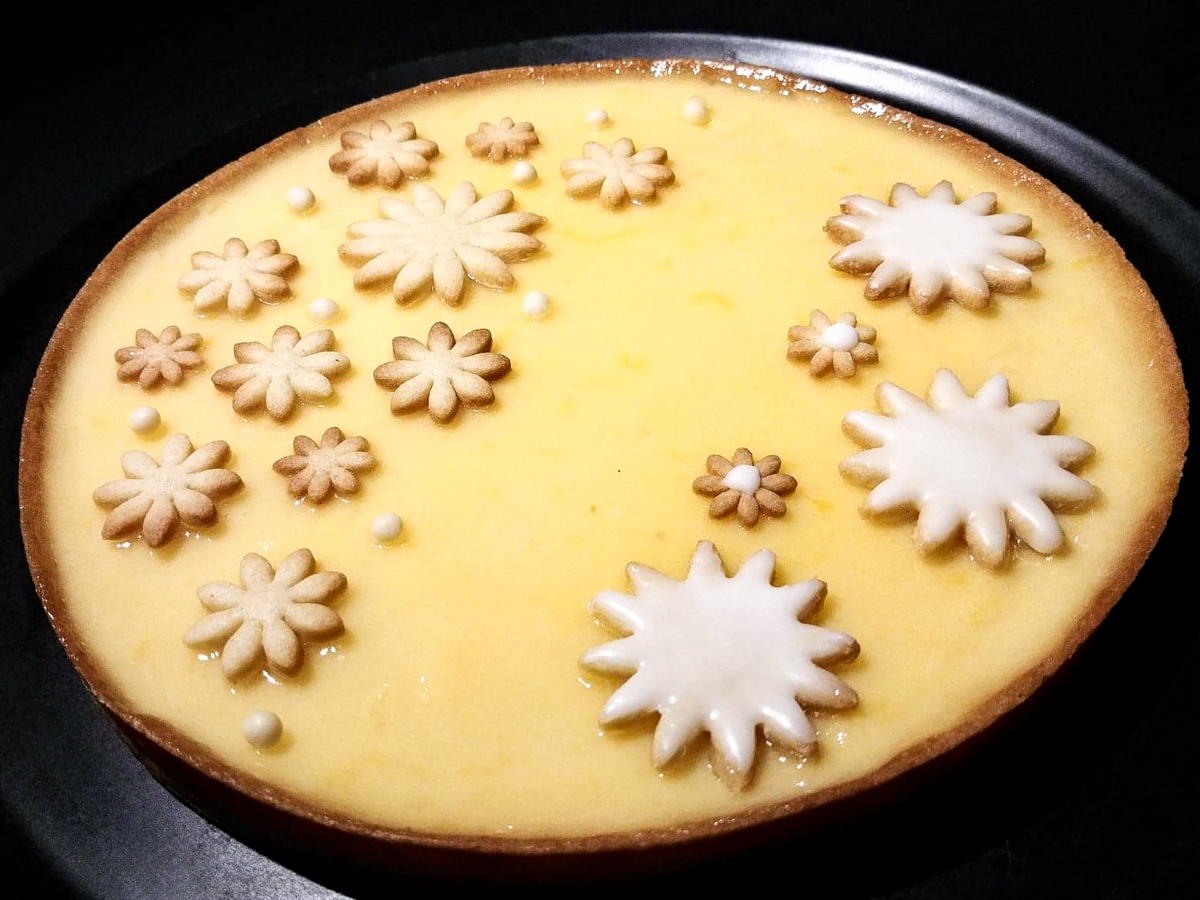 Above: An apple rosace and lemon curd. Images supplied

“The crêpes will be made in front of people, and that’s the very inviting part, that they can come in and ask questions,” Stephanie says.

In everything Stephanie creates, there is influence from the Fleurieu Peninsula, where she and Hugues lived before their brief move back to France.

“We moved to the Fleurieu 10 years ago now, when our first son was born,” Stephanie says.

“We found a community that we connected really well with, and as it turns out, a few of my friends became growers while I was becoming a chef, so it is human connection I’ve got and have had for a very long time.

“Being French, I believe in land, I believe in the value of growing something somewhere, and there’s a lot of effort that’s been done in the Fleurieu in the last decade to create a sense of terroir, of grounding the products.

“It does give another sense to the food as well, if you know the person who has produced it, if you know where the salary goes, if you know it supports the community.”

The Hutt Street community was recently targeted by a spate of negative media coverage propagated by a small number of business owners in the area, which prompted Renew Adelaide to get involved.

Stephanie has a history of creating community through food; while in the Fleurieu she joined the Slow Food movement and held cooking classes through homelessness and social disadvantage charity, Common Ground.

“That was about one day a week. We connect people on the fringe with their family, with themselves, with a social life,” Stephanie says.

“Because they’re given shelter and they live amongst each other like that, but they can’t connect together because they’ve lost that skill. Through food and through cooking and eating together, we’ve managed to bring them back together and connect them with their family as well.”

Eaterie will have a similar social component, which Stephanie and Hugues are still yet to define.

“The fact that we have Hutt St Centre has never been an issue for us. On the contrary, we think as a community we can do something positive.”

“There’s something about being here, in the middle of different communities, and trying to bring people together in a more positive relationship,” Hugues continues.

“It’s not only an opportunity, it’s also because that’s of value. We think food brings everyone together.” 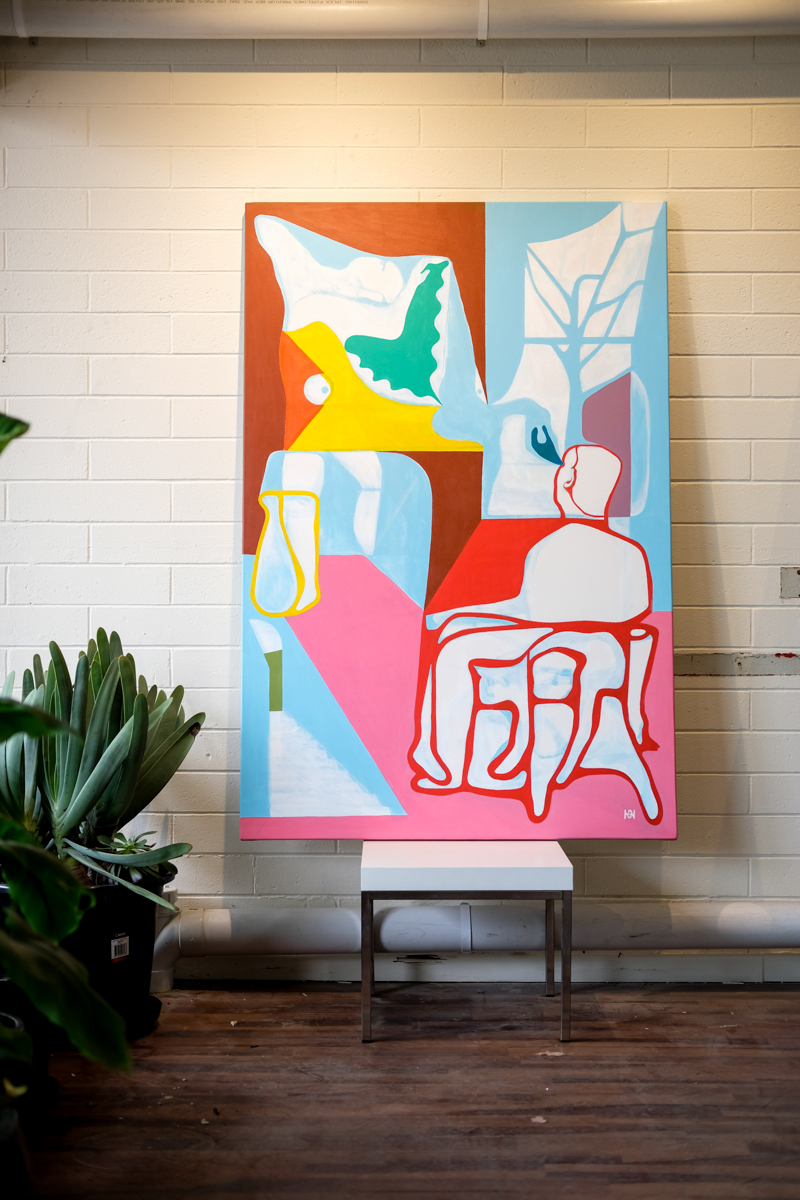 At the western end of Eaterie is a smaller nook where Hugues has set up an art space, which will feature his own works and act as an occasional studio.

“Once in a while we will organise things at night, and probably music concerts too,” Hugues says.

“I’m interested to bring artists here to talk about what they do, because they don’t have much venue to explain and to engage with people on a different basis than a commercial one.

“I have also some friends who I play music with and we play jazz. Maybe we’ll play here in a small band. We will have a piano here, and some musicians are coming to play here.”

A large part of why Stephanie and Hugues moved back to Adelaide, and into the CBD, was for lifestyle – there is a vibrant and authentic South Australian food culture they could not forget, Hugues says.

Mostly though, the couple returned to rejoin the community they’d built over their first decade here.

“We had so many friends and so much life here. We missed it,” Hugues says.

“And for kids, it’s a better place than France, actually. We have a daughter with a disability, with Down Syndrome, and inclusion is much better here for disability. So we had to decide what would be the future for them and the balance of the family.

“[And] we love to live here in the city. It’s such a fantastic place to live. It’s a small city, but it’s still urban. You can do everything and there’s a community of people here in the city, which is quite interesting. Very different from the suburbs. It’s a different kind of Australia.”