Quality Noods founder Justin Healy is opening Dunfor Noodle Bar on Hindmarsh Square this October, a concept which builds upon the popular ramen pop-up he's run for the last 12 months.

After running his ramen pop-up for a little over a year, Quality Noods founder Justin Healy is taking the concept into his first bricks-and-mortar restaurant.

In late October this year, the chef will unveil Dunfor Noodle Bar in the former The Deli space on Hindmarsh Square, adding to the burgeoning block that is already home to Fire by Soi 38, a currently expanding Clarity Records, and LOC Bottle Bar.

Dunfor is an evolution of the Quality Noods concept and will build upon the original business’ commitment to highlighting quality South Australian producers.

“With Quality Noods I was focussing on styles of noodles and things like that; with this I’ll mostly be focussing on producers and the style of food that I want to cook,” says Justin, who spent a year working on The Dairyman’s farm in the Barossa.

Noodles dishes will still be a “central part of the menu”, Justin says, with four bowls being available – two meat-based and two vegan .

“The vegan one will be a miso and a shoyu tare, so you can choose between both, and then the meat one will be a shoyu and a shio tare… and the toppings will reflect each bowl,” he says. 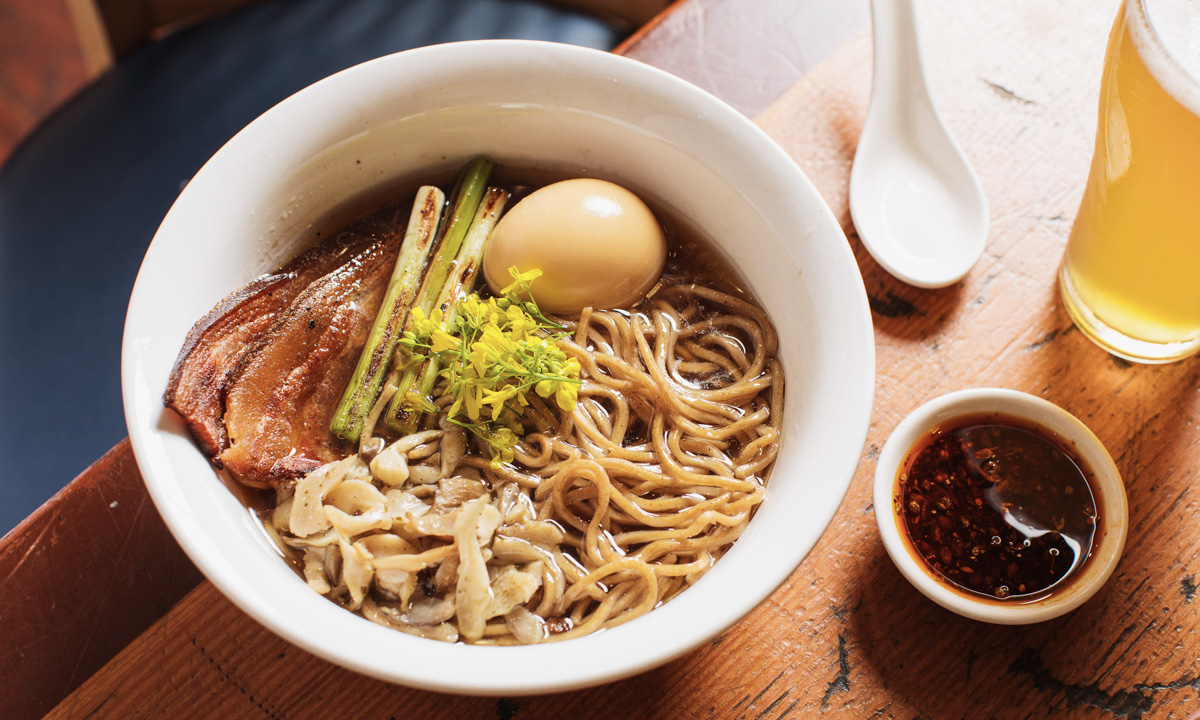 A bowl from a Quality Noods pop-up at The Exeter. This image: Lewis Potter

There will also be a selection of snacks, such as a “really good potato salad”, a plate of pickles, and a fried oyster po’boy (which can be made with fresh oysters for the cooked-oyster averse). There will also likely be a desert.

“Just a really small offering so we can offer some of the better stuff that we can get our hands on from SA producers,” Justin says.

There will be two beers on tap from Victorian brewery Bridge Road Brewers – one tap will have a lager on and the other will rotate based on the season.

Justin will also make cordials in house, which can be added to the tapped still or sparkling water available.

For those wanting a splash of wine with their meal, Justin is currently working on acquiring a BYO licence and hopes to foster a close relationship with his LOC, his neighbour two doors over, where he has previously held pop-up ramen nights.

“You can go over to LOC and grab a bottle takeaway, walk about 10 metres and have a nice bottle of wine and a good bowl of noodles at the same time,” Justin says.

“And you hopefully will be able to do a takeaway bowl of noodles that will be delivered to LOC, so you can eat and enjoy yourself.

“That’s what I’m planning. It may change, but I kind of hope it doesn’t, just to be streamlined so the focus can be on having good beers on tap, having a really wicked wine bar next door with a great selection.”

The Dunfor tenancy includes a space upstairs that Justin is currently converting into a production and preparation kitchen, which will make for a welcome change to the Quality Noods model, which saw him prepping either the night before or the morning of a pop-up event and bumping into the venue on the day.

The additional kitchen space will also allow the chef to work on a range of fermented products that he has been working towards since launching Quality Noods.

“The fermented products, like soy sauce, miso, koji, and then anything else I can try and step into, is the goal, and that would be another arm of the business at the same time,” Justin says. 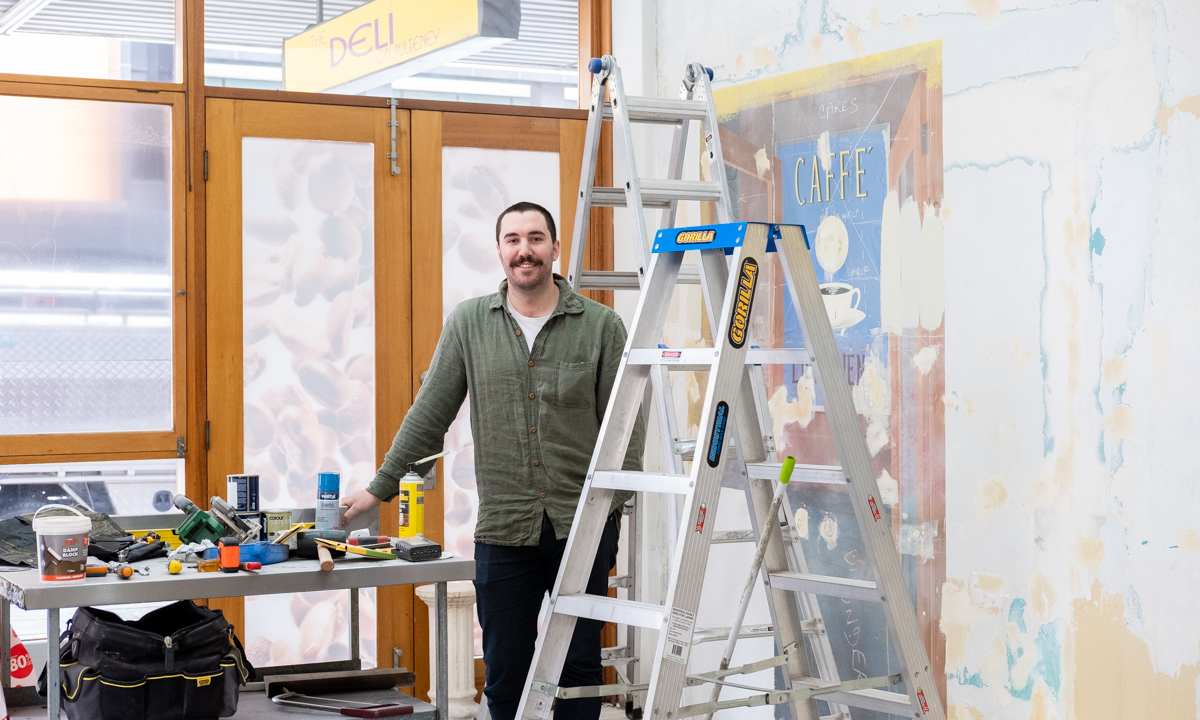 Justin Healy in the midst of restaurant construction

For the fitout design an rebrand, Justin reached out to an old friend, designer Tom Russell.

The old space has been gutted, and the plan is to keep it sparse. The concrete floor will be polished, a large bar will be installed, and there will be seating installed along the southern and western windows. The space will seat 34 in non-COVID times, and around 24 under current restrictions.

The name Dunfor is a self-deprecating reference to Justin’s attitude going into business, back when he launched Quality Noods in August 2020.

“Quality Noods wasn’t really something that I was expecting to succeed, because I opened it… during COVID, proper,” Justin laughs.

“It was kind of done for from the start, so that’s something I wanted to attach to.

“A bit of impermanence is nice, and if you put it in your name, everyone can have a laugh when you close.”

Quality Noods will continue to exist as a separate brand, with takeaway ramen packs planned, and once Dunfor settles into itself, the former business will likely run more pop-ups and be available for functions.

This is likely to eventuate early in 2022.

For now, Justin is focussing on opening Dunfor Noodle Bar in late October.