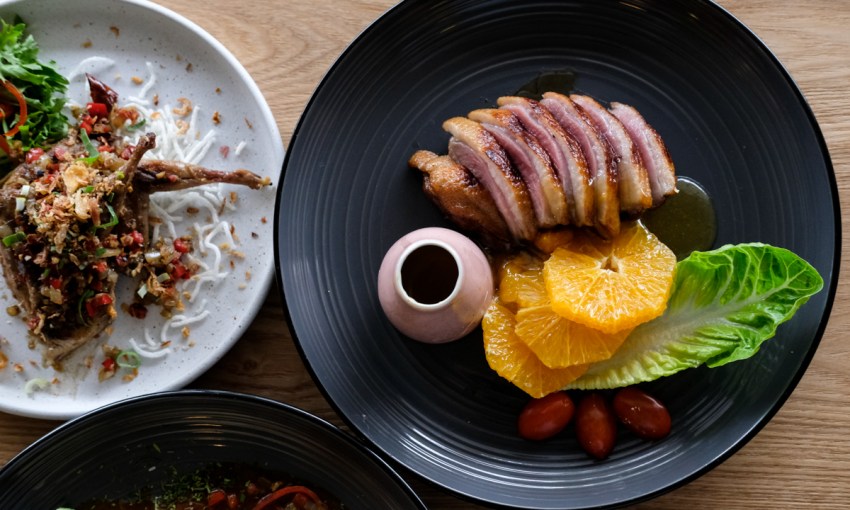 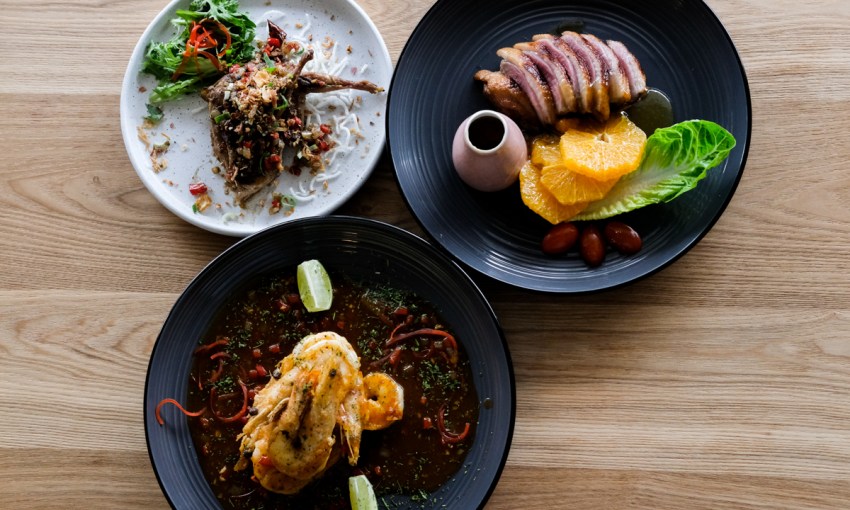 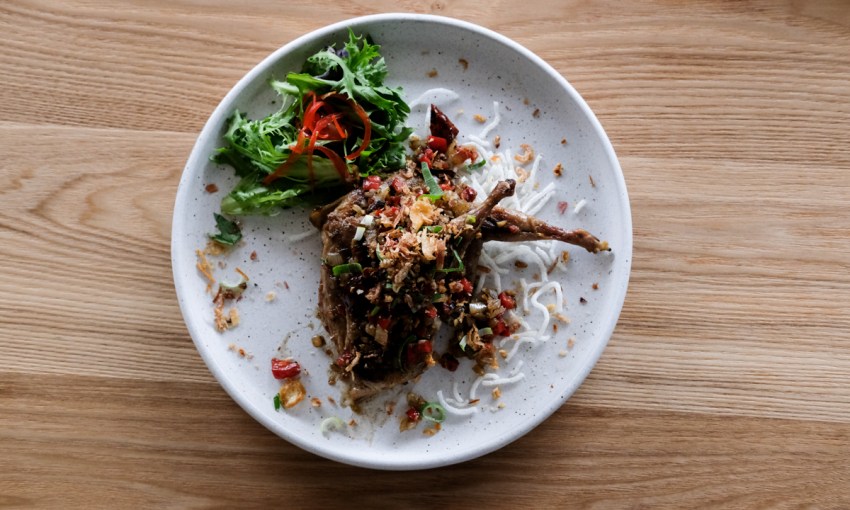 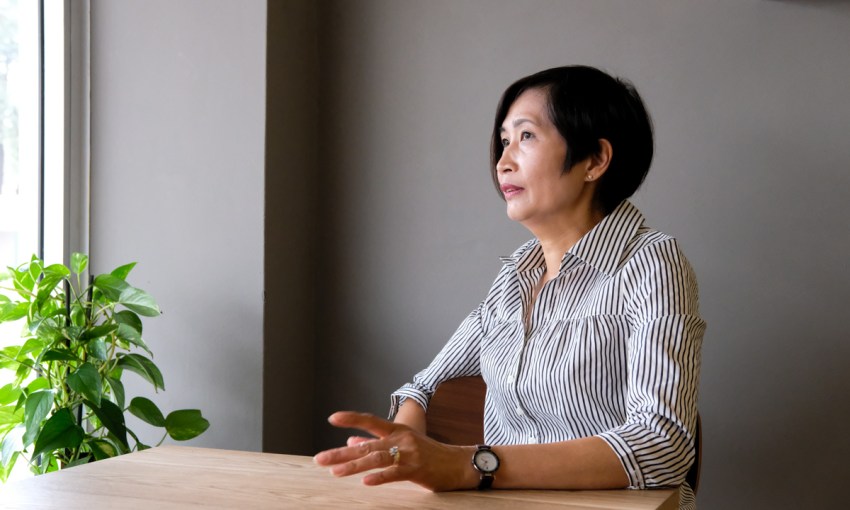 Duck Kitchen opened on Magill Road in February this year, but its heritage stretches back decades.

Inside the space, on the business’ western wall, owners Vicki and Yan Hua chart their personal history in hospitality, starting in 1990 at their very first restaurant, Aldgate Chinese.

The couple opened Aldgate Chinese following Yan’s six-year stint at a Chinese restaurant on Hindley Street, and while Vicki was still running her travel agency.

“I was part-time [when we] started the restaurant,” Vicki continues.

“[But] it was just the mood, because Yan knew how to cook as well, you know? I was also doing hospitality part-time at that time; in the daytime I worked in the office, at nighttime I worked at the restaurant. So we all had experience, so we just went for it.”

Yan carried his focus on traditional Chinese cuisine through to the couple’s second restaurant, Yan Yan Chinese, opened in 2000, up until 2007, when they then became the operators of Raffles Room at Steventon Lodge in Tea Tree Gully.

Steventon Lodge often booked weddings and functions and therefore its menu required some Western influence to appeal to its broad clientele. It was during this time that Yan started to adapt his own cooking into a more modern, ‘fusion’ style.

Raffles Room was Vicki and Yan’s biggest and busiest restaurant, and was also where the duo decided to start focussing on duck as their specialty.

The Peking duck trend that engulfed Adelaide’s dining scene in the ‘90s had abated by then and the pair felt there was now room in the market to broaden what people knew and expected from a duck dish.

This specialised attention on duck formed the basis of their next restaurant, Urban Duck, which opened on Glynburn Road in 2014, and, save for a year-and-a-half break, has been Vicki and Yan’s focus ever since, including at their current restaurant, Duck Kitchen.

“In the beginning we did a lot of roast duck dishes and it was so popular as well,” Vicki says.

“[But] we’re trying to make some new duck dishes and we’ve ended up with more than 10 duck dishes or something now.” 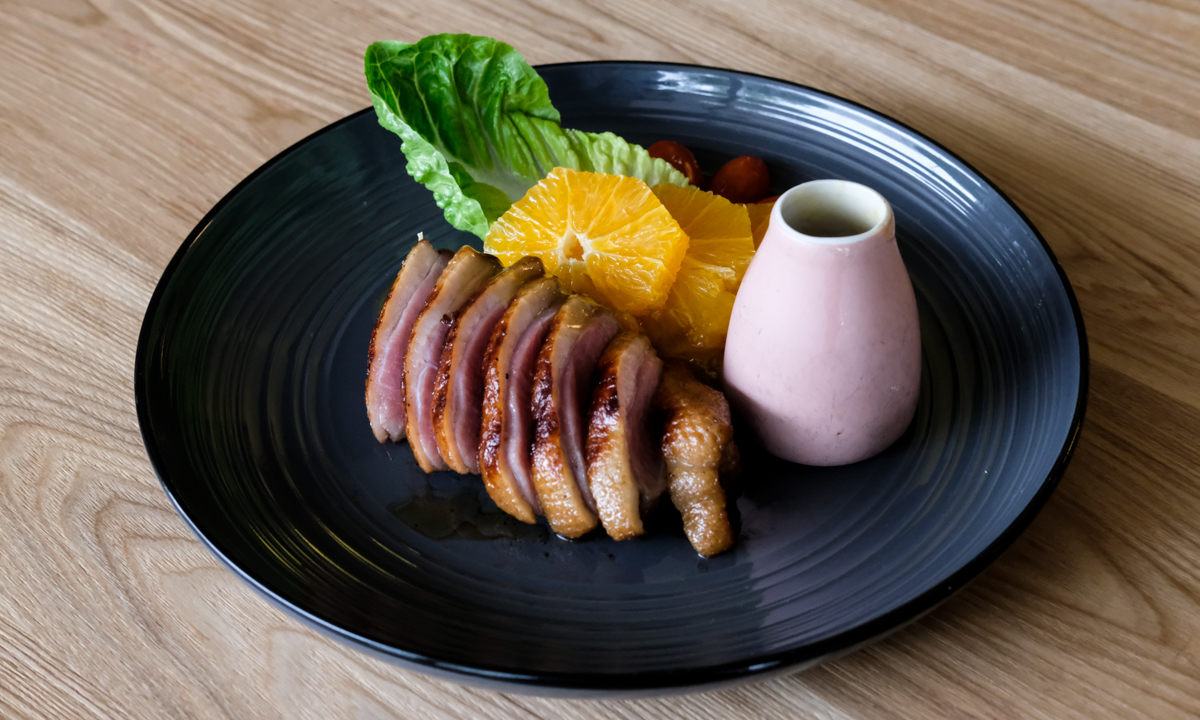 Travel and experimentation serve as primary inspiration for the Duck Kitchen menu. Vicki and Yan recently travelled through Europe sampling duck dishes wherever they could, which led to Yan’s orange and Cointrea duck recipe.

“We went to Europe and they had some duck dishes. The way they created them was very nice, so we came home and made it,” Vicki says.

“[Yan] made his own sauce. We tried for a few times – ‘this is no good, this is no good’ – and then he made the sauce until we liked it. You just keep going. I think we tried about eight or nine times, you know?

“After my children and me all agreed with it, then we invited some friends to come in and cook for them.

“We spent a lot of time on this menu. Thinking then writing and creating.”

About 50 per cent of the restaurant’s menu is new, but there are some old favourites from their previous restaurants that have carried across, like the urban duck – a twice-cooked breast fillet with cranberry. 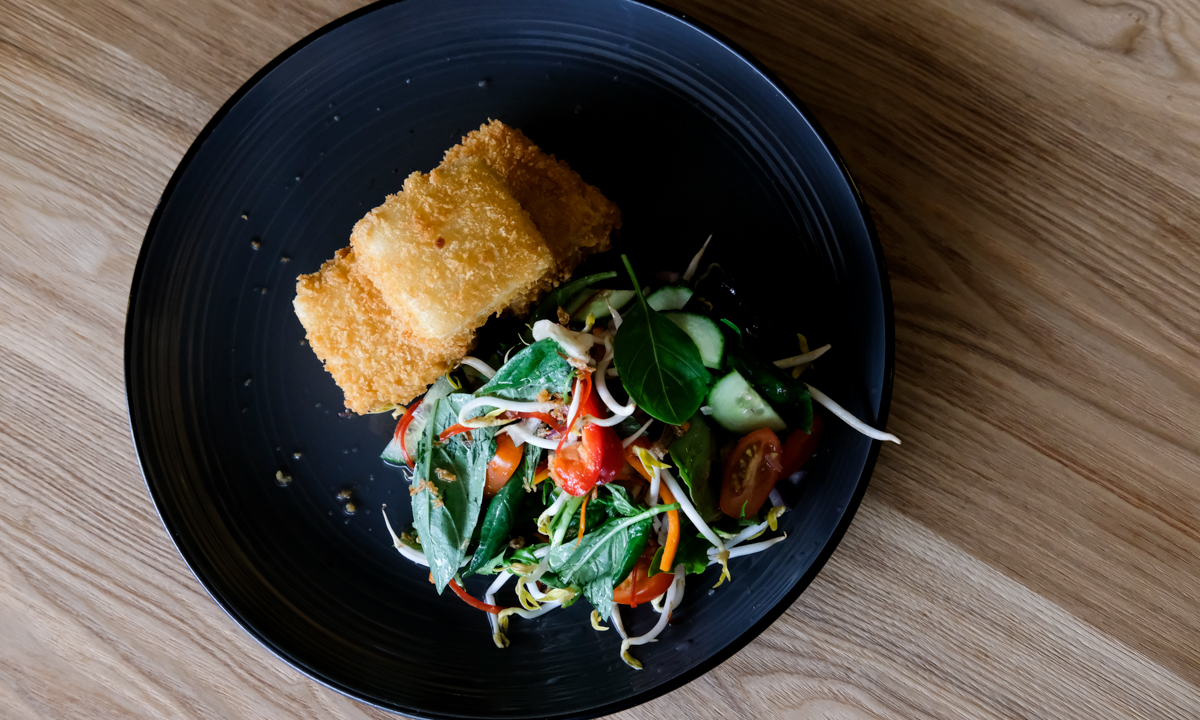 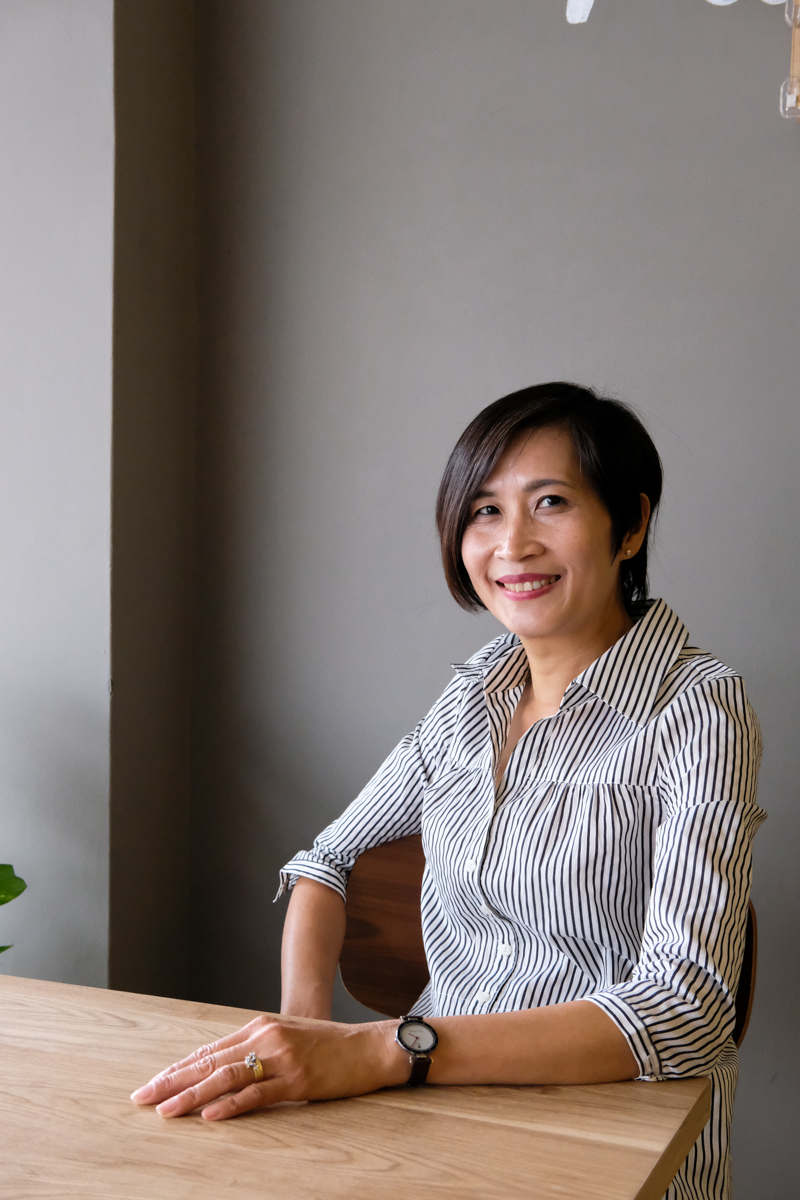 Wherever Vicki and Yan move to, their regulars seem to follow, and so they’ve been careful to keep their greatest-hit dishes alongside the newer entries.

“We have so many regular customers that still come, from Aldgate until today,” Vicki says. “So they’ve got to try something new as well.”

Duck Kitchen is the smallest restaurant Vicki and Yan have ever run. This was to align their modern but homemade take on Chinese food with an equally homely style of service.

And it also allows Vicki and Yan to run the restaurant by themselves, with the occasional help from their children when things get busy.

Mostly though, the couple wants to continue to do what they love as they start the process of winding down toward retirement.

“I don’t want to do anymore big [restaurants]. It’s just a little one, more like a family business now… We’re getting old already! This is the last one; at least three or four years,” Vicki says.

“This is all we know how to do. We’ll work a few more years and then retire. [Yan] enjoys cooking.

“We want to do this small [restaurant], see our customers from so many years, all the regular customers. A nice and relaxed business.”