Wines you should know about: David Franz

David Lehmann didn’t want to be a winemaker.

Growing up as the son of Peter Lehmann, he was surrounded by the industry, but determined to forge a different path.

Taste some David Franz Wines and that of 25 other independent, next generation producers at The Fruitful Pursuit’s Wine Playground event on Saturday September 10.

“It was the sheer bloody mindedness of wanting to do it yourself, not do it off the back of what Dad did and his name,” says David. “But I realised that this is what I really love.”

It was a realisation that came only after trying several other things. An interest in art and design led him to study Human Environments (“It was like a mixture of architecture and interior design,” says David) at university for a while, before pursuing a hospitality business diploma.

Some time spent overseas with now-wife Nicki pushed David back towards wine making. In South Africa and the UK, the pair worked vintages and as cellar hands, “and from there it just sort of became obvious that this is what I wanted to do,” says David.

David made his first wine in South Australia from the vintage of 1998, and has now developed his wine label into a strong business with a current range of 21 wines (including some fortifieds), a cider and a grape juice syrup that sell across Australia and internationally into markets like Japan and the US.

Producing under the name David Franz so as to keep to his ideal of not trading on his Dad’s reputation, David hasn’t forgotten some of the other things he learnt while away from the wine business. His interest in graphics has become a significant feature of the brand, with David designing all of the labels himself and then printing them and the boxes in house.

“We’ve built the brand around the uniqueness of our packaging,” says David as he oversees the screen printing machine that prints his designs directly on to bottles.

“The whole idea of being an artisan to me is that you should take it through the whole process. I’ll try a wine while it’s unlabelled and it always tastes better when it’s got the label on.”

The other cornerstone of David’s wine making is his deep knowledge of growing grapes.

Now managing all of the Lehmann family vineyards – from which he takes most of the grapes for his red wine varietals, David has developed a philosophical approach to producing.

“I like to characterise what we do as sustainable farming and it’s about focussing on the soils. My goal is to have these vineyards and this soil in a much better state than when I started farming them,” he says.

“It’s about creating a system that is really robust – having really healthy vines and healthy soil, because the healthier they are the more resistant they are to disease and all those things.”

The largely organic approach is similar to that taken by the producers who David buys his white grapes from – many of whom are located in the Eden Valley. This type of production then feeds into a fruit-driven approach to making wine.

“It’s crafted over the years by getting to know the vineyards and the fruit – not just our own vineyards but the others we use,” David says.

“For me, it’s really more – just let the fruit make itself into wine… The thing for me that it always comes back to is not cutting corners. Everything is done really honestly – we’ve grown the best fruit, I’ve picked out the most appropriate fruit out of the vineyards, and crafted those wines that have the depth.”

And while his wines might currently be more recognised in Queensland and NSW – his two biggest markets – than in his home state of South Australia, the simplicity of David’s attitude towards wine is worthy of a bit more local attention.

“In terms of wine there is no right or wrong answer, it’s just whether it tastes good,” says David. 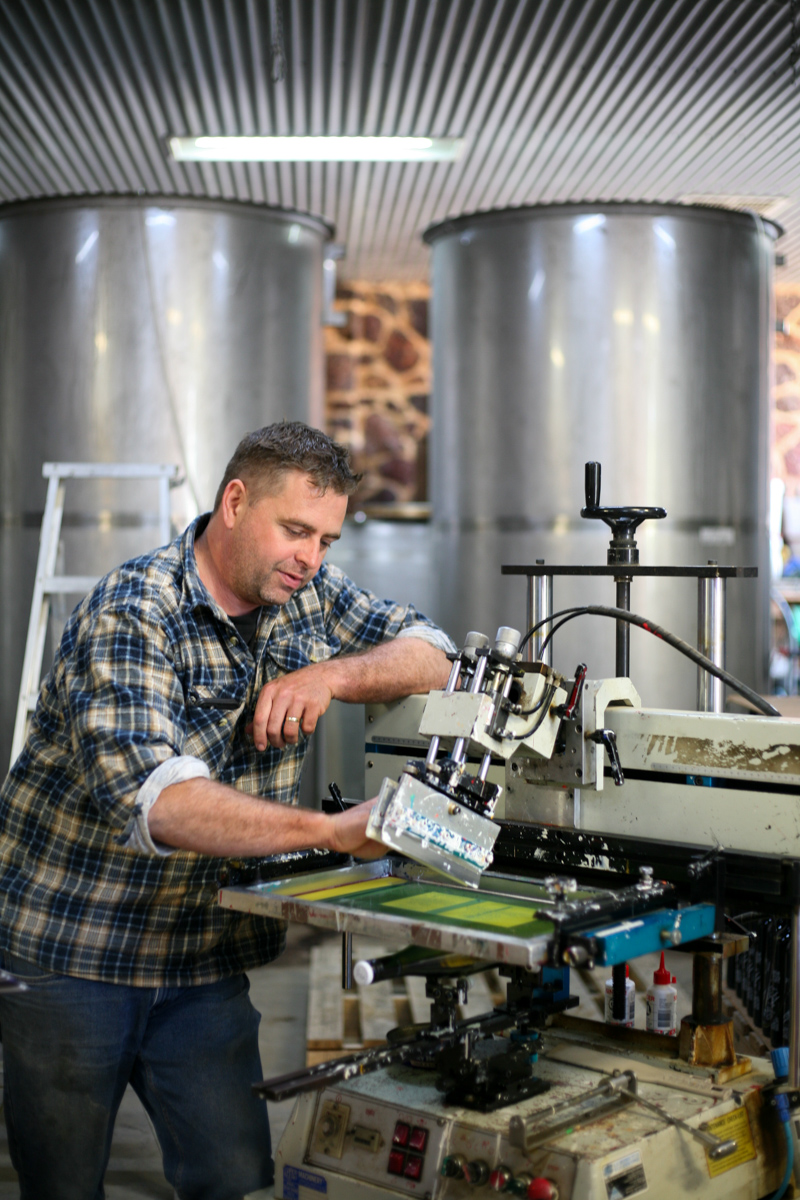