When CityMag arrives at the old Chopstix on Glen Osmond Road, most of the former restaurant is piled up in the car park. Inside, builders rattle and buzz while installing a new ceiling – early steps towards the building’s new life.

The restaurant is on its way to becoming Noi Vietnamese Eatery, a refreshed take on a suburban mum-and-pop Vietnamese restaurant run by two of Shibui’s founders, Thy and Quang Nguyen, and the couple’s extended Nguyen family: Thy’s brothers Phong and Toan, and Toan’s wife, Nhi.

Noi is slated to open in early November. Stay tuned to CityMag for updates.

Thy’s family has had this site for the last decade, but with her parents now in retirement, the family had to consider what would happen to the property.

Initially, the plan was to oversee minor renovations and find a new operator to run the business, but as they peeled back non-structural walls and pillars throughout the space, the project started to look a lot more like potential.

“The conversation went from ‘We need to find someone to run the restaurant’ to ‘Wait a minute, why don’t we do it?’” Nhi laughs.

Thy cut her hospitality teeth at her family’s Rundle Street restaurants, Lemongrass and Chopstix, which are both currently run by Phong, Toan and Nhi; and Quang’s recent history has seen him make a name for himself in Adelaide’s café and dessert scene.

Under the Nguyen Collective, Noi will be the family’s first restaurant with Vietnamese food at its core.

“It’s Vietnamese food that we grew up with, to a point, and also things that inspire us,” Quang explains.

“Technique will be a big thing, and it’s not like we’re trying to reinvent Vietnamese food, we’re looking at some classics and taking our approach on it.

“It’s the same with the dessert bar – we want to break it down and see, how can we get more flavour out of this? How can we make it better?”

The troupe has been brainstorming the menu for years, in search of a venue befitting of the concept, and the task for the team is to now whittle their ideas down to a cohesive offering.

The kitchen has been gutted and will be built from scratch, and Quang says wood grills will be a particular point of pride at Noi. There will also be items not traditionally available in a restaurant setting.

“Probably one of the big things we’re doing is called bánh cuốn, it’s a thin steamed rice sheet that gets steamed over broth and then filled with either mince or mushroom or something and rolled,” Quang says.

“It’s not commonly seen in a restaurant, but it’s something we have at home. And anyone who’s had it is like, ‘What is that? That is so good.’ So that’s something we want to bring, and offer different versions of it as well.” 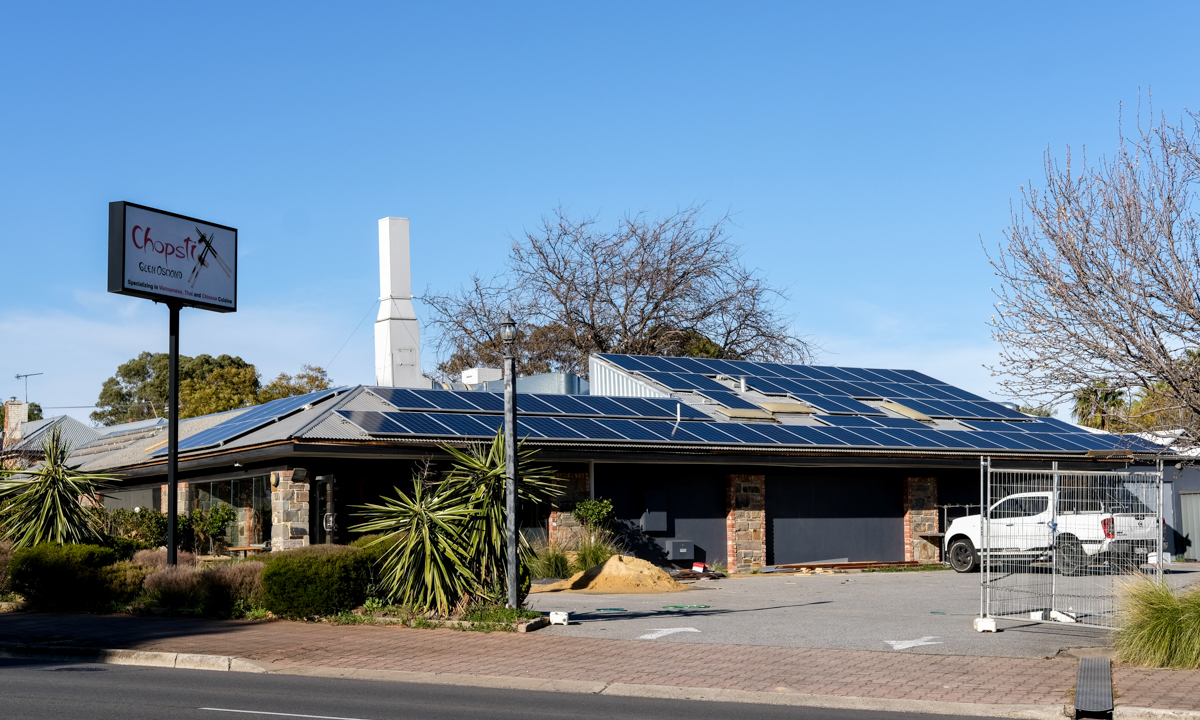 Noi’s offering will be designed to make sense in the local hospitality context.

“We know what’s [nearby], and there’s a vibe and clientele,” Quang says.

“The intention is to match into that. We’re not trying to be the top restaurant in Adelaide or whatever, it’s more of a family-orientated, nice place to go.”

“It’ll just be very welcoming. Same as Shibui: welcome to our house,” Thy continues.

“We want to show people what we grew up with and we’re so excited… Our aim isn’t to be new, the point isn’t to be different, it’s just, come in, you’ll have really great food, it’s going to be tasty as, and you’ll have a good time.”

A small section of the restaurant will act as a production space for Shibui, which will help ease the stress on the dessert bar during festival season. This also means Noi’s dessert game will be “solid.”

“There’s a lot of equipment that you wouldn’t normally have in a restaurant we’ll have for the dessert bar, which means we’re able to do more things for the restaurant that we might not normally do,” Quang says.

Though the space is expansive, Noi will seat 80 people and will have a function room and an in-house market garden along the eastern façade.

Like Shibui, the design and aesthetic of the restaurant will come from the founders, with light timber, black steel and brass elements, and neutral colours used throughout.

And although Thy’s parents have retired, regular customers from the Chopstix era might still see her folks pop in from time to time.

“They’ll be around, for sure,” Thy laughs.

“To look after the garden,” Phong jokes.

Noi is slated for launch in early November. Stay tuned to the restaurant’s progress via its Facebook and Instagram pages, and subscribe to CityMag for updates.