Comida is opening in the Hills this weekend

Comida is hosting two parties in its new Hahndorf garden this weekend ahead of the eatery’s full launch next week. 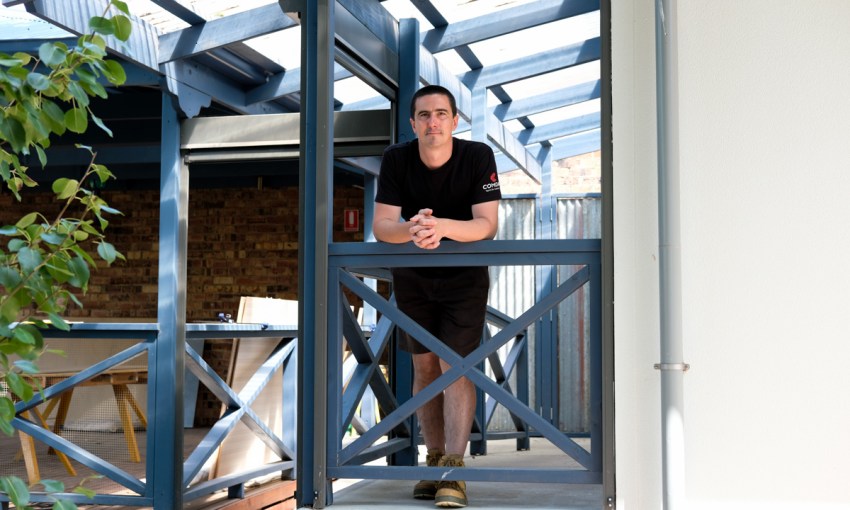 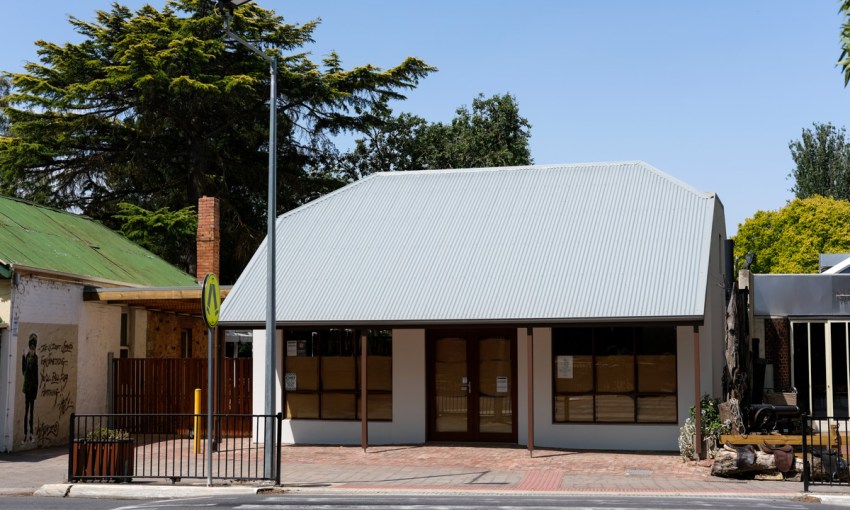 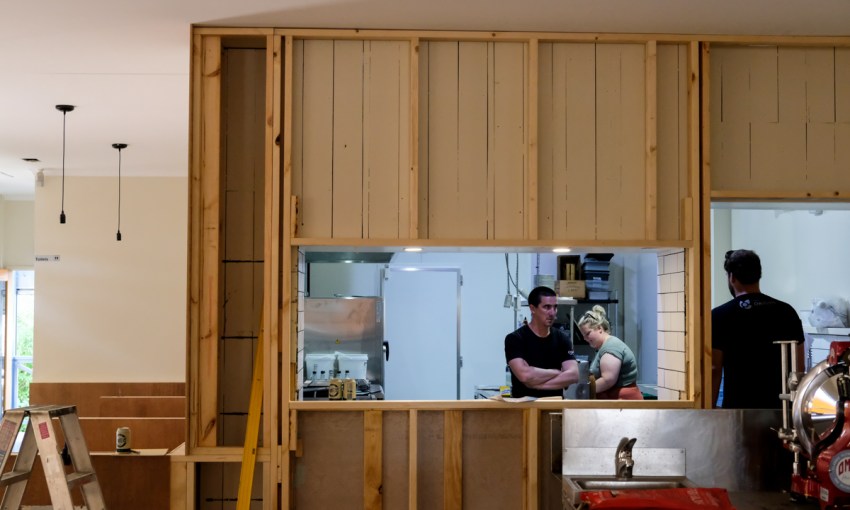 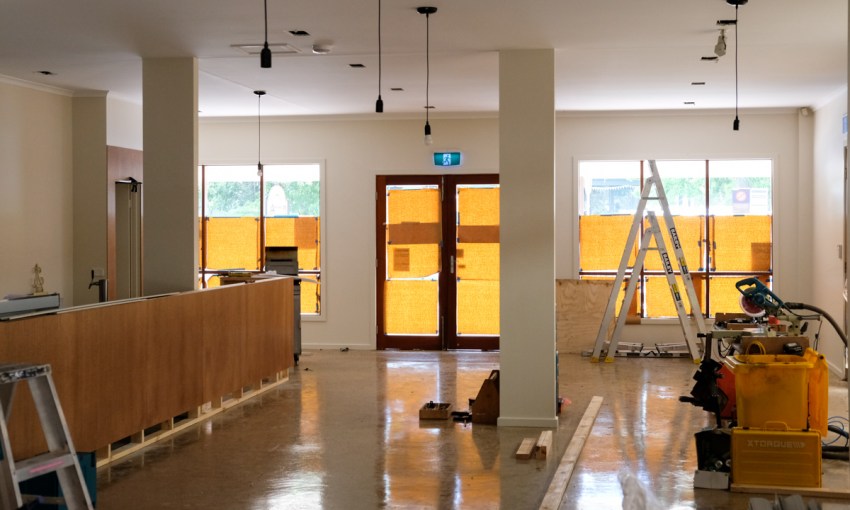 Coffee is not yet available from the space, he apologises, but we’ve found a happy medium.

The indoor café section of the venue has been stripped back to the walls and pillars, and the new Comida Inc in the Hills is mid-construction.

A bar and point-of-sale section will greet customers on the right of the doorway, with a retail section hosting local cheeses, bread and charcuterie (as well as some paella ingredients), which can be taken down into the garden for a picnic.

There will be stools around the end of the bar, four tables in the middle of the space, and more seating along the wall opposite, with booths running through the hallway leading out to the deck outside.

A chef’s table will offer scenes of the kitchen at work.

The interior has been designed by James Brown and Claire Markwick-Smith and is being built by Tiger Build. Brad says to expect a lot of “earthy tones” and for good use to be made of the natural light coming from the extensive windows that skirt the space.

Throughout the process, Comida’s logo will also go through a softening up, in an effort to make it less corporate, Brad explains.

Comida first opened up the space in December, hosting a pop-up garden get together, and, a month later, they’re “at the stage where we just want to open the door,” Brad laughs.

The indoor space won’t be ready until mid-next week at the earliest, but this weekend, Comida is opening up its garden again, both on Saturday and Sunday, to offer up a glimpse of what’s to come. 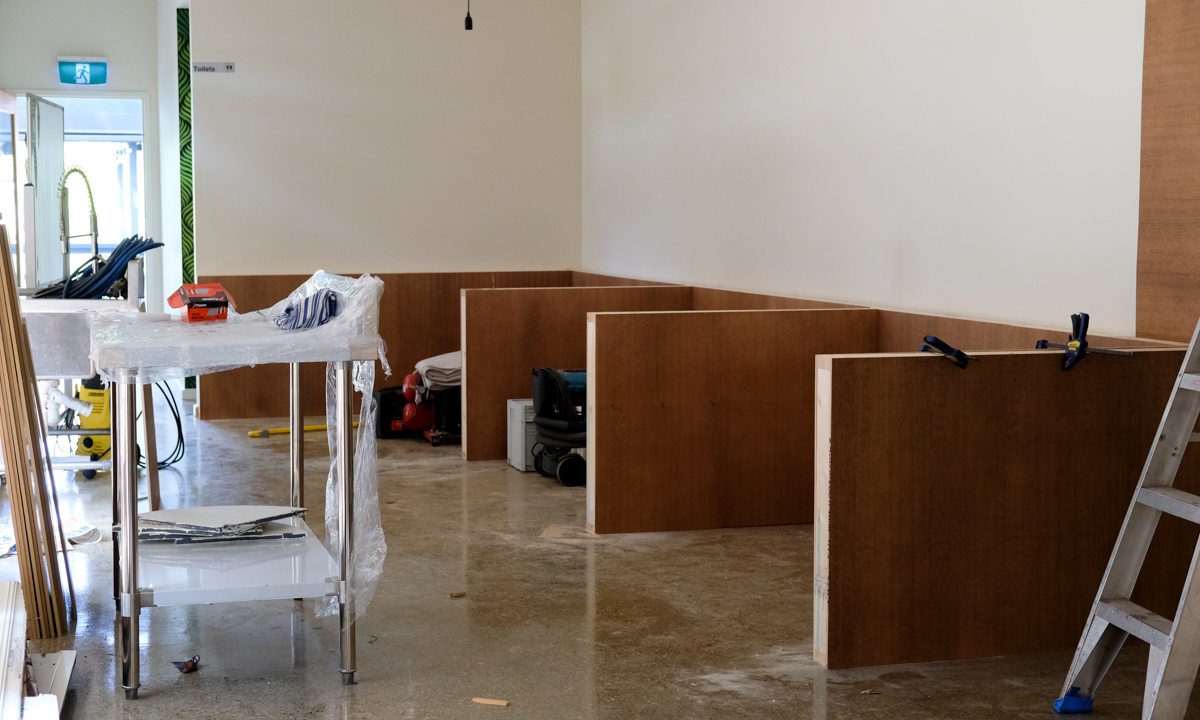 On Saturday, Comida will team up with Unico Zelo to present a three-course lunch, with all proceeds from wine sales – from both the Unico Zelo and Harvest range – being donated to the Adelaide Hills Wine Region Fire Appeal.

The lunch will consist of tapas, pintxos and empanadillas, followed by local lamb and veg and salad from the garden. Tickets are available via Eventbrite.

On Sunday, Comida’s garden will open to the public again, from 9am through til 5pm, with the kitchen pumping out a bunch of Market favourites, as well as coffee from De Groot on pour.

Following the weekend, the Comida team hopes to open the entire venue mid-week, ready for their first weekend of trade.

Comida’s Hills menu will take a bunch of favourite dishes from their time at the Markets, but will be presented with more polish.

“I think food’s going to be a little bit cleaner,” Brad says.

“There’ll still be things like empanadillas, croquetas and fried potatoes, and there’ll definitely be things form the Market, but the way we go about the larger plates will be a little bit different.

“We want to get back onto Fair Fish Australia, and eventually break the whole beast down and derive the menu from that.

“That’s the plan, but just setting up first, we’ll support all of the local producers and build the menu from there – like Ngeringa, and Nomad Farms with the chicken. All the local guys.”

The indoor and deck sections will be fully serviced, but the garden, whilst being available to diners, will not be.

“[On] weekends we’ll open up the bar down there, but during the week it makes sense for it to be in here, and then people can order and sit out there,” Comida’s front-of-house manager Nikkita Wood says.

Comida will initially trade six days (closed on Tuesdays), with breakfast and lunch available throughout, as well as dinners on Friday night. The eatery may open up seven days a week later down the track, and Nikkita stresses that they’re ready and available for functions at all times. (The first wedding for the venue has already been booked, in March.)

Brad is local to the Adelaide Hills, and he’s measured when we ask him if he thinks Comida and the Hills will be a good fit – “We’ll see,” he says – a cautious humility being a known trait of the chef – but Nikkita displays much more confidence.

“I think it will, because I think we’re still going to use a strong Hills focus with booze and with food, but still have Spanish influence,” she says.

“We want to have something different for the locals, and in that first weekend we opened up as a pop-up in December, we had so many locals come in, and they’re so excited that it’s opening, just to have another option…. They’ve just got something else to add to the rotation.”

Comida in the Hills is open this Saturday and Sunday, 25-26 January. For updated information on the official launch of the whole venue, keep an eye on Comida’s Facebook and Instagram pages.