Comida Cantina is coming to Roxie’s

Roxie's Garden is set to become the East End's most lush café, with Comida bringing their Market menu and a range of wood-fired goods to its new street-front cantina, serving seven days a week.

The hoarding has gone up and work has begun on the latest evolution of the perennially-in-flux Roxie’s site.

Former Central Market stallholder Comida has been the in-house kitchen team at Roxie’s for a little over a year now, and, following their exit from the Market, their presence at the site will be solidified through this new development.

The Comida Canteen will launch on Monday, 11 November. Trading hours will be confirmed closer to the date.

The lively line-drawn façade has been torn down and in its place, beneath the existing pergola, will be a canteen and service area, designed by architect interior designer Alana Cooke, from which the Comida team will serve up De Groot coffee, a range of bocadillos, wood-fired meats and Spanish-influenced salads.

The addition to the site will launch – all things going to plan – on Monday, 11 November, and will also see Roxie’s turn for the first time into a seven-day café.

“The idea is to get the most out of the space,” says Jordan Jeavons, head of research and development for the multi-faceted East End block encompassing Roxie’s, The Crown and Anchor, Midnight Spaghetti and Chateau Apollo.

“Every morning all the sun shines in, so to not have people in there using that space at that time – we use it for an occasional meeting here or there and it’s probably the nicest space in the East End.”

The brief for the design has stipulated a “plant-filled greenhouse at the front of the property… full of light [and] mindful of the fact there are some really nice, not heritage, but nice old elements,” Jordan says.

As well as providing a line of sight from the street through to the inside of the venue, the new-look Roxie’s will also have a small section of outdoor seating.

“We’ll suddenly be visible and useable to thousands and thousands of people that stream through the East End going for lunch whatever which way, and on Frome Street there’s so many people doing that,” Jordan says. 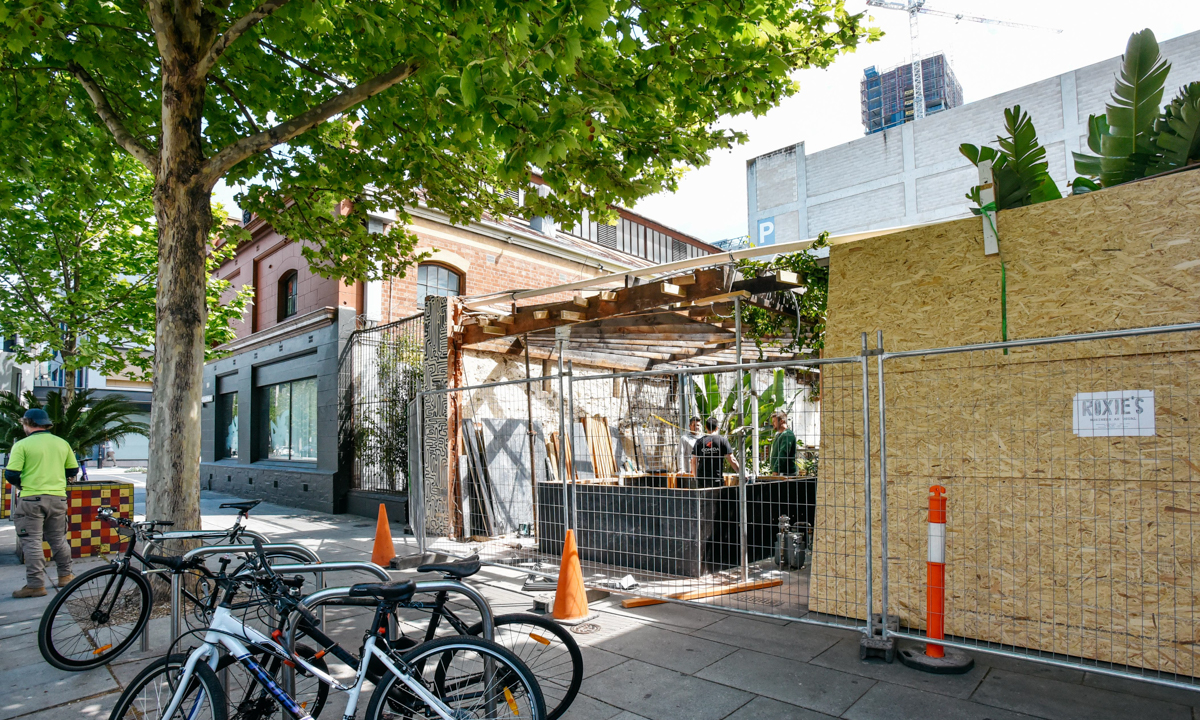 A new view into Roxie’s

Chef Brad Sappenberghs will bring over the same daytime menu Comida had at the Adelaide Central Market, and will make use of the existing infrastructure within Roxie’s – like the wood oven.

“We’re going to take food from the wood oven for a little lunch offering,” Brad says, with an offering that will include meats and “our twist on salads and that sort of thing.”

Breakfast and lunch will be available at the site seven days a week, up until around 3pm, and dinner service will continue to be available from Wednesday through Sunday.

Once Brad and his team have settled into the new site, he will look to refine the Comida menu to suit the interests of the daytime East End clientele.

“During the day, and particularly on weekends, the idea is for us to build a big breakfast culture over those weekends,” owner Tom Skipper says.

“[And] we’ll definitely do Bloody Marys and Mimosas and things like that,” Jordan says. 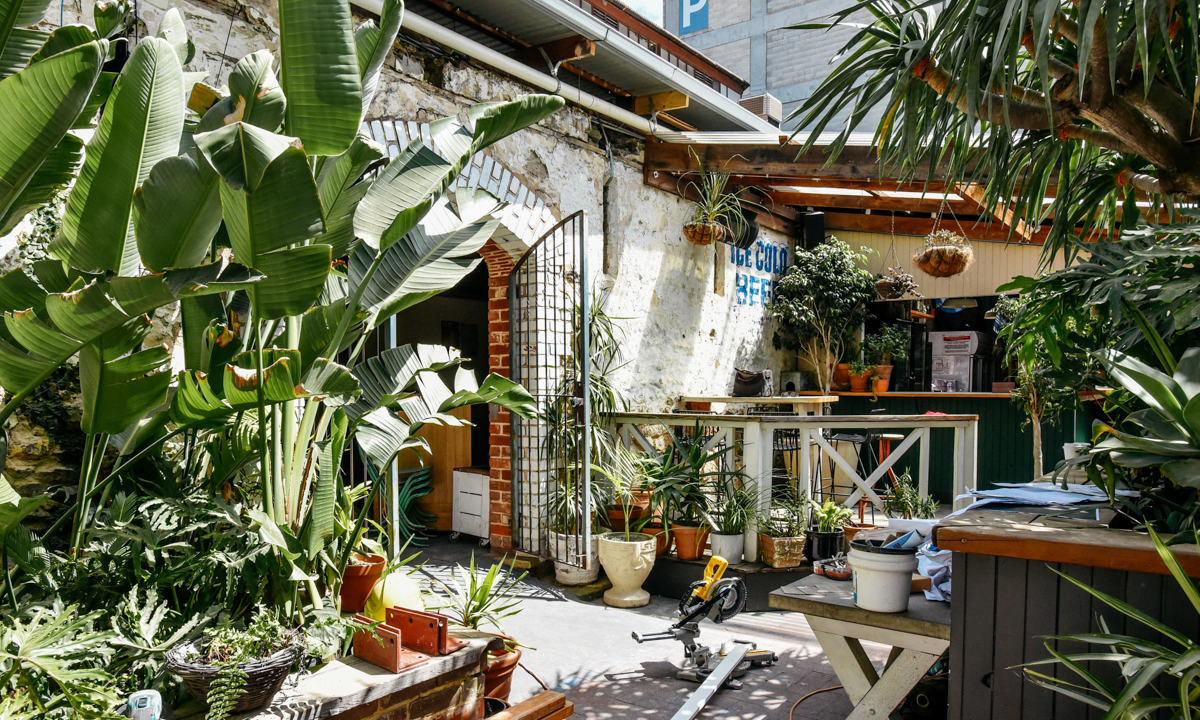 The came, they saw, they renovated

In addition to the installation of the café, the rest of the site is undergoing a freshen up – a lick of paint, refreshed branding, and a new deck – all of which is intended to communicate Tom’s long-term plans for the site.

The original thought behind launching the Roxie’s concept was to rid the venue of its pop-up party bar reputation, but that initially proved a more difficult task than Tom anticipated.

In the year since Comida moved into the kitchen, though, Tom says the business has seen great gains in return customers looking for a meal in the evening, and function revenue at Chateau Apollo has increased “350 per cent.”

“Brad [Sappenberghs, owner of Comida]’s had plenty of runs on the board in terms of what he’s done previously with Comida, and to have someone of that ilk be able to work alongside my business and complement my business, and vice versa, providing a space for Brad, it’s been great,” he says.

“We’ve only just touched the surface, really, of what Comida’s capable of doing, and a lot of that has just been through Brad being a bit time poor with the Markets, but now that the Market’s gone it’s a real opportunity to throw his creativity behind the food and a full-suite offering of what he can do.

“I think this will go a long, long way in delivering what the core objective has always been.”

Keep an eye on Roxie’s Facebook and Instagram feeds for updates on the site’s progress, and mark Monday, 11 November in your diary for a Comida breakfast and / or lunch in the bountiful and beautiful Roxie’s garden.