Nano on Ebenezer Place is a prime example of what a difference a cup of coffee can make. Their robust Italian-style coffee and Italian-style service are legendary the city over. Read about their genesis and what they're doing now. 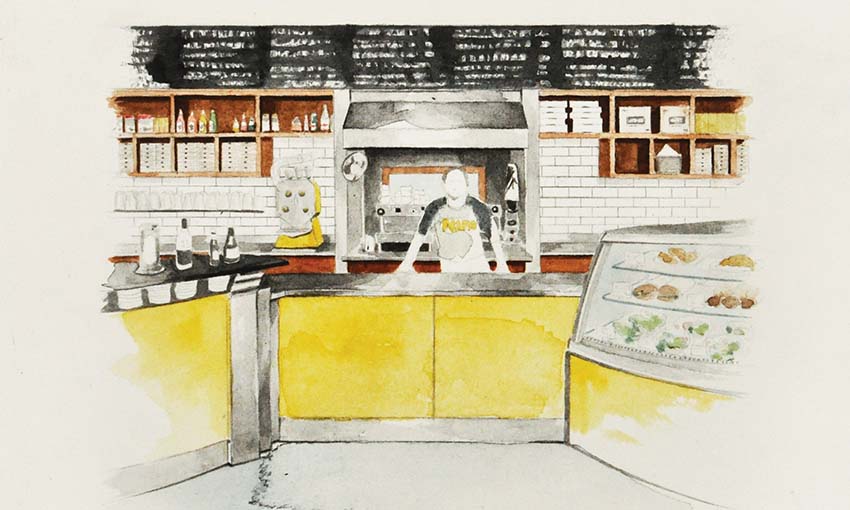 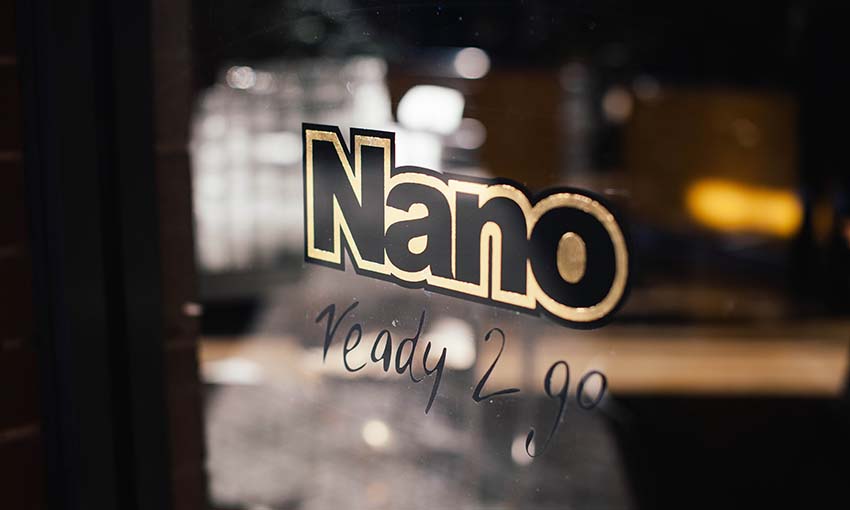 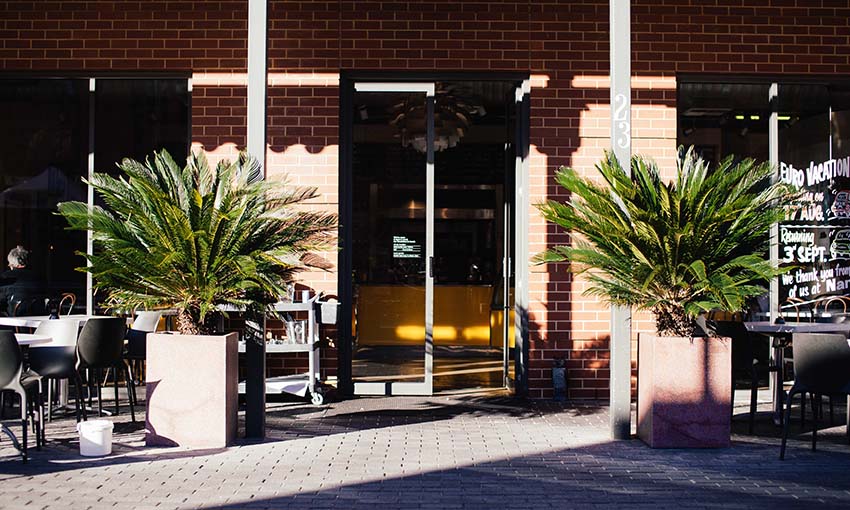 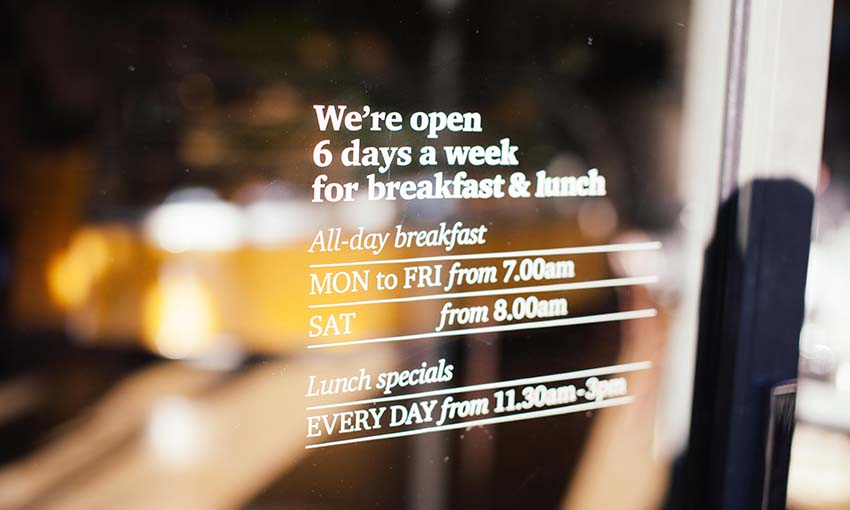 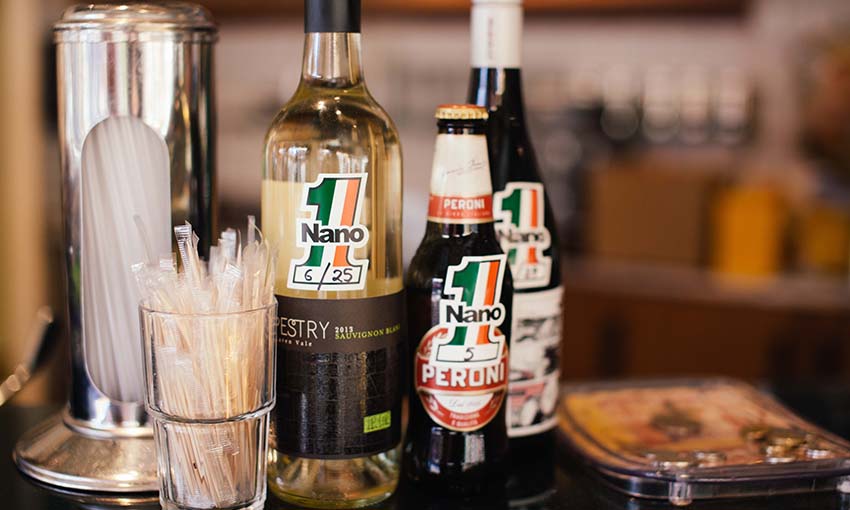 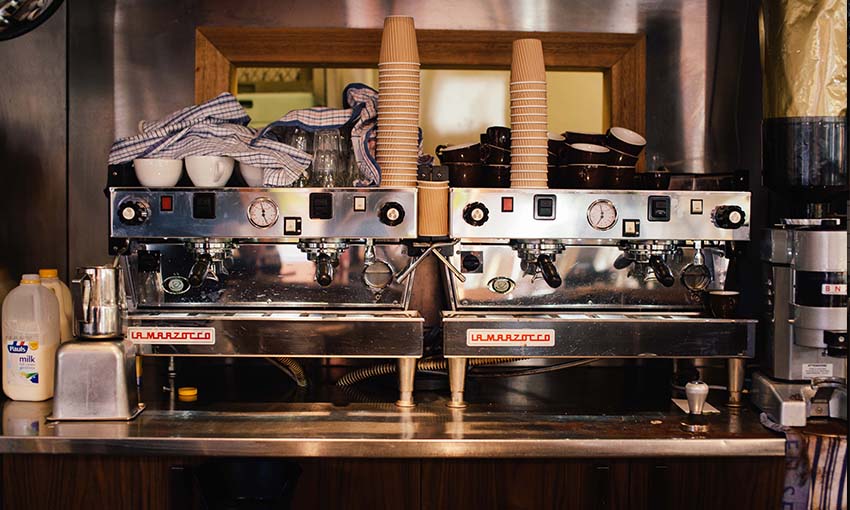 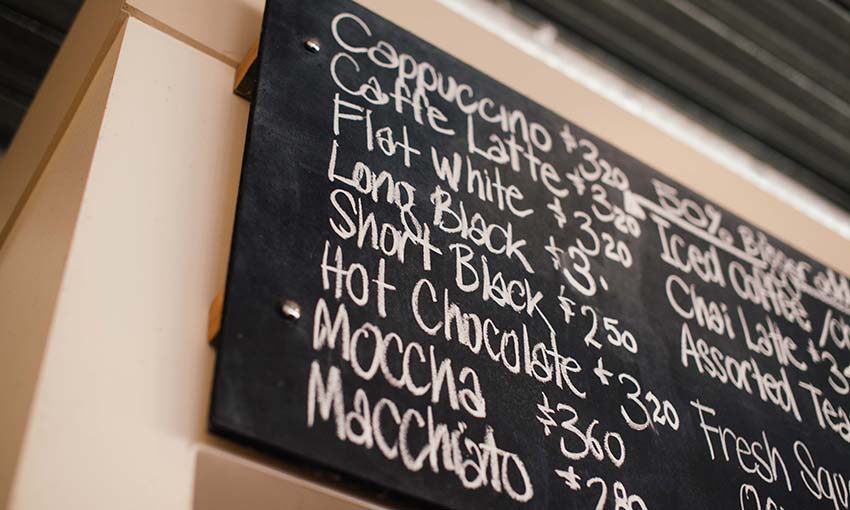 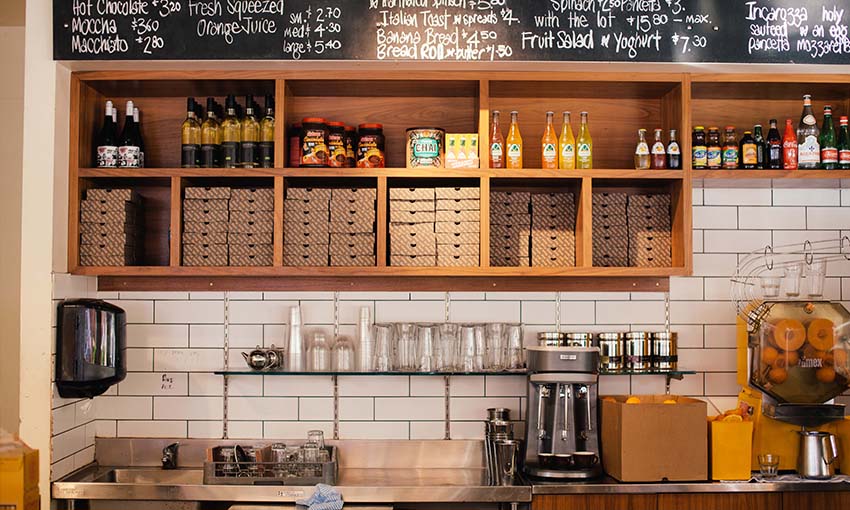 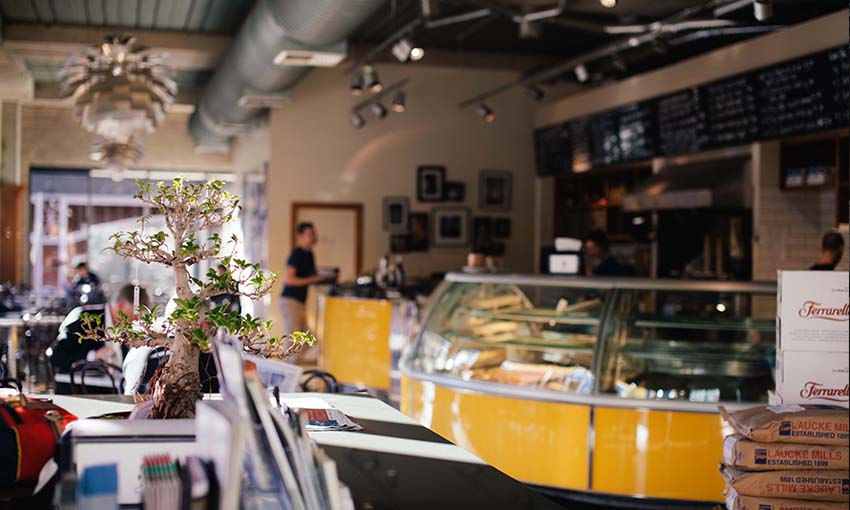 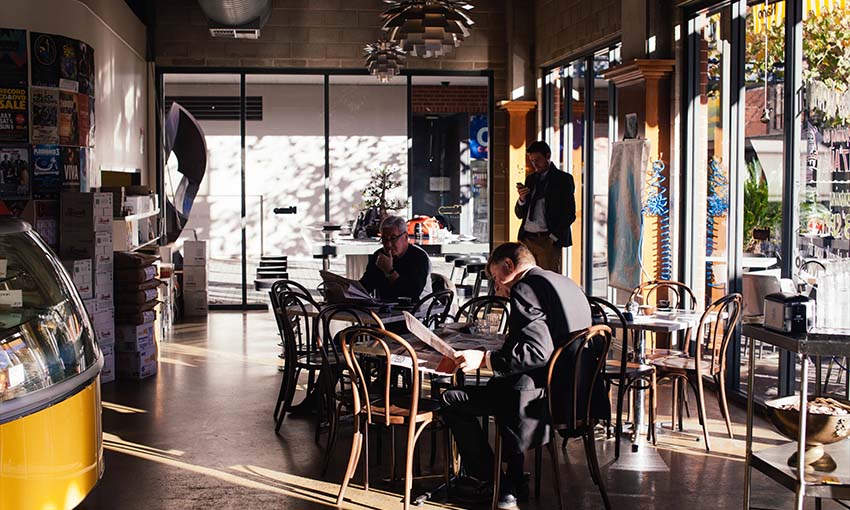 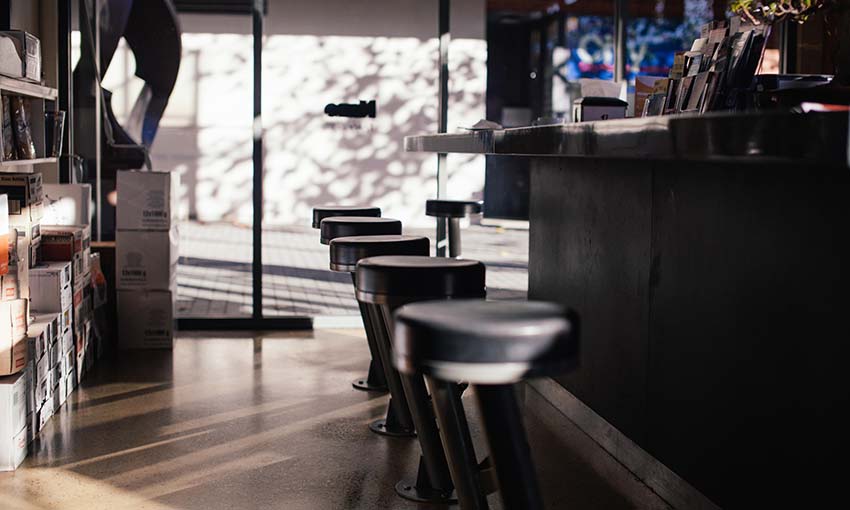 OVER THE NEXT FEW WEEKS, CITYMAG IS EXPLORING THE BACK-CATALOGUE OF ADELAIDE’S MODERN COFFEE CULTURE. A SPECIAL EDITION PULL-OUT POSTER IN OUR SPRING 2014 EDITION SAW US JOIN FORCES WITH ARTIST KATE GAGLIARDI TO PAY HOMAGE TO ADELAIDE’S HISTORY OF INNOVATION IN ALL THINGS ESPRESSO.

Lucio Capoccia can remember when he was eight-years-old and living upstairs above his family’s restaurant, Amalfi. “Dad would set up a massive swing for us,” he says. “It would hang down from the rafters in the roof, it was heaps of fun.” The memory is expressed so clearly on his face that even CityMag can see it.

Before the Capoccia family sold Amalfi in 2000, Stefano (Lucio’s father) had already started to notice a new phenomenon. Rather than take their after dinner coffee at Amalfi, his customers were paying the bill and retiring 15m up the road to Cibo for their espresso. It was a curious development and Stefano saw great value in the business model.

After the annual family vacation to Italy that year he returned to Adelaide with a fresh idea in mind.

“Coffee is in danger of being so deconstructed that it’ll become a brain thing, rather than a heart thing” – Lucio Capoccia

That idea was Nano Ready 2 Go.

Nano, the name, came from the shorthand waiters used at Amalfi for “No Anchovy, No Olive (NANO)”, but it was also a good descriptor for the new hole-in-the-wall espresso bar the family established at 172 Hutt Street.

The idea was to combine the bread that Stefano makes from scratch every day with amazing coffee. “It was a business that was meant to facilitate a busy city lifestyle,” says  Lucio. “Our family have lived in the city for a long time – we’re essentially city people.”

At the time, Lucio was working under Tony D’Angelo at Rio Coffee and not for his mother and father at Nano. “Rio was really pushing the change in coffee culture here in Adelaide,” says Lucio. “It was always the plan that I would train up under Tony to go into roasting but I stayed out on the road most of the time, training baristas across Adelaide and fixing machines so that they were running right and the beans were being treated correctly.”

Lucio never did get to train as a roaster, instead he joined his family at Nano and helmed the La Marzocco Linea machine, then the Synesso and finally back to La Marzocco, now once again using D’Angelo Coffee.

Lucio picks up the cup he’s just finished drinking from and flips it over to reveal the embossed ceramic mark of the maker. He traces over the name with his finger. “ACF – we’ve been using ACF forever. They went bankrupt in the GFC and now every time a cup breaks it’s a sad occasion,” he says with absolute sincerity.

“If you go to Naples your coffee comes with one sugar already in it,” Lucio continues, now hitting his stride with the conversation about Adelaide’s modern coffee culture. According to Lucio, that’s standard practice, the way it’s meant to be.

“When we go to Italy and get a coffee made by someone who hasn’t seen a blog, all the ‘rules’ everyone adheres to go out the window,” he continues, “It’s home cooking, you know what I mean?”

As an early pioneer of Adelaide’s modern coffee culture, Nano has a lot to its name. Not least of which is its cornerstone role in the establishment of one of our city’s most vibrant back-streets: Ebenezer Place.

Before Nano this small street struggled to attract any attention. Before coffee and pizza and pasta, the Nano shopfront was used (in vain) to sell “European furniture”. However with Nano, the addition of good coffee and a laconic service style succeeded in attracting people in off the main drag.

Here, customers are met by a family that cares. They care about what they feed you and how you feel afterwards. It makes the whole precinct feel more connected, more relevant.

Each morning the Cappoccia family open up the street at 6am. Daily, Stefano kneads the dough and bakes the bread for the café while Lucio warms up the machine for that first shot of dark brown liquid. Chances are it’ll be Frank the barber from Vardon Avenue who’s first to grab a short black but the orders quicken as the sun stretches upwards.

Other than coffee, CityMag wholeheartedly endorses a freshly squeezed OJ from the ZuMEX machine. Look out for the amazing Calzone special too!

And for those early customers it’s a robust coffee they’ll get, strong but sweet and (dare we say it) cheap! “Coffee is in danger of being so deconstructed that it’ll become a brain thing, rather than a heart thing,” says Lucio. “We just go with our taste and take pride in what’s presented.”

Nano is a part of the place, it’s kind of timeless. And while it ushered in a modern approach to coffee it’s not so quick to fix something they don’t believe to be broken. The coffee is strong and delicious and goes best with a bit of sugar.