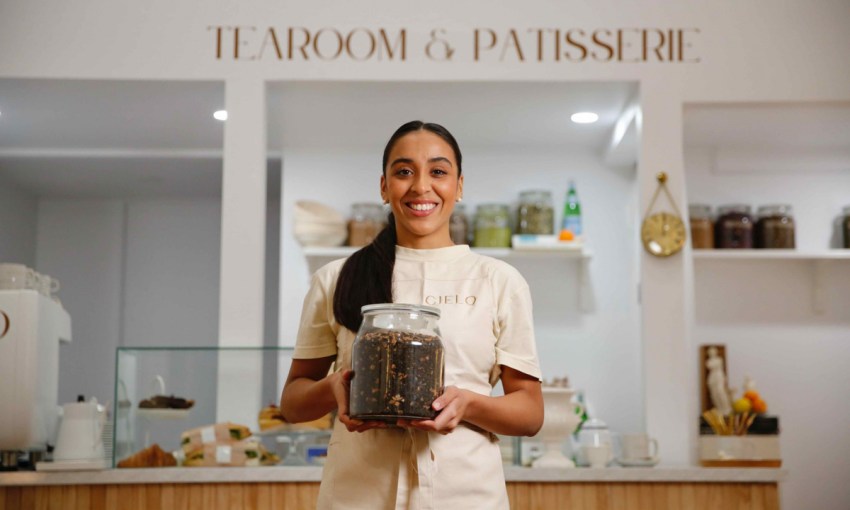 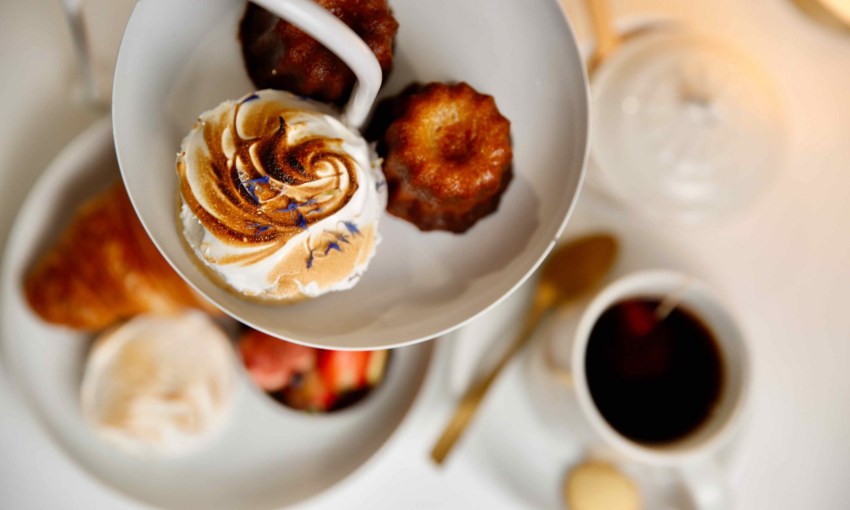 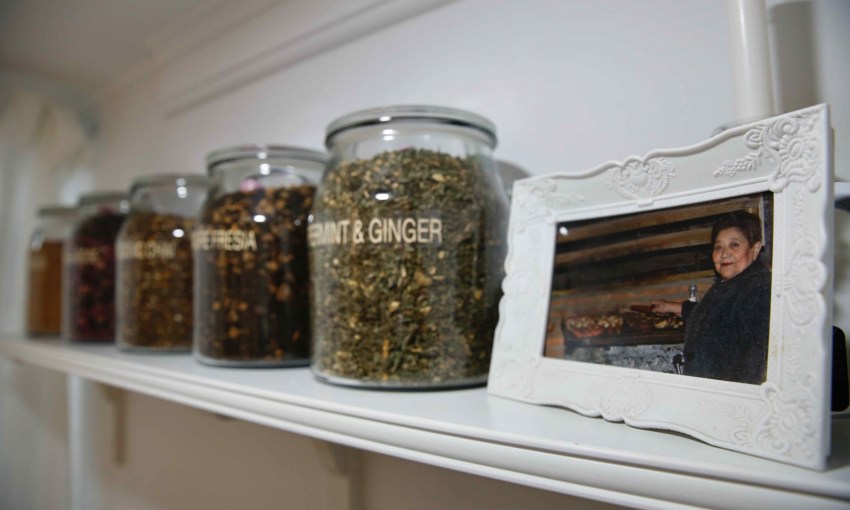 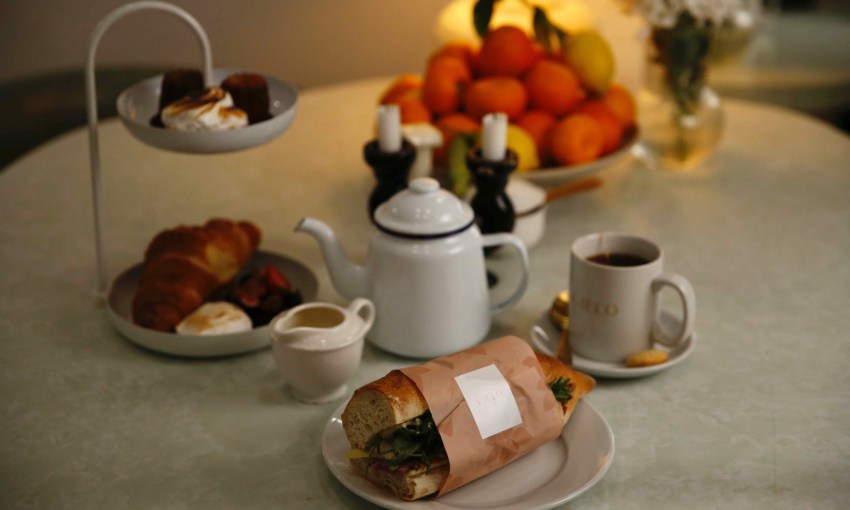 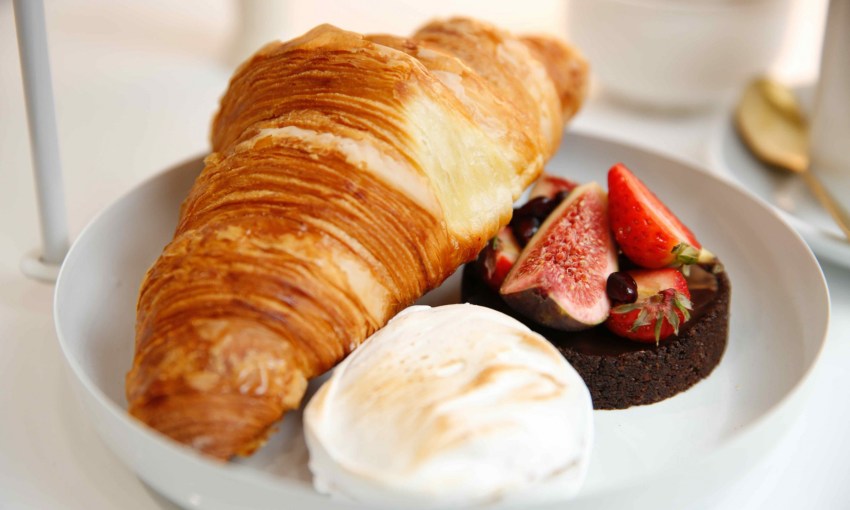 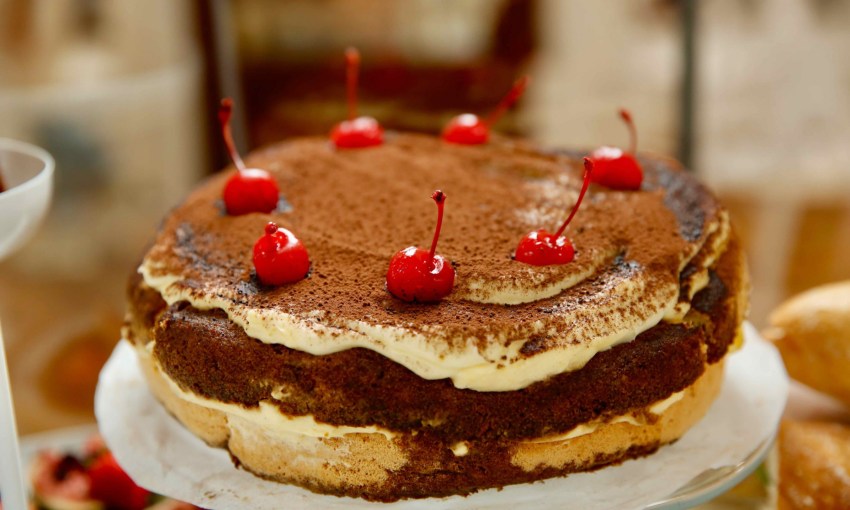 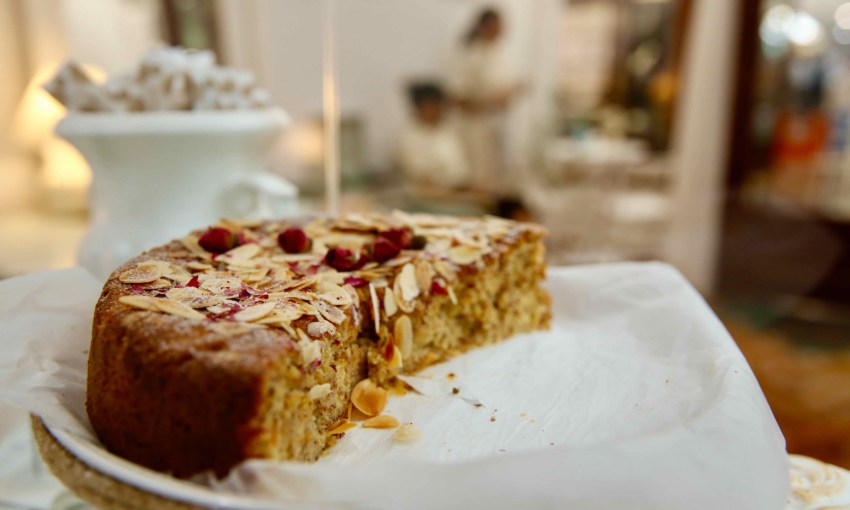 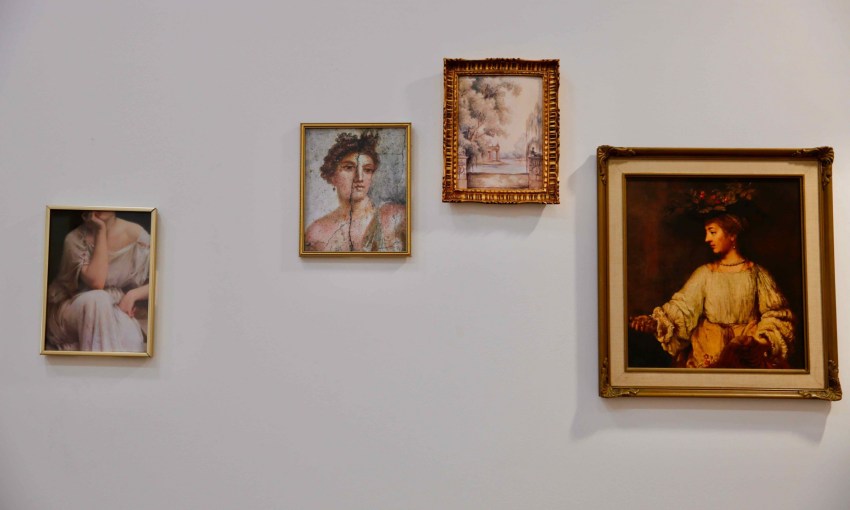 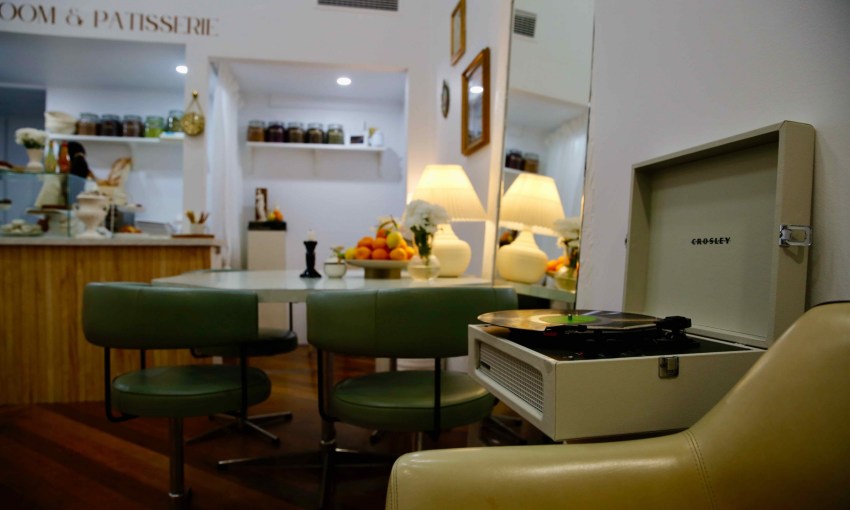 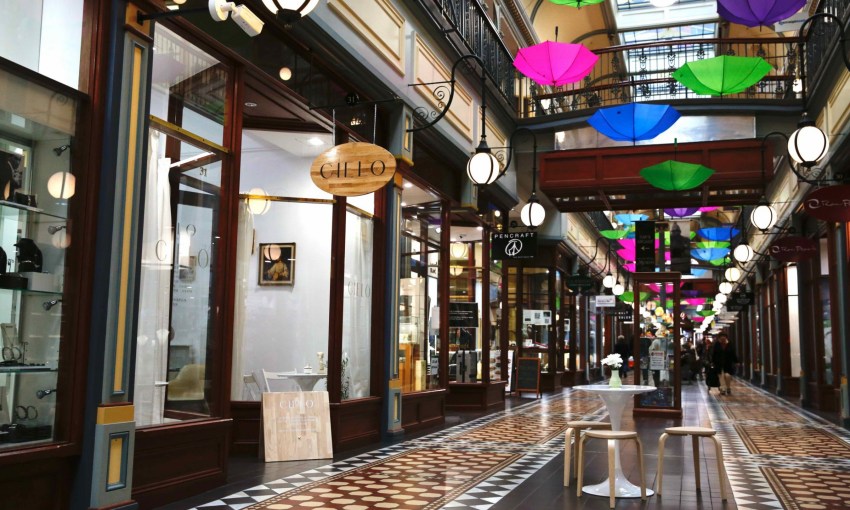 There are distinct demographics of people who pass through the 130-year-old Adelaide Arcade.

One is the office worker on a mission, briskly traversing the thoroughfare from Grenfell Street to Rundle Mall.

The other is the meandering patron in less of a rush, most likely to stop and peer through the glass floor to view the stairs that once led down to the arcade’s historic tea rooms.

As pastry chef Chaveli Goya checks on a batch of madeleines due out of the oven, the latter type of passers-by stop to peer into the window of her new tea room, Cielo.

Having only just opened for the Queen’s Birthday long weekend, Cielo is already attracting a lot of interest.

“That’s been happening non-stop,” says Chaveli, who at just 23 has accumulated valuable restaurant experience in Adelaide and the Barossa.

“I’ve been a pastry chef for the past five years and I’ve worked at Appellation Restaurant in the Barossa, Orana and Shibui Dessert Bar.”

It was a trip to Chile that inspired Chaveli to pursue artisan tea making and eventually take a break from restaurants to focus on her tea brand, Fresia and Cassia.

Fresia and Cassia is inspired by her great-great-grandmother Abuela Fresia, who sadly died before Chaveli’s most recent trip.

“We spent a lot of time with her when I was younger,” says Chaveli.

“I was 13 the last time we visited her. You’d wake up and have tea and then in the afternoon, it’d be tea time again.

“Before you even walked into her house you could just smell the cinnamon from her copper pot of tea, it was incredible.” 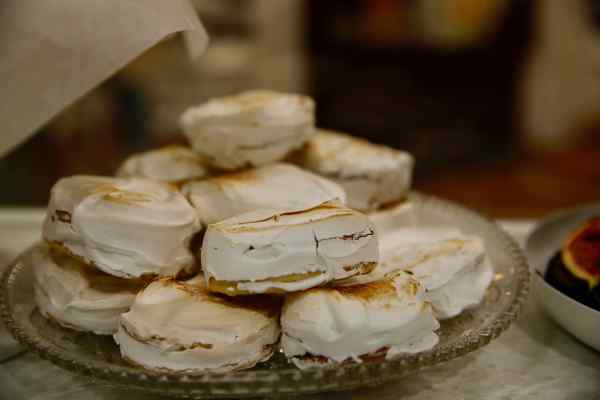 After many months of blending tea and experimenting with different organic ingredients, Chaveli began selling her tea brand Fresia and Cassia at Gillies at the Grounds and, more recently, Plant 4 Bowden.

About four months ago she quit a pastry chef job to work on Fresia and Cassia full-time.

“I was selling tea at Plant 4 Bowden when someone from Renew Adelaide approached me and told me about this really cool place in the Adelaide Arcade that I should put my name down for,” she says. “I never thought I would get it.”

The arcade’s management saw Chaveli’s business concept as a great fit for the building and a nod to the tea rooms of old.

Cielo is a Spanish word meaning sky or heaven, and can be used as a term of endearment akin to “sweetheart”.

“It’s a simple, elegant space because I want the food and tea to do the talking, that’s important,” says Chaveli.

“My grandma didn’t have much and I never looked at her as poor, she would give us everything and we were always well-fed at her table.”

Cielo has a range of teas, including Chaveli’s signature Chilean blend and a cacao and coconut tea inspired by a trip to Peru. 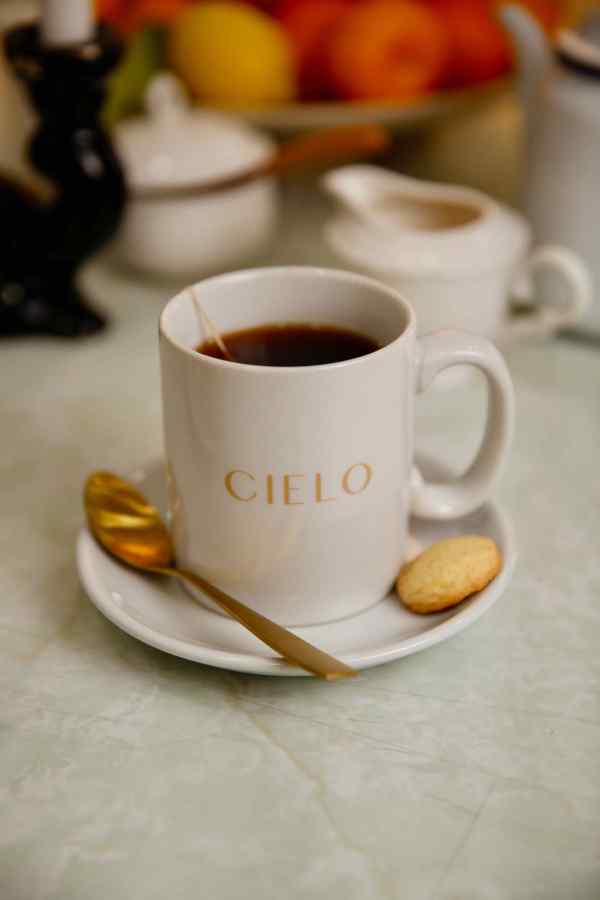 Pastries, croissants and cakes are mostly French, with the odd Chilean treat, all made in-house, with Chaveli baking from 4am each day.

“We make everything in the mezzanine kitchen where we’ve got bench space and an oven. It’s really small, just like my grandma’s kitchen.”

“I try and make things simple and let the ingredients do the talking. I’m not about making it look super glamorous, just simple, in a way where it almost feels homely,” she says.

“Just having a beautiful croissant or baguette or French pastry on the table with a warming cup of tea – there’s nothing better.”

Her canelé’s are already in hot demand from customers, made fresh daily in traditional style with a copper mould.

She hopes customers will connect with Cielo’s European style, infused with her Chilean heritage.

“I wanted to replicate what it was like in my great grandma’s house – there was always good food on the table and I was always mesmerised by the tea,” Chaveli says.

“She had an elegance about her and feel that if she had a space, this would be it.”