When Cibo opened their first Italian-style espresso bar on Rundle Street in December 1999 it was touch and go for six months while Adelaide locals tried to come to grips with less-than-boiling-hot coffee. 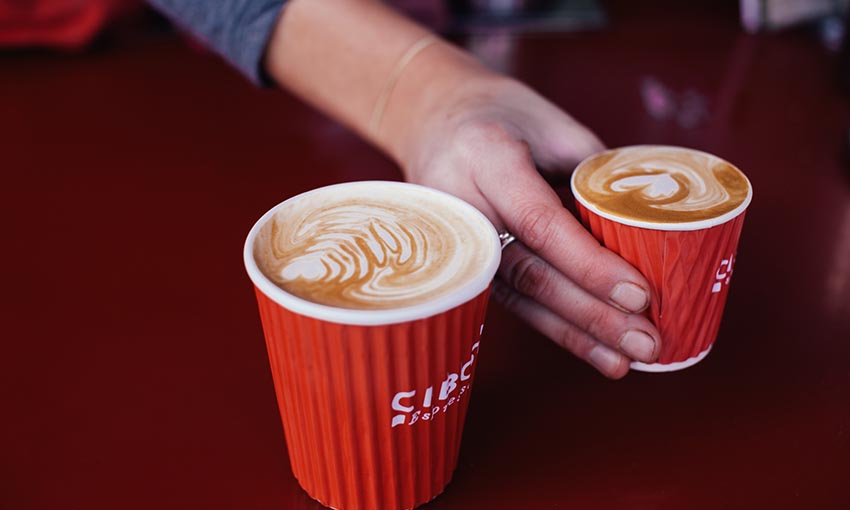 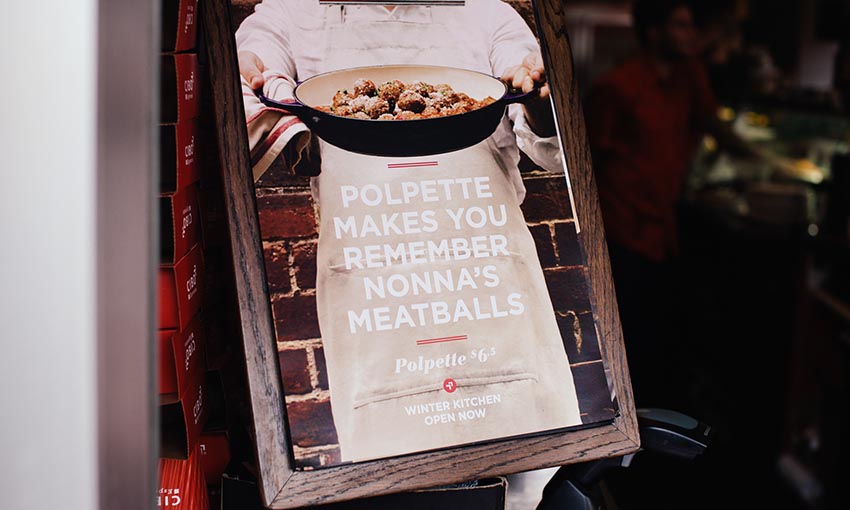 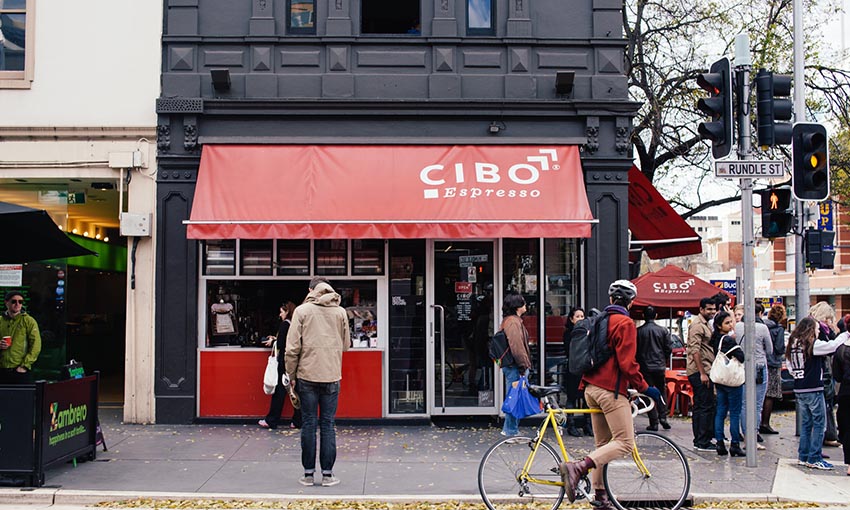 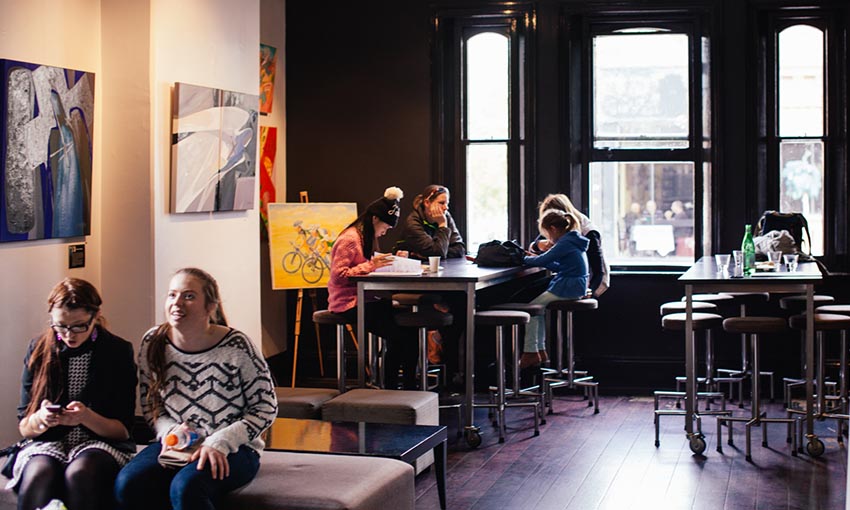 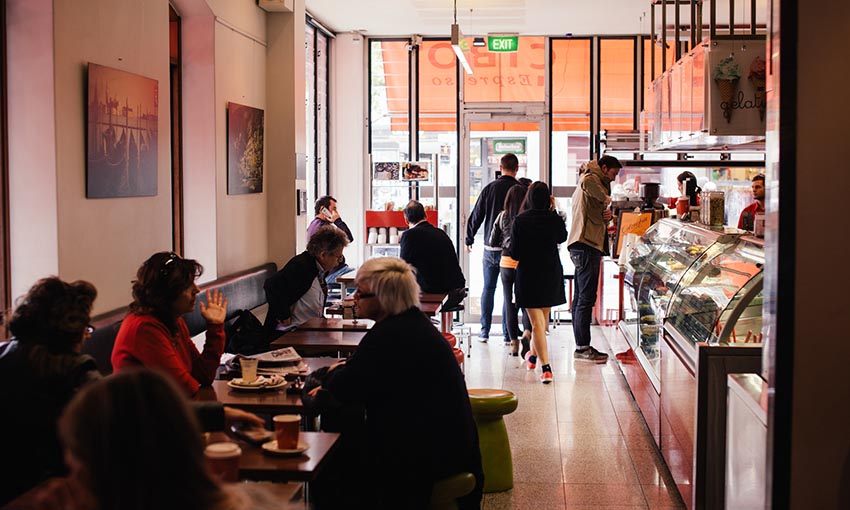 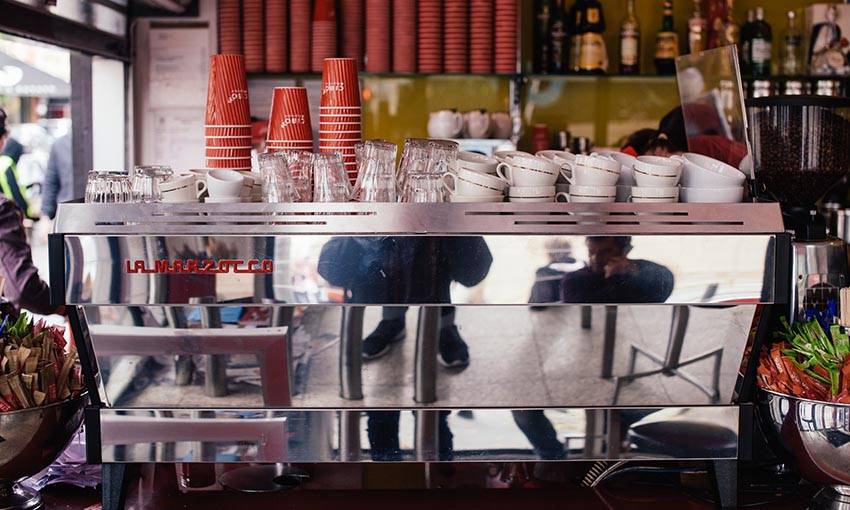 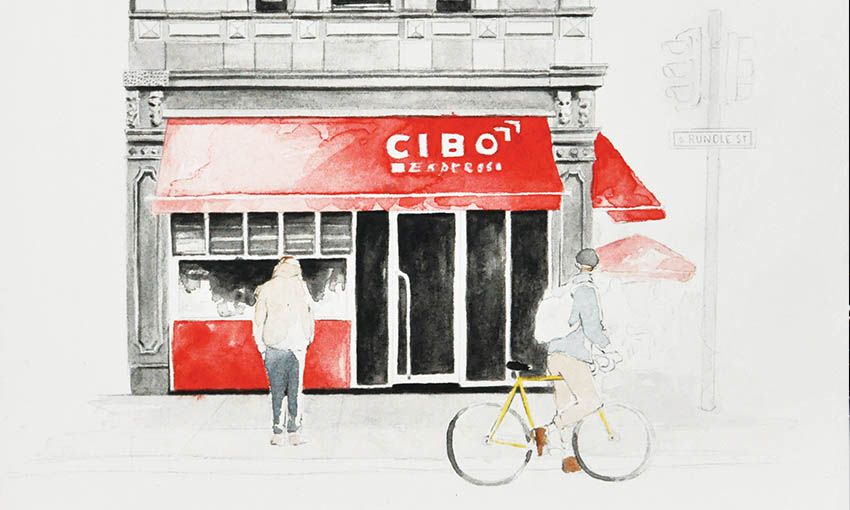 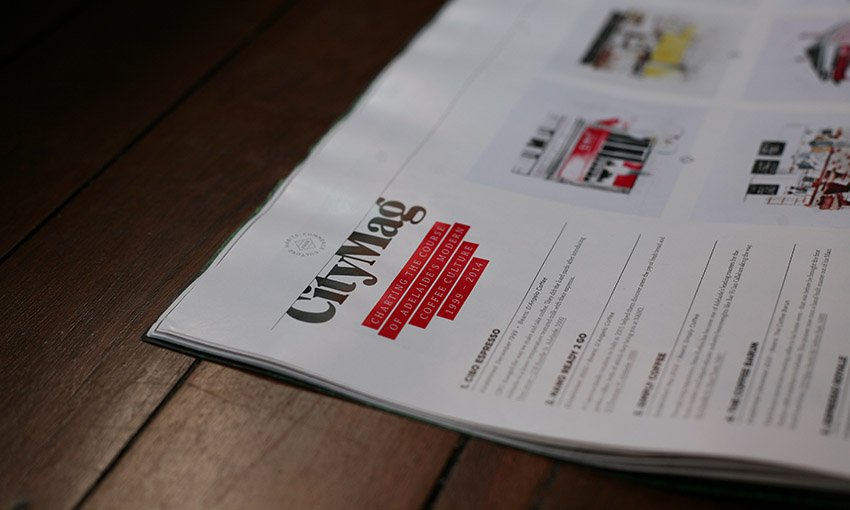 Over the next few weeks, CityMag is exploring the back-catalogue of Adelaide’s modern coffee culture. A special edition pull-out poster in our Spring 2014 edition saw us join forces with artist Kate Gagliardi to pay homage to Adelaide’s history of innovation in all things espresso.

With a lease that dates back to 1999, Cibo Espresso represents the beginning of Adelaide’s ever-expanding love affair with the syrupy brown liquid. Current owner of the Rundle Street shop, Mario Paglia, remembers being one of the coffee shop’s earliest customers. He says it was a huge relief to have good coffee on the street.

It wasn’t deemed “good coffee” by all though.

“Adelaideans were used to drinking hot tea and hot Nescafé,” says Mario. “In that first six months it was a struggle to educate people about why we were serving coffee as anything less than scalding hot and also the style of service was completely different… people didn’t necessarily like having to get up to collect their coffee or have their names called out loudly on Rundle Street,” he says with a wry grin.

Cibo sought to move away from inch-high foam on cappuccinos and bitter, over-extracted coffee. Every change the fledgling business made was designed to improve the customer’s coffee drinking experience by presenting the natural sweetness of the dark liquid and velvet texture of perfectly folded milk.

Head barista at Cibo from 2000 – 2008, Maria Munari, recalls a postcard Cibo Espresso created to educate customers about the rationale behind this “new coffee” method.

“Still,” says Maria, “we just didn’t know if it (Cibo Espresso) was going to survive… There was such a push-back from customers.”

Mario says it was almost one year to the tick of the clock that marked the point Cibo Espresso coffee went from a trickle to suddenly flooding the streets of Adelaide.

“People could and would wait up to 20 minutes for a coffee from Cibo Rundle Street,” he says. “We might have been the first coffee shop in Australia to even put two people on a machine in around 2003 – there was such demand.”

Tony D’Angelo of D’Angelo Coffee has been reinstated as chief supplier to Cibo Espresso. Tony was head roaster at Rio Coffee when the company first supplied Cibo and is widely acknowledged, even by interstate companies such as Campos Coffee, as being instrumental in Australia’s modern approach to coffee.

Simply put, Cibo Espresso gave South Australians a different attitude towards the public realm. All of a sudden there was a place that was open early and late, that was warm in winter and cool in summer and didn’t mind you sipping your coffee for an hour if you just wanted to hang out and watch the world go by.