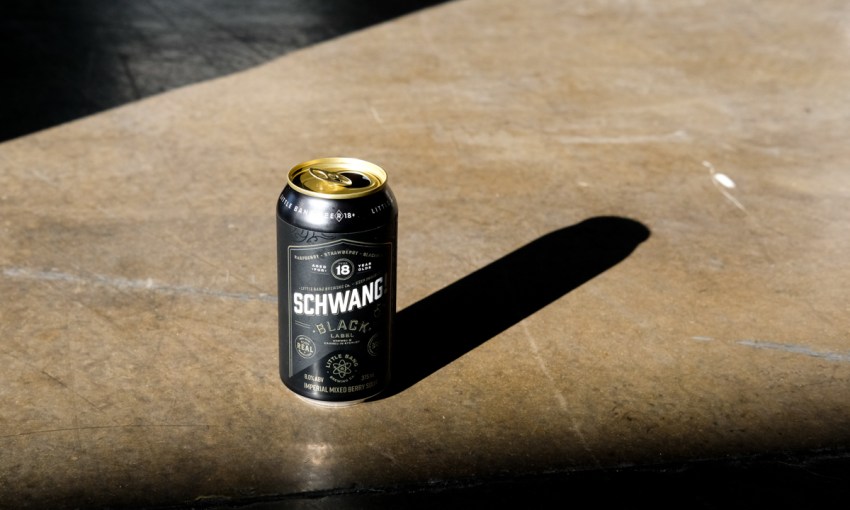 The Little Bang Brewing team weren’t joking when they told CityMag recently production would not stop for the global pandemic.

In light of no nationally enforced lockdown occurring, the brewery continues to make beer and has followed up its most expensive release ever with a new addition to the Schwang series: Schwang Black.

Little Bang’s Schwang Berliner weisse series launched in March 2018 and has seen the brewery release tangerine, raspberry and watermelon takes on the style, each sitting around 3% ABV.

Sour-style beers have long been popular at Little Bang, but not to the point of becoming a crossover cultural phenomenon, as many fans and industry insiders had predicted.

Little Bang co-founder Ryan Davidson counts himself as one of the brewers in the “nerdosphere” who have been calling sours as the ‘next big thing’ in beer poised to de-throne IPAs as the style-of-the-moment.

“We’ve been saying it for about eight years,” He laughs.

“This year the numbers finally proved out and if you put out anything sour with fruit in it, it’s gone before it’s even in the cans.

Even traditionally conservative markets around Australia have seen a turn in consumer tastes.

“The tropics got it,” Ryan says.

“I had customers in Darwin going, ‘Nah, they don’t buy this stuff. They’re traditional beer drinkers.’ And then I’ve got them calling me in a month going, ‘Got any more of that raspberry thing?’ Yep.

“You can turn them around fast, they punch hard, they’re quite a low alcohol percentage so you can really smash them in the heat. They’re perfect for Australians.”

Schwang Black is intended as an ostentatious victory lap for sour beer: it’s more fruit-forward, packed with raspberries, strawberries and blackberries, and it’s almost three times as high in ABV at 8%, all the while drinking like its lower-ABV siblings.

Even the packaging is deliberately excessive.

“It’s got two layers of gloss and embossing, and gold sheen. A gold lid. We’ve gone hard on this thing,” Ryan says.

Much like in the case of Rabbit Hole #2, these decisions were made in a pre-COVID-19 world; however, given our current reality, absolutely any excuse for celebration is worth leaping into with abandon.