How to build a Beer and Barbecue Festival

Gareth Lewis, Marc Huber, and Aaron Sandow are turning an old cattle pavilion into the site of the Adelaide Beer and Barbecue Festival, and this is how they’re doing it. 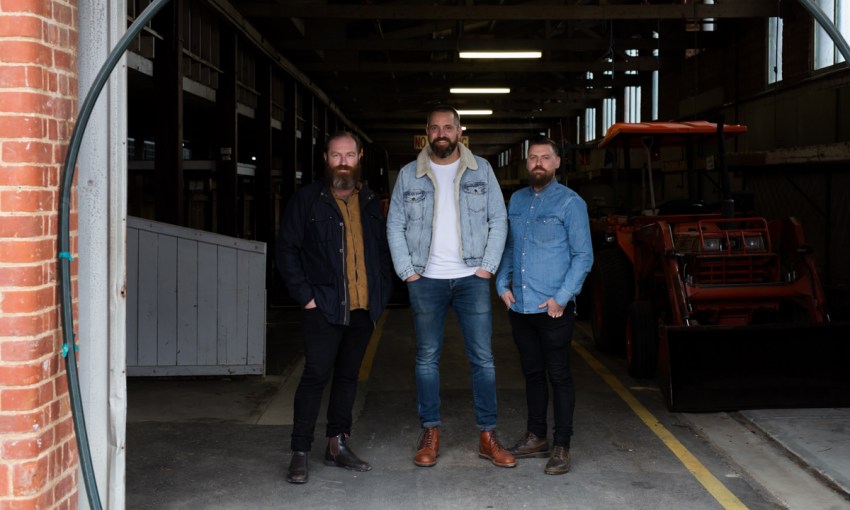 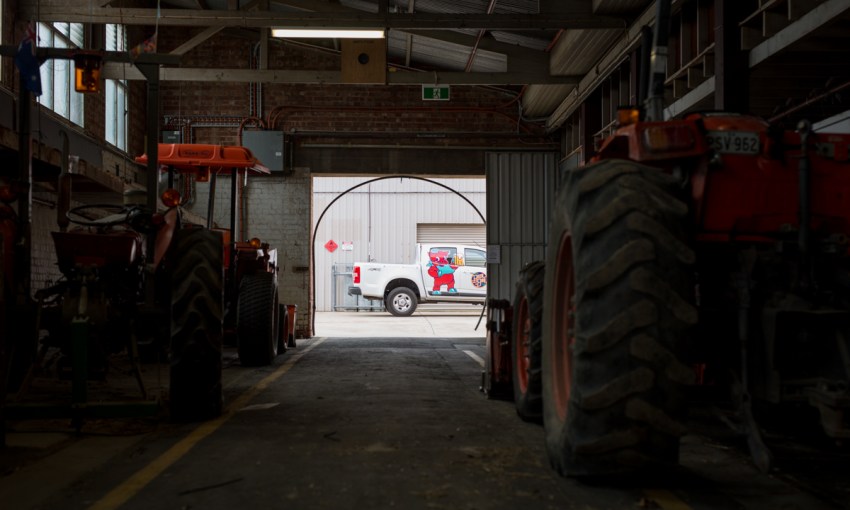 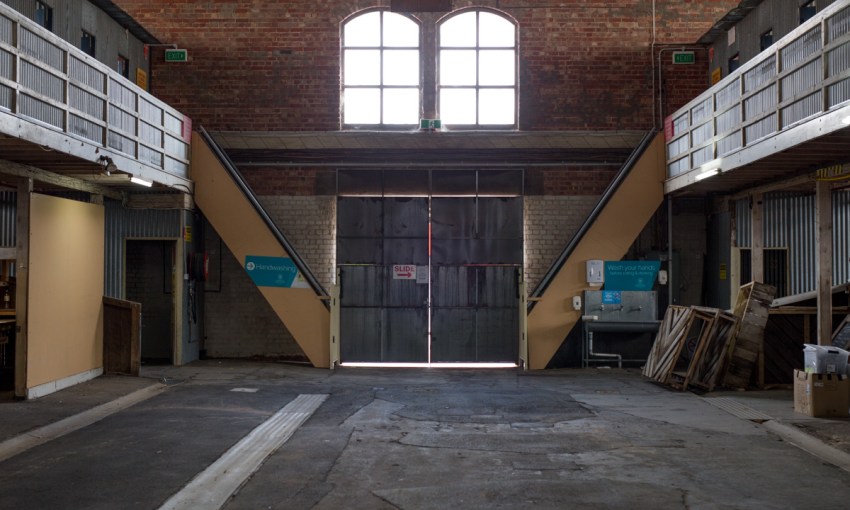 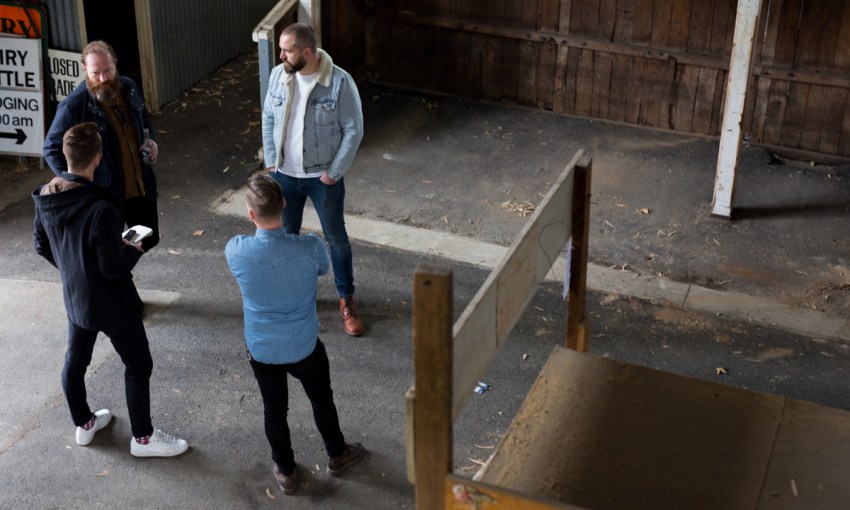 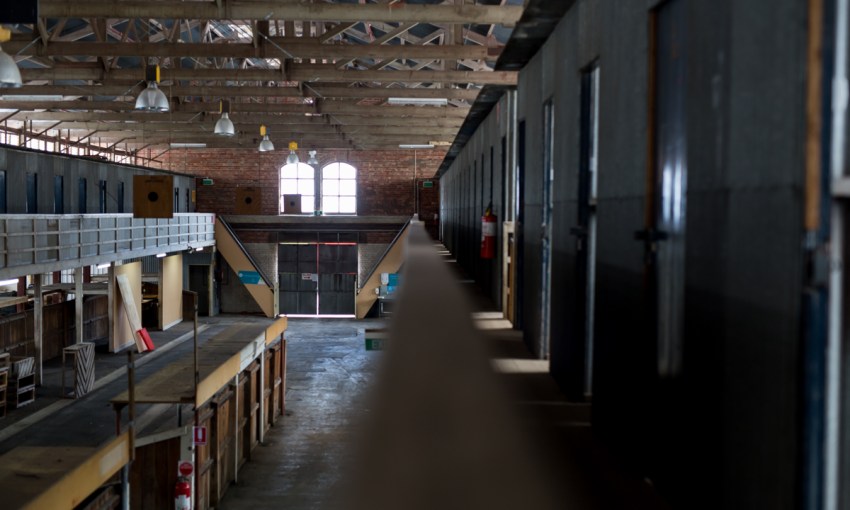 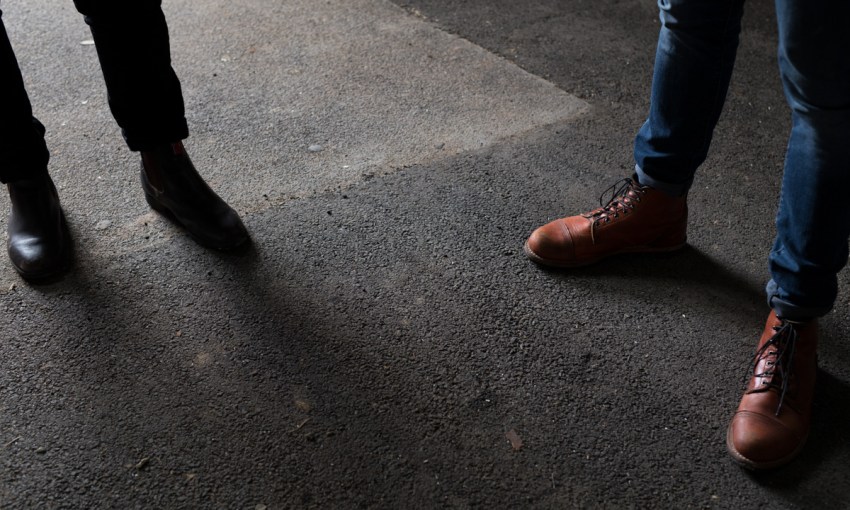 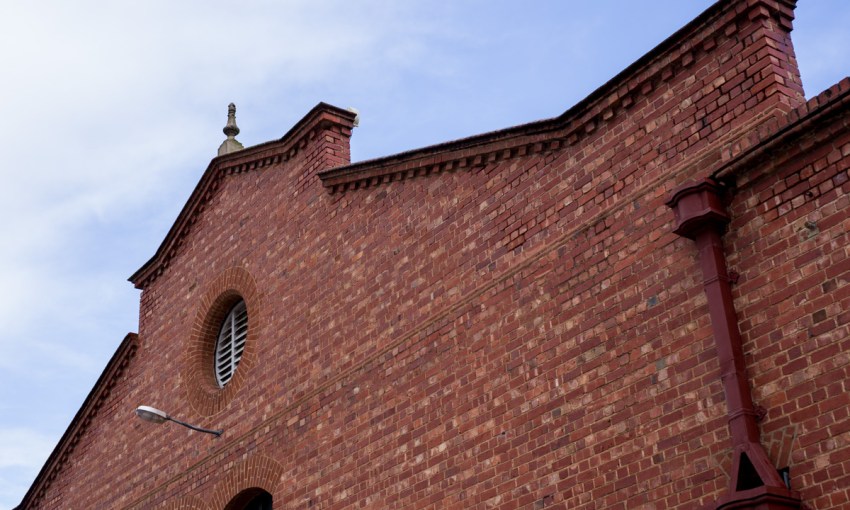 “Nah, it’s not going to rain this year,” Gareth Lewis says, surveying the space that in just over a week’s time will become the Adelaide Beer and Barbecue Festival.

The Adelaide Beer and Barbecue Festival takes place July 28-30. For more information, including the beer, food and music line up, and to purchase tickets, visit the ABBF website.

While there’s a lot happening during the Festival – we recommend being sure to taste some of the food by Smith and Daughters chef Shannon Martinez, who is coming over from Melbourne for the event. Her food is vegan, but it is also ultra delicious.

“All the extra money we spent on constructions… Every dollar we spend decreases the chance of rain.”

There’s a heavy-hearted joke shared amongst promoters in Adelaide, that even the most perfectly planned and executed event could fail if even just a skerrick of dark cloud forms in the sky, such is the temperamental nature of the Adelaide Punter.

Running a winter festival, then, is surely a masochistic act.

Now in its third year, the Adelaide Beer and Barbecue Festival proves this anecdote to be false, being a very popular fixture in Adelaide’s collective booze and food calendar, despite occurring in the middle of winter.

And, in fact, the festival’s timing is by design. 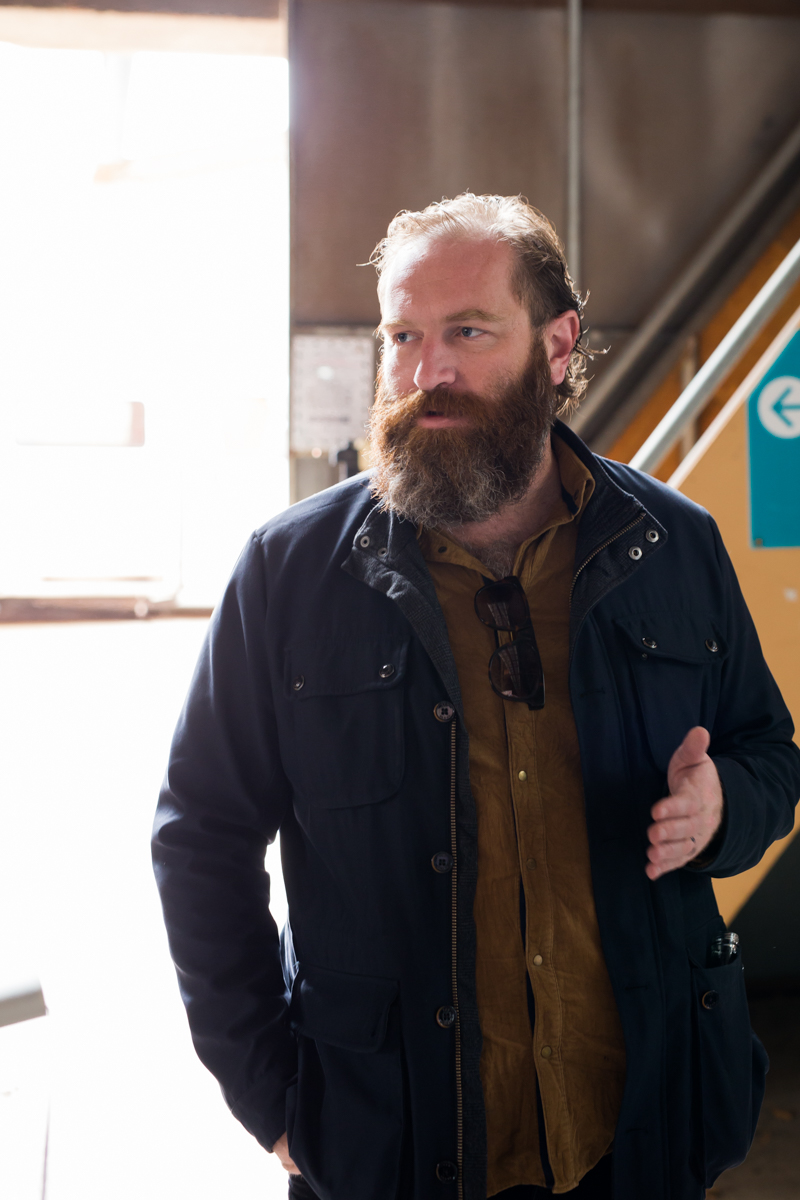 “In July, there’s no other conflicting events,” Gareth says.

“There’s hundreds of beer festivals across the country, and [brewers] can’t get to every event, but in July, being able to own that space and get the brewers here, as opposed to their sales team or something, is really important to us.”

For punters who enjoy the authenticity of an independently brewed product, allowing them access to a brewer who will pour them a pint is a major selling point.

For brewers, part of the benefit is exposure. Fifty per cent of the festival’s stalls are reserved for South Australian breweries, who will often find it difficult to crack the East Coast market.

The timing also sees the event line up with the Royal Adelaide Beer and Cider Awards and the Independent Brewers Association’s Australian Craft Brewers Conference – hosted this year at the Adelaide Convention Centre. This event gives local brewers access to some of the industry’s most influential beer palates.

“We moved our dates back about two weeks to fall in line. We’ve been working with the conference guys for over a year to make sure we’re in synergy with them,” Gareth says.

But it’s not just exposure that Gareth and his business partners, Marc Huber and Aaron Sandow, promise.

“A lot of festivals, all they try to push for you is marketing and exposure, but we have an aim that every brewer that comes here at least breaks even, if not makes money,” Marc says. 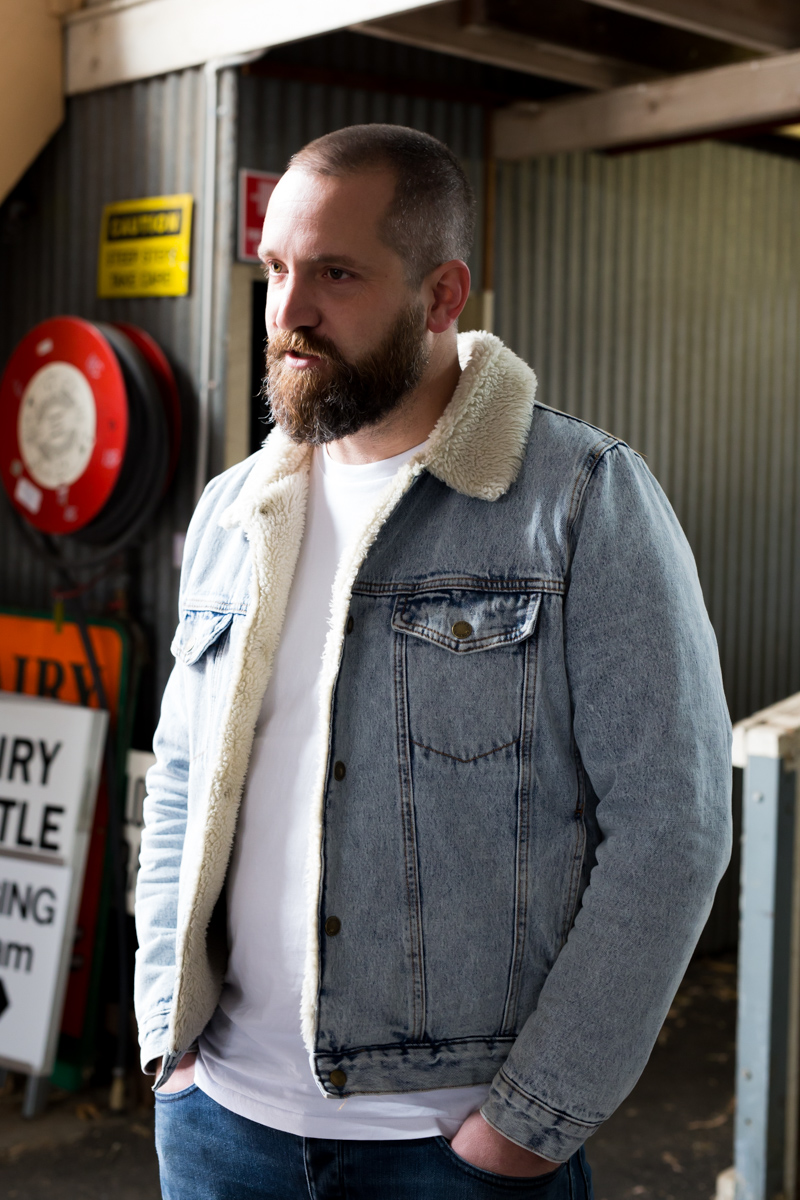 “That’s why we don’t give anything away for free. It’s not fair on the brewers who are small companies. Cash flow is king and to put something on like that where they have to give everything away just wouldn’t make sense. It’s not helping them grow.”

As for the politics of placement for the brewers in the historic Brick Cattle Pavilion stalls at the Adelaide Showgrounds, Marc employs a democratic technique.

“I try to keep everything alphabetical,” he says.

“And if you look, everyone has the same size stalls. We did have to expand into an outdoor area, and we weren’t sure how that’s going to go, so we gave them a bit bigger stalls.”

With each year, the festival evolves; for the follow up to their inaugural event, the team opted away from paper tokens used for buying drinks and switched to a streamlined cashless system. They also split the festival into four six-hour sessions, realising that a 12-hour beer festival on a Saturday benefited no one.

This year’s evolution comes in the form of an enlarged footprint.

The food offering will extend into the car park, giving chef Duncan Welgemoed’s curated lineup of barbecue chefs more of a spotlight, and freeing up room for the IPA Sound System, “a shipping container with about 20-odd taps on it, a DJ on top of it, which will play between main stage sets.”

It will also make space for the punters who want to enjoy the scaled-up live music element. 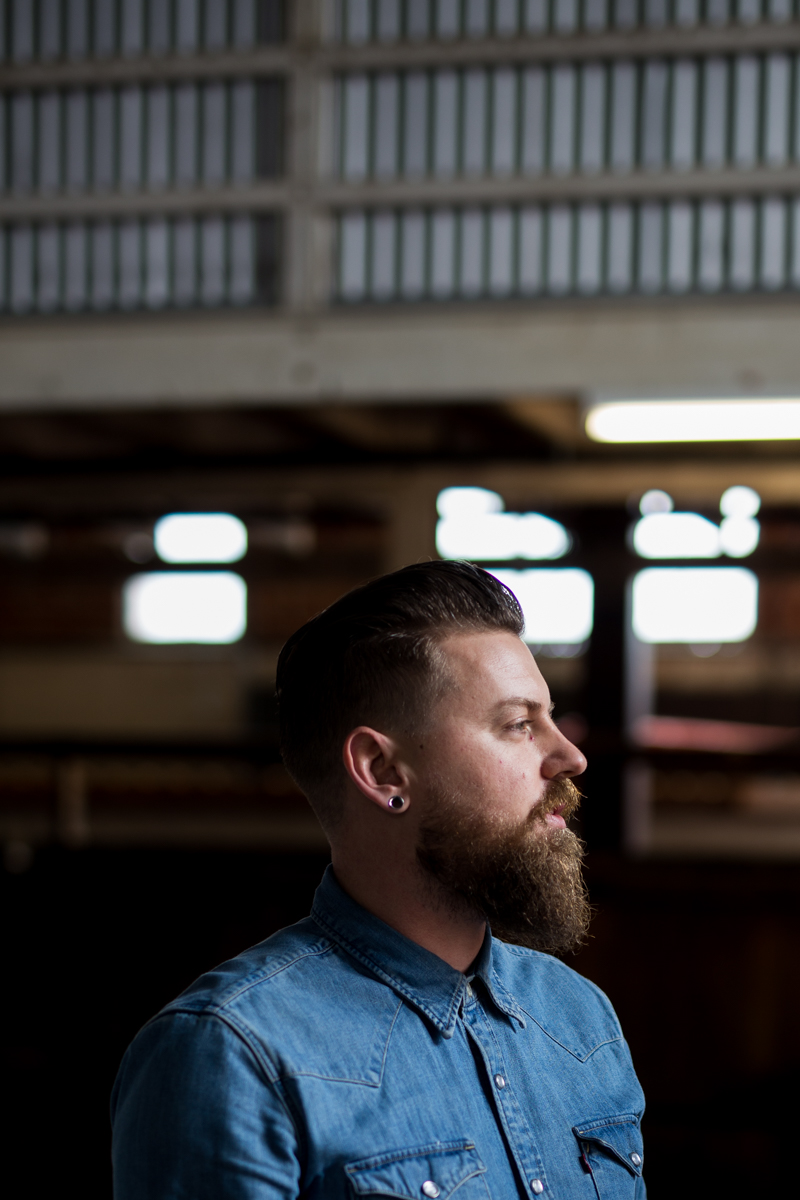 “I pestered these guys since the start to increase [the music] element of it,” Aaron says.

“This year I personally think it’s right on the money… It keeps people happy that already come into the festival, but introduces new people to the festival as well, people who aren’t necessarily foodies or craft beer drinkers.

“[And] like the beer element, there’s bands on there that we like and that we want to introduce people to.

“We want people that are already coming to the festival to experience that and [think] ‘That’s cool, I drank this beer that I’d never had before, and I heard this band that I’d never heard before.’ That’s what we wanted, and I think we got it.”

The food stalls are also chosen with specific intent, with the crew eschewing the usual food truck crowd.

“We deliberately don’t involve food trucks, because we want to involve the local businesses and the local chefs that don’t get the traction in the event industry,” Gareth explains.

To guard against whatever the elements throw down on the day, 80 per cent of the festival will be undercover and there’ll be 30 open fires strewn throughout.

Much like the beer contained within, the Adelaide Beer and Barbecue Festival is crafted for punter and industry alike, and if a stout in a stein by an open fire amongst a crowd of beer geeks isn’t enough to lure you off the couch, we’d reckon some slow-cooked BBQ, and some local live music might do the trick.