As the Lycra set descends upon the Hills, the Uraidla Brewery and Bridge Road Brewers cyclist-friendly collab unfiltered lager is ready to drink right now.

Uraidla Brewery and Bridge Road Brewers are rolling out their cyclist-friendly collab beer, Brewer Down Under, from today, Thursday, 16 January.

The beer is an unfiltered lager, with an upfront hop character coming from the two Australian varieties used – Vic Secret and HPA016.

Find Brewer Down Under at the Uraidla Hotel, at the Rapha pop-up venue at Queen’s Theatre, and at the Franklin Hotel’s Bridge Road Brewers Tap Takeover event.

The latter of the two hops is a recently commercialised experimental hop produced by Hop Products Australia in collaboration with Bridge Road Brewers.

Vic Secret’s tropical fruit notes lift out of the glass, providing an aromatic introduction to the beer, and on the palate the mandarin jam flavour of the HPA016 provides a solid base upon which Vic Secret’s brighter citrus flavours sit.

Brewer Down Under’s bitterness has been kept low, as has the beer’s ABV, sitting at 4.2 per cent.

Bridge Road Brewers’ founder and head brewer, Ben Kraus, is a keen cyclist, and it was his experience marrying mountain biking with a post-ride beer that formed the concept of the beer.

With cycling season now upon us, and throngs of road cyclists set to pass by the Uraidla pub, it seemed a perfect time to present the beer for the pedallers to park at the Uraidla Hotel for a pit stop.

Australian varieties of hops – such as Vic Secret and HPA016 – are known for being “quite full on in their characteristics,” Oscar says, and so the brewers were deliberately restrained with their use.

“We didn’t want to go too overboard, because this beer is all about drinkability – it’s a smash-it-down summer beer,” Oscar says.

“It’s a beer that you’re able to smash a couple back after you’ve been for a long ride, or you’re coming up and looking for a nice, easy-drinking beer in the Adelaide Hills.

“It’s just turned out to be a super clean, summer, Aussie lager.” 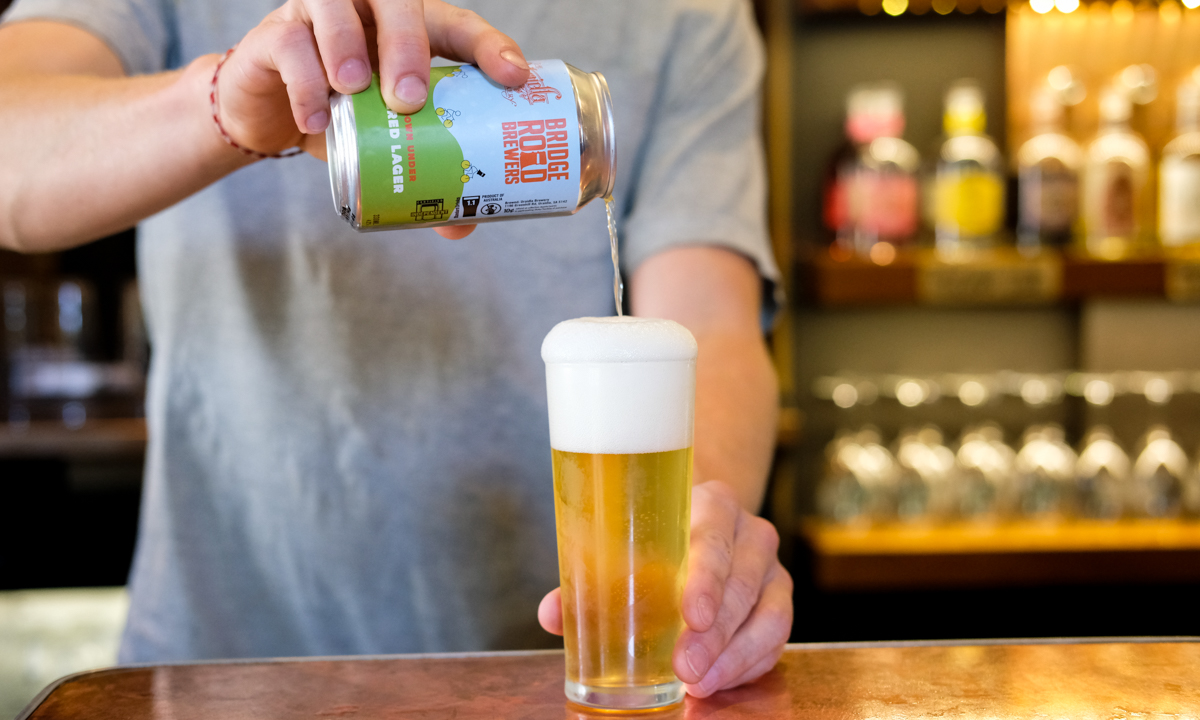 Brewer Down Under also makes use of locally grown grain – grown by Longtrail Farms and malted by New South Wales maltster Voyager. Oscar was expecting a slightly hazier final product, having also used flaked wheat in the process.

“I thought it might look a little bit more like our super-hazy beers, but it cleared up quite a bit. I’m not displeased with that at all. It looks super drinkable,” he says.

The collab beer is available now at Uraidla Hotel and is set to be distributed amongst Uraidla’s regular stockists (including the pub’s sibling venues, the Crafers and Stirling hotels).

Brewer Down Under will also be available in the city at Rapha’s pop up venue at the Queen’s Theatre on Playhouse Lane, and at a tap takeover event at Franklin Hotel.

The first two kegs of Brewer Down Under tapped at Uraidla Hotel will be karma kegs, with all proceeds donated to local CFS stations and the Kangaroo Island Wildlife Park.