Following on from the distillery's prior release, Gin Pangolin, Blend Etiquette's Floral as Hell is designed to win over even the most difficult-to-please palates.

Geordan co-founded the brand in 2016 as a tonic company and expanded to distilling gin in the intervening years, and she has become deeply entrenched in Adelaide’s gin scene.

Outside of distilling, she spends “90 per cent” of her life working at East End gin bar Howling Owl.

Whenever she has tried to share this passion for gin with her sister, though, the response has often been lukewarm.

“I love my sister so dearly… she’s definitely a vodka girl,” Geordan laughs.

“I’m like, ‘I’m trying to make a living out of this, this is all fancy little cocktails and stuff, and, nope, you want a vodka. That’s cool.’”

But for their follow-up product, Geordan wanted to create something her sister might enjoy.

“Something quite delicate, not too complicated, not too oily,” Geordan says.

“More like an Australian dry, instead of something that’s full-on oily, which most of the distilleries are going towards at the moment.” 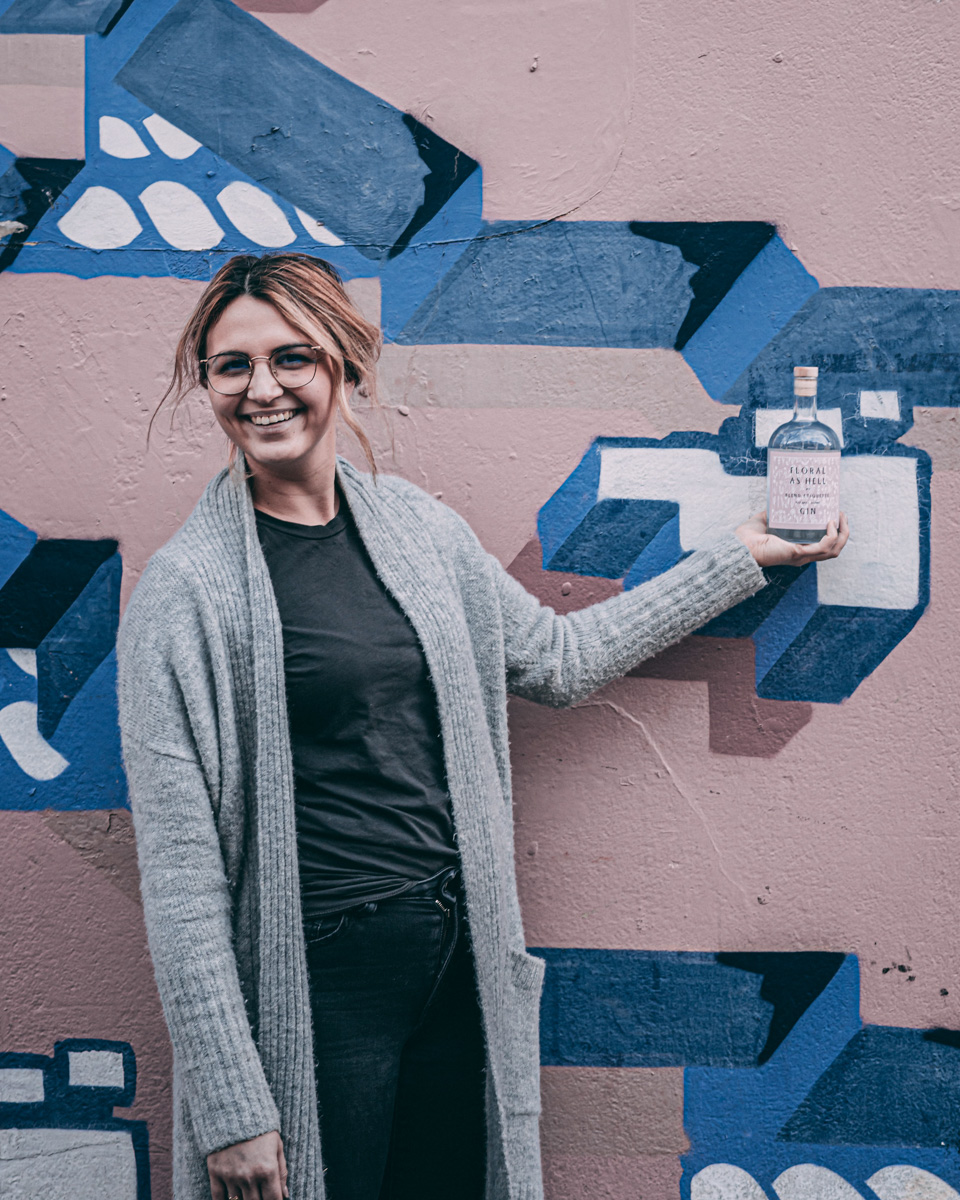 Geordan Elliss with her Floral as Hell gin, backgrounded by Fortrose

The recipe design process occurred at Kangaroo Island Distilling, alongside its founders and former owners Jon and Sarah Lark. Jon and Sarah’s son, Lindon Lark, is a co-founder of Blend Etiquette.

From there, the recipe was tweaked to scale up to the 300-litre still Blend Etiquette uses to makes its commercial product.

“We’ve got a little bit of rosella and lilly pilly in there. We’ve got a whole heap of citrus – so oranges and apple mint, which is a delicate mint, it’s not too overpowering, it’s definitely not a mojito. And then a little bit of raspberry in there as well,” Geordan says.

The result is a gin best served in a simple format – gin and tonic, or gin and soda.

“It’s really nice with a squeeze of grapefruit juice as well,” Geordan says.

“[And] I tried it with the Adelaide Hills Distillery Rose Vermouth the other day. It was pretty tasty.”

As for Geordan’s sister’s verdict: “She… doesn’t mind it,” Geordan laughs.

Blend Etiquette’s Floral as Hell is currently available for sale on the company’s website, in independent bottle shops, as well as in BWS stores.

And there is more gin to come from Blend Etiquette in the near future.

As we spoke on the phone, Geordan was cutting up quinces for an upcoming collaboration gin, the details of which she could not divulge.

“It’s still a little bit hush-hush. But I’m very, very excited about it,” she says.

“They (the mystery collaborator) had a lot of wine that they wanted to do something else with, which, it should be fun.

“We’re kind of getting into the collaborative gin space, as COVID moves forward. But it’s a fun space to be in.”

The eventuating product, whatever it comes to be, is due out in spring.