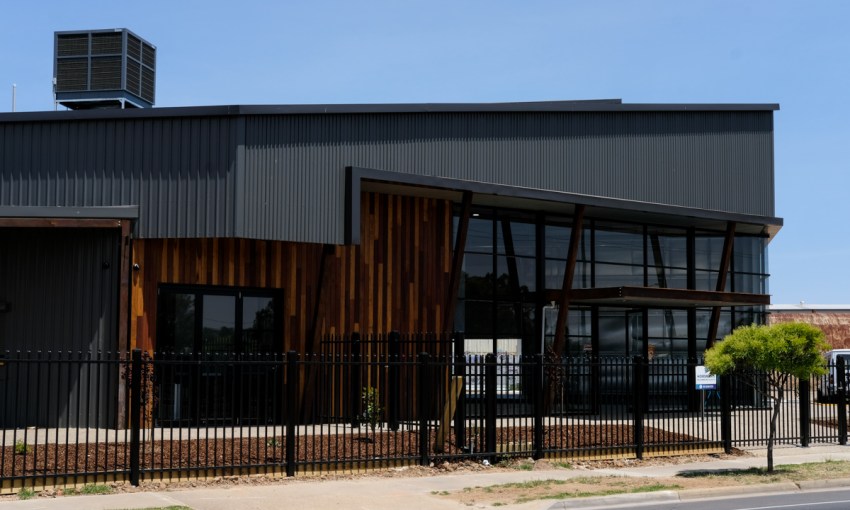 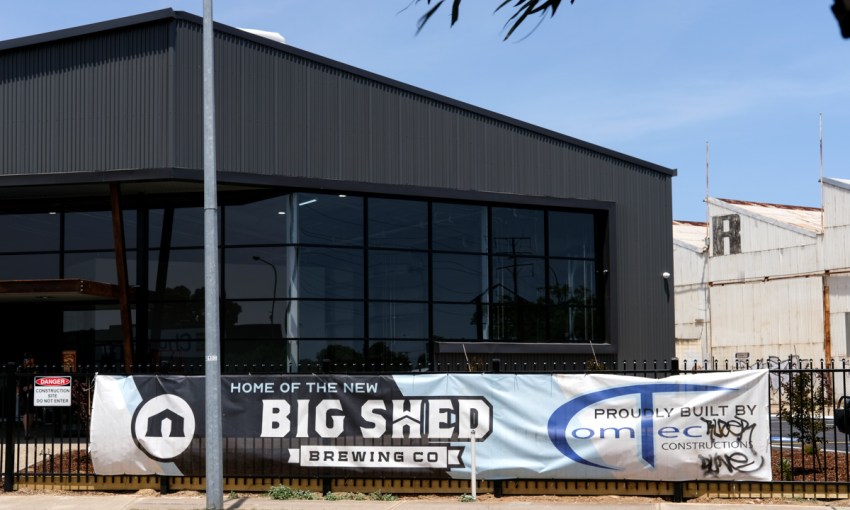 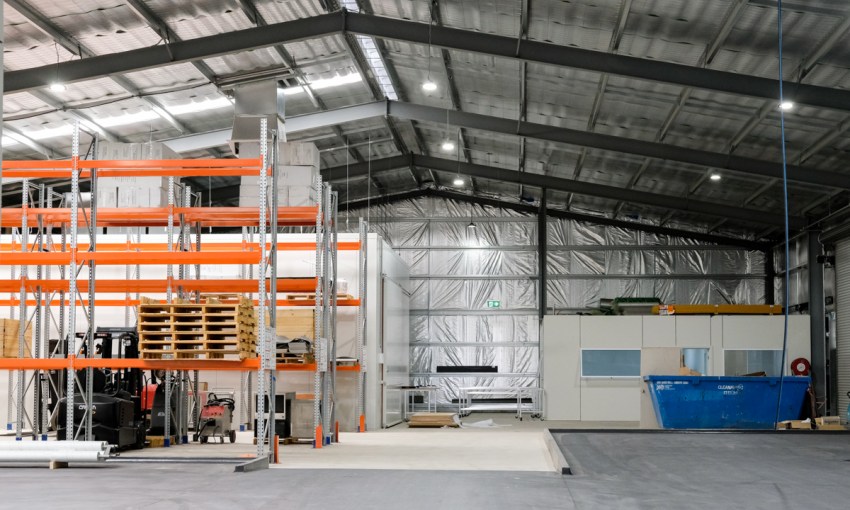 First official word of the next iteration of Big Shed Brewing Concern – a second, larger brewery opening up in their home suburb of Royal Park – came in February 2018.

Word came following news that the business was awarded a $50,000 grant, as part of the Labor government’s Future Jobs grant scheme, and a $1,000,000 state government loan.

It’s been a long wait since, but as the curtains close on 2019, Big Shed Mark II is ready to open to the public, with the brewery opening for the first time at 11am on Thursday, 5 December.

Big Shed co-owner Craig  Basford and Jason Harris had hoped to open the second brewery by the end of last year; the delay came due to the business having to construct their own building (completed by construction firm Comtec), as opposed to building a brewery within an existing space, as was their initial plan.

Big Shed bought the 1705sqm plot of land upon which the brewery now sits and have constructed a custom facility that will open with four times the capacity of their original brewery, with room to expand further.

The new brewery has also been designed with efficiency in mind. Part of this refinement process is the introduction of a canning line, with Big Shed set to start phasing out their bottled product in the New Year.

“That’s a big thing for us, because the market… is foaming for cans,” Craig says.

“No light gets in, so the beers will never get light struck, which is better for the beer; it’s lighter, so we can put more onto a pallet, so in terms of your environmental footprint, you can move more stock around and it’s lighter; it’s 100 per cent recyclable, which is nice, too.” 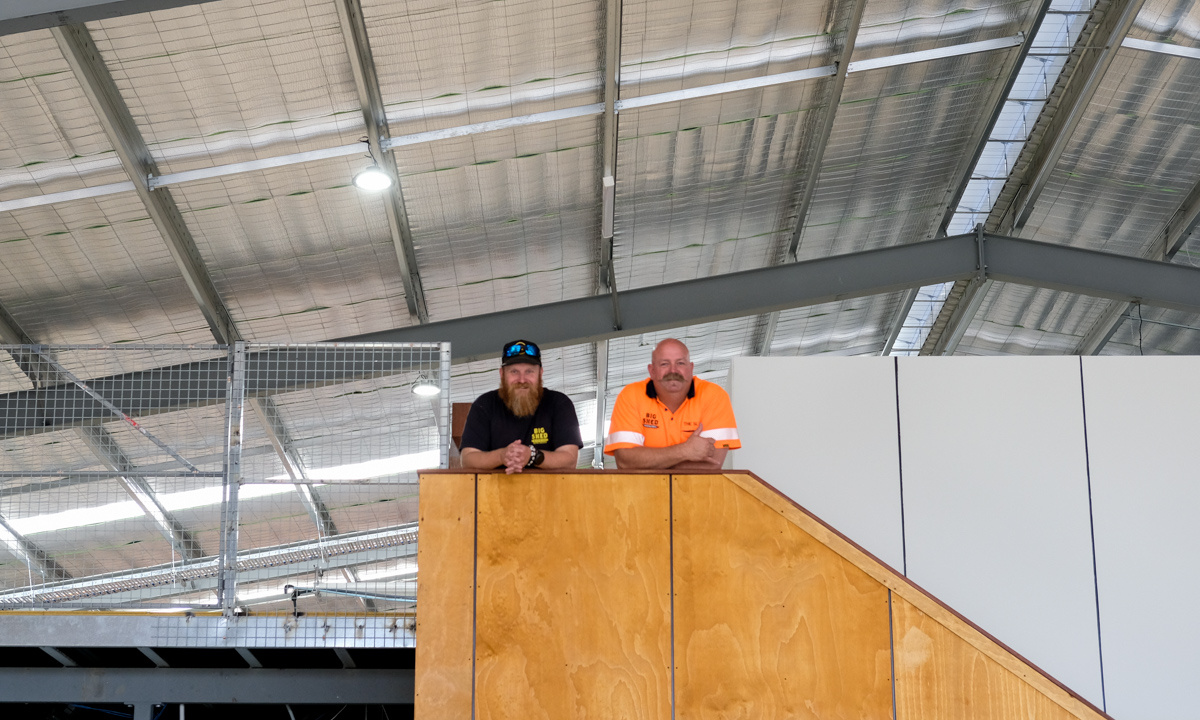 Big Shed will retain its presence on Brandwood Street, with the old brewery set to become a barrel-aging facility and occasional “dive bar,” hosting semi-regular gigs.

“We love the feel of the old place, we don’t want to lose our original home, so we want to keep that,” Craig says.

“We can keep barrels offsite – do the production side of it here, ship it down the road, let them sit there, do their thing.

“Barrel-aging stuff will most likely go into bottle, I think. In time we’ll rejig our bottling line to handle 640[ml]s or 750[ml]s and go from there.”

A key to the success of Big Shed’s original facility as a hospitality venue, Craig says, was the brewing process being accessible to visitors.

Similarly, at Big Shed II, whilst the fermentation tank farm will sit at the back of the brewery, mostly obscured from public view, the majority of the brewing equipment will sit in the front-of-house space.

The equipment will act as a backdrop for bands performing in the space, and it will also sit under lights that will make it visible through the site’s broad glass façade. 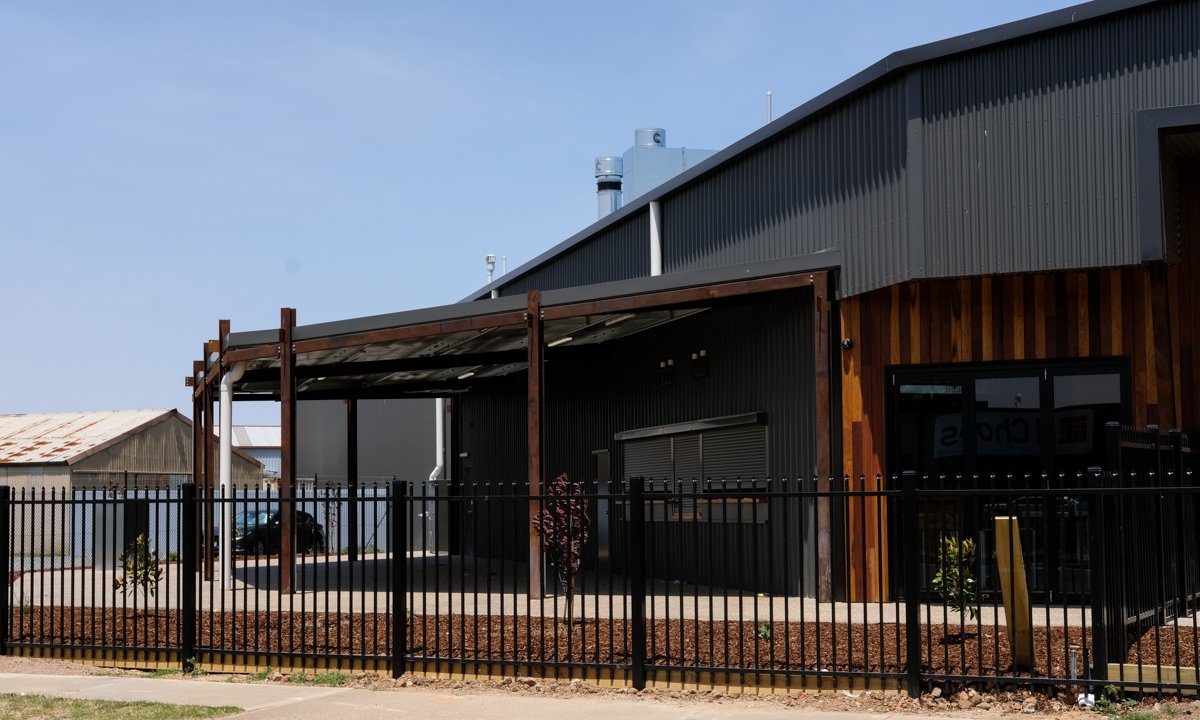 The beer garden will eventually house a wood oven, but the site also has a vastly larger kitchen, headed up by chef Adam McGregor, formerly of the Gepps Cross Coopers Alehouse.

“He’s got the foundations of what we get up to, and that was formed by Racho, Jase’s wife, and my wife, Natalie, and it’s been built upon as we go,” Craig says.

With the larger facility comes increased pressure to grow the business into its new home to justify the expansion. Craig hopes some of this can be achieved with the increased sales via the front bar, and the rest will come from Big Shed actively pursuing as-yet-untapped markets interstate and abroad.

“I’m excited about all [potential new markets]. Because part of our issue is, we were handbraked by the amount we could make,” Craig says.

“WA, New South Wales, Victoria, all these guys we have kind of on, not a tight handbrake, but kind of a handbrake. We haven’t actively marketed anywhere yet.

“So to be able to go there and be able to say g’day, and then back it up with product… we can say, ‘Here we are. Here’s our guy on the ground,’ and we can promote it and start getting that regular pull through.” 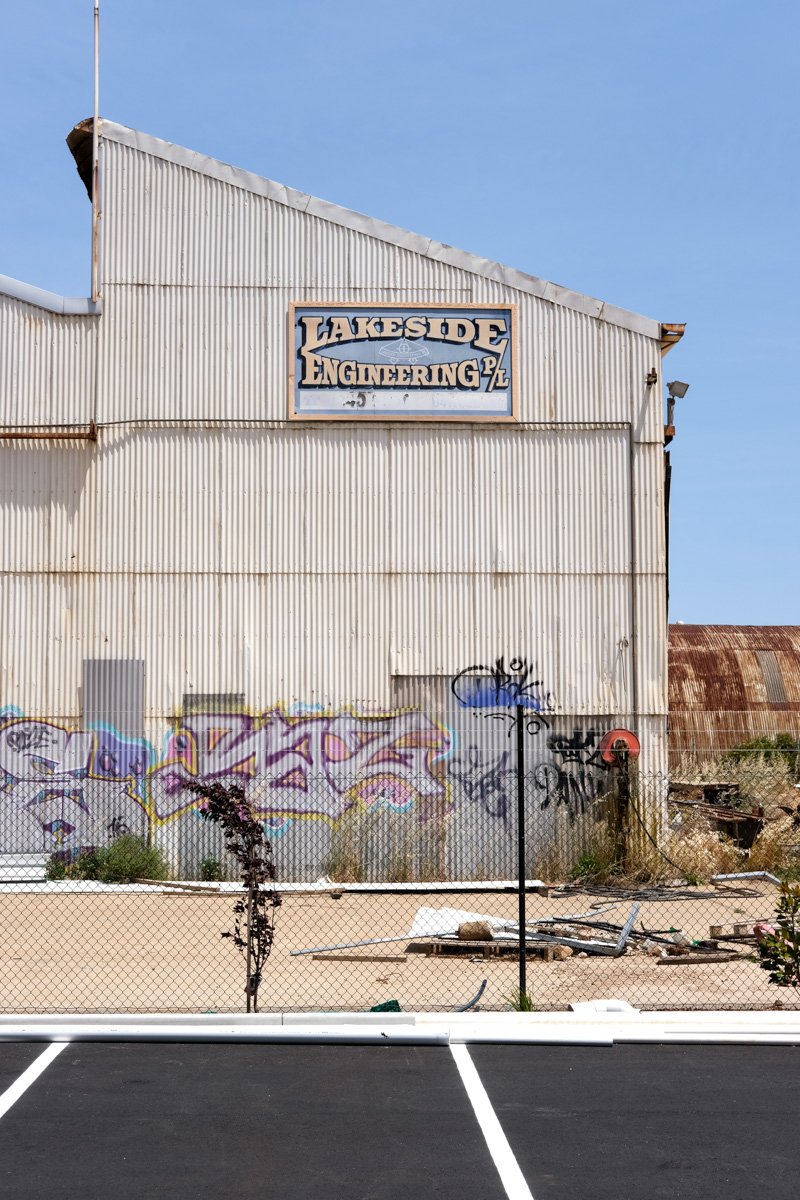 CityMag asks if Craig envisioned this site when he and Jason first entered the commercial beer market in January 2014. His response is jovial but blunt.

“We did $300 on [our front bar’s] first Friday, we thought our shit didn’t stink. And then a few months later we opened up on a Saturday and we poured one pint for the day. One pint. Seven Dollar Saturday, we call it.

“To go from that to here – and again, with no experience in the trade in any capacity, a couple of IT nerds who happened to like making beer… We have 14 FTE (full-time employees) who get their livelihood from something we started; that’s pretty humbling, and pretty scary, but mostly humbling, and I’m appreciative of what those guys do.

“It is stressful, but when you walk in here and I get to explain it to someone who hasn’t been here for the first time, it’s nice. Yeah, actually we did something pretty fucking cool.”

Big Shed Brewing Concern’s Old Port Road Brewery will open to the public from 11am on Thursday, 5 December. Due to shipping delays, the brewery will not be operational until early January, but Craig assures us there is more than enough beer squirrelled away to keep the new brewery’s taps flowing in the meantime. 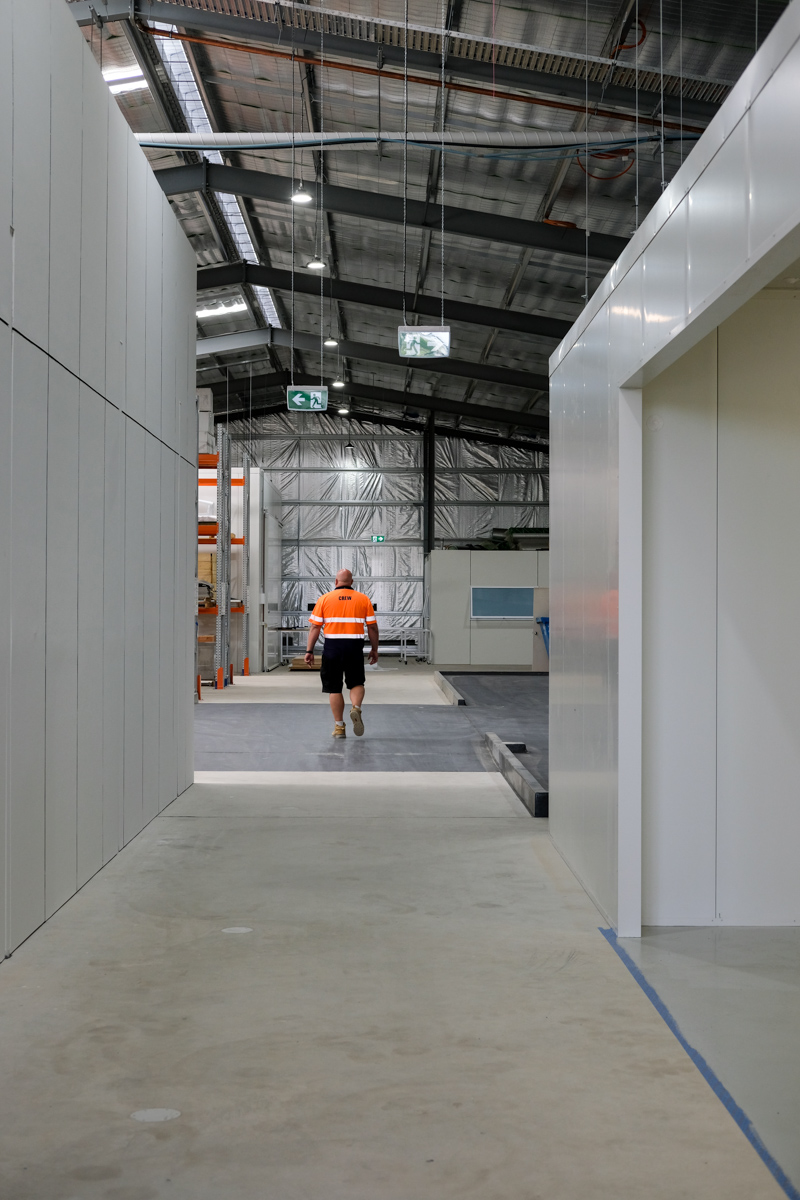