A 12-seat, no standing room cocktail bar will open on Pulteney Street in early March, founded by a once rising star of Adelaide’s cocktail scene.

By early March, a Pulteney Street space formerly occupied by a hair salon will open as a bar – perhaps the smallest in the city, at least by count of the number of seats.

Bar Peripheral is slated to open early march. Keep an eye on their Facebook and Instagram pages for updates

Bar Peripheral will seat 12 people along a single 12-metre jarrah and MDF bar, and will be staffed by a single bartender, the bar’s co-owner Vini Wang, with no offer of standing room extended to non-seated patrons.

The jarrah door will remain closed during operating hours, with a copper door knocker being the first interaction guests will have with the space.

A sliding copper peephole in the door will open to alert visitors to how many seats are available, and if there are none, Vini or his wife, Suji Jeong, who also co-owns the bar, will take down a name and number and text when there is sufficient space.

The bar will not have a menu; instead, there will be a 13-page document, each page a different chapter dedicated to a traditional cocktail formula – for example: punch, sling, sour, champagne cocktails, and the like.

Vini will ask each patron what kind of cocktail they’d like, as well as what spirits and flavour profiles they’re interested in, and make a drink that specifically caters to their tastes.

Customers who request a cocktail immediately will be asked whether they’d like a classic or ‘Bar Peripheral’ take on the drink – with the former option being an opportunity to discuss the history of the concoction.

Those who just want to sit in for a drink without the history lesson will, of course, be accommodated, but by Vini’s own admission, Bar Peripheral will be a bartender’s bar. 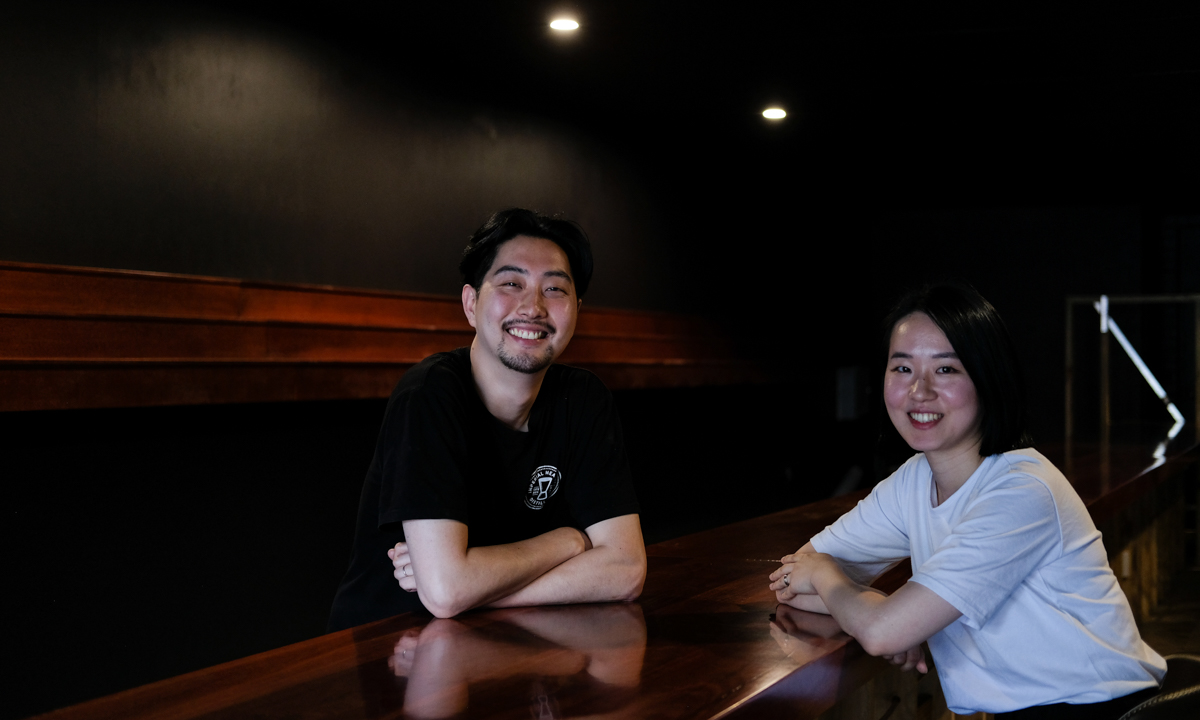 Suji, who is a draftsperson with Nielsen Architects, designed the space. The walls are painted black, with copper and timber being the only other prominent materials used in the design.

A shade will be drawn across the front window so that people outside cannot see in, and the main source of light will come from the 12 downlights along the bar, each marking the 12 designated seats.

The downlights will be placed as such that the bar top will be illuminated but the person seated will not. The bar is also flat, with no elevated bar station, meaning that the drink will be assembled in full view.

“The reason I chose spotlights is that every single movement, even a small splash or even zesting orange peels, you can see all the particles flying in the air. And that visual thing is what you never see before,” Vini says.

“The bar top is my drink station, so customers know exactly what they’re having. I’m going to be introducing individual ingredients as well, so it’s not like you’ll just pull it straight out of a speed pourer… everything will be poured by hand.”

The redemption of Vini Wang

Vini is a well-known figure within Adelaide’s bar scene.

He grew up in South Korea and, while still relatively young, fostered a strong affinity for cocktails. At age 12 he became obsessed with a bartending book his family owned, and by age 15 his dad had bought him his first set of bar tools.

Once he was of an appropriate age and qualified, the South Korean bar scene proved too difficult to cut into without extensive experience, so Vini worked up from the kitchen of a seafood buffet restaurant to the front of house, where he eventually worked as a sommelier.

With a developing love of wine, Vini sought to study winemaking, either in the US or here in Australia, and eventually came to Adelaide, first in 2013 on a working holiday visa.

Vini returned briefly to South Korea, before coming back to Australia, picking up a job at Hains & Co in November 2015 and then starting a foundational study course in 2016. In the following year, he started a science degree, with the eventual aim of moving into viticulture. 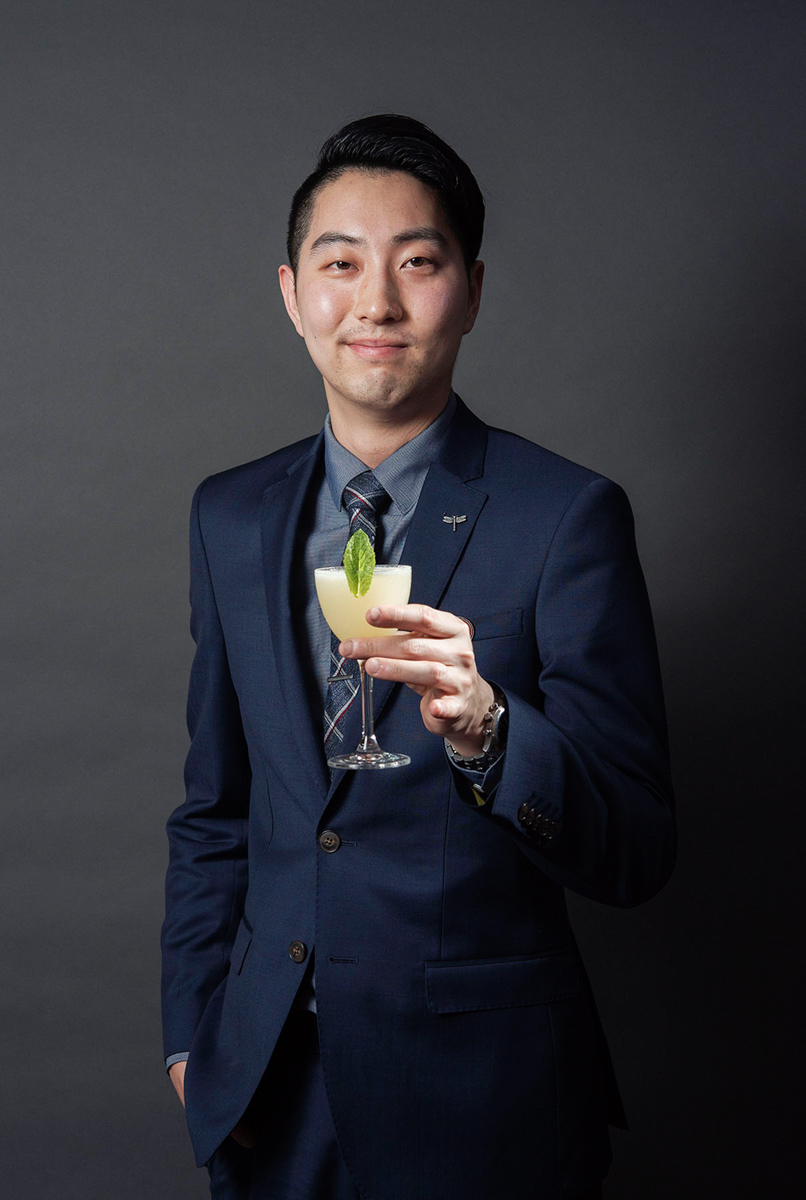 A promotional shot of Vini during his appearance at the Bacardi Legacy cocktail competition. This image: supplied

Through his work at Hains & Co, Vini quickly rose up the ranks of the local bar scene, appearing as a judge at the Espresso Martini Festival in Murlawirrapurka Rymill Park in February 2018. In November 2017, he was named one of the Three Most Promising bartenders at the Bacardi Legacy cocktail competition of 2017/18.

In September of 2017, Hains & Co brought Vini on full-time and provided him with visa sponsorship. Visa sponsorship is complex, and acquiring the visa meant Vini had to remain in Australia and work full-time as a bar manager.

As an international student, Vini was not entitled to any tuition fee relief or deferral and was therefore required to pay tuition fees upfront. His fees for the first year of study were $35,000.

According to court documents, Vini pleaded guilty to four offences of dishonesty, amounting to the theft of $1,438.50 from the bar between 4 January and 11 February 2018.

The court document also states that at the moment the bar’s owner, Marcus Motteram, confronted Vini about the theft, Vini “made full admissions to stealing from him,” and was then asked to transfer the balance of his bank account to his employer, totalling $2,800.

Vini was then “taken to the Hindley Street Police Station, where he participated in a full record of interview making full admissions to his offending.”

According to the judgement in the subsequent 2018 court case, Vini’s lawyer painted a picture of high-pressure and fractured relationships at his client’s workplace.

The lawyer claimed Vini had been working seven-day weeks and was paying his employer $500 a week for “legal fees.”

Marcus told CityMag the fortnightly deduction from Vini’s pay was an agreement the two parties came to, as a loan repayment for Hains & Co covering the cost of Vini’s visa application.

Marcus also contests how his relationship with Vini was characterised by Vini’s counsel.

“We were so supportive of Vini,” Marcus continues. “He’d never worked in a bar before, and look where he got within a short period of time.”

The judgement in the case from Chief Magistrate Hribal says that Vini’s situation at the time of the offending was “difficult.”

A letter of reference submitted to the proceedings by Vini’s employer at the time of the case spoke “very highly” of him, with Hribal noting: “It is clear that your current employer is aware of your offending but nevertheless regards you as trustworthy, reliable and punctual.”

Suji also submitted a letter of support for her husband, “discussing the strain you were under and the shame and regret you have felt as a result of this matter,” Hribal said.

The prosecution, acting on behalf of the police (Hains & Co had no representation in the courtroom), made no submissions in relation to conviction or penalty.

In her sentencing remarks, Hribal said the offending was “a serious breach of trust. You should not have stolen from your employer and your offending occurred over a number of months. However, it is clear from all of the submissions made to me that this is an unusual matter and that your circumstances were very difficult. Whilst they do not justify your offending, they provide some insight as to your state of mind at the time of your offending.”

Hribal found that Vini was “unlikely to reoffend” and had “shown contrition and remorse,” and therefore opted not to record a conviction, instead placing Vini on a two-year good behaviour bond.

Because of the decision not to record a conviction, and Vini and Suji’s marriage, Vini has been able to stay in the country and has now embarked on the long road to acquiring a permanent resident visa.

He told CityMag that financial pressure and long hours meant “I eventually collapsed and did some bad stuff”.

“But I’m very clean now. I’m with my wife. My wife was with me during that period, and she decided to stay with me and help me out. Without her, this wouldn’t be happening.

“Of course it was [difficult for us], but once you hit rock bottom, there’s nothing else but to go up. And it taught me a lot, because bartending is also about showing humility, and just to widen that spectrum of experiences – [whether] it’s good or bad. It was very helpful. It changed the way I think about life in general, but also in drinks.”

In the years since, Vini went on to work at a small wine bar on Gilbert Street, which has since closed, and then at Red October, next door to Hains & Co, and finally, he spent eight months at Golden Boy’s basement bar, where he worked up until December last year, when he left to start Bar Peripheral.

Vini’s re-emergence within the Adelaide cocktail scene as a bar owner is courageous (amongst a few other applicable adjectives).

He admits a large part of the drive behind opening Bar Peripheral is to reclaim his name amongst his former peers.

“Mainly it’s more about redemption, about the past history and all,” he says.

“And during those two years of my time, I was keeping everything down low and really got into studying, contacting all the people I considered teachers in Japan and Korea.”

Hains & Co is a much-loved bar in Adelaide, and the ordeal did enormous damage to his reputation, and his relationship with Adelaide’s broader hospitality industry.

“I was devastated, of course. But at the time, amazingly stressful,” Vini says.

“I had to go to counselling, just to speak with someone. That was the biggest loss. And whenever things like that happen, a lot of the people around you vanish.

“Now I realise the value of true friendships and whatnot. Like I said, I hit rock bottom – just become a better person. Just try to be.”

When CityMag asks Vini how his relationship with Hains currently stands, “very bad,” is the response, and that he’s “trying to forget about it.”

In a town the size of Adelaide, this is difficult to do.

The bartender has been fortunate enough to have been offered more than a couple of second chances from venue owners around the city, and is able to create a second chance all of his own making at Bar Peripheral.

Armchair psychiatrists might even read contrition in the bar’s concept: the self-exile of a blacked-out room in the quietest end of the city, staffed alone by Vini in near darkness.

Vini and Suji are both nervous about Bar Peripheral’s opening, but there’s little else Vini is interested in pursuing.

“Even if I were to move to a different industry, it would be something to do with eating or drinking, or making food and drinks,” he says.

“I was getting really deep into bartending at the time, so this was something that I chose to do, and just be better than everybody. And the ultimate way was to have my own voice.

“I’ve matured enough to make my own standards, and I can’t force my employers to invest on my idea.

“So anything good, it’s all me, anything bad, it’s our responsibility. There’s no way I can blame anybody else but me. The market’s always right, right? So we’ll see if the market’s friendly to us or an enemy to us.”

Bar Peripheral is slated to open in early March. Stay tuned to the bar’s Instagram page for updates.