From the minds behind NOLA comes the long-awaited addition of pizza and cocktails to the Palace Nova Prospect cinema complex. 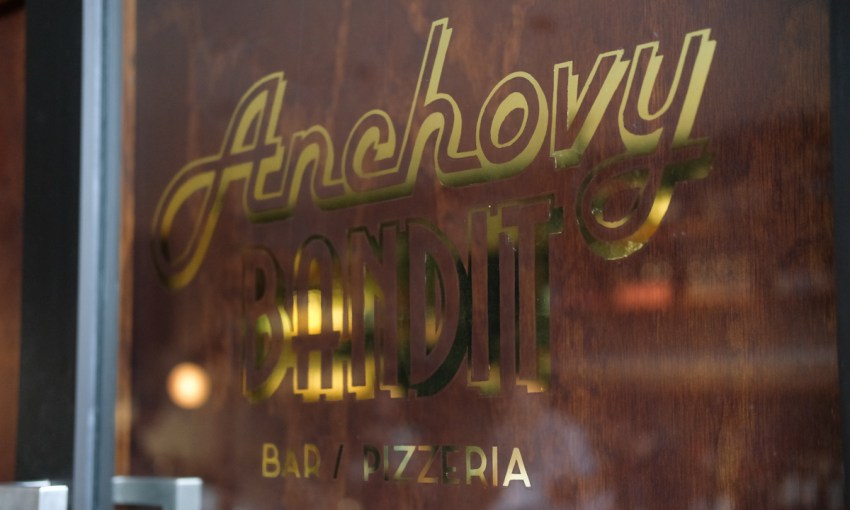 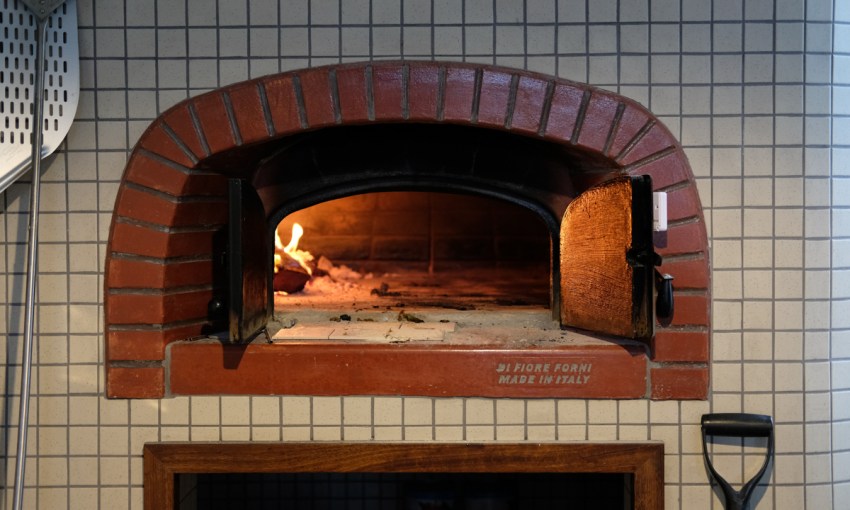 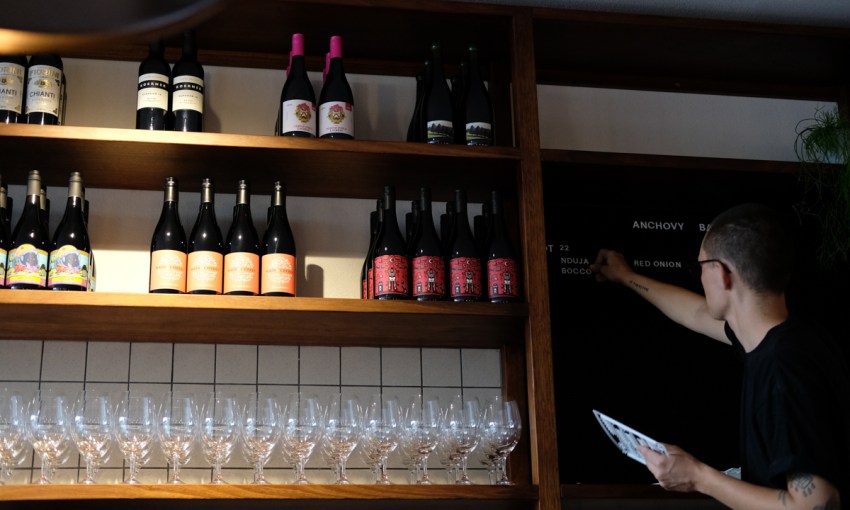 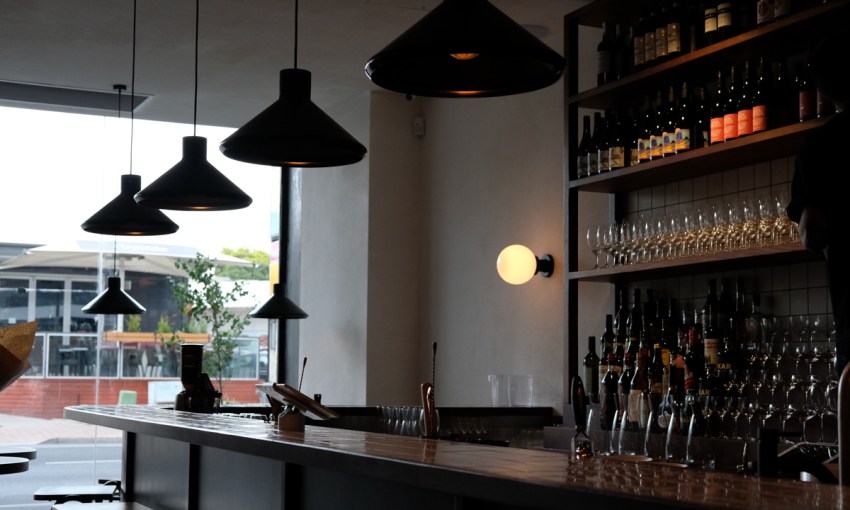 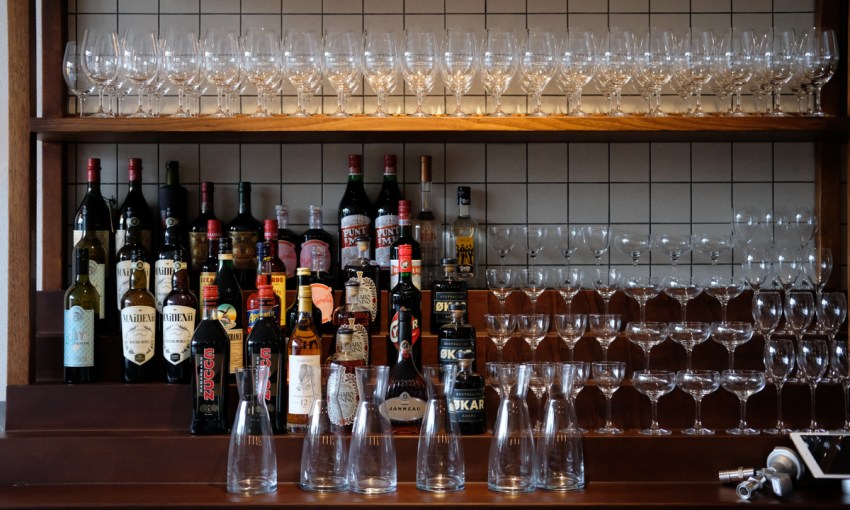 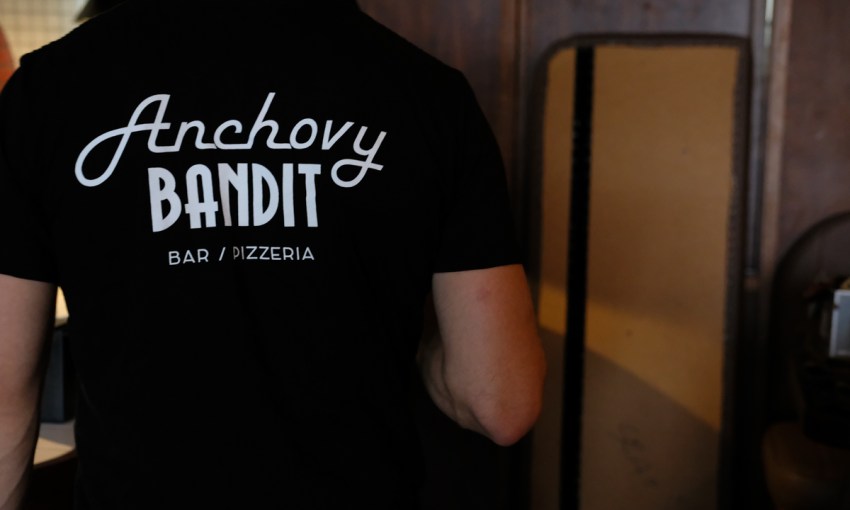 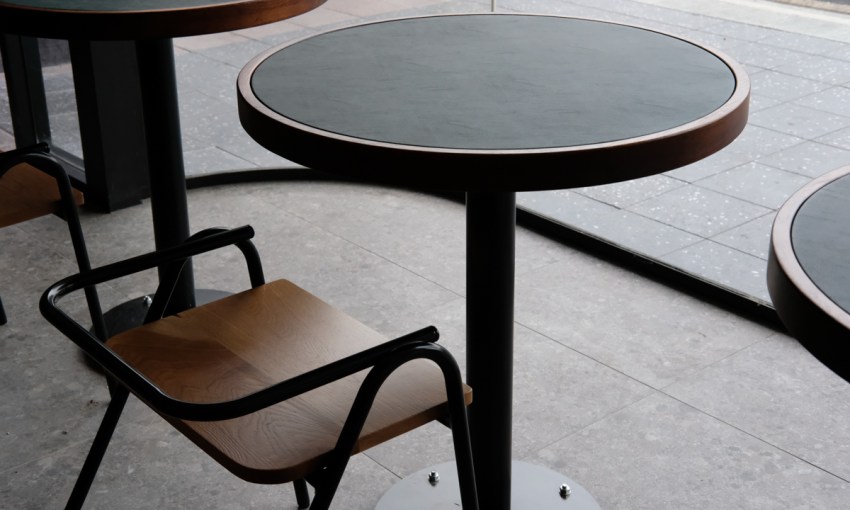 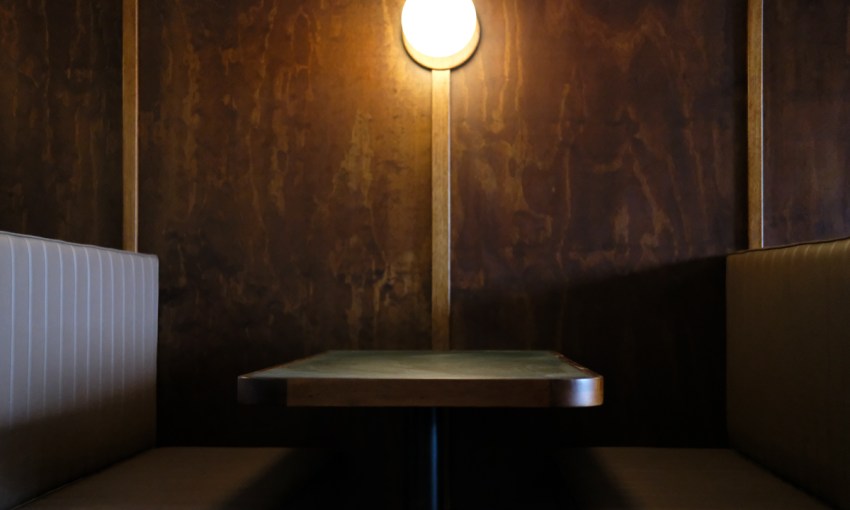 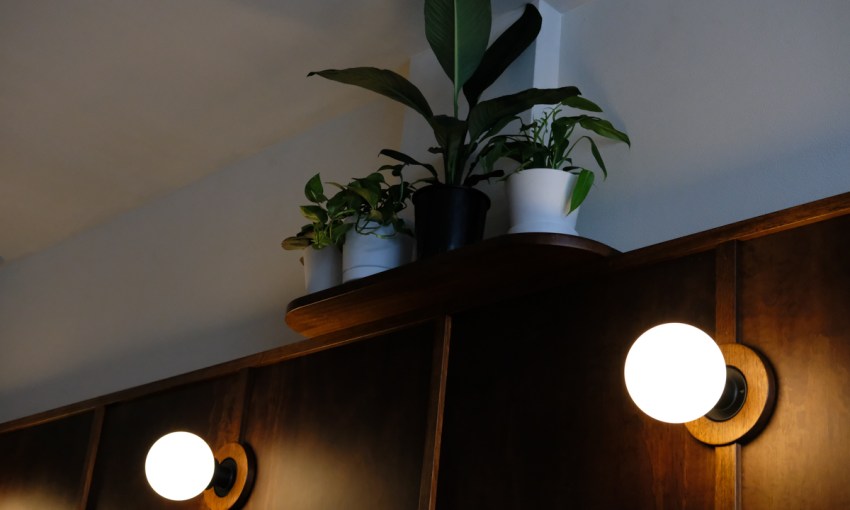 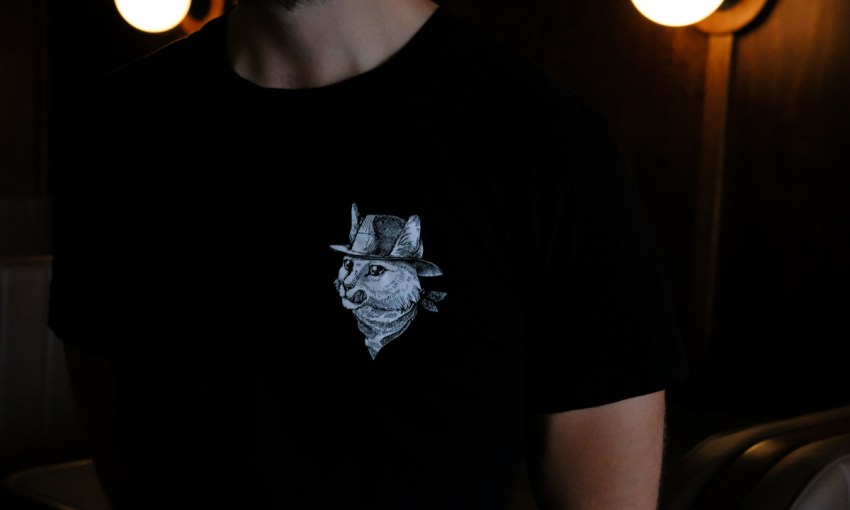 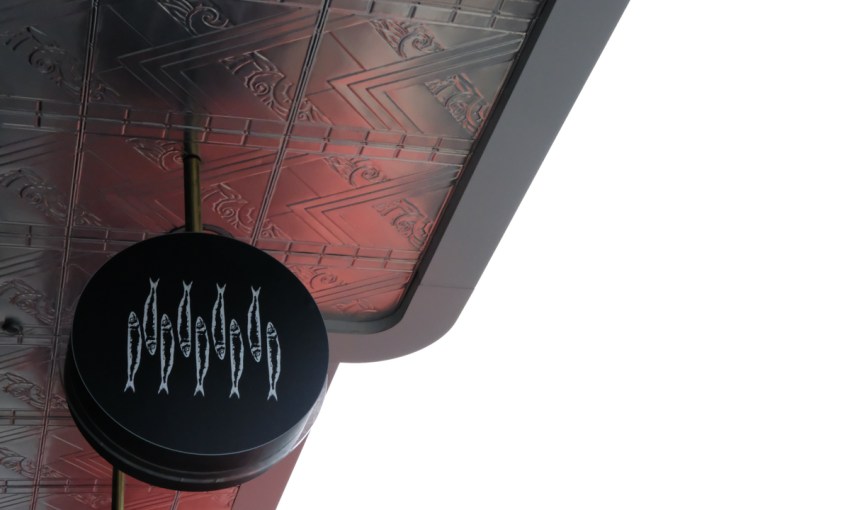 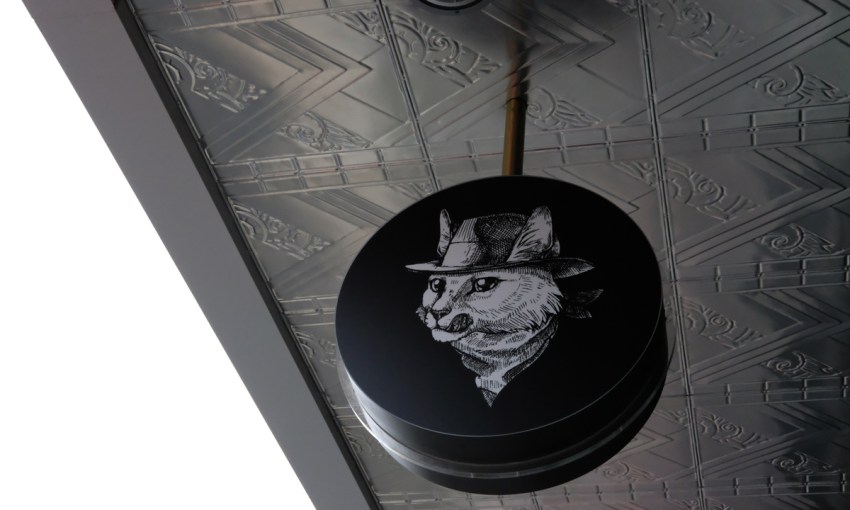 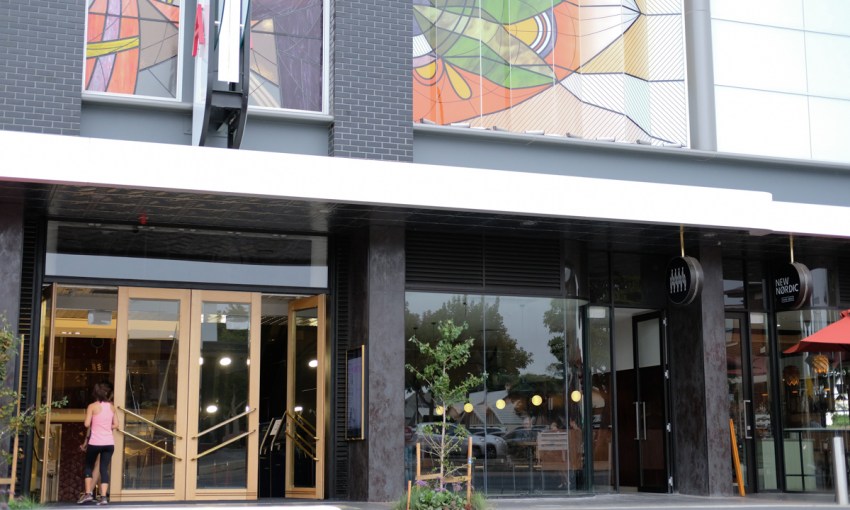 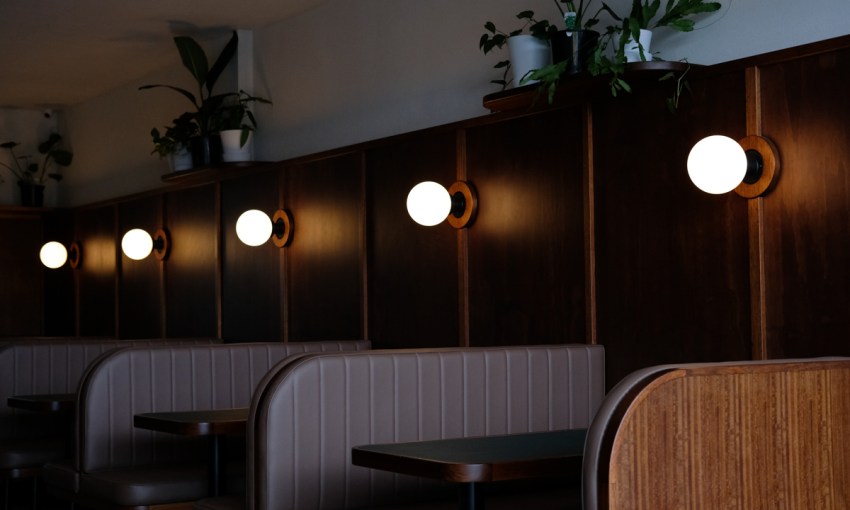 “Working in the East End… there’s a lot of good bars opening up, and then the suburbs are just crying out for something quality.

Anchovy Bandit is located at 96 Prospect Road, Prospect, and opens from 4pm until late seven days.

“There’s a few opening up now, and we thought we could definitely offer something a bit more than what’s out here.”

Alex has just opened Prospect Road pizza joint, Anchovy Bandit, along with Oliver Brown and Joshua Talbot from NOLA, and headed up in the kitchen by Kate Ryan, who’s worked at both Orana and The Lion.

The pizza bar will focus on traditional Italian style pizzas and cocktails in an intimate setting, designed by Sans-Arc, who also designed NOLA in 2015.

“Matiya did NOLA, obviously, so we have a great relationship with him, and his bars are only getting better and better from a design perspective, so we thought we’d stick with him, and we’re really happy with the result,” Alex says.

Accompanying the intimate setting is a concise pizza and cocktail list, with heavy reference to the classics, Alex says.

“The style of service, and the roots of the menu, it’s all Italian roots. We didn’t want to be Italian, but we want the inspiration to be there,” he says.

“Things like the Bellini, Negroni, Spritz are going to be there in essence, but then we’ll switch them up and do something new and different with it.

“[And] we’re thinking around eight pizzas… Classic, but then with a bit of a twist, so Modern Australian. Kate’s really into her Australian cuisine, so try and put that sort of twist on it. And then just a few sides to compliment, is the idea.”

The restaurant is housed within the recently developed Palace Nova cinema complex, and given its name is ripped straight from the unpublished screenplay of a 14-year-old Quentin Tarantino, chronicling a feline thief who burgles a pizzeria, Alex hopes to also provide a point of difference for local cinema-goers.

“We’re doing some nice wines, and people love their cheeseboards before a movie,” he says.