Café breakfast menus have fallen into a rut. Amicus Curiae’s French- and Malaysian-inspired food is proof there’s life beyond bacon, chorizo and eggs-your-way. 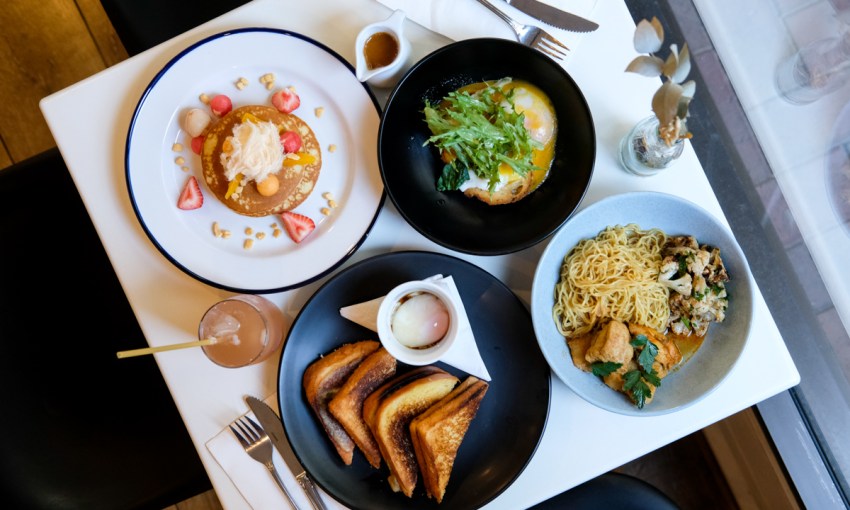 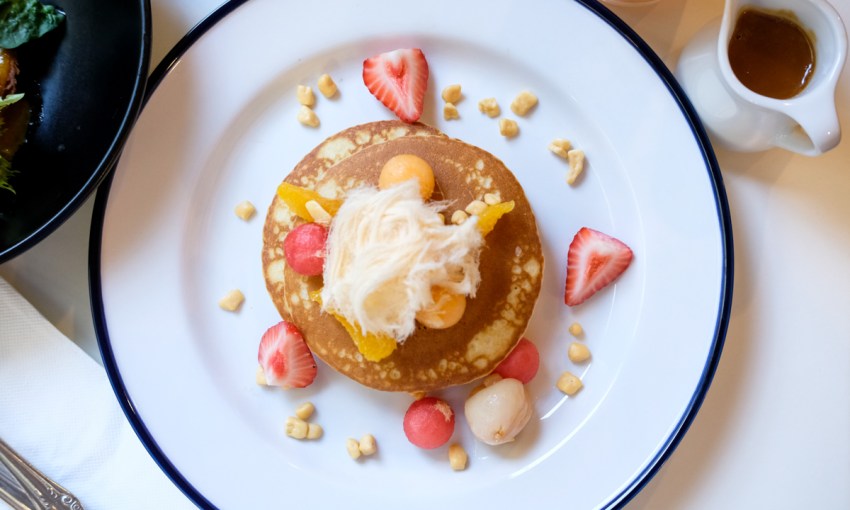 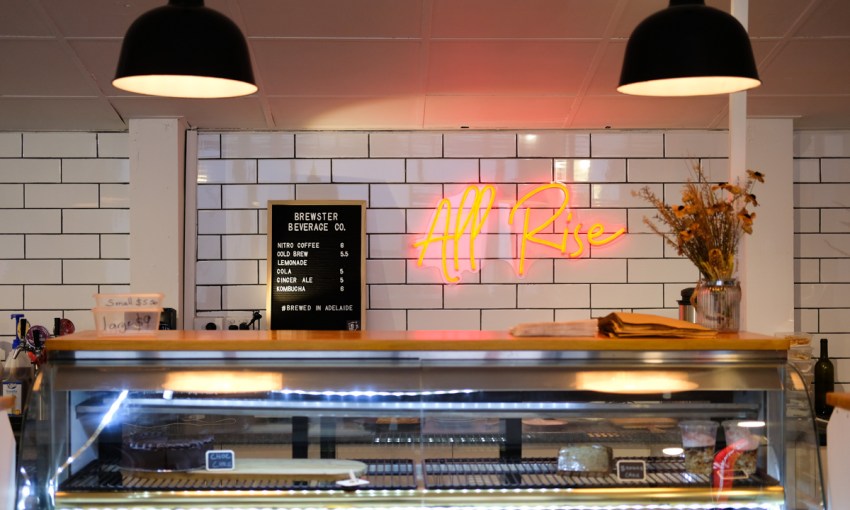 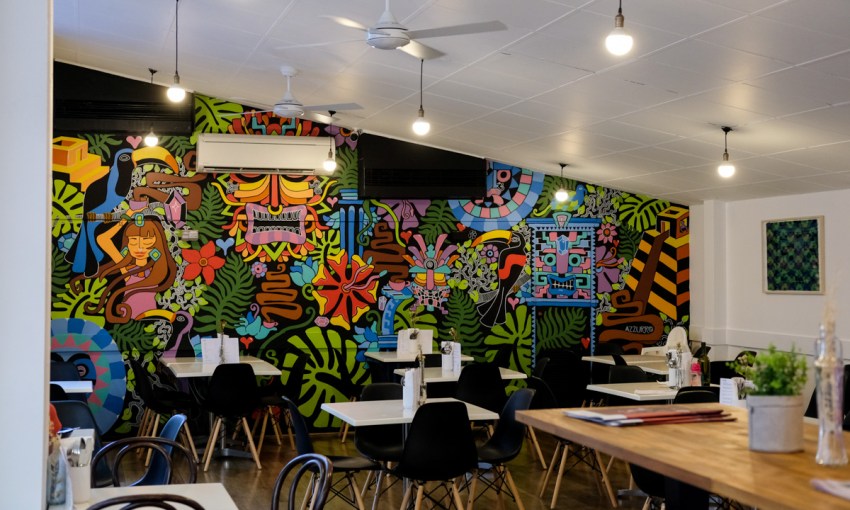 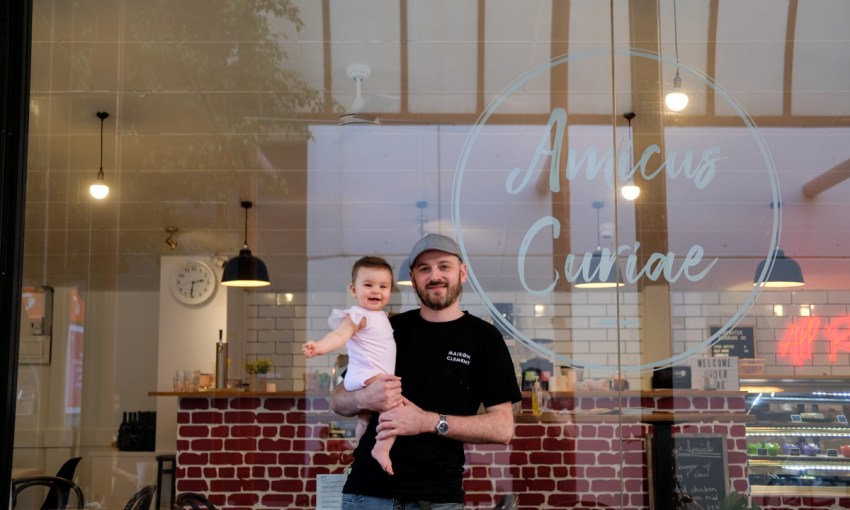 When CityMag first met Clément Labaere, he had just opened his French patisserie and café, Maison Clement, in the Central Market Arcade.

The main fare at Maison is the extensive range of French sweets on offer – pastries and gâteau – but Clément also dabbled in breakfast, bringing a French tilt to the traditional eggs on toast.

At the beginning of this year, Clément opened his second venture, Amicus Curiae, about a minute and a half’s walk from Maison, where he’s decided to lean into Australian brunch culture.

With chef Jason Yii, formerly of Hardy’s Verandah, Amicus Curiae has a menu that the chefs have dubbed Modern Australian – a frustratingly broad tag, usually applied with a shrug to a menu drawing from no central culinary ethos.

To Clément, the term Modern Australian is an excuse to pull together his French heritage with Jason’s Malaysian heritage and riff on the contemporary Australian desire for a vast array of flavours sitting on top of toast.

“When we talked about Australian breakfast, we were a bit bored. We didn’t want to do eggs, bacon – it was boring to us,” Clément says.

“We had this beautiful idea for the menu in our mind – every chef will tell you, we have hundreds of ideas.”

The most familiar ideas on the menu are the smashed avocado on toast, served with a sous-vide egg; the pancakes, served with Jason’s exceptional plating, topped with fairy floss, a peanut sauce, and fresh fruit carved into spheres that look like, but mercifully are not, sorbet (which is not a breakfast food); and the French toast with chocolate sauce and poached pear.

Where they’ve departed from the expected, they have truly departed.

Their benedict dish, an old faithful listing on cafés from time immemorial, is served with house-made prawn dumplings. A Malaysian chicken curry sits atop savoury French toast, or on the more traditional roti, if you prefer.

A semi-sweet Malaysian and Singaporean breakfast dish, kaya toast, combines bread from Maison Clément with a coconut jam, which is then dipped in a sous-vide egg drizzled with soy.

“It sounds weird, but I really wanted that on the menu, and our chef happened to be Malaysian, so it was perfect,” Clément says. 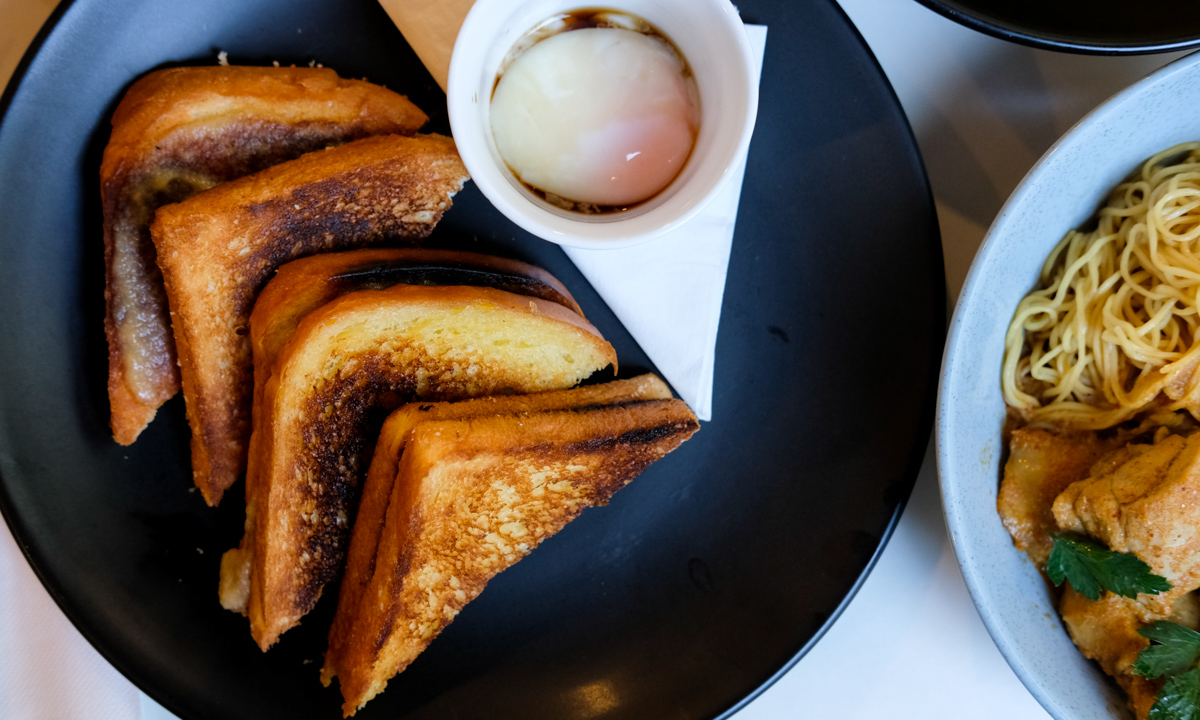 In CityMag’s restaurant power ranking list from last year, top billing was given to Jock Zonfrillo’s Restaurant Orana – and for many reasons, one of which was its serious attempt to create a meaning for ‘Modern Australian’ cuisine.

The Orana version of the term has not yet caught on as broadly as we would hope – indigenous Australian food items remain difficult to come by, particularly on brunch menus.

But we’re also happy to see the Amicus Curiae version of Modern Australian come to the fore, where, instead of an incidental shrug, the central theme is a joyful freedom to blend cultural references together and plate them up, purely in the name of fun and flavour.

Amicus Curiae is located at 101A Victoria Square and opens Monday to Saturday from 8am ‘til 3pm. 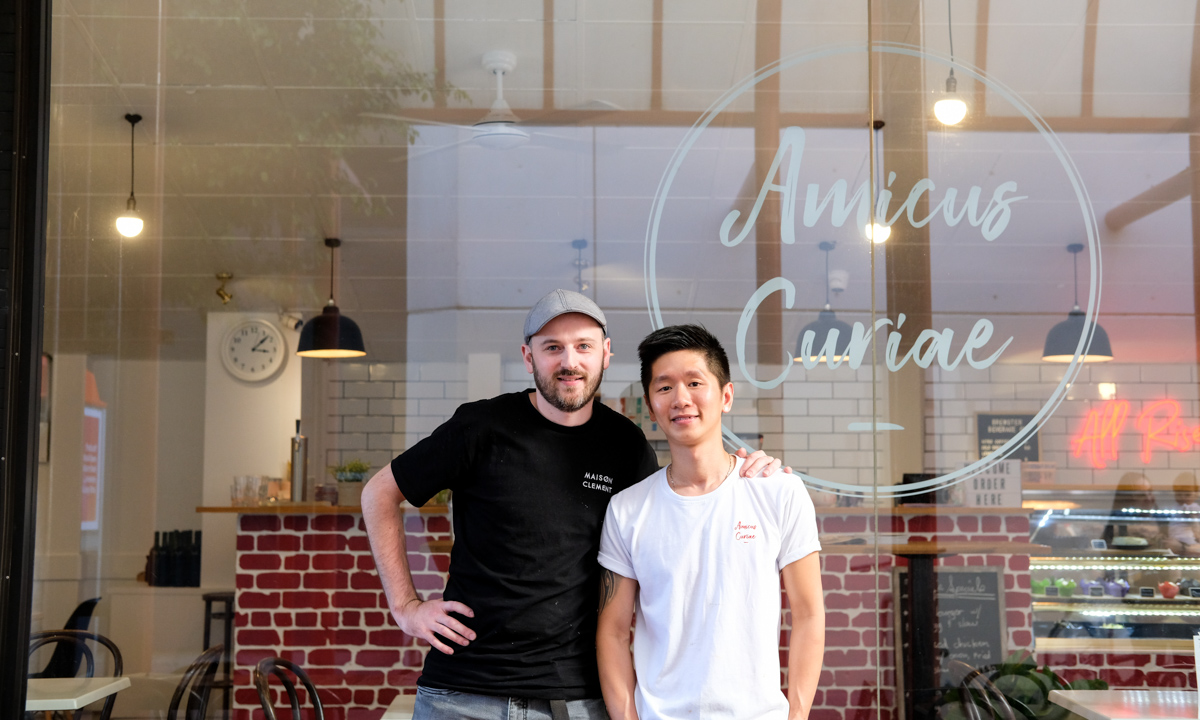