How two women threw in the corporate towel to build a business around Portuguese custard tarts. 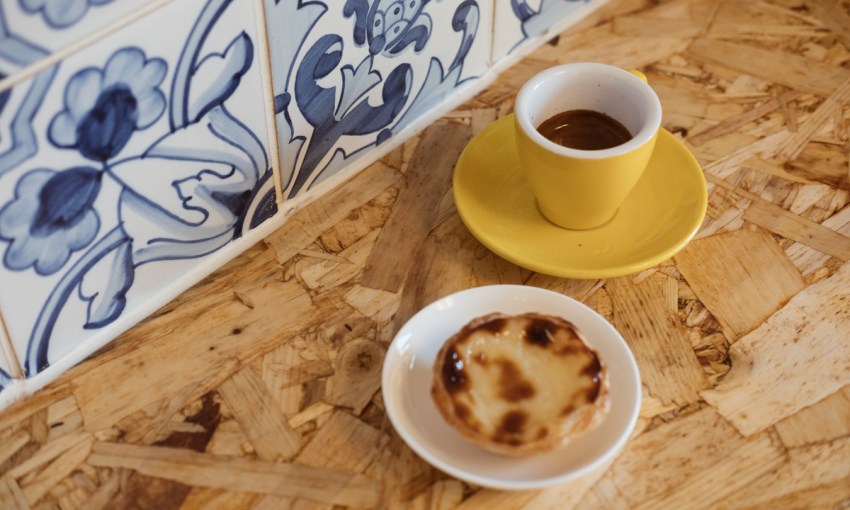 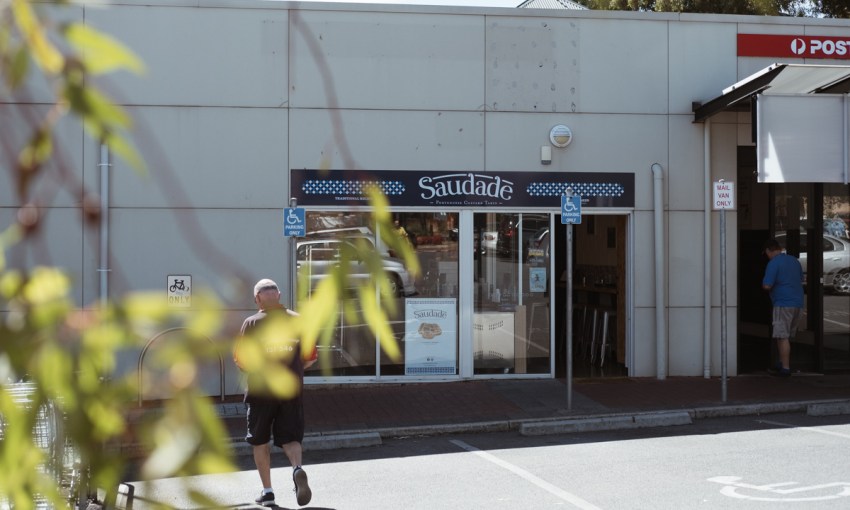 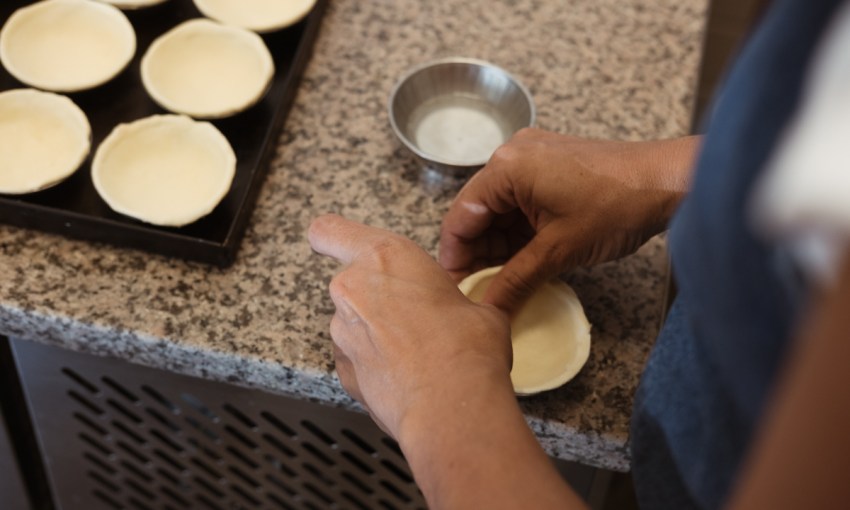 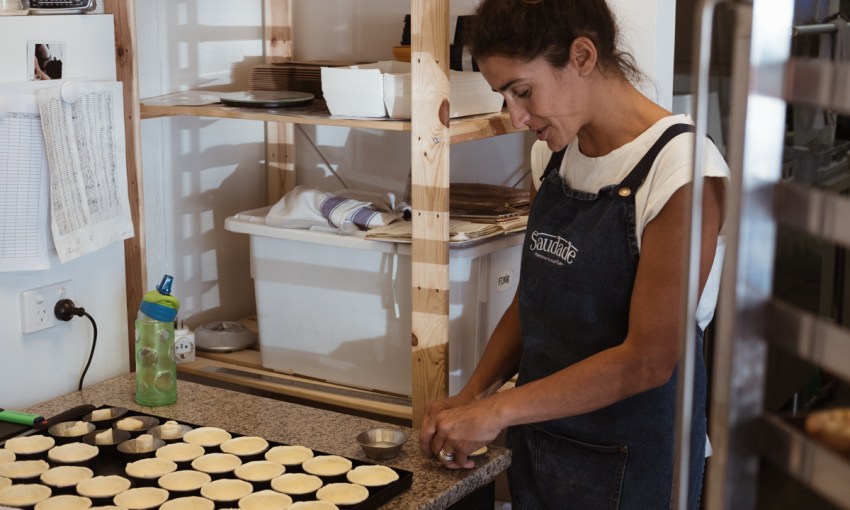 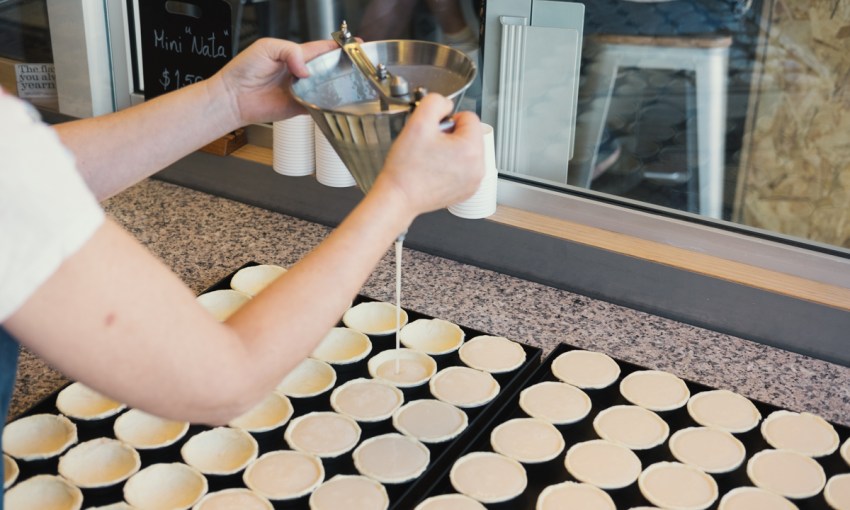 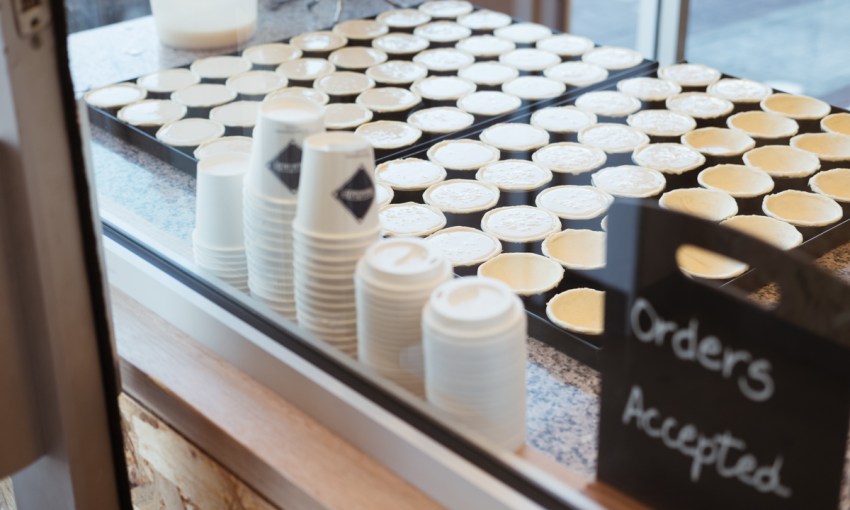 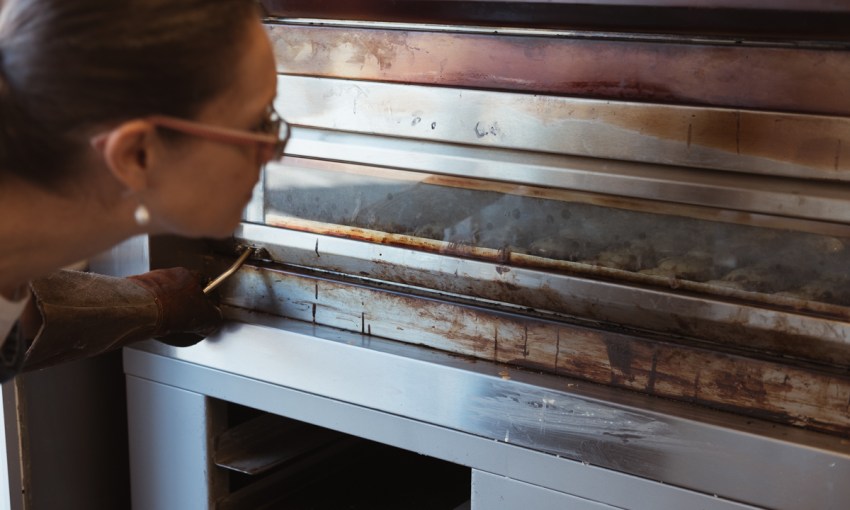 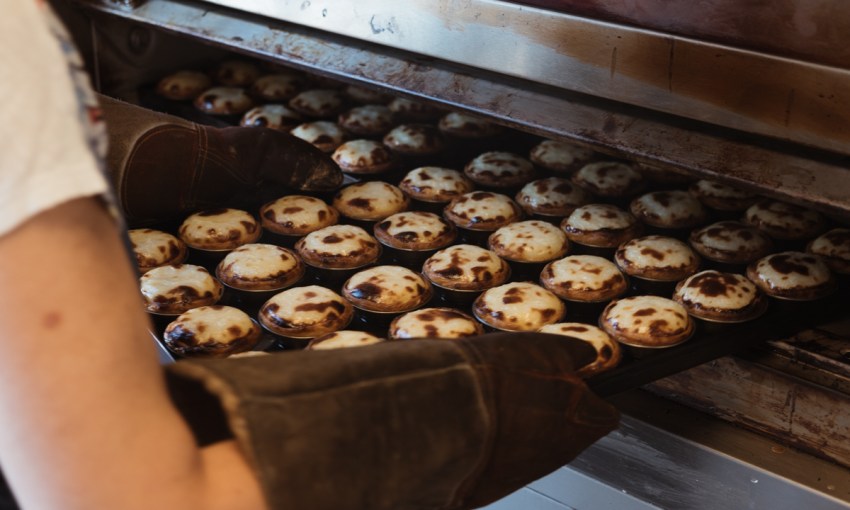 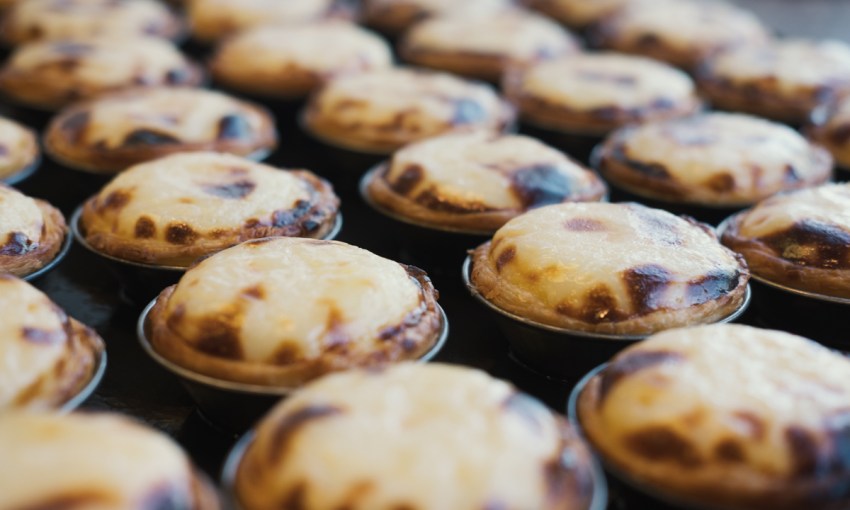 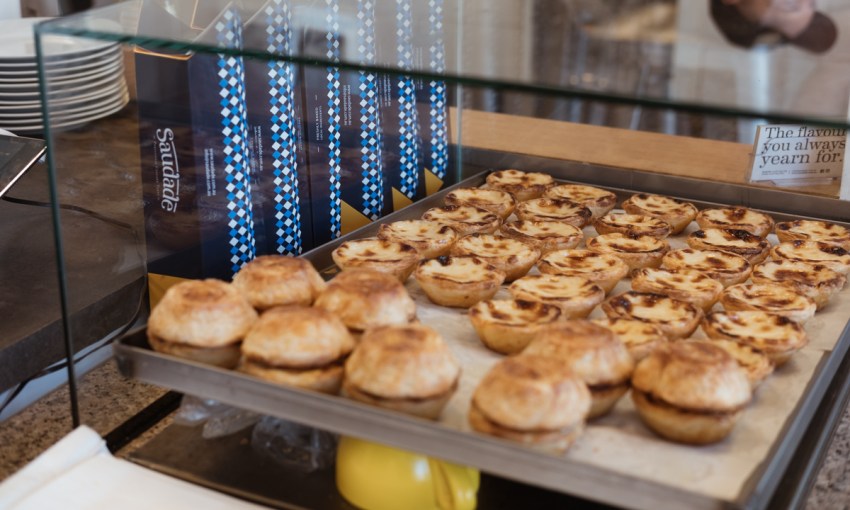 Portuguese Custard Tarts are as iconic to Lisbon, Portugal as Farmers Union Iced Coffee is to South Australia, which makes it hard for a Portuguese expat to adapt to life in Adelaide. Unless they were to start their own authentic Portuguese custard tart business.

That’s just what Mafalda Azevo, Carla Alameo and their partners did when nostalgia for their favourite dessert, and their home country, became unbearable.

Their business, Saudade Portuguese Custard Tarts, had the city talking a year ago when they were the producers-in-residence at the Adelaide Central Market over Easter. This Easter, they’re sitting pretty and sparkling new at the Mitcham Square Shopping Centre in Torrens Park. 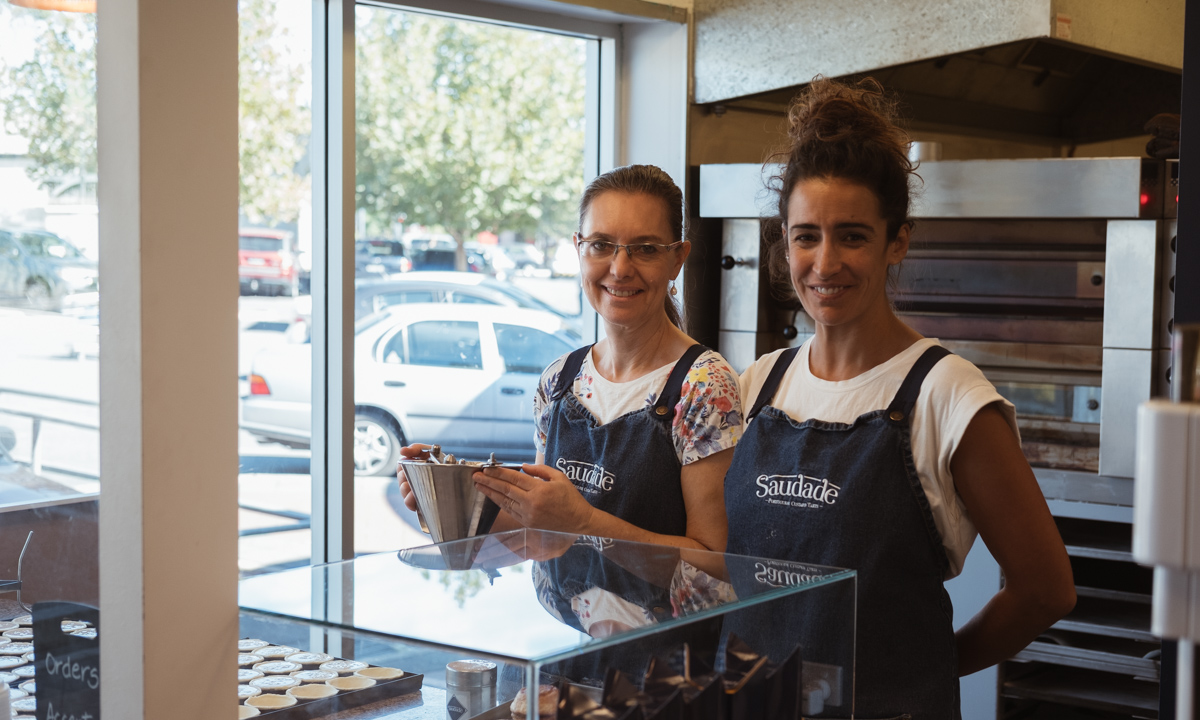 Carla and Mafalda in their Torrens Park shop/kitchen.

The duo have been in the shop for three months, but it’s not been an easy road to get here.

Saudade is the brainchild of Mafalda who moved to Australia just over four years ago.

“My husband loves Portuguese custard tarts and when we moved to Australia he had this dream to have the ‘real deal’. I started to think about it, and when he moved to Adelaide, we met Carla and Miguel, and we thought, ‘Why not?’ We started a business to do the ‘real deal’,” says Mafalda.

But it wasn’t so simple.

Mafalda was working as a marketer for Australian surf brands, Quicksilver and Roxy, which she gave up to move to Adelaide and begin Saudade.

“It was hard. I gave up, moved here, and made this dream come true,” says Mafalda.

Having worked in law and human resources in Portugal and taken time to be a mother in Australia, Carla also had never worked as a baker, so it was imperative for both of them to put time into preparing themselves for their new career.

The custard tart – or pastel de nata – is traditionally eaten with an espresso between breakfast and lunch.

While Mafalda undertook a Cert 2 in baking at TAFE SA, they both spent time gaining practical experience working in bakeries and restaurants.

But, most importantly, the duo went to lengths to learn the secrets of the authentic Portuguese custard tart.

“We had a chef from Lisbon come here to teach us the recipe – he was a family friend, and works in hotels. He was here a week,” says Mafalda. “And then I went to Portugal to train with a well known Portuguese chef.”

Bringing the Portuguese delicacy to Australia was not without its road bumps – it took a bit of getting used to the Australian way.

‘Saudade’ is a Portuguese word meaning a happy nostalgia, and it’s what we felt when we moved to Australia.
—Mafalda Azevo 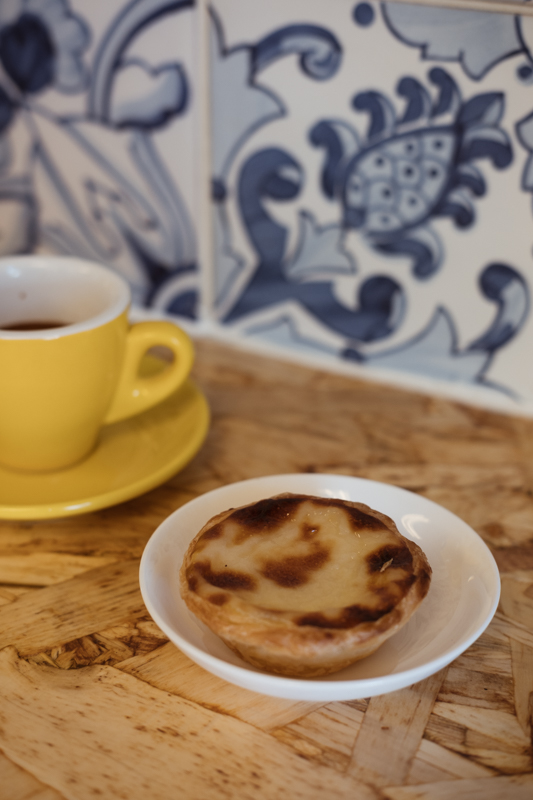 In Portugal, for example, the tarts are preferred with a more caramelised top, however Australians prefer a lighter top. And while the Portuguese most commonly take their tart with an espresso between breakfast and lunch, Australians love them with a latte or cappuccino or as a classic post-dinner dessert (sometimes with berries – unheard of in Portugal!).

Finding the right ingredients in Australia was another challenge; though the recipe holds strong, the finished product differs with the ingredients used. The pair make it their priority though to only use local ingredients.

“We wanted to do the traditional recipe with local ingredients. It’s really important, not just logistically, but also to support local business,” says Carla.

Though there was some down time between the storm of popularity Saudade experienced during their stint at the Market and setting up shop in Torrens Park, the business is booming stronger than ever.

“We have a lot of people travelling up here to get the tarts – from the North, not just the city. And also we’re doing a lot of catering. Weddings, baby showers, corporate catering,” says Mafalda.

On a normal day, the pair will bake every hour. But, on a Friday or a Saturday when it is busier, they’ll bake every 30 minutes or 15 minutes, making over 1000 tarts a day.

Who knows, maybe their tarts will reach the level of FUIC in Adelaide.

A tart and a FUIC – heaps good.