It's probably not your local. 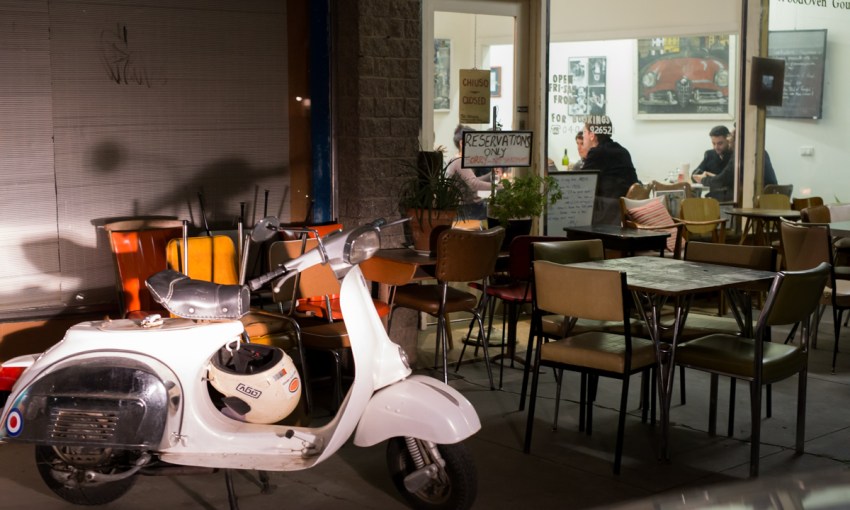 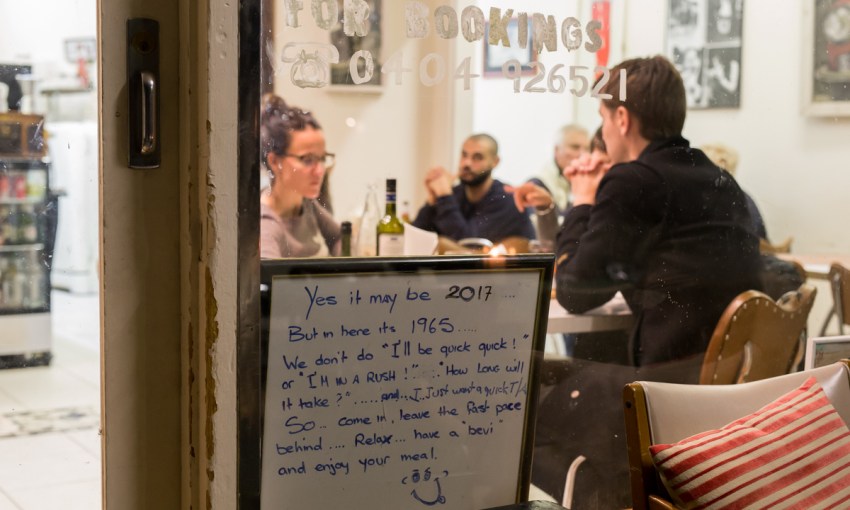 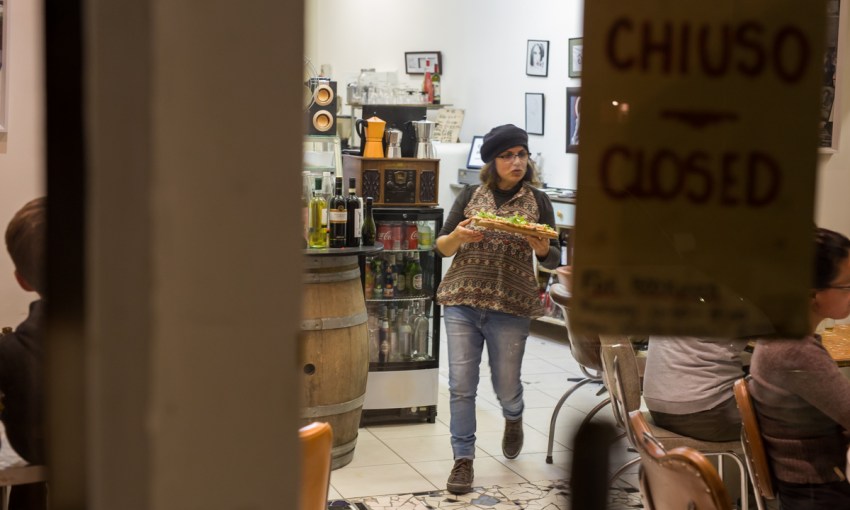 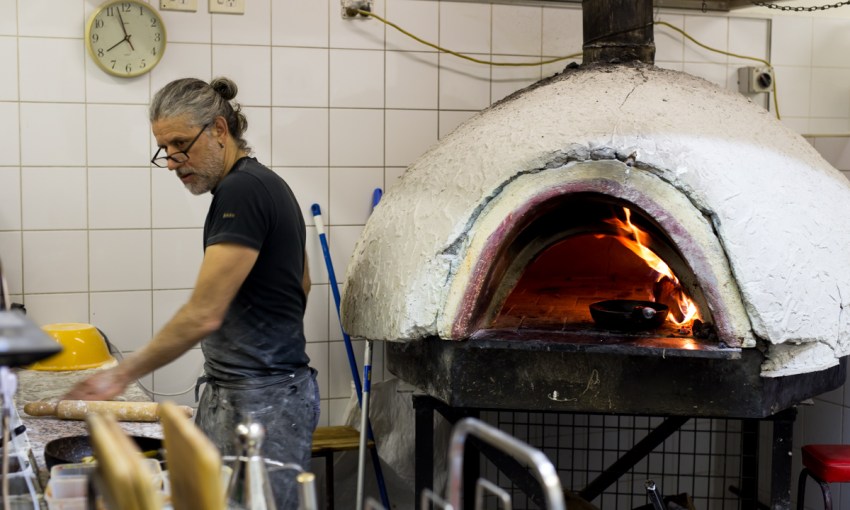 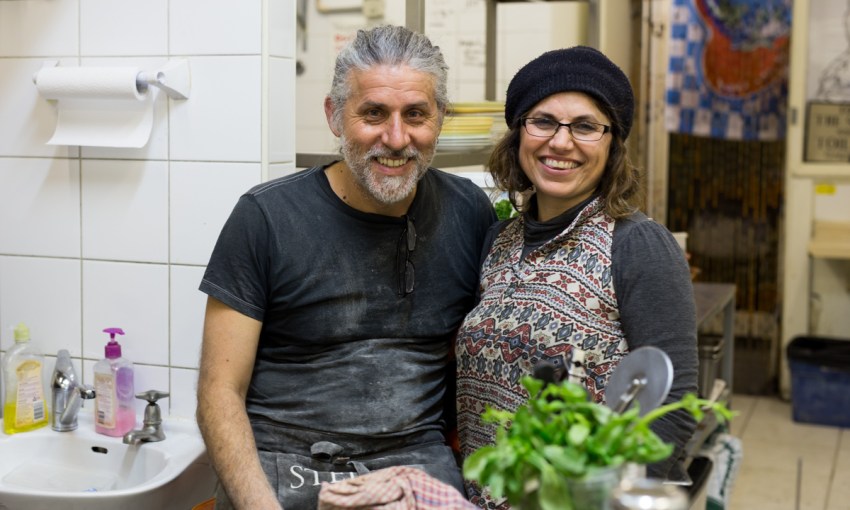 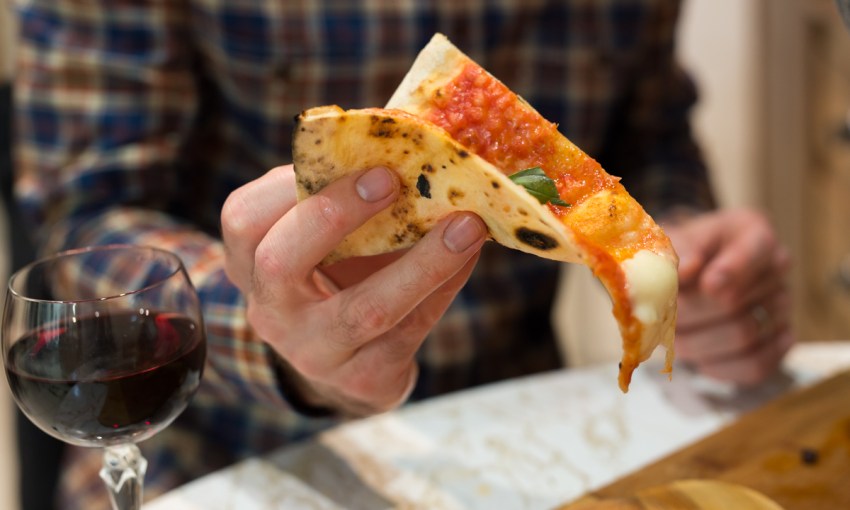 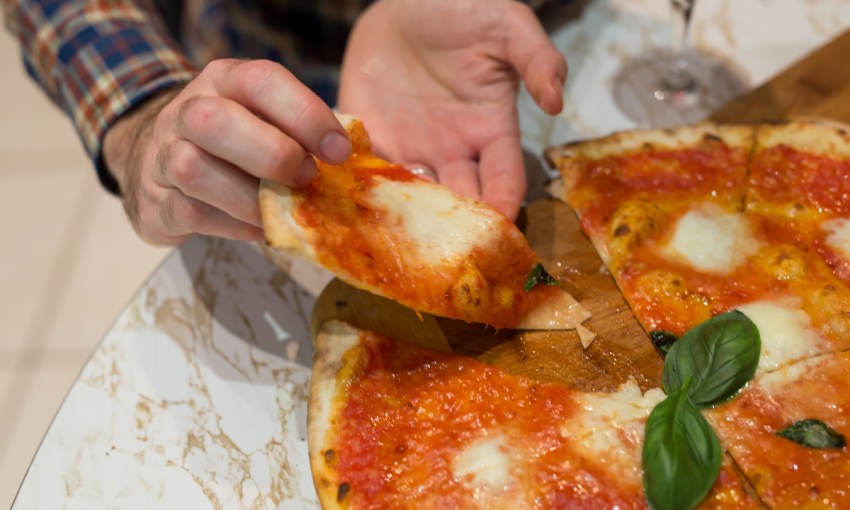 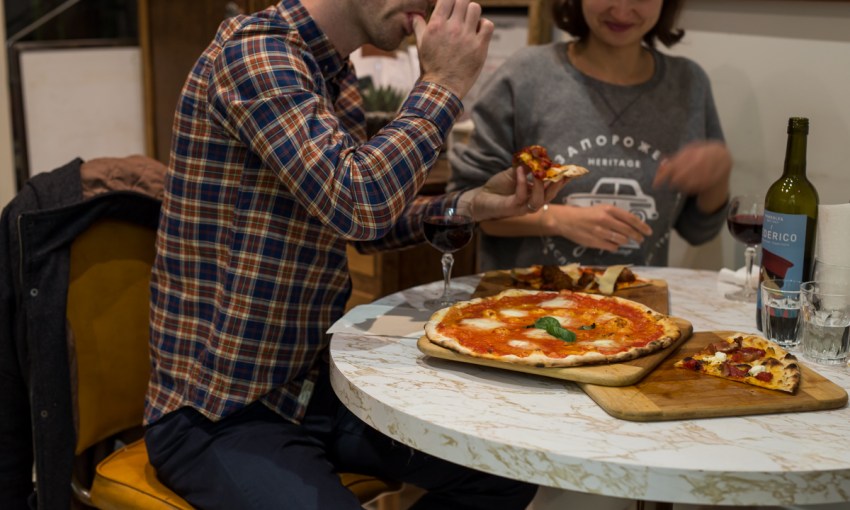 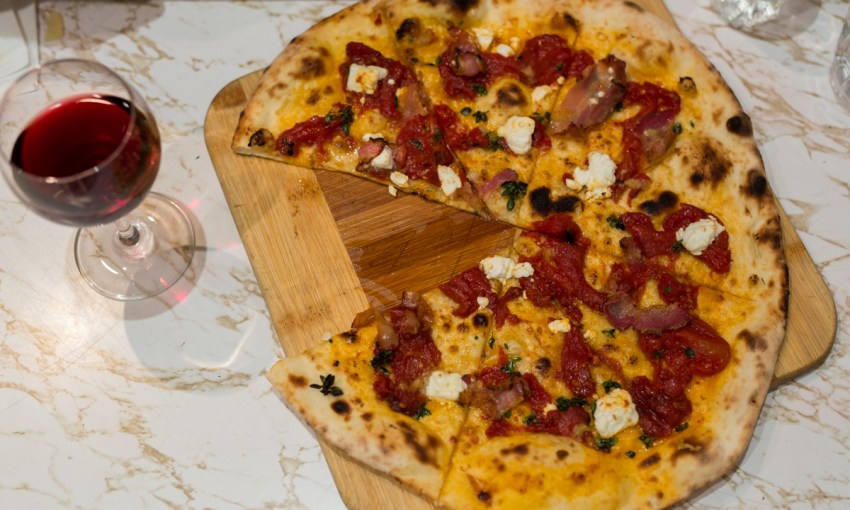 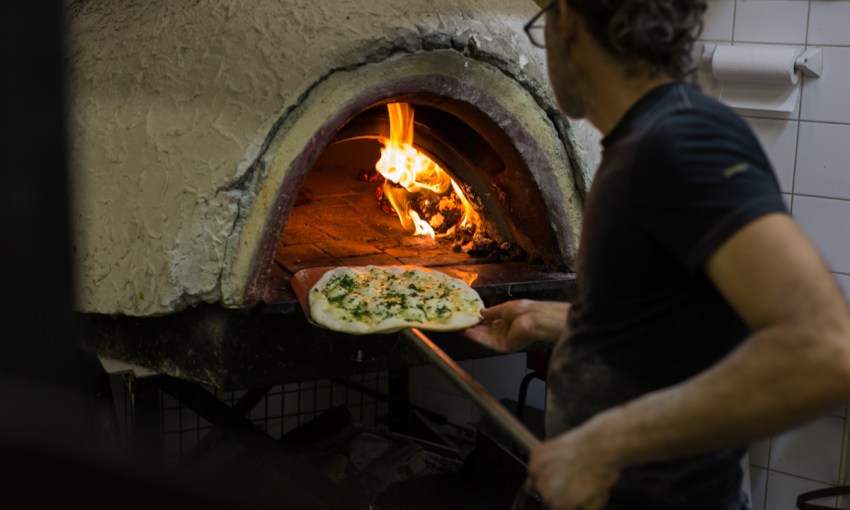 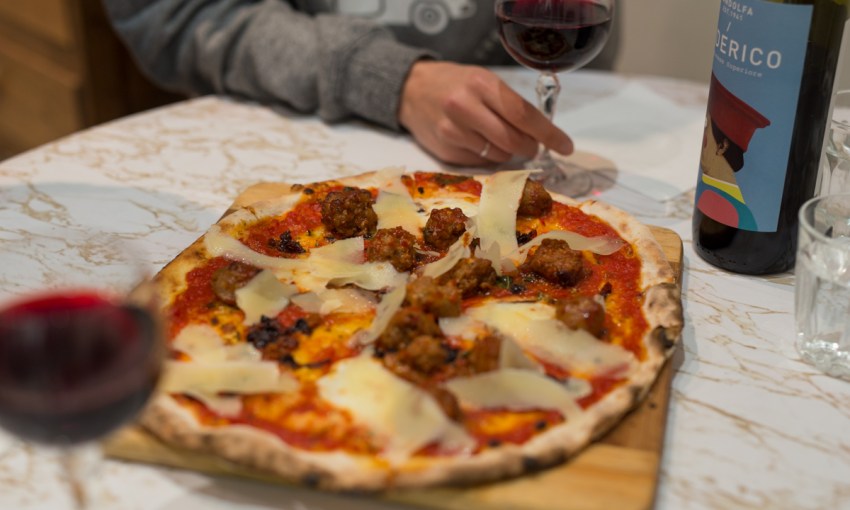 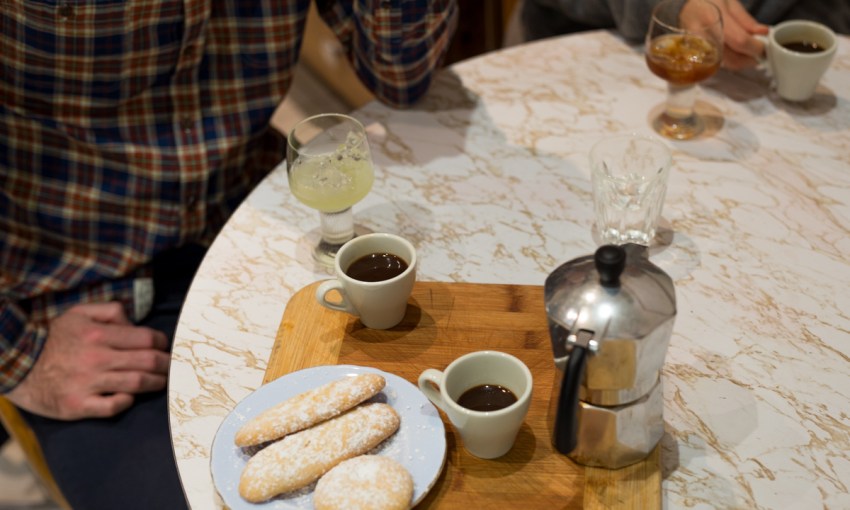 CityMag’s most under-rated series began as an antidote to Adelaide’s hyperbolic food scene.

Too often, we thought, restaurant hype is based around an opening date, not on substance.

Find Wood Oven Gourmet Pizza at Shop 6, 36 Hambledon Road, Campbelltown. Rita and Tony open only on Friday and Saturday nights, and bookings are a must. Bookings can be made by calling 0404 926 521 Thursday-Saturday.

If all we care about is the CBD’s shiniest new restaurant, we’re not promoting culture, we’re promoting property turnover, and food should absolutely always be about the former.

In Wood Oven Gourmet Pizza, we found the physical embodiment of this series’ purpose.

The shop sits on Hambledon Road in Campbelltown, which, once the sun goes down, is as dark and suburban as any street in the North-East. Two nights a week though, the small retail frontage in the overwhelmingly residential strip lights up and Tony and Rita Ruggiero get to work. 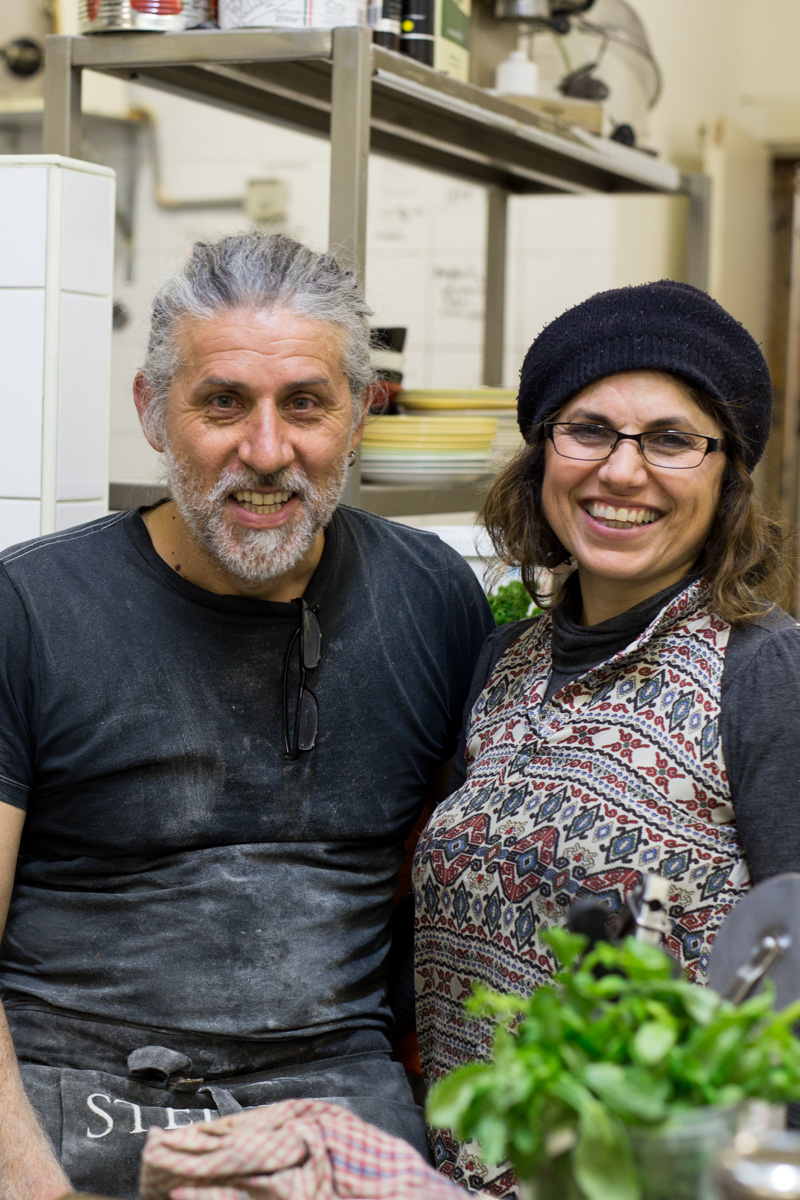 Laying out the operational facts of the restaurant, it could be argued that Wood Oven Gourmet Pizza courts hype; they open Friday and Saturday only, they do not do takeaway, you must have a reservation, and given that they can only seat 30 people at a time, you might not always get in.

But, these are not decisions made to foster a feeling of exclusivity. In fact, if you ask Tony and Rita, they were not decisions at all. They are simply the circumstances that enable the restaurant to operate the way they think it should.

The pair believe hospitality should be comfortable and it should be slow.

“We don’t do quick, quick, quick,” says the introductory sign in the front window. And with only two people running the whole store, Rita working front of house and Tony further back toiling with the wood oven, it’s as much a necessity as it is a philosophy.

“We don’t want to keep you waiting forever. I think the whole thing about us is I like to stagger the food out. It’s easier for me, so we entice people to share, the pizzas come out, by the time you’ve finished your first one, the next one should come out, there might be a bit of a break in between if you’ve had a few,” Tony says.

“A lot of people don’t mind waiting, this is part of the experience, and they know he’s a bit of a perfectionist,” Rita adds.

Tony is a hospitality lifer; he’s been in kitchens since he was 15, but for the last five years, Wood Oven Gourmet has been a pet project for him and Rita . It’s the place where he gets to prepare food he wants.

Our first pizza, a margherita, arrives at our table. Rita encourages us to dive straight in and we oblige. We enquire about cutlery, and Rita tells us where it can be found, but strongly suggests we use our hands and make the most of the napkins. We do as she suggests.

Watching Rita operate, she is like a conductor, delivering orders to the kitchen and signalling when one table or the other is looking like they’re ready for their next pizza. Meanwhile Tony is the orchestra – taking her cues, plucking at ingredients like strings and keeping beat with the flame behind him.

What’s delivered is flavour in concert, a thin, soft textured base upon which the considered medley of ingredients sits.

To the purists, Wood Oven Gourmet Pizza’s Facebook page states, there are only two worthy of being called pizza – the marinara and the margherita.

For Tony, almost all others are variations built on that base (pizza bianco being the exception). As we digest the three pizzas we were served, we can only agree with Rita that Tony is a perfectionist.

And so too is Rita, who won’t let us leave without considering a shot of limoncello, a coffee, and a shortbread made by her Mum. We agree to all three. Such is the power of great hospitality.

We leave incredibly thankful to our photographer friend who suggested this as Adelaide’s most under-rated pizza, and we text our friends to organise next week’s pizza date on Hambledon Road in Campbelltown.