And the one dish you must try before you die. 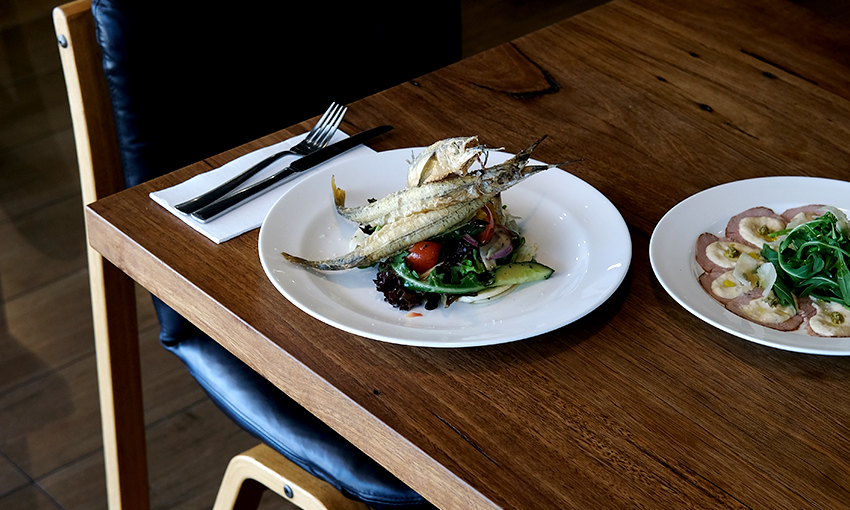 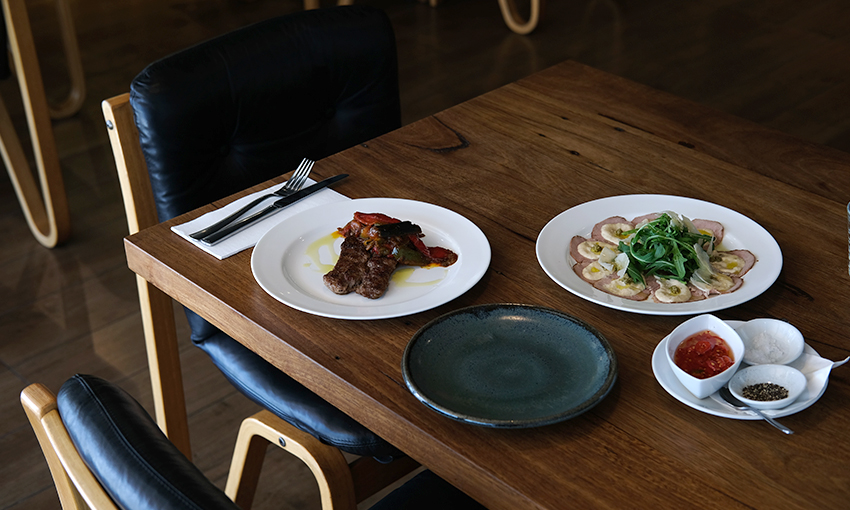 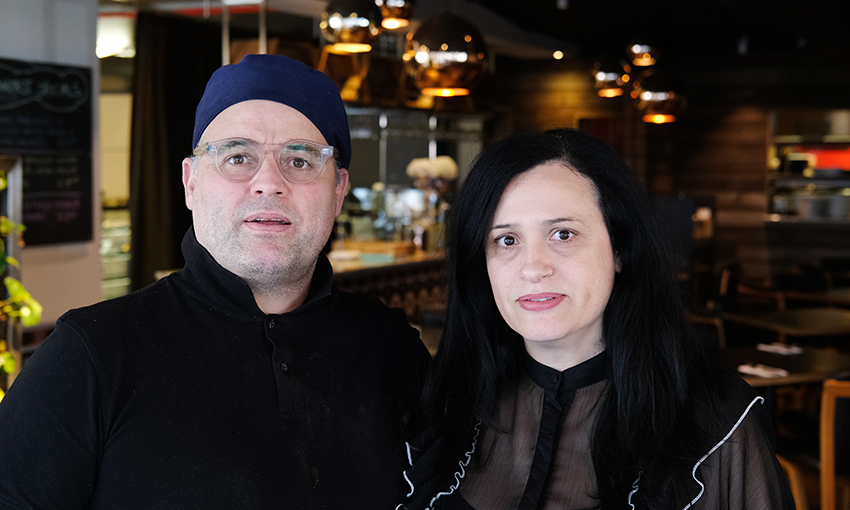 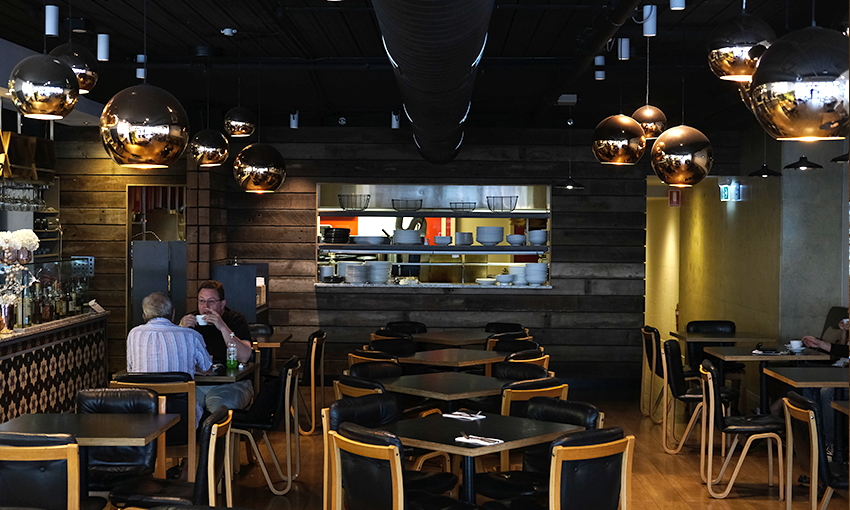 “There’s an Italian saying – ‘tell me where you’ve been and I’ll tell you where you’re going,’ says Marco Furlan – chef and owner of Gilles Street’s La La La restaurant.

True to his word (and to the old Italian proverb) the chef takes us on a journey through Adelaide’s food scene from past to present and into the future.

Over many weeks and a couple of meals, we’ve gotten to know Marco and his partner Olga who first contacted CityMag to spruik their new-ish restaurant on Gilles Street, La La La.

They’d taken up residence in the space formerly known as Bowery Italian Kitchen and Grocer and wanted to let Adelaide know that the founder of cult restaurant Café Salsa at West Beach had a new joint in the city. But the La La La story is so much more than an announcement – it’s a short history of nearly everything about Adelaide’s hospitality scene.

During our various coffee catch-ups and formal interviews Marco shared his story of growing up Italian in South Australia, about learning to cook at home and learn English at school and how, at the peak of his youth, he often went on cognac-drinking binges that would last days without sleep.

It was clear, very quickly, that Marco was a missing piece in our picture of Adelaide food culture.

“John McGrath – he was the main man for the Adelaide Review when it started – all the food and wine came out of John McGrath/Howard Twelftree’s keenness,” says Marco.

“Typewriter days, right? Fantastic! He’s passed away now. He used to always write up restaurants all the time. Good stuff because there weren’t that many restaurants around. He wrote a really nice paragraph about me – I didn’t even know but someone told me about it – it was very nice. He called me, ‘the waiter’s waiter’.”

The food critic was writing about Marco in his Rundle Street restaurant, Pagliaccio. Marco ran front-of-house with two very good chefs in the kitchen, whom he says used to get frustrated when he would turn up with menu ideas they had to reverse engineer from home cooking into a restaurant reality. It was a crazy time for Marco, and for South Australian food in general.

“Chong Liew had his restaurant on Hutt Street, Mona Lisa’s – which is now Chianti – it was pumping, Maggie Beer still had Pheasant Farm running in the Barossa Valley. Adelaide was quite the force in Australian hospitality – there was a lot of really talented people. But they all took off,” says Marco.

Marco describes a scene where he was eating a bowl of pasta out the front of his yet-to-open restaurant when editor of Vogue Entertaining and Travel – Sue Cunningham – walked past and caught a glimpse of Marco’s dish. “She goes, ‘oh my god, that’s amazing,’” Marco says, “so I got a write up before Pagliaccio had even opened, I got pretty lucky there. Outstanding. That was very funny.”

Now Marco is starting all over again. Some of his customers from Salsa’s at West Beach have managed to track him down. They are quickly re-establishing their rapport with the chef who will quite often cook off-menu and make up dishes on the spot to surprise and delight regulars.

“One guy used to work down the road at West Beach,” says Marco, “he’s the quintessential ‘how ya goin’ Australian but super dry and super funny, he’s a really cool guy. Him and his two sons are like 240kg. They’re big humans. Country boys. Shoulders like this. They eat a lot of food.

“He told me, ‘I’ve been gettin’ my boys to Google your name for two years and it just came up, I picked them up from school on Friday and I said, ‘get in the car, we’re going right now’. So I have a lot of loyal customers.”

There’s something that makes a customer live in hope for two years, and we taste it in what Marco puts on each of his plates: depth.

Marco cooks with garfish because that’s South Australia’s fish. Marco uses Italian parmesan because, of course you do, and that’s not something you need to put on your menu. Marco cooks in the space between a trade and a craft, between science and philosophy.

Describing the last dish he wants to eat before he dies, Marco talks about his peperonata – how it’s as simple as oil and capsicum in a big metal pan but also how the dish lives in a dance with fire and oil, scolding skins but not charing them. Even just listening to him talk about it is incredible.

“Everybody is made of water, everything is made of water. Except for carbon. The art of cooking something properly is capturing it – the moisture content – at the right time. Some things don’t like being steamed too long, you might just touch them. Like people who cook basil into sauce, it does my head in. Why? It’s gone! The perfume, the aroma.

“Unless… I throw the basil into hot oil so it fries, it’s in that flavour, it’s in that deep fried broccoli, you know that Thai food? Magnificent! Or fresh basil, magnificent. It’s like that, or like mint, you’ve gotta bruise it or it’s not going to release that flavour. The cells need to be smashed!”

One dish you must try before you die: peperonta with sausage (pictured in slide 01 above).

Just listening to Marco talk is part of the meal and many of his customers request his presence at the table – either prior or post eating – just so they can revel in his wholesale dedication to the culture of hospitality.

“No one wonders anymore,” says Marco, producing a counterpoint to information abundance in the Information Age.

“The word ‘wonder’ appears on toilet paper and bread: ‘Wonder White and Wonder Soft. No one wonders, no one imagines, they just look it up! No one would just sit there and think ‘I wonder if you put this with that and do all these really good compositions – what would happen’.”

It’s a tangent Marco likes to explore – technology – and how, “once the internet came out, everyone was a fuck off Italian chef all of a sudden.”

Talking and eating and… eating at La La La we can see his point and it makes us wonder: Why are we only discovering Marco Furlan now?