Is it illegal to bypass shallot pancakes on the menu? Maybe. All we know is it’s unadvisable. 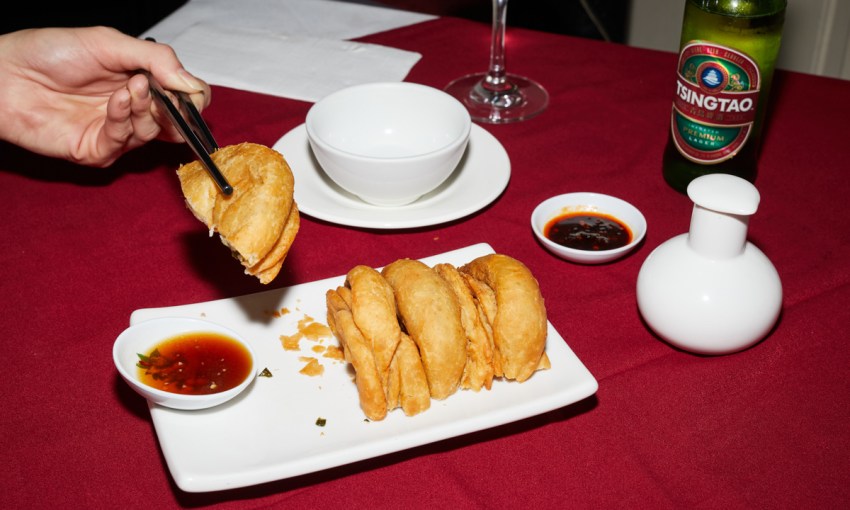 CityMag is promoting the entrée item to the star of the show to find the subtle and sometimes palpable differences in Adelaide’s offerings. 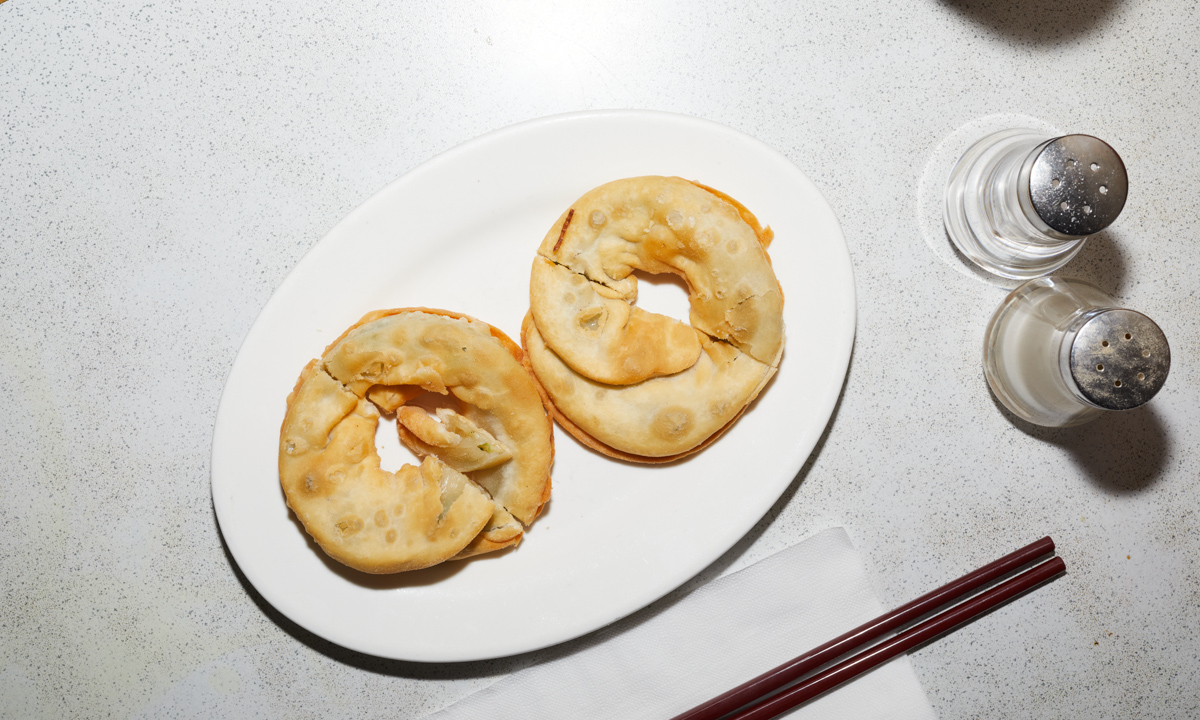 The dough shines in so many of CityMag’s other picks, but over at BBQ City, the dominant flavour is that shallot. The crispy shell is nice and all, but it’s really just a vehicle to get that green sweetness into your mouth. Just a little tap of soy sauce will do here – you don’t want to go ruining that flavour. There’s a bit of a gooeyness to the vegetable too. She’s a scorcher though, so blow before you bite! 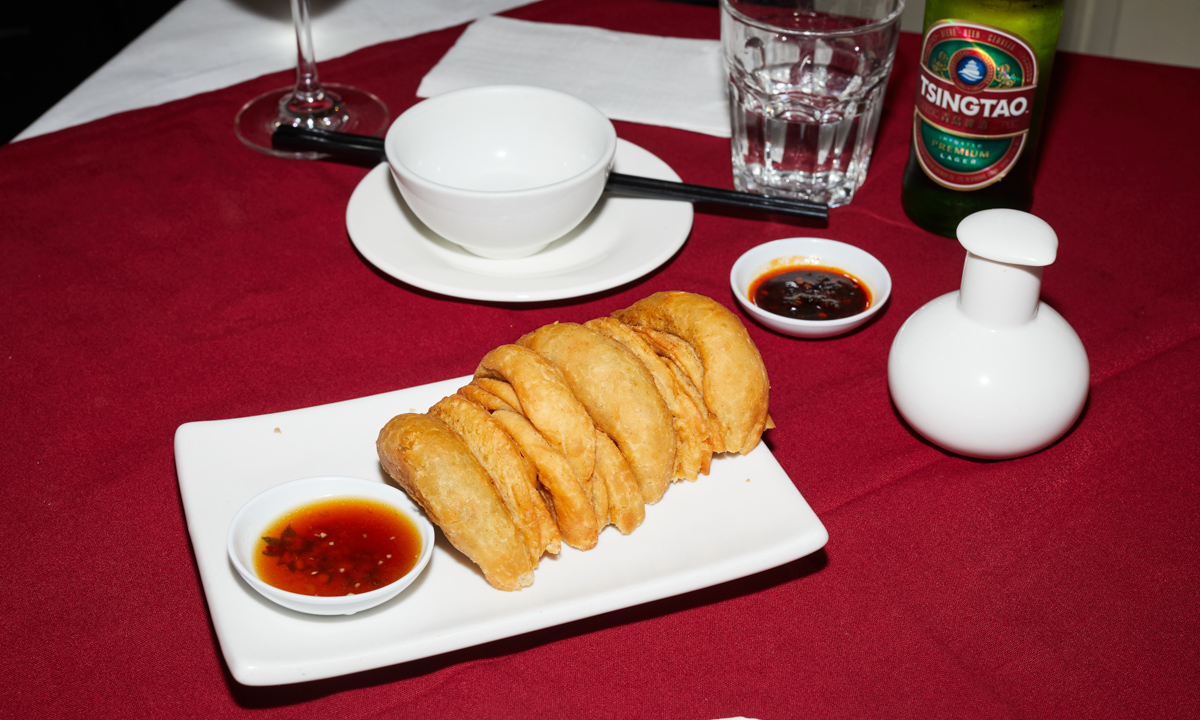 There’s a satisfying bulk to this ring-shaped entrée. But it’s all fluffy lightness with no oil to be found on the surface. The shallots are punchy and sweet, sitting in their little dough pillow. As your teeth glide right on through, they encounter a little obstacle right at the bottom – one layer that’s crisped to golden perfection. 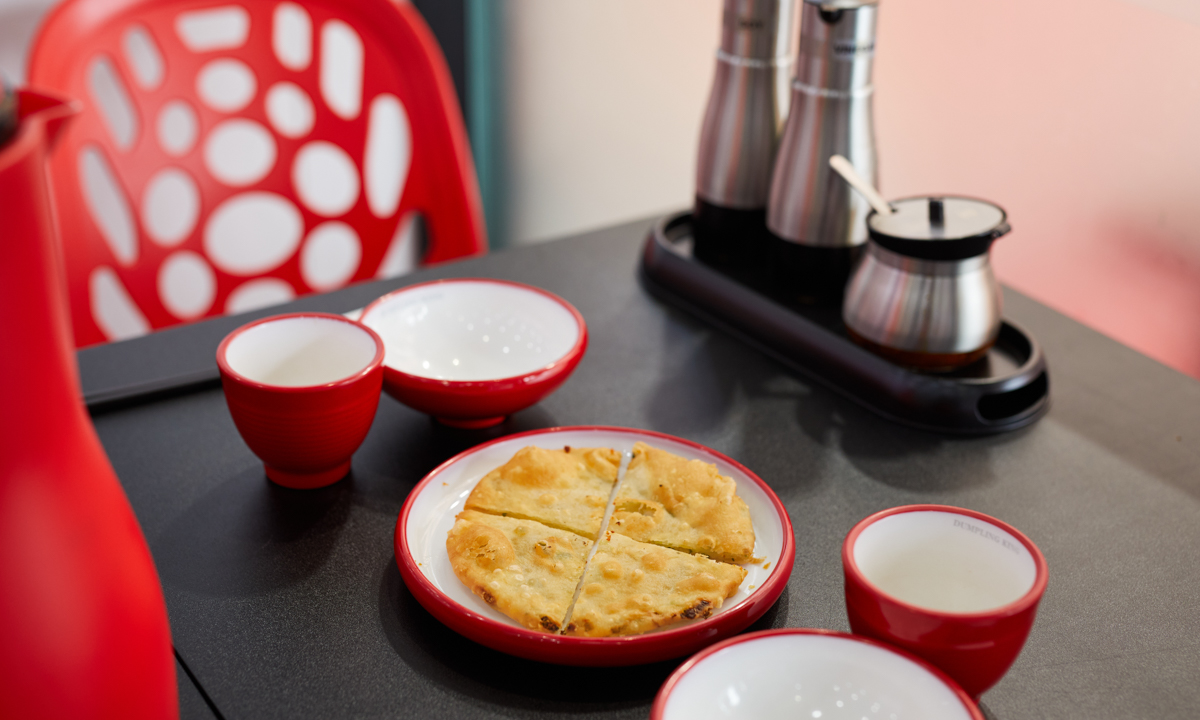 These pancakes are CityMag’s preferred thickness, that’s to say, they’re lacking in the bulk that causes a disconnect between shallot and pastry. With every bite, crispy flakes crumble into the bowl below and, delightfully, the zing of the onion shines through. There’s just enough pillowyness between the crunch and zing. 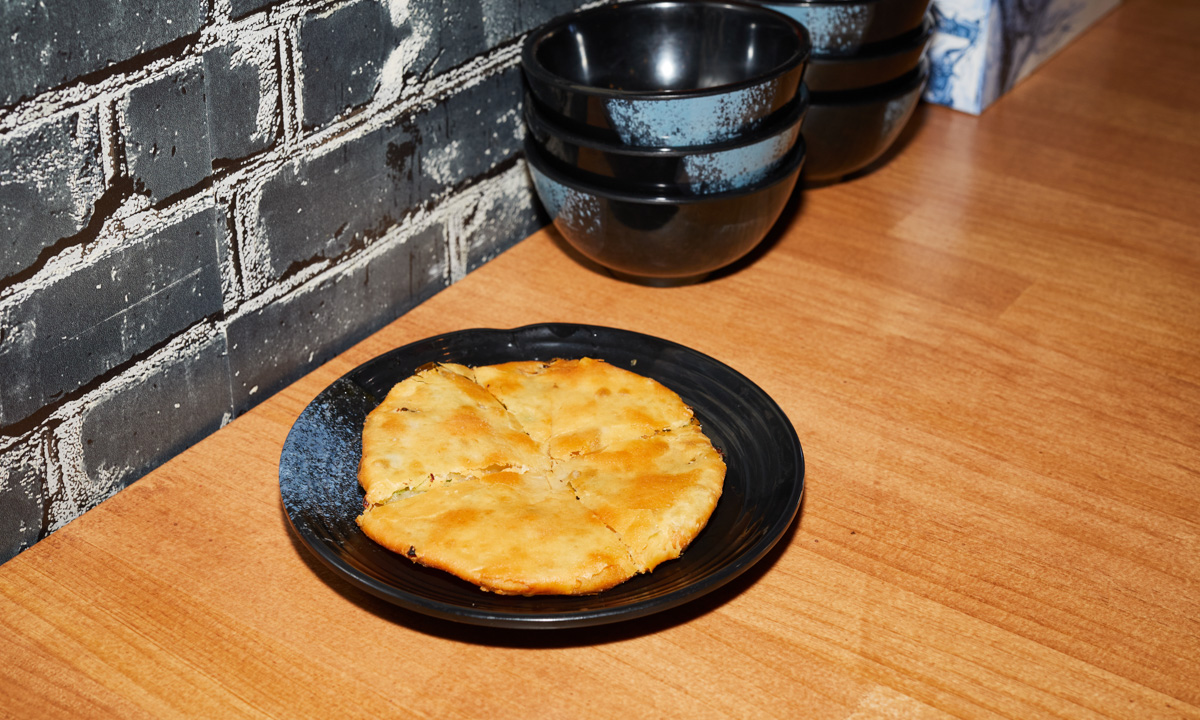 Noodle Canteen’s shallot pancake hits the table as a hefty disk. The flat circle is a real crème brûlée of a shallot pancake. That top layer absolutely cracks into shards upon first bite. It’s light on the shallot, but what’s there is delicately sweet. 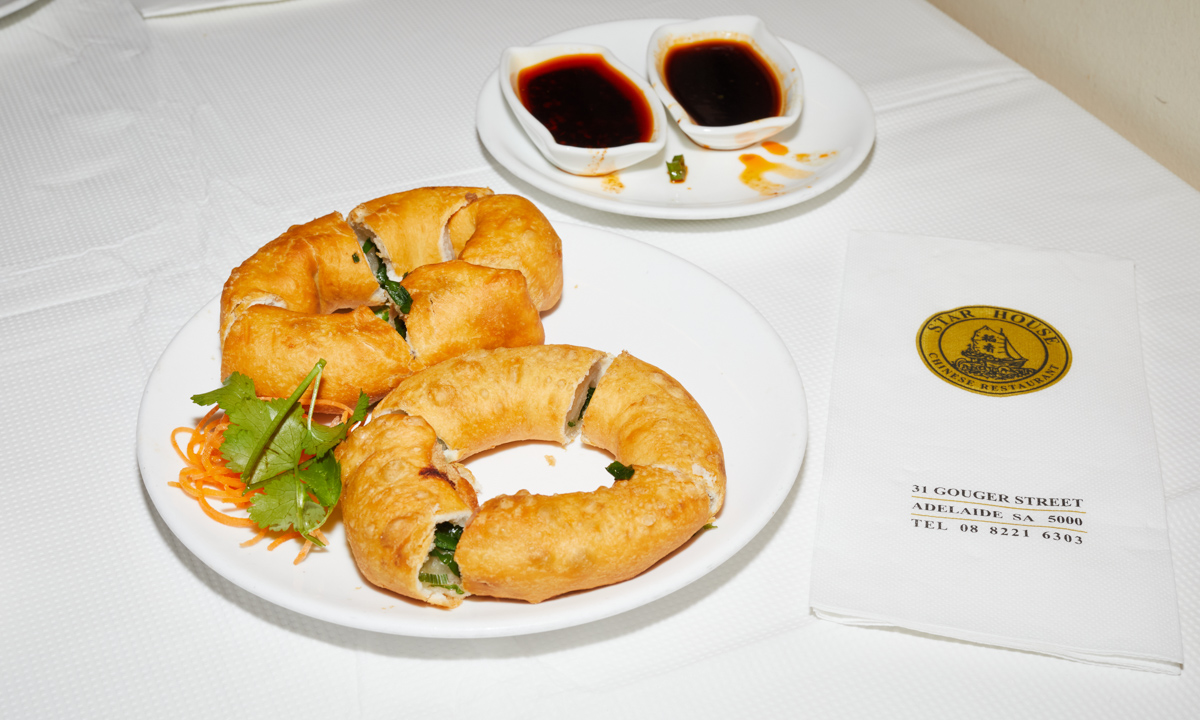 Maybe go easy on the mains if you’re ordering a Star House shallot pancake. This one’s not pillowy – it’s basically the entire mattress. Seriously, come hungry. A nice crispiness greets you, but it’s all dough from here on in. Playful ribbons of thinly sliced shallots run through the dough, and they taste so good it’s worth ploughing on, bite after bite. 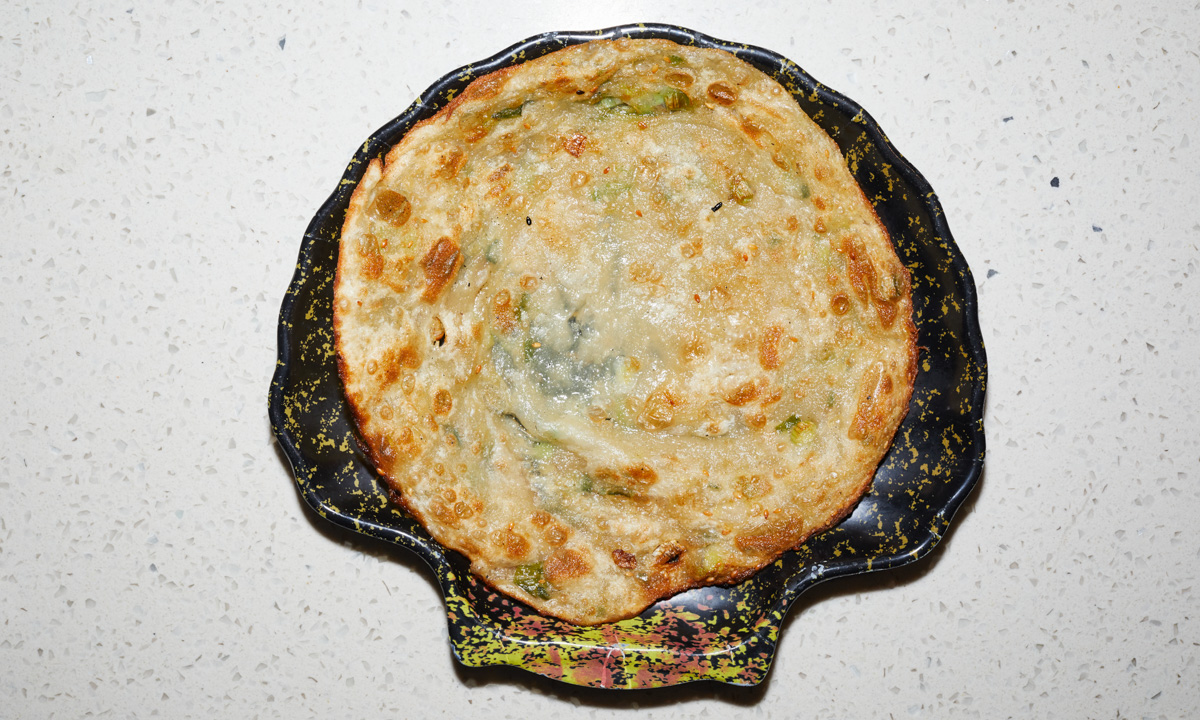 Meet the shallot pancake’s best friend – the shallot crepe. It’s paper thin, drenched in oil and is polka-dotted with vibrant green scallions. This dish helpfully comes with a knife and fork, which you need to bypass all that so-bad-it’s-good oil, or just roll that bad boy up cigar-style and slurp up the juices. The smoky flavours are out of this world and the outer ring is ever so slightly charred. 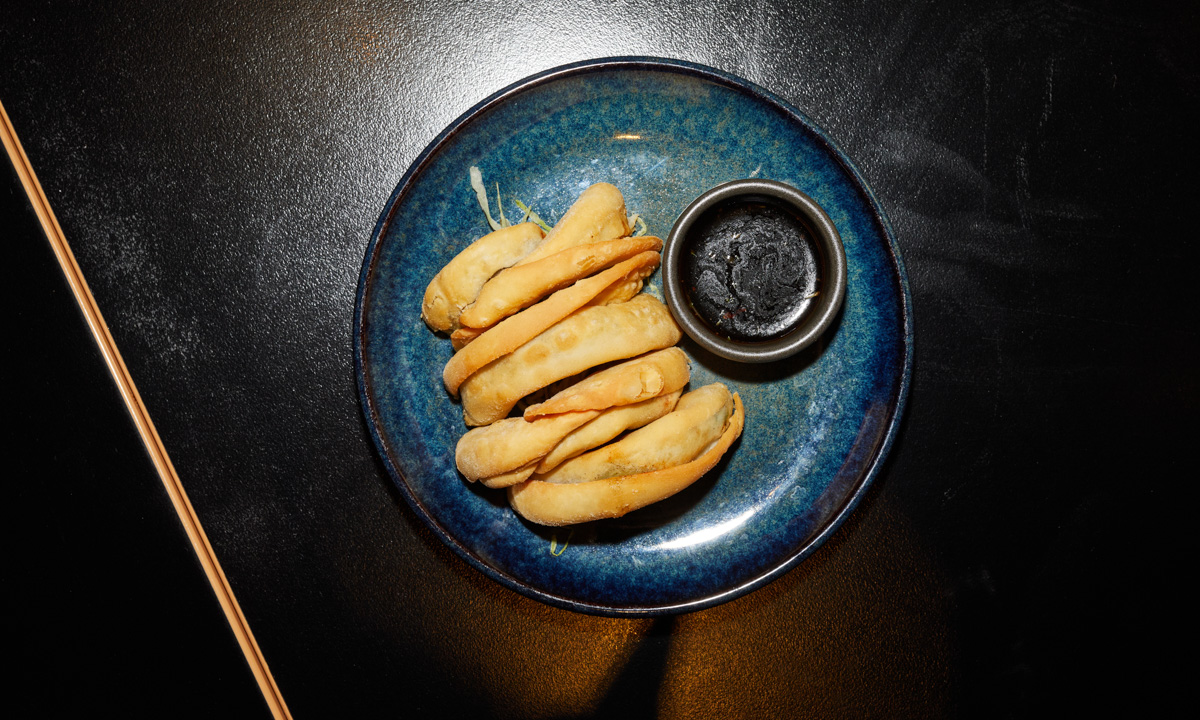 Dry isn’t usually the way you want your food described, but Wah Hing’s offering has a dryness to it in the best possible way. Think shortbread texture with the taste of heavenly pastry, subtle shallots and a zing of seasoning. You’re going to want to lean right over the plate for this one so you’re not spilling the thick flakes everywhere. We ordered this with the delightful sweet corn and lobster soup – the perfect offset for a drowned-in-soy-sauce pancake. Don’t expect a huge hit of shallots here though; that crumbly dough is the star of the show. 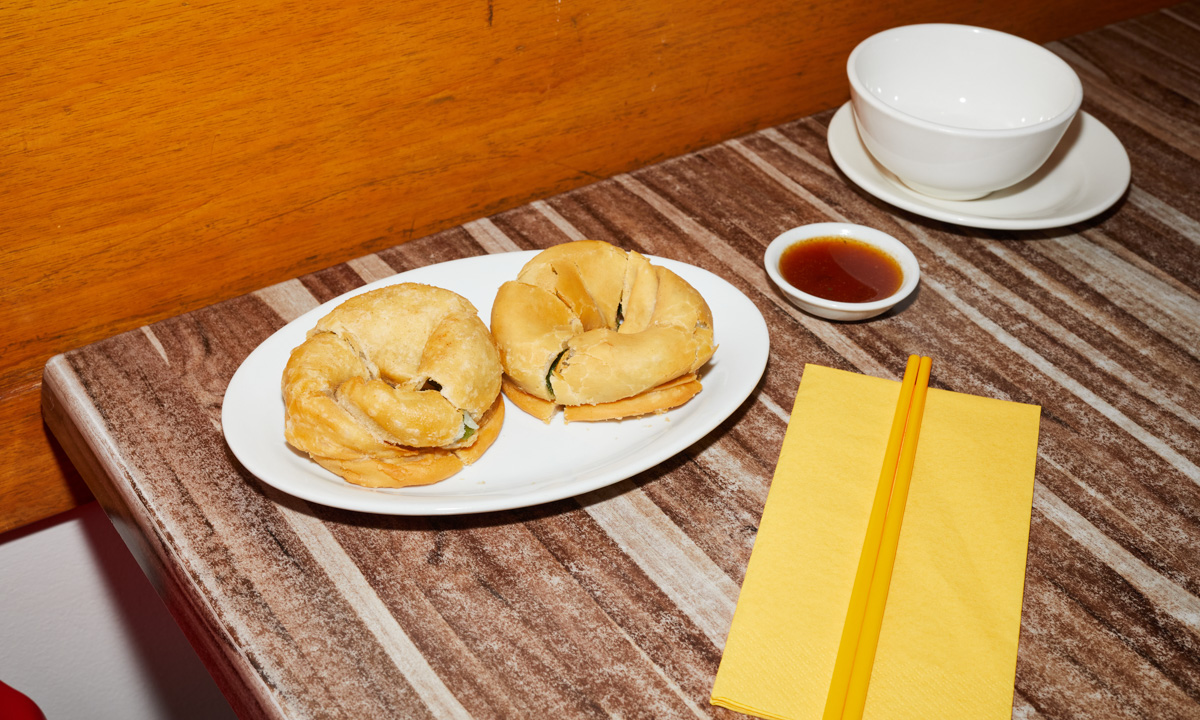 Resembling shallot donuts more than shallot pancakes, two perfect ‘o’ shapes hit the table in a golden hue. There’s a very satisfying crunch on the teeth that morphs into a soft, pillowy dough, and finally, the melting texture of the shallots themselves. The texture was perfection and just the right amount of oil remained on the surface. Dip generously in the soy sauce served on the side and you’ve got yourself the perfect balance of flavours.