In its fifth year, Adelaide Beer & BBQ Festival is going large with a bigger roster of brewers, more collaboration beers, a 'more diverse' barbecue lineup, and the inaugural Beer & BBQ Battle of the Bands.

Beer & BBQ is back in 2019 for its fifth year running, and the festival is in no short supply of booze, barbecue, bands and banter, with an enormous lineup scheduled in every category for its 12-14 July happening.

While the full brewer lineup will be announced in May, Beer & BBQ co-founder Gareth Lewis promises it will be bigger than last year, and the festival will again expanding its footprint at the Adelaide Showgrounds to accommodate.

There’s a lot that has been announced – from this year’s Transcontinental Collaboration series, the festival’s own Pirate Life fifth-birthday collaboration beer, the inaugural Beer & BBQ Battle of the Bands, and the “more diverse” barbecue spread – so we’ve rounded up the details below.

Tickets for all sessions are available now, and you can see more about the festival here. And Sunday ‘s session will again be dog- and child-friendly, so settle in amongst the barrel fires for a seedy Sunday with the family.

The Transcontinental Collaboration Series is back.

The festival will tour the Canucks through six Australian breweries in six separate states over 12 days, brewing an IPA in two days at each stop. 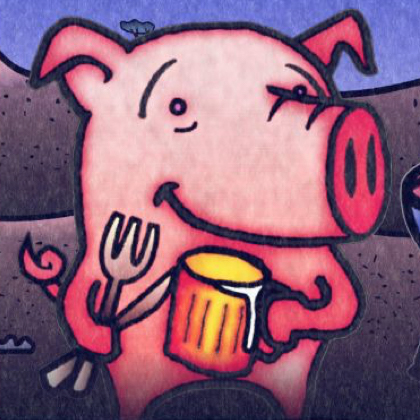 The festival will also be celebrating its fifth birthday with a special collaboration beer with Pirate Life – the Hoppy Amber Ale.

The collaboration was an easy sell to Pirate Life co-founder Michael Cameron.

“Without a doubt BBF is the best Beer, Music and BBQ Festival in Australia. Having been involved since its inception it was a definite yes when the boys asked us to do a beer collab with them,” he says.

The beer will be available across the country, with 20,000 cans making their way into Dan Murphy’s stores and independent bottle shops nationally, and it will also pop up in taps at select specialty beer venues throughout Adelaide.

More details on the beer lineup will be released in May, but it will be bigger: up from 80-ish last year to around 100 this year.

Just like in previous years, Beer & BBQ 2019 will host the largest collection of brewers of any beer festival in the country, Gareth says.

The barbecue lineup this year is promised to be more diverse – meaning more styles of barbecue from a wider array of barbecue cultures, and plenty of options for vegans and vegetarians.

There will also be a bunch of Beer & BBQ first-timers cooking at the festival this year, including Melbourne crew Burn City Smokers, Sneaky Pickle (AKA one of the world’s best food trucks), Footscray burger aficionados 8 Bit, and West End haunt Bread & Bone, who will be taking part in an SA-versus-Vic burger battle.

Head chef of Sugo in Newcastle, Mal Meiers, will also bring a “forward-thinking” food stall to the festival, based off of his Food For Thought dinner series and not-for-profit, which was created to encourage discussion around mental health in the hospitality industry.

The chef has partnered with Tasting Australia’s director Simon Bryant and will welcome in a roster of guest chefs to cook a rotating menu, with all profits going to the Food For Thought cause.

Mal and Simon will also host panel discussions on the topic with guest chefs throughout the festival, as part of Beer & BBQ’s workshop series.

“I am so proud to deliver this kind of concept into our program,” Gareth says.

“Yes, BBF is a massive party but we all know what happens when the party ends. We think what Mal does is absolutely crucial and we can’t wait to host him and create some conversation.”

There are more food announcements to come, so stay tuned for the full Food Truck Alley lineup.

Throughout Beer & BBQ’s five-year history, the festival has worked with Music SA to scout local acts to open the Saturday night session, but music curator Aaron Sandow is taking it one step further this year, announcing the inaugural Beer & BBQ Battle of the Bands.

Throughout June, the battle will begin with preliminary battles occurring at four separate breweries – Big Shed in the west (Sunday, 9 June), Little Bang in the east (Saturday, 15 June), South Coast Brewing in the south (Saturday, 22 June), and Sweet Amber in the north (Saturday, 29 June) – with each of the winners battling it out at a final battle on the Beer & BBQ stage on Friday, 12 July.

Each band will get a 15 minute set at the festival, with winning band taking home $1000, “a stack of free beer” and a spot at a future Beer & BBQ-presented gig.

“Just like the fresh, small producers who exhibit in the beer and food side of the event, The Battle of the Bands component is our way of supporting and giving representation to young bands and music producers in the Adelaide metro and regional scenes,” Aaron says.

And it’s not just beer – the festival also highlights some of the country’s best cider, wine, bourbon, and even alcoholic kombucha.

Stay tuned to CityMag and Beer & BBQ’s socials for updates.