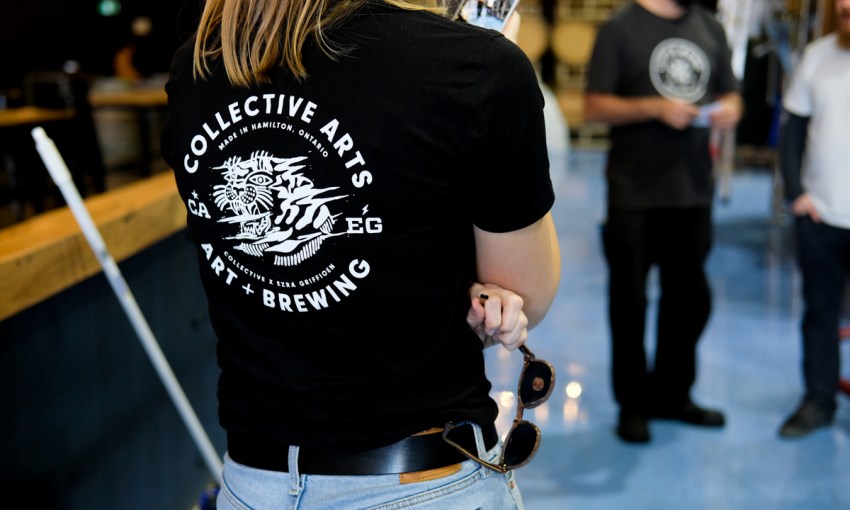 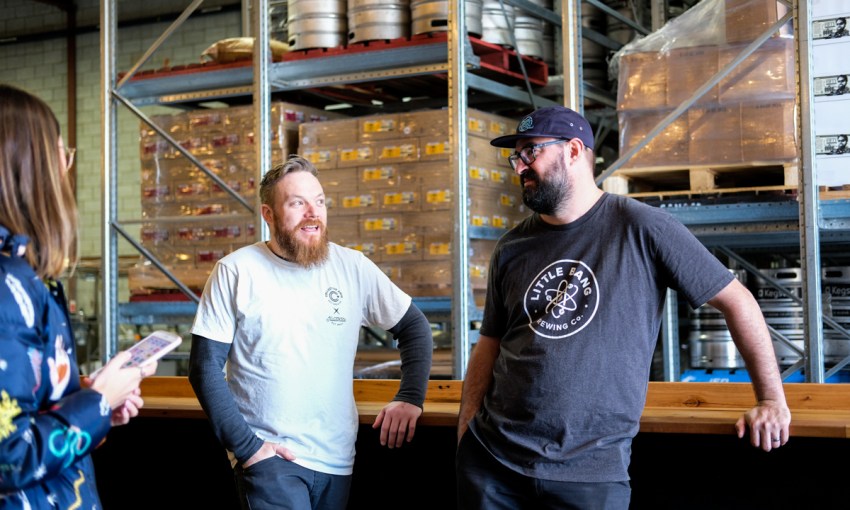 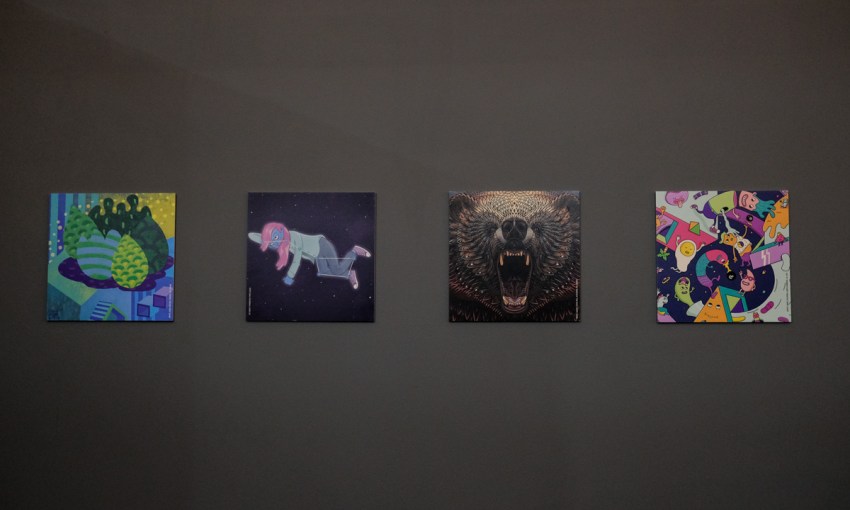 The Canucks spent two days at each location, starting at Ballistic Beer Co in Brisbane, then through to Young Henrys in Sydney, BentSpoke in Canberra, Moo Brew in Tasmania, Moon Dog in Melbourne, and finishing up in Adelaide at Little Bang Brewing.

The brief was to create an IPA over two days at each stop and commission accompanying label artwork.

“A big part of our business is collaborations, primarily because of our connection to the art community,” Alyssa says.

“One thing we wanted to do with this collaboration was bring a consistent theme to all of the collabs, our winter Australian road trip, and have each brewery find a different artist to work with.”

Unlike last year, the Beer & BBQ team restricted the Transcontinental Collaborations to one style – IPA – so festivalgoers can try all six and draw comparisons between each of them. 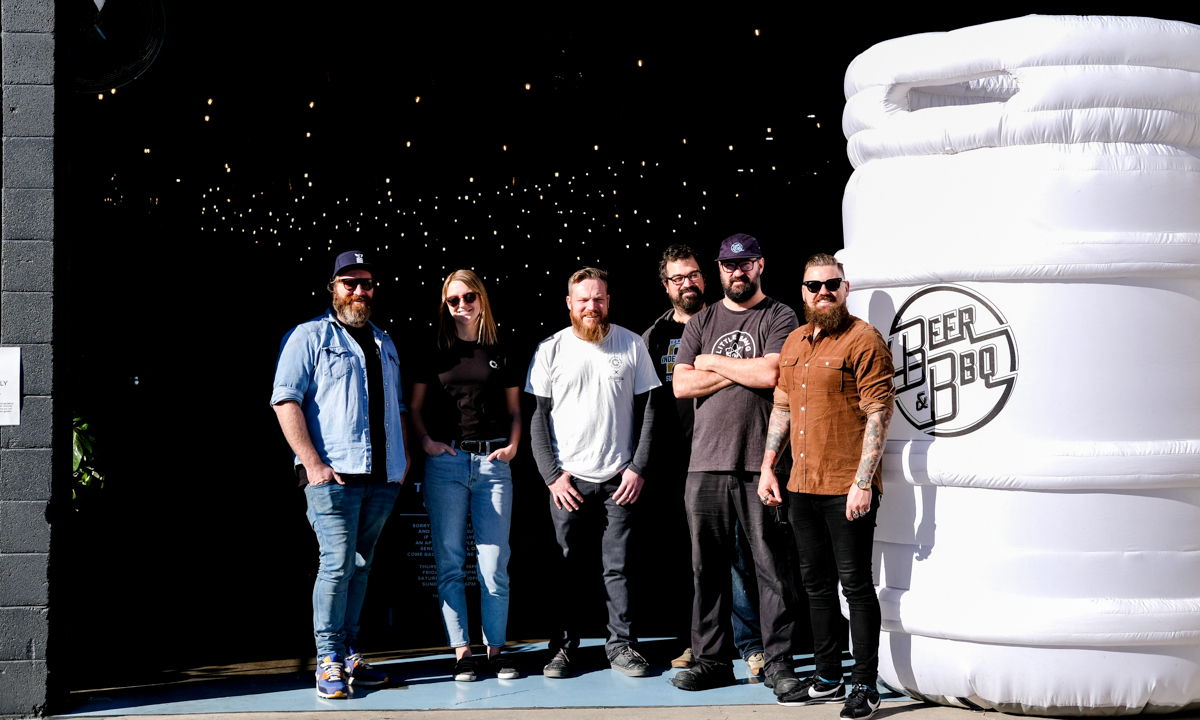 CityMag meets with Collective Arts and Little Bang half an hour after brewing has commenced. We haven’t missed much, Little Bang’s head brewer Filip Kemp assures us.

“You missed the valve turning. That was it! That was the collaborative part,” he grins. 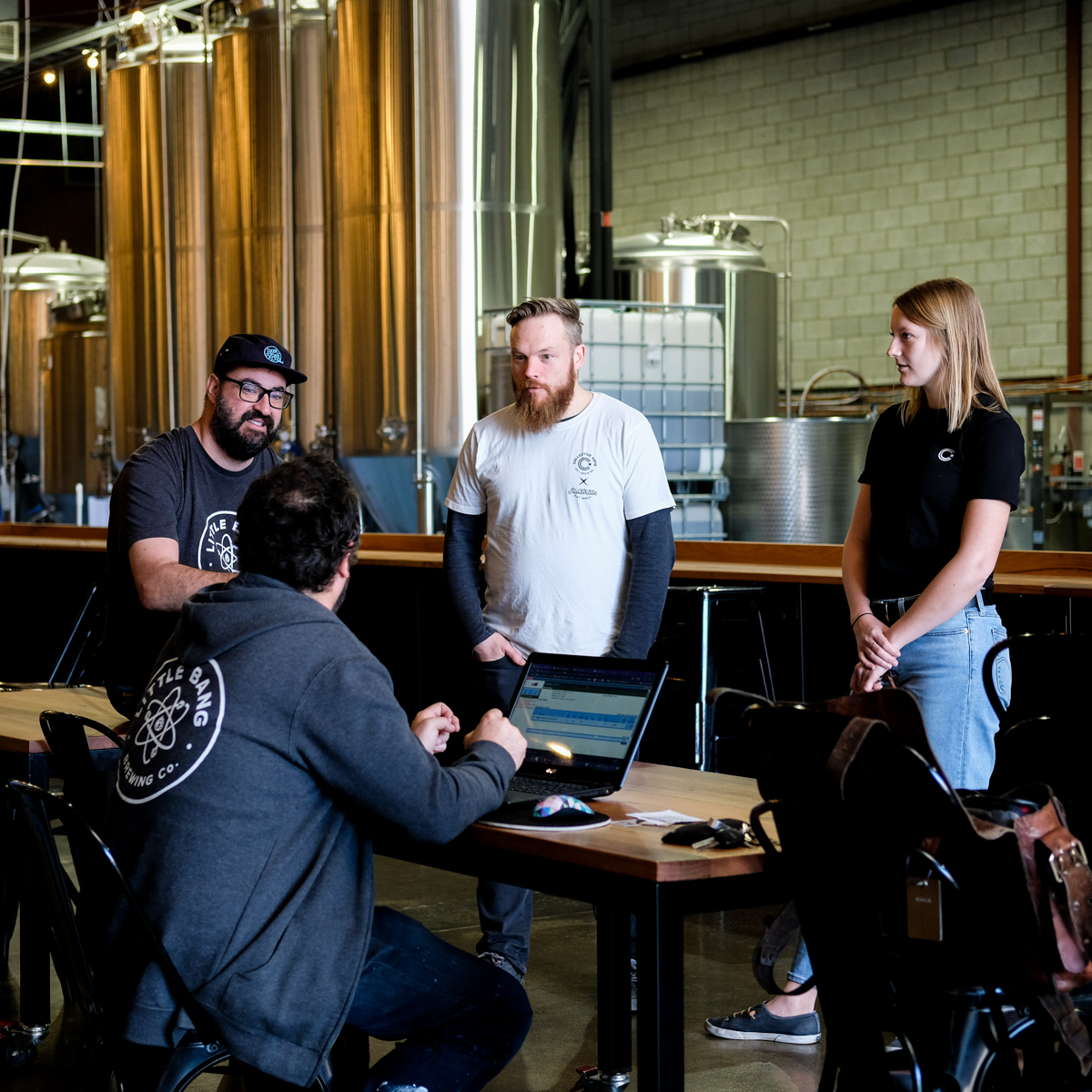 The two teams trade stories of their respective expansions, both in terms of production – Little Bang now settled in Stepney, and Collective Arts in the process of building a new brewery in Brooklyn – and into new markets.

Little Bang’s contribution will be a “dry, not sweet” IPA, “not like most Australian IPAs,” Fil says.

All the Transcontinental Collaboration beers will debut at Beer & BBQ Festival, happening 12-14 July, with each brewery then releasing their beer through their own networks. This will also include a can release (with the exception of BentSpoke).

See a full list of the collaboration beers below, plus what else the breweries will be bringing to Adelaide Beer & BBQ Festival 2019. 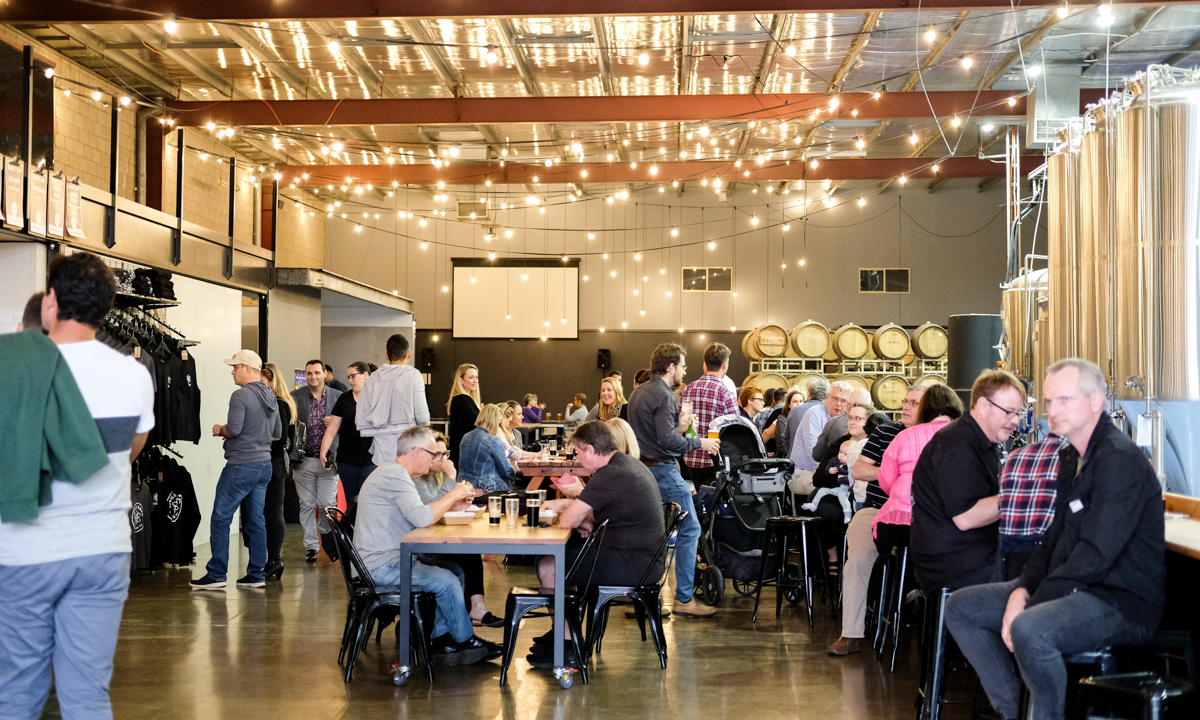 “The Beer & BBQ guys called us about it, and Collective Arts just so happened to be one of our favourite international breweries. It’s one of those “holy shit I think we’ve actually made it” moments. We don’t get many of them, but damn they’re good moments,” Little Bang’s Ryan Davidson says.

“They’re Canadian, so it was comically pleasant and convivial 100% of the time. They couldn’t be any more pleasant, it’s just not possible.” 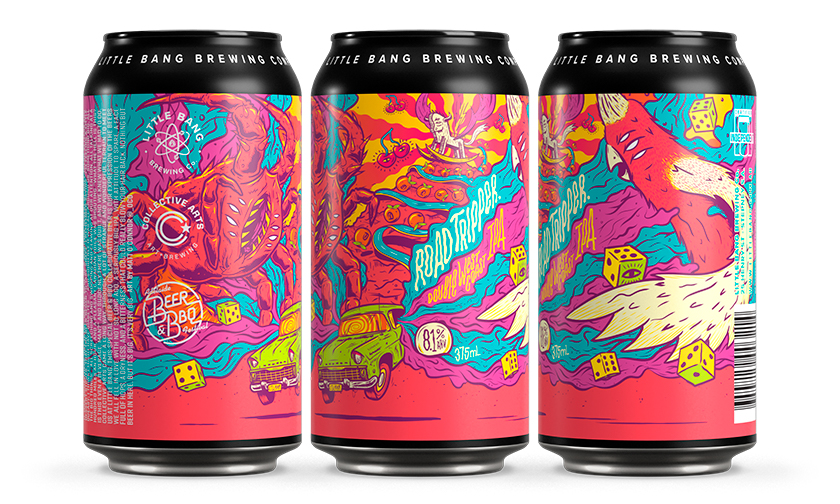 “We had dinner together and chatted a lot about the craft beer scene in our home countries and where things are going. We all find ourselves feeling whimsical and nostalgic about the monstrous, bitter West Coast IPAs we all fell in love with early on in our personal craft beer awakenings. It was beautiful, a celebration of our shared history from across the world. And really goddamn bitter!

“Collective Arts has THE BEST label art in the world. They pump out so much amazing art it was a very intimidating task to take on. Matt did it though, and I’m incredibly proud of what we’ve done together here.”

“All of them,” Ryan says. “I’m expecting we’ll have 15 beers pouring at the festival this year. Maybe more.” 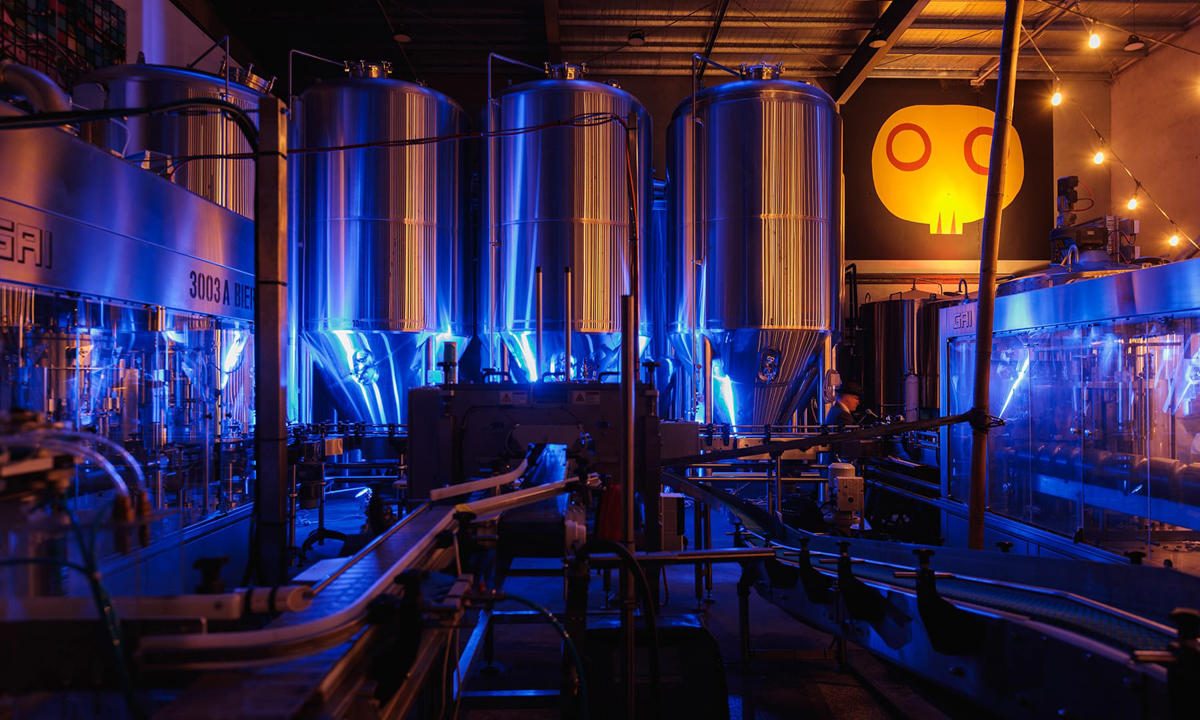 “When we were asked to participate in a collaboration for the Adelaide Beer and BBQ with Canadian brewers we’d heard lots about, we were naturally keen to be involved,” says Emma Lenck from Moo Brew.

“It’s great to team up with international breweries and share knowledge on ingredients and brewing technique.”

“We chose to brew a Single Hop IPA using a new local experimental hop from the Bushy Park hop farm, which is just 30 minutes from our brewery,” Emma says.

“Hop Products Australia (HPA) is based in Southern Tasmania, and they’re always looking to develop new and exciting hop varieties. We got our hands on some HPA033, which is a new variety of hop in its pre-commercial phase, currently unnamed.

“We’ve been working with HPA to see how the flavour goes using different brewing techniques, which is a process the hop company goes through in determining if the hop is to be made available to the wider brewing community. We thought this would also be fun to play with when the guys from Collective Arts were in town, as they wouldn’t get too many opportunities to work with new experimental Tasmanian hops like this.

“His work is provocative and will continually keep you on your toes. At times it can be pretty raw and wild, often reflective of this rugged island we live on with a barbaric past.

“This is also true for the beer, which is using a mysterious and rare hop with some international influence over the brew.

“We’ve given Tom free rein to come up with his own interpretation of the essence of Tasmania which we’ve tried to capture in this beer. I guess we’ll see what he comes back with.”

“We’re also bringing our Czech-style Pilsner, Pale Ale and Dark Ale with us. A couple of award-winning beers from our core range that we’re proud to share with the people of Adelaide,” Emma says.

“The Moo Brew Pilsner was awarded the trophy for best Pilsner at the Australian International Beer Awards in 2018.” 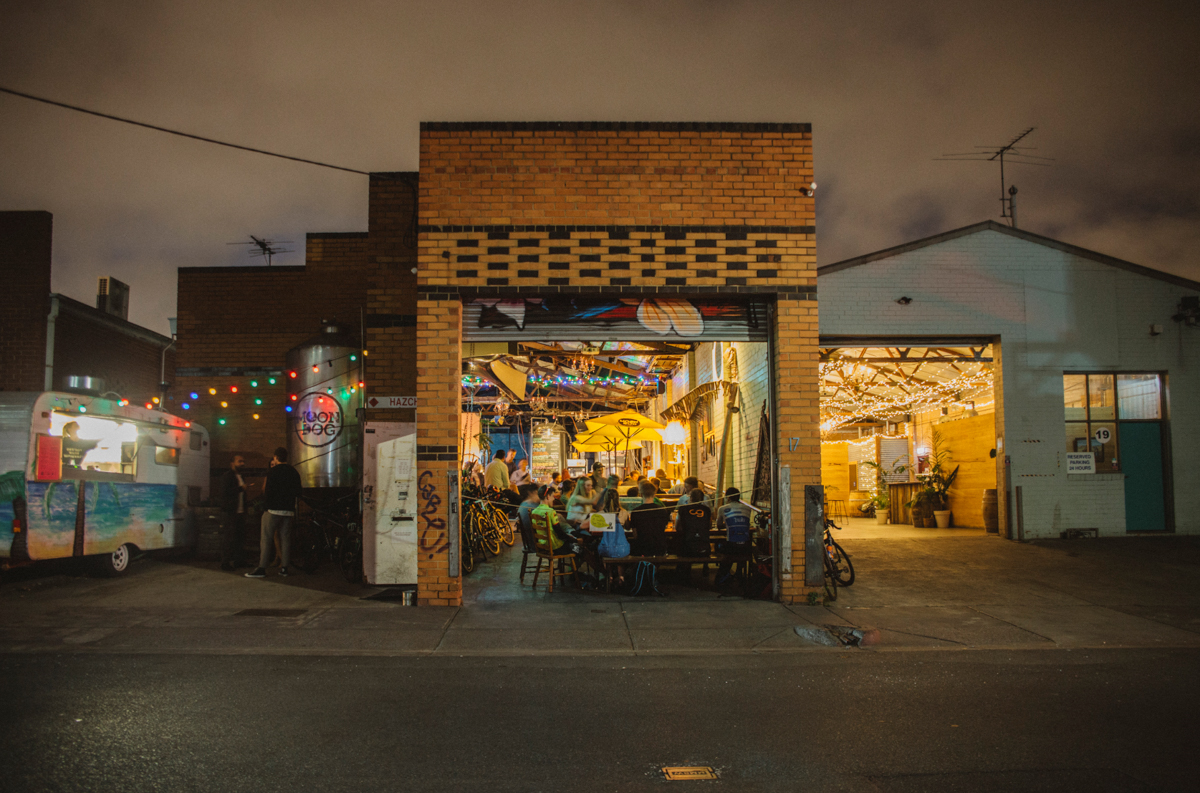 “We have a long relationship with Collective Arts and are lucky to call them good mates,” Moon Dog’s exports sales manager, Dave Langlands says.

“This is actually our second collab with Collective Arts. We did a bourbon barrel aged black truffle imperial stout with them last year.

“Adelaide Beer and BBQ Fest is one of our favourite beer festivals of the year so taking part in this collaboration series was an absolute no brainer.”

“The beer we have made is a Strawberry Gum NEIPA called Olida Bitta Haze, Eh?” Dave says.

“It uses the leaves of the Eucalyptus Olida tree (Strawberry Gum) to flavour the beer, giving it a distinct fruity berry flavour which melds with the apricot, citrus and papaya notes from the Idaho 7 hops we used.

“We decided to use strawberry gum as a bit of a nod to the traditional North American practice of using spruce tips to flavour beer. We have a lot more gum trees down here than spruce pines so why not?”

“We worked with our in-house designer Loren Tanis who has been designing Moon Dog labels since day one,” Dave says.

“This particular label is a bit of a departure from our regular quirky collage type of art and takes a more illustrative botanical direction. It depicts the leaves of the strawberry gum in a really nice way.

“We love how Collective Arts labels use the can as a canvas and we took a lot of inspiration from this to create this design.”

“We will have our brand new Apple crumble dessert sour hitting the taps, which will be one of the first places to taste it,” Dave says.

“There will also be some hot mulled gin fizz cocktail ale on offer to warm everyone up, plus we have a few other surprises up our sleeves that everyone is going to have to wait until the festival to find out.” 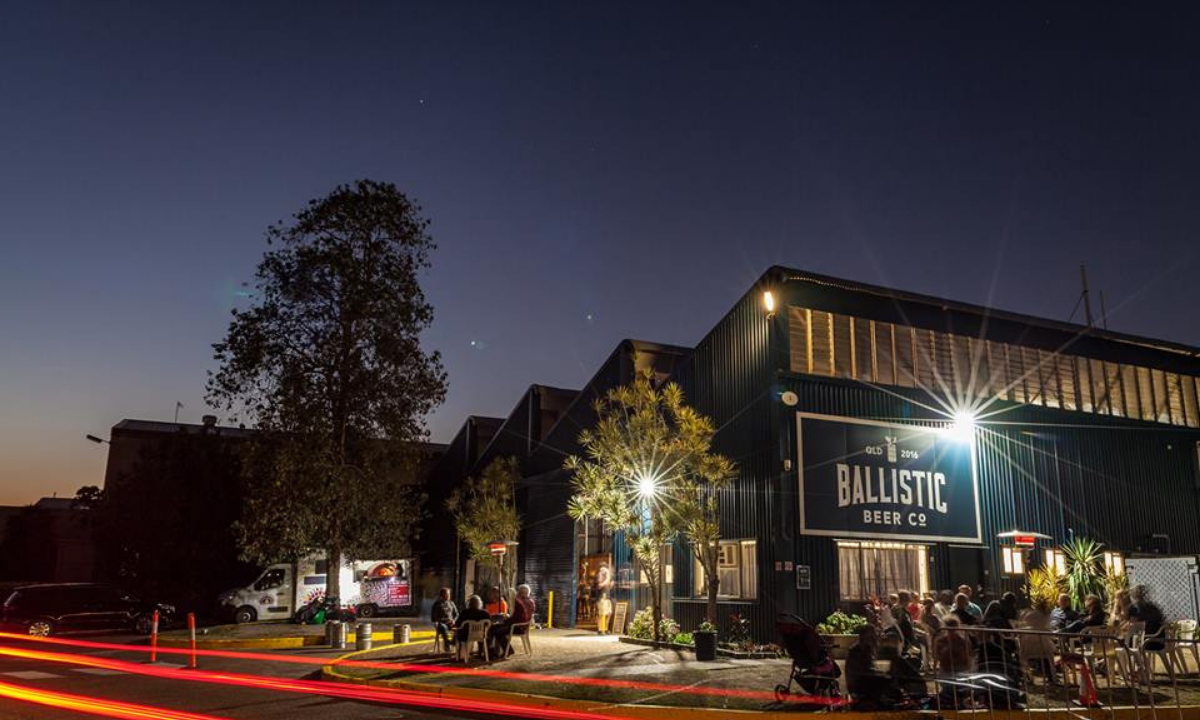 “Every time I get to design a recipe and brew a beer with another brewer, I always learn something and get so see brewing from another perspective.

“They were fantastic, incredibly knowledgeable but still down to earth and easy going. Ryan is wealth of experience, so to have him around the brewery and to taste my beers was fantastic.” 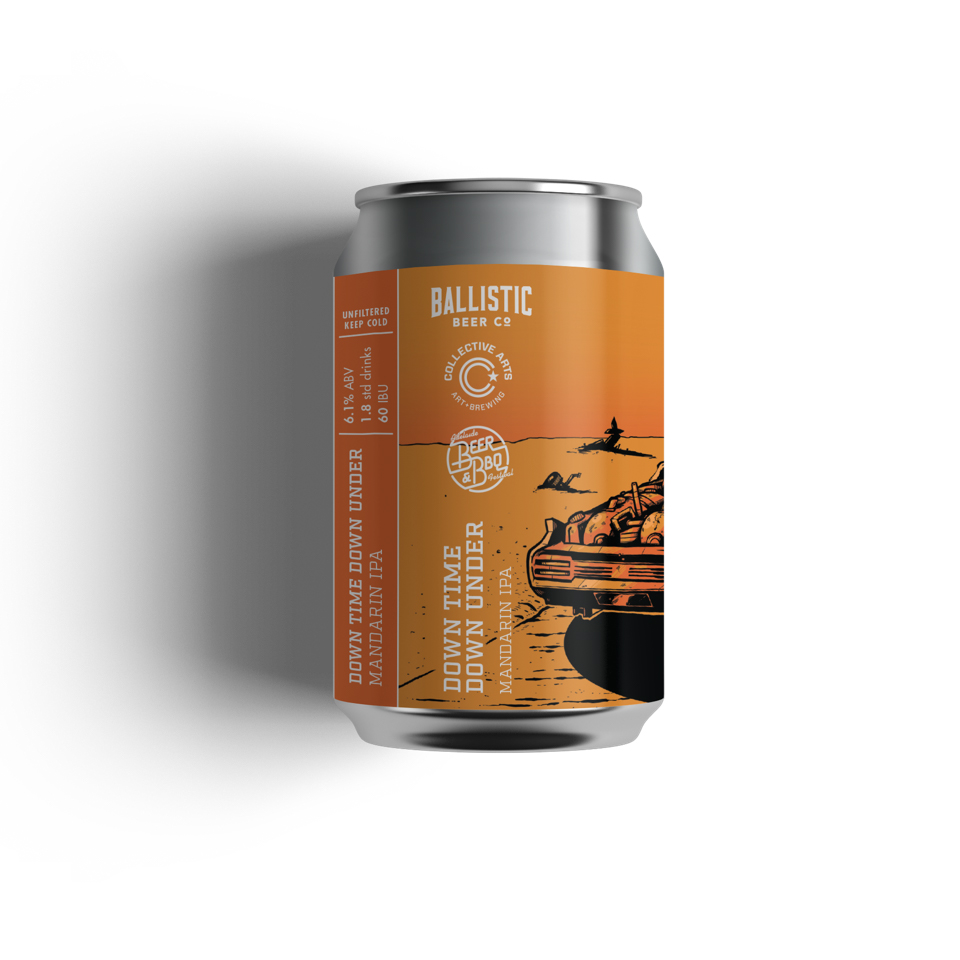 “We made a Mandarin IPA. The mandate was to brew an IPA and we both have a shared love of West Coast style IPA, plus citrus is such a great addition to the style,” Lachy says.

“We used 200kg of fresh Mandarin Puree in the ferment for a citrus blast. It’s bitter and dry yet balanced and drinkable.”

“The artist we worked with was an illustrator from Sydney called Dan Startup,” Lachy says.

“Being a ‘Road Trip’ themed series, we used this as inspiration for the label. The character on the label that is having a break from the road trip reflects the tough yet classy vibe of the beer.

“We will be serving a brand-new IPA from out Sleep When You’re Dead range that has an eight-week Dead By Date,” Lachy says.

“After eight weeks from packaging date we pull it from sale, so you can be sure that every time you drink one it will be uber fresh! It will be one of the only places in SA that you will find it.

“The beer is an IPA using the a new Kveik yeast strain that throws incredible tropical fruit aromas. We’re letting the yeast shine here and supporting it with a classic rock solid IPA recipe.” 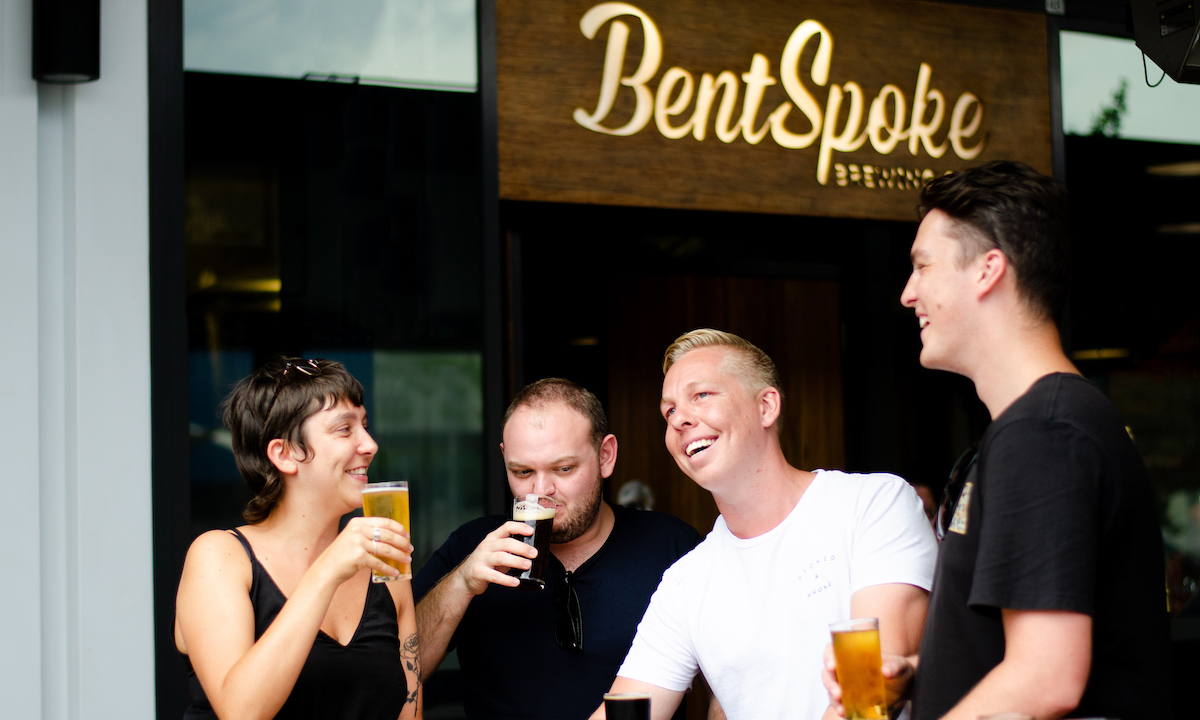 “BentSpoke has always been focused on trying to make the best beer it can. To do that, it is great to share knowledge with other brewers.”

“We made this beer as both BentSpoke and Collective Arts like making IPAs and this was something creative. We had some new season hops which also give a coconuty flavour, so it all worked out – the beer tastes really good!”

“The tap decal has a tropical theme with jungle and coconuts to symbolise the flavours purveyed by the beer,” Tash says.

“BentSpoke has a lot more IPAs, as well as some barrel-aged sours that will be good to give the good folk of Adelaide a taste,” Tash says. 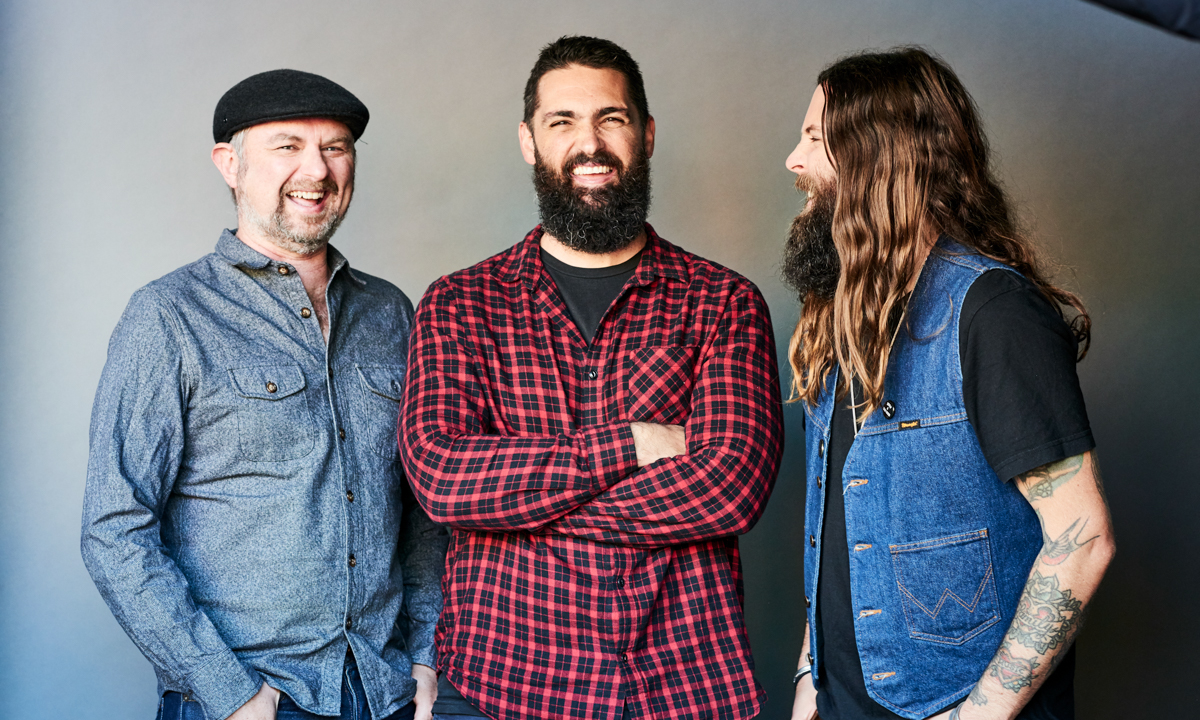 “Despite a heavy dose of jet-lag, Ryan and Alyssa were both legends, and keen to mill in and genuinely contribute to brewing the beer.”

“We created a Rye IPA. Pale, Rye, Light Crystal and Chocolate Rye with Wattleseed in the whirlpool,” the brew team says.

“We chose to brew this Rye IPA as the collaboration because our head brewer loves a turkey club on Rye. We used some really cool experimental Aussie hops in the dry hop too, giving the beer another layer of uniqueness.”

“Nodding to the classic Aussie road trip, the artwork is an ode to the brewing journey Collective Arts are currently on.”

“Other than the delicious RIPA, we’ll have some of our core range beers on which we’re always stoked to share with people. Especially if those people have never tried them before,” the brew team says.