Abbots and Kinney opens in Urbanest on North Terrace

Abbots and Kinney’s fifth storefront opens today at Urbanest on North Terrace, with its sister gelato brand, BLVD, to open its first store next door in a month’s time.

It has always been the goal of Abbots and Kinney’s founder, Jonny Pisanelli, to reach as many people as possible with his lauded pastries and today, Thursday, 27 June, marks the opening of his fifth storefront.

Abbots and Kinney has opened on the ground floor of Urbanest on North Terrace in an oblong space toward the back of Austin Way – a passageway that leads between North Terrace and Austin Street.

Abbots and Kinney Urbanest North Terrace
230 North Terrace, Adelaide 5000
Mon-Fri: 7am ’til 3pm
Saturday:8am ’til 12pm (during semester only)

The usual Abbots and Kinney fare is available – coffee from Sydney roasters White Horse, pastries and sandwiches, as well as blocks of A&K chocolates and take-home packs of coffee beans.

The Urbanest shop joins Abbots and Kinney’s other frontages at Pirie Street, the University of Adelaide, UniSA City West, and Croydon, but is the first location created in collaboration with an interstate company. Urbanest spans Adelaide, Brisbane, Sydney and Melbourne.

“That is a nice feeling, when you get interstate businesses that are wanting us to be a part of what their plans are,” Jonny says.

“About a year ago and we only had one store, so it is quick, but [it’s great] to have that support that allows you to do it as seamlessly as possible.”

The physical space was designed by Adelaide firm Crafty, who originally developed and designed the Abbots and Kinney brand, and was built by Jono Bowman, of Unique Space Construction. 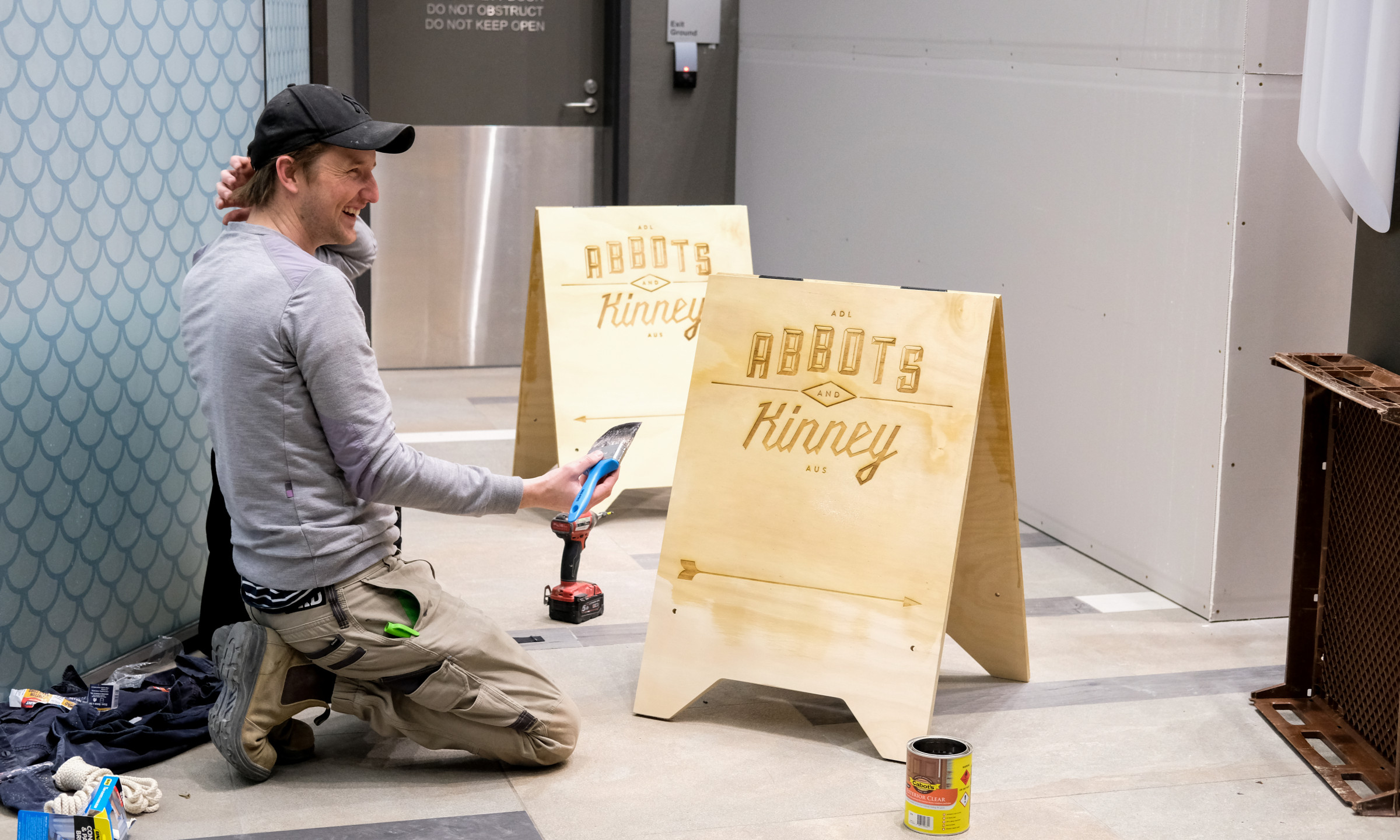 The Abbots and Kinney brand plays off the historical American figure Abbot Kinney, the namesake of Abbot Kinney Boulevard who is credited with bringing Italy to Los Angeles.

“The man himself, Abbot Kinney, had a bit of a split personality. He was the one behind setting up Venice Beach in America,” Crafty’s founder, Dave Lawson says.

“He was a bit of a visionary and a man about town, but he was also a bit of an alcoholic, so there’s that Jekyll and Hyde kind of persona behind him – hence, with Abbots and Kinney, we did a split two typefaces.”

In the Urbanest space, this split personality comes through in the duelling darker and lighter tones of the fit out. On the left, black and concrete is predominant, while the right is characterised by baby pink walls and bright white tiles.

This mirrors Pirie Street’s design, by Studio Gram, split by the use of Tasmanian Oak on its western wall. 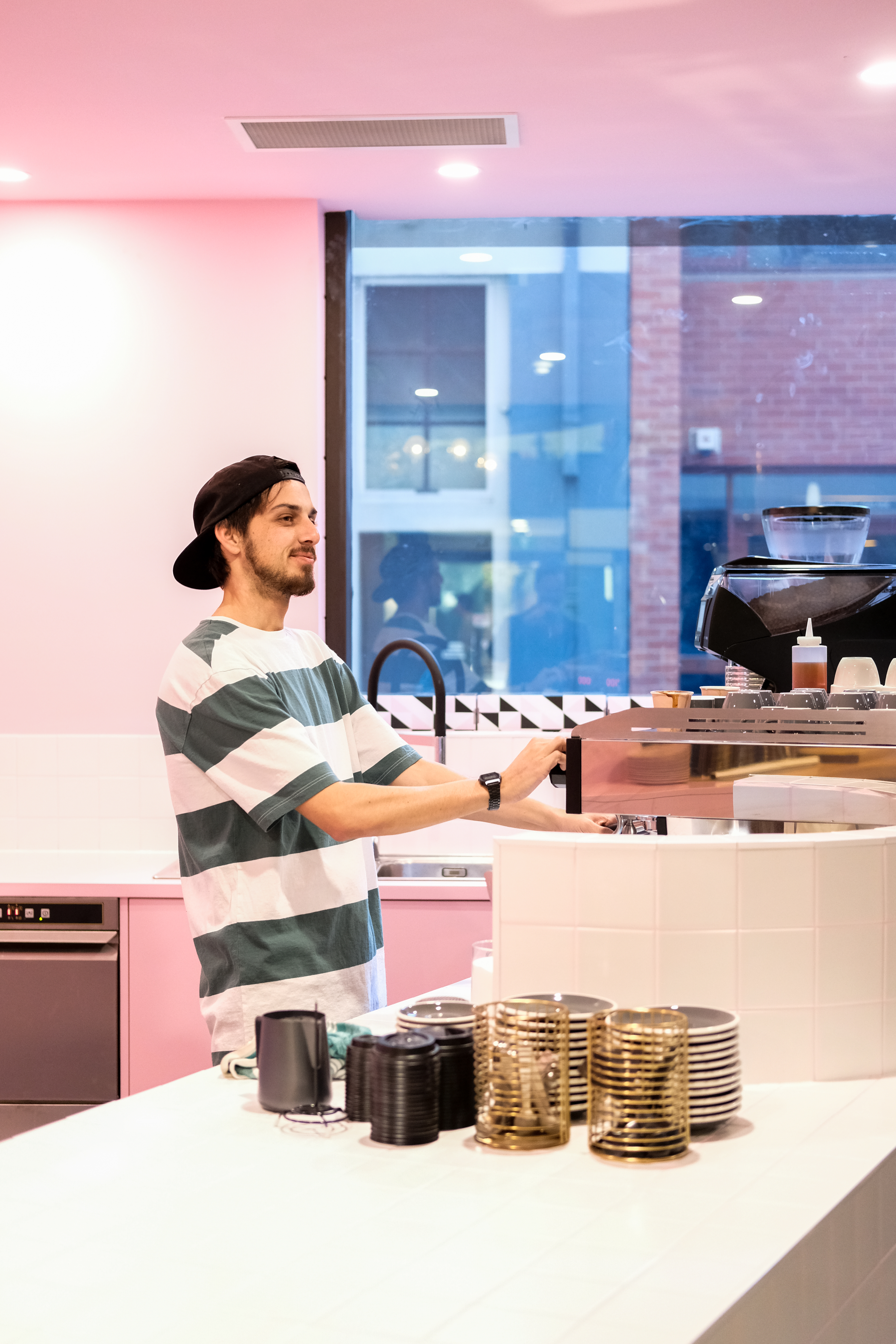 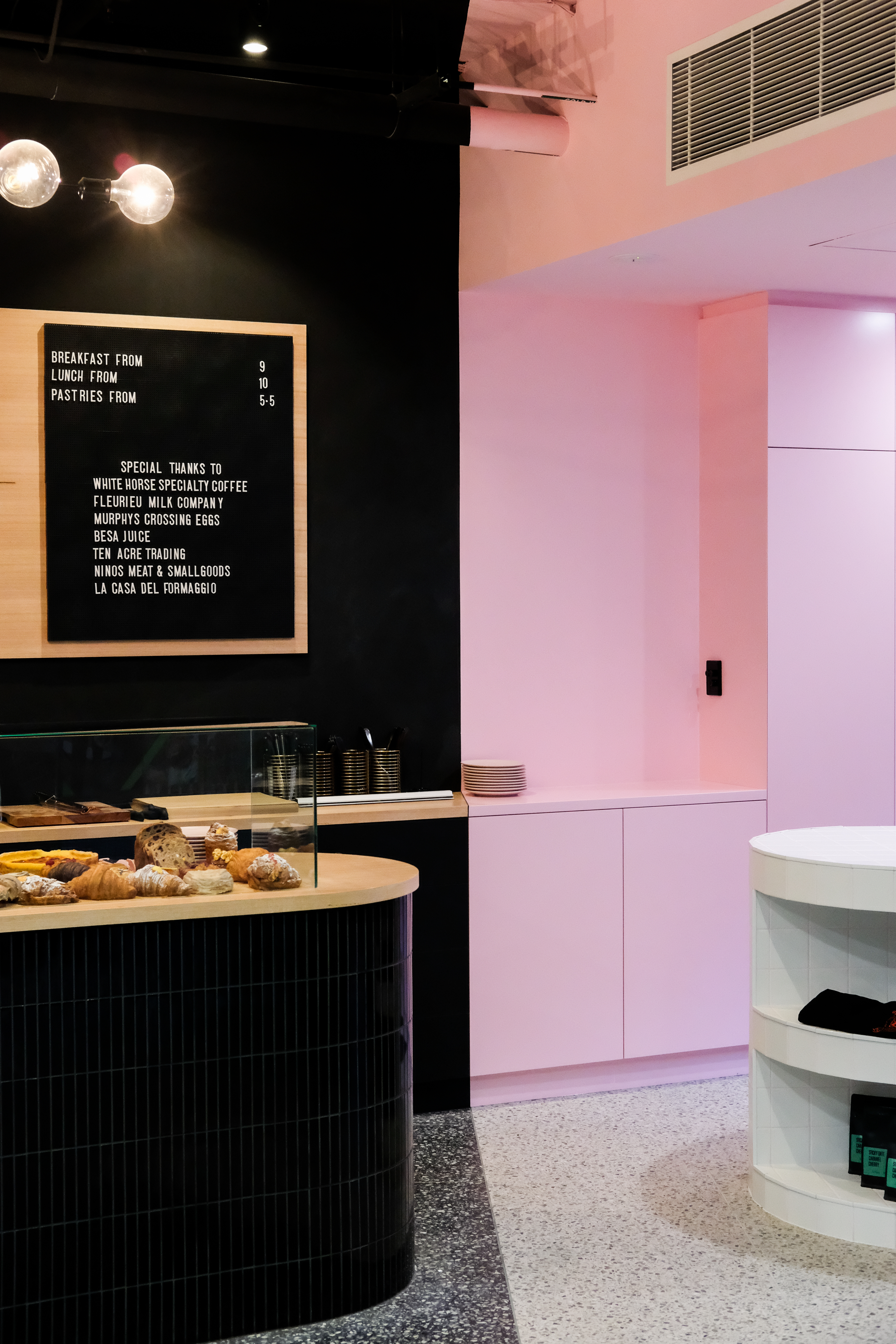 Jonny debuted his Abbots & Kinney gelati cart at the same time as he opened his Croydon store, and has been working on a standalone brand since the end of 2018.

“I thought it was a good opportunity for us to have a different brand, because it’s a great excuse to work with Dave again to create something that has our ethos attached to it but isn’t coffee and isn’t pastry. And I felt if we did it as an Abbots and Kinney, then it might create a bit of confusion as to what Abbots and Kinney is about,” Jonny says.

“It’s just another opportunity for me to be as creative as I can be, just in a different format. It’s gelati and small desserts to go with it. I’m really excited about it.”

BLVD will open towards the end of July.

Jonny is well versed in the student market, having a presence at both UniSA and University of Adelaide, but Urbanest’s international student population is likely to present the baker with a new set of challenges.

“Our goal is to be all over the world one day, so it starts with seeing if our product will work with international students,” he says.

“That’s going to mean we’re probably going to have to adjust some of our pastries to suit, which is exciting, because we’re using different flavours. But you know, you don’t know. Nothing’s guaranteed. But I think it’ll be fun.”

CityMag speaks with Jonny the day before opening, and, true to character, as the final touches are added to the shop – boxes folded, chocolates stacked – he is calm and jovial.

To reach this level of expansion has been, at time, “scary,” he says, but he is more focussed now than ever, and his approach to business is beginning to shift as Abbots and Kinney reach grows.

“It becomes a little bit more, I have to physically go ‘Jonny, you can’t roll that croissant today, you have to step back and be more of a teacher and be more guiding with your staff.’ I’ve grown a heck of a lot in that regard,” he says.

“The kitchen’s definitely grown. It’s been great for people like Dani [Najm]; she started out working the till and now she’s more operations.

“It is an industry that probably not a lot of people see as a career, but we want Abbots and Kinney to be a career for people that want to be the best barista they can be, want to be a general manager, store manager. We want to support that as much as we can.”

Abbots and Kinney Urbanest North Terrace is open 7am ‘til 3pm Monday to Friday and 8am ‘til 12pm on Saturdays during semester. 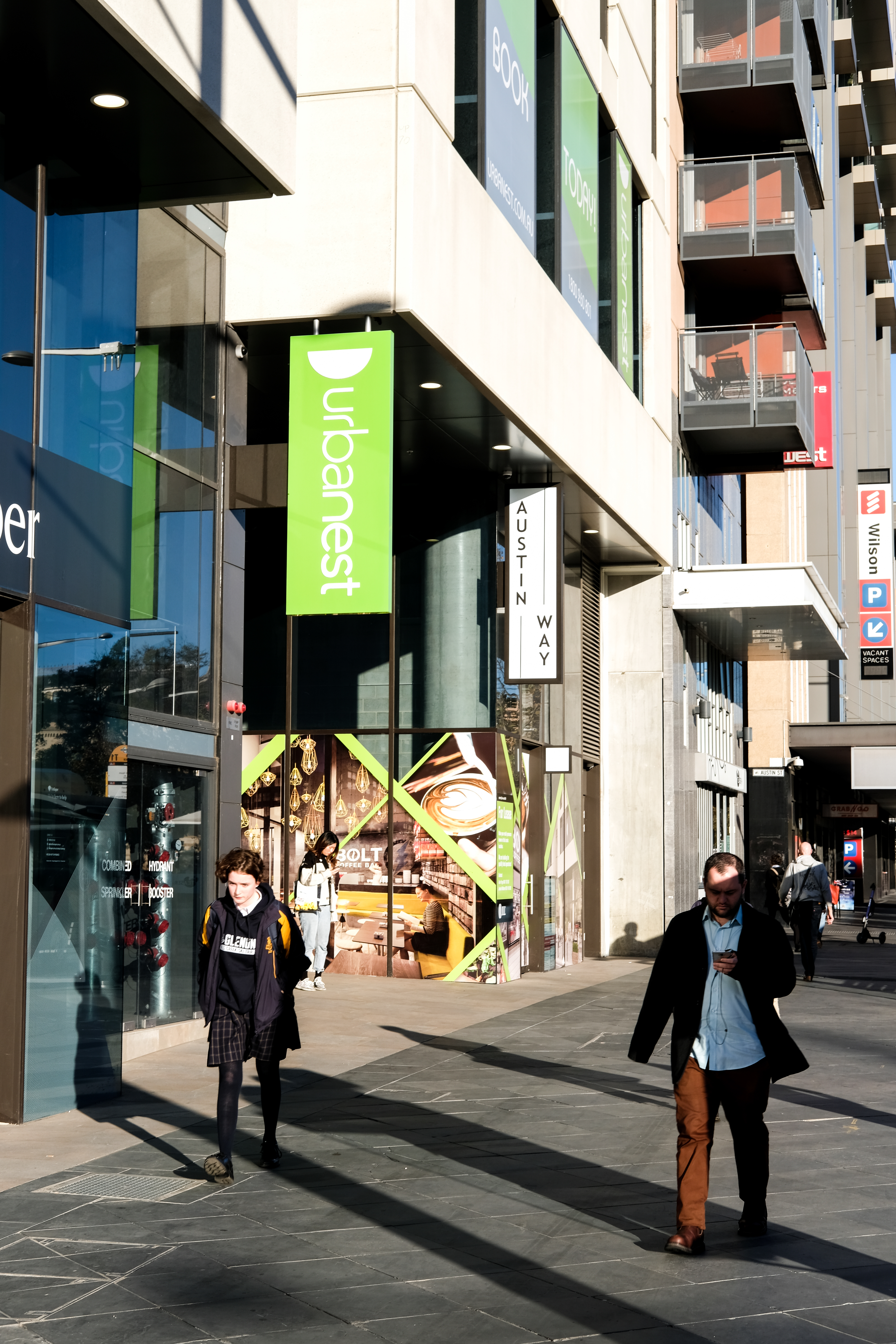