For nine days of the 10-day Adelaide Food Fringe festival, Pirate Life will host a series of Food Fringe events at its Port Adelaide brewery.

The enormous production facility and hospitality hotspot will act as a Port-side hub for the open-access food festival, with beer mug pottery classes, ukulele workshops, and a ‘sensory session’ hosted by the brewers.

There is also a ‘Paddock to the Port’ event scheduled, which will see the brewery host a wood-fired lunch, prepared by chef Alana Brabin, featuring produce from three female-fronted farms Alana works closely with.

The event aims to acknowledge the “hard work of the women of the land,” the event description says, but it will also introduce diners to an emerging generation of primary producers.

Alana, who is also head chef at Lyndoch Hill, will supply the event with pumpkins after growing “about 400 by accident,” she says.

The lunch will be prepared in a casual street-food style, so as to allow Leila, Elle and Georgie to rove about and speak with attendees about their farms.

All three will have elements of their produce plated up: Leila’s venison, Elle’s sheep dairy, and Georgie’s hogget.

“The combination of everything that Alana and the girls are doing, to bring that here and pair that with some amazing beers is a no-brainer,” Katie says. 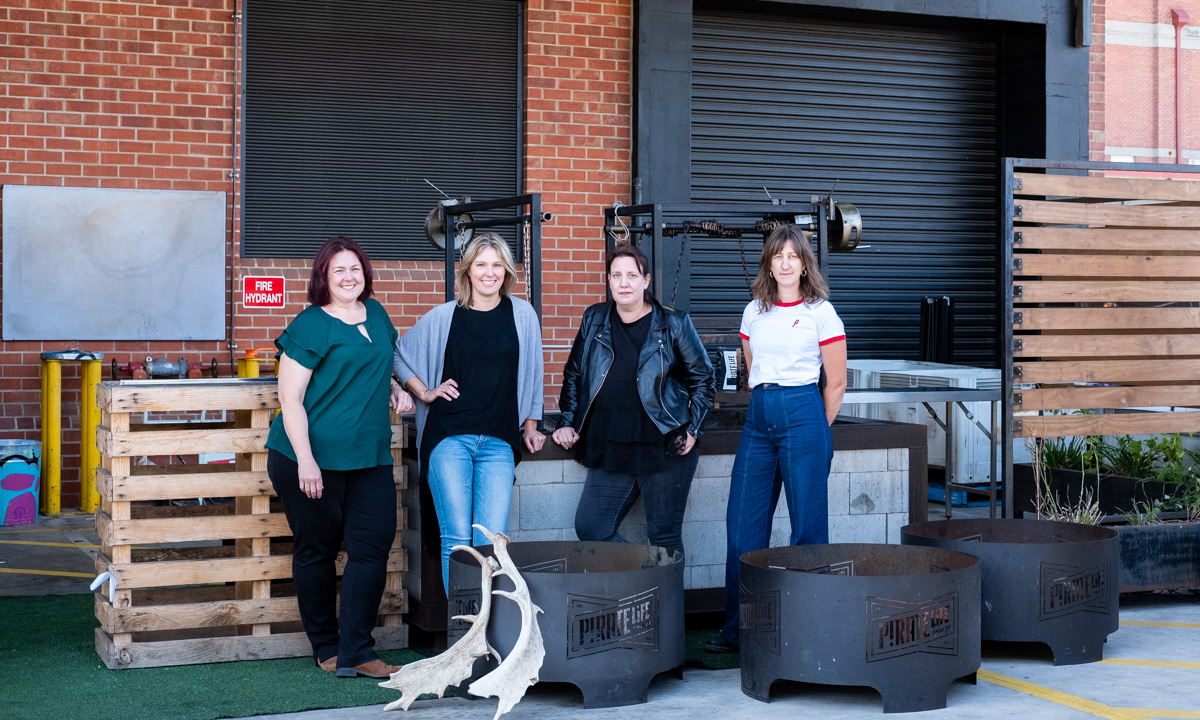 For Alana, the event is an opportunity to introduce the public to the people behind the produce and show that food isn’t “grown on Styrofoam in supermarkets.”

“I think connecting with what you’re eating is super important, and learning about origin is everything,” Alana says.

“Care about what you’re eating, and celebrate people who put all that time and effort in as part of that process.”

Both Leila and Elle regularly attend farmers markets, and they see interaction with the public, as crucial to the development of their businesses.

“When you’re stuck on the farm and you’re doing all the day-to-day sometimes… you don’t think people are that interested in where things are coming from,” Elle says.

“But at the farmers’ market and it’s just everyday people coming up… they’re really interested in… what happens to the lambs; how are you making [the dairy]; do you really care about the sheep; do you actually know them or are they just animals that you process?

“So it’s nice to know that people are actually genuinely interested.” 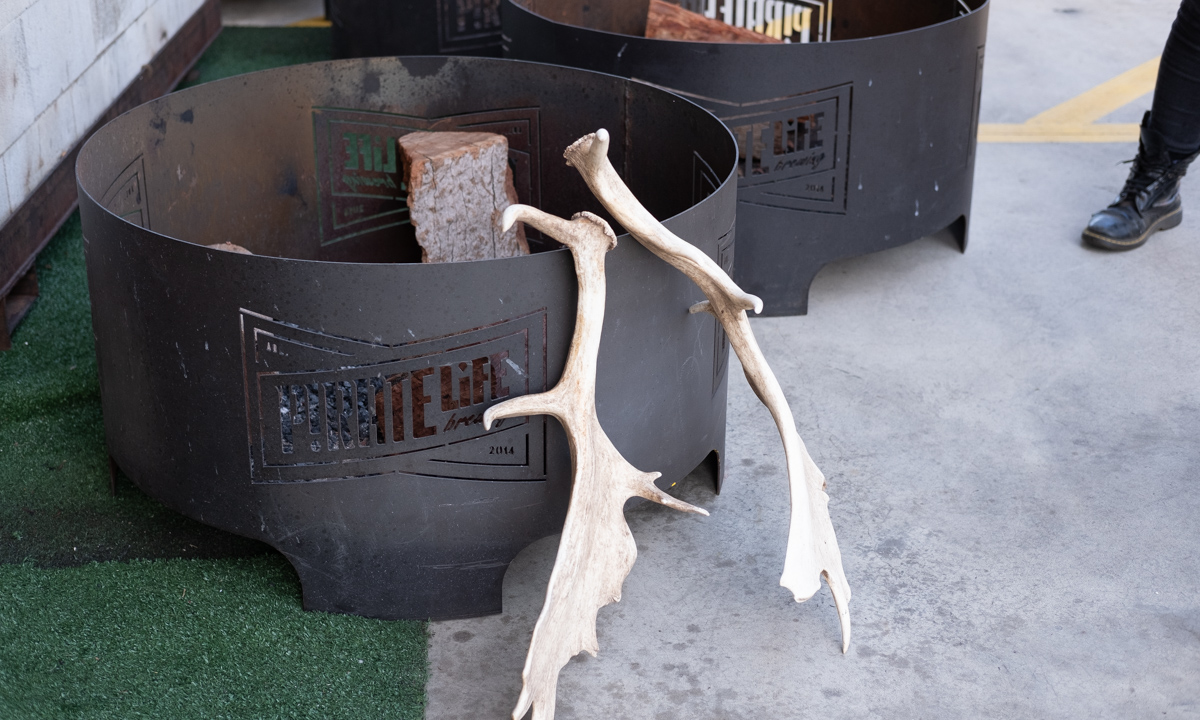 Working with small producers is important to Alana. The respect she has for their work is the foundation of the relationship she’s built with each of the farmers invited to be part of the Paddock to Port lunch.

It’s not only chefs searching for a stronger connection to farmers and their animals. Ella and Leila say they’re often asked by consumers how their animals are treated. Their ethical approach is a key market differentiator.

“Our deer, we look after them,” Leila says.

“We go to the abattoir with them, Dad and I supervise right to the very end to make sure everything’s fine – which is very confronting, lots of people can’t do it, but you want to know right at the end it was a good life and a quick end.”

“I think cows get a bit of a hard time, whereas my sheep, it’s seasonal, so they’re only eight months milking. They haven’t been bred to produce litres and litres over the months. They do what they do and that’s it. I don’t push them.”

Alana has made an effort to foster female talent in the hospitality and food industry, and this is an important aspect of the Pirate Life event – which is billed as a “female-focussed fire feast”.

At Lyndoch Hill, Alana with an entirely female front-of-house and back-of-house team, and works to counter the restaurant industry’s reputation for a toxic workplace culture.

“Feeling like crap because your shift didn’t go great and you’re a 17- or 18-year-old kid, I just don’t think that is appropriate,” she says.

“And even when you’re a 25-, 26-year-old person, you just don’t need to be yelled at and treated like crap. 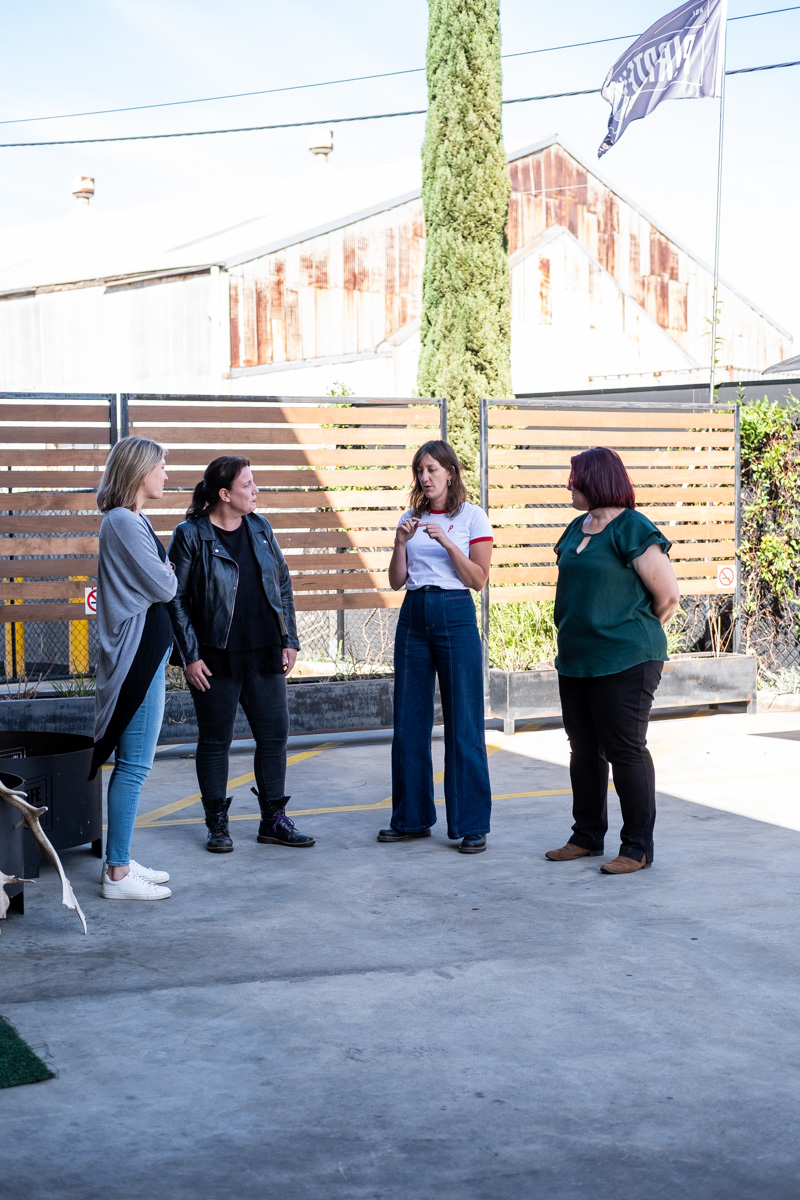 Plotting Paddock to the Port at Pirate Life

Elle and Leila have both recently taken on more prominent roles on their farms.

Both have had differing experiences growing up in a farming family, but they each recall feeling they were operating within a male-dominated space as they were introduced to farm work.

“Probably when I was a teenager, you get treated like a novelty: ‘Oh, bring the daughter out for the day’ kind of thing,” Elle says.

“I’m still probably now one of two [women], and usually the other one is providing lunch. But the guys, most of the time, they don’t really care about that at all, it’s just all about what you say and do.

“I think more of it comes from yourself; you feel a bit out of place because you’re usually the only one, so you’ve just got to ignore that and push on.”

Leila studied agricultural science in her late teens and early 20s, but when she tried to enter the industry she says she “realised quite a lot of farmers are set in their ideas and didn’t want a young female helping them with ideas on their farm and working in that industry.”

“So I became a teacher,” she laughs.

She’s now in the process of taking over the deer farm, but she can sense her dad is not quite ready to step back.

“I definitely find it’s hard for my dad to slowly let go and accept that it’s ok and it’s different, and it’s still going to be ok, it’s just different,” she says.

As a teacher, Leila is aware of the importance of representation to younger people.

In the same way that she watched her mum run the farm single-handedly on many occasions (and who still happily gets out on the quad bike in her spritely 70s), Leila hopes to provide a model for young women who want to be in farming.

“In the last school I was at, we were an agricultural school, so the agriculture teachers were female, they’re out there with 600-kilogram bulls, teaching kids how to lead them,” she says.

“There’s actually a lot of girls in agriculture in year 11, year 12. It’s kind of interesting to see that.

“But there’s just been lots of women, really, that they are the backbone, they are doing things, but are often the unsung heroes.”

“They just get on with it. They just do it,” Elle agrees.

“It’s just part of living on the farm, they just do it. But then when you go to a ram sale or the markets or whatever, it’ll be the guy who’s there, because the wife is actually at home still because someone has to do the work still.”

Paddock to the Port is happening at Pirate Life Brewery on 14 May. For tickets and more information, see the website.