The Fringe is more fun in the west

This year, focussing your Fringe experience in the city’s West Village delivers an interesting and decidedly edgy time.

Karena Slaninka is the CEO of Mercury CX, Cinema and Loungebar. She is also the spearhead behind the new West Village @ Fringe, a collaboration between 17 venues in the city’s west.

Karena is not from Adelaide. So, when she arrived in town, she boned up on the local scene, including Fringe.

This article was produced in collaboration with West Village.

“A lot of people don’t know that the original spirit of Fringe was started in the West End… around the Lion Arts Centre,” Karena says.

“There were old warehouses and bars here before UniSA was built.”

The West Village collaboration promises a less commercial Fringe experience, with a subversive undercurrent that plays to a different time and place.

“We’re trying to hark back to the original spirit of Fringe, which was to be a little more experimental and edgy,” Karena says.

Cassandra Tombs, founder and creative director at ARTHUR-Art Bar is holding firm to the mission.

The entire venue will transform into FRINGELAND, with a program ranging from absurdist and musical comedy to playful experiences.

“It is an artist’s playground, channelling those Berlin art warehouse Fringe vibes from the ’90s,” Cassandra says.

“If you don’t want to see a show, you can come to FRINGELAND and hang at the bar and go upstairs.

“We’ve got the treehouse, a cinema program of experimental films, a fake office that you can play in and a digital room.

Cassandra’s recommendations for not-to-be-missed shows are many. Among them are Rainbow Piss from Ross Purdy, ScoMo’s Sunday Service and Dolly Diamond’s Piano Bar.

FRINGELAND will also host Fiona O’Loughlin LIVE, some sessions of which will be recorded for the irreverent comedian’s pilot show.

“Gordon Southern is doing this really great, interesting show as matinees during the day,” Karena says. “That Boy Need’s Therapy walks the line between pathos and humour, exploring grief and depression with razor sharp wit, searing honesty and unexpectedly laugh out loud twists that you don’t see coming.

“Award-winning performer Kevin Kopfstein brings his brand new show Smoke and Mirrors to headline the Mercury, running for all 27 nights.

“Always entertaining, this year his show is evolving with more ambitious magic, interwoven with his genuine skill for storytelling.

“There are shows on every night where Mercury audiences can revel in air conditioned, comfortable seating and a luxe loungebar, a nod to old Hollywood with chandeliers, velvet and a leather chesterfield along with an array of indulgent cocktails.” 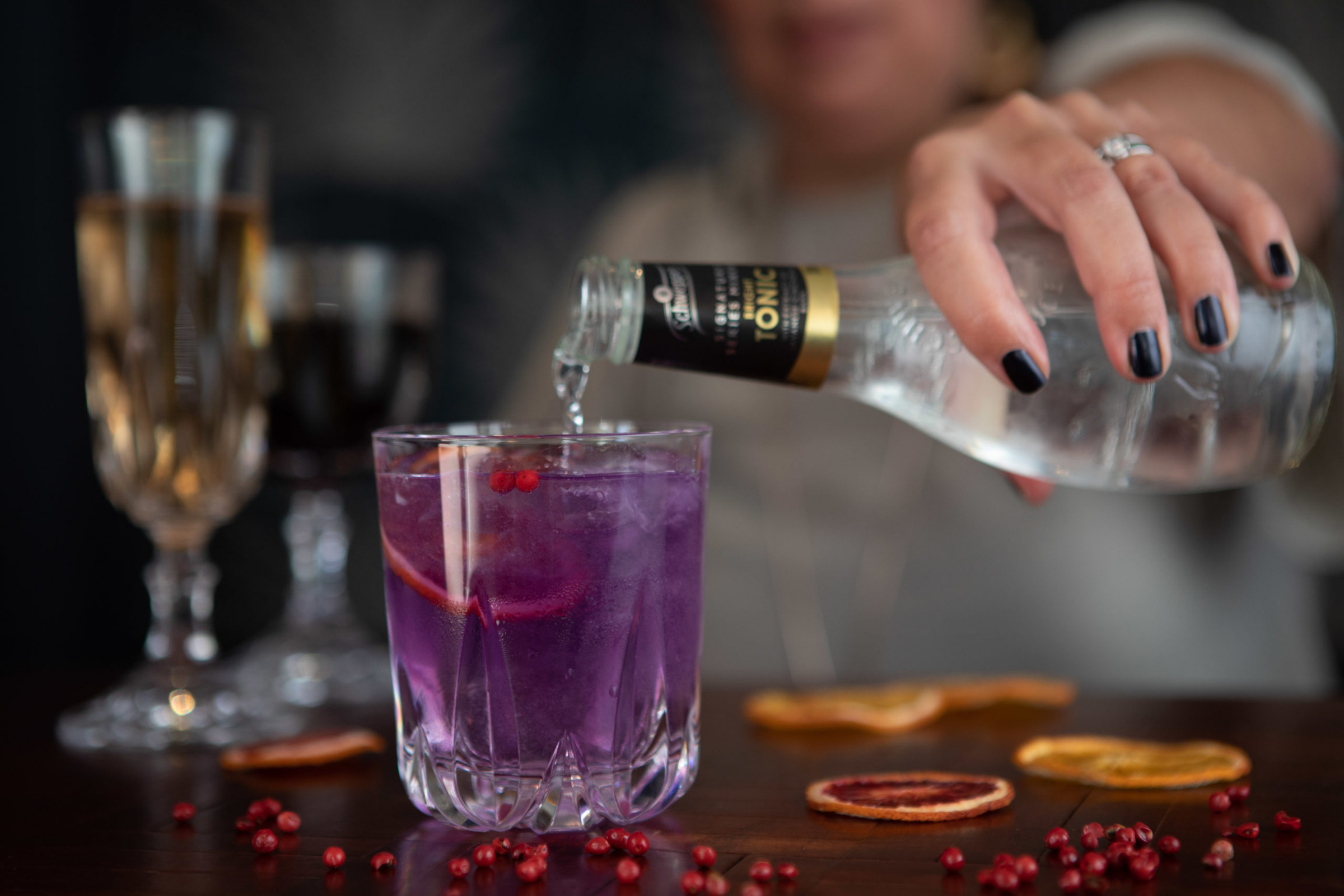 It’s moments like this that provide high contrast and fuel an edgier vibe. Sparkles and luxe jar satisfyingly against warehouses and concrete.

Most of the West Village’s venues are between Waymouth Street and North Terrace. There is also a scattering in the city’s south-west, plus the gorgeous ballroom of North Adelaide’s Carclew.

“What’s unique about the creative hub in the west is that we are not one geographical location,” she says.

“We are going to have trails that go between venues like you would have in a village… and places to go have something to eat or drink.”

As a group, they’ve planned yet-to-be announced promotional offers around drinks and ticketing.

In an earlier time, Lion Arts Centre was the hub of the Adelaide Fringe. Steam would rise from the gathered anti-establishment types standing shoulder-to-shoulder in old warehouse spaces. Pleasure and pain, activism and entertainment.

Channelling the spirit of those times is Nexus Arts Venue’s offering. Artistic director Emily Tulloch says the program goes beyond the culturally diverse artists one expects of Nexus.

From the performance art of fetish-driven Hüman to The People of Cabaret variety gala to the mystical sounds and dance of Sufi Music Highway – the intimate space will beckon audiences back for a markedly different experience every night. 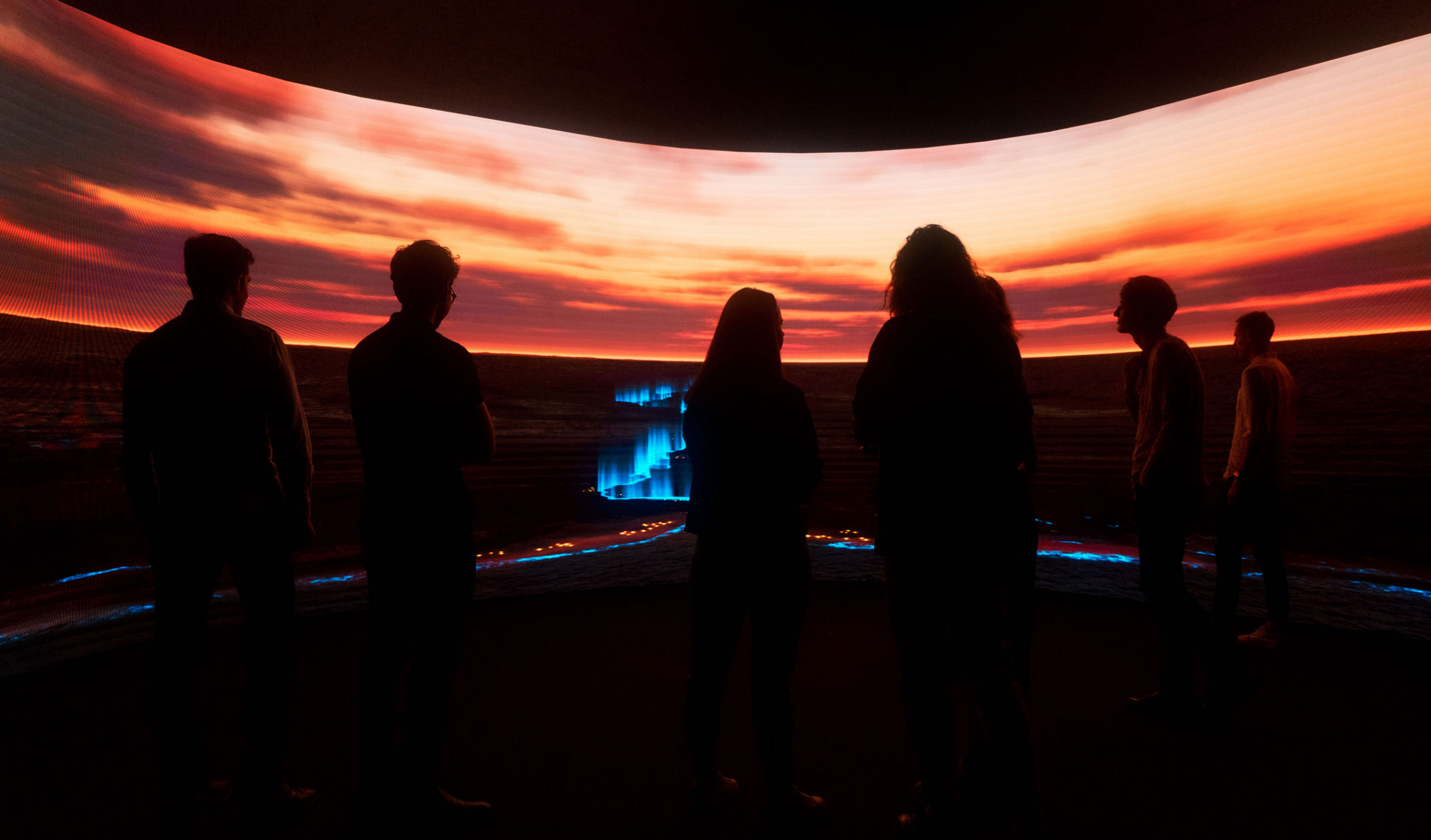 Get wrapped up in art at Light ADL

Similarly, The Lab cannot be pigeonholed. Their head of programming, Anne Wiberg says it is a space for people to experiment and work with the venue’s wrap around LED screens.

“Quite a number of events that we have in place for Fringe this year are shows specifically designed for The Lab, like Jill Hicks’ Hippocampus.”

Anne also suggests audiences check out Live on the Heysen Trail with music from Ukulele Death Squad’s Ben Roberts, and the one-night-only-show from wildly successful podcast Motherhood A Beautiful Nightmare.

Again, this is just a small taste of their program.

While performances – encompassing cabaret, music, dance, comedy, magic, visual arts and interactive – will make up the majority of events in West Village, there will also be opportunities for quiet contemplation.

Daytime gallery shows include Luminous at Fabric of Life, four solo artist exhibitions at the Centre for Creative Health, and Cache: A Celebration of Jewellery at JamFactory.

With 408 shows across eighty-seven events, it is tempting to schedule a run of sick days in order not to miss anything. CityMag’s advice is to take the month off.

As they say in Berlin, Komm schon, spring über deinen Schatten – or, get out of your comfort zone!