The team behind Cellar Door Fest Winter Edit know how to pop the cork on a good party. 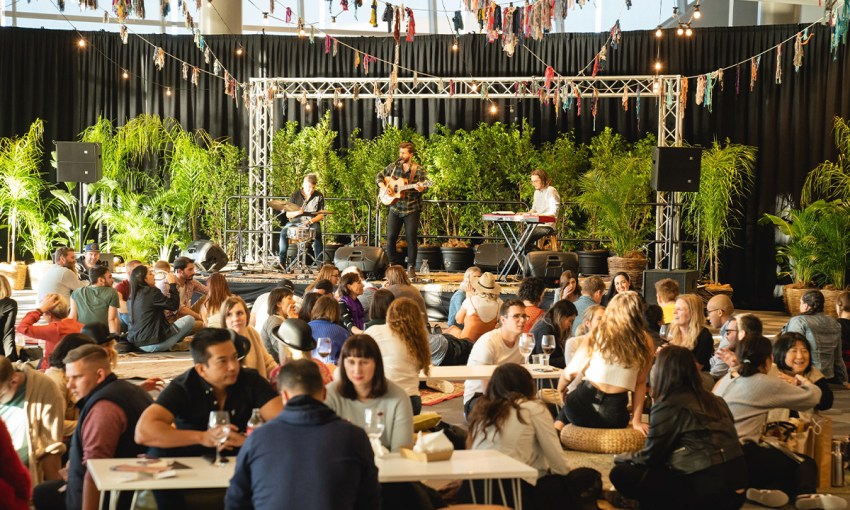 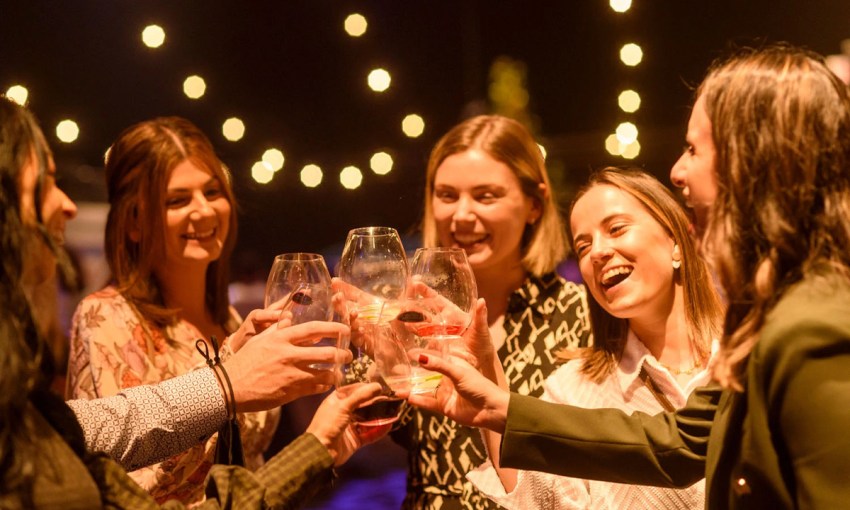 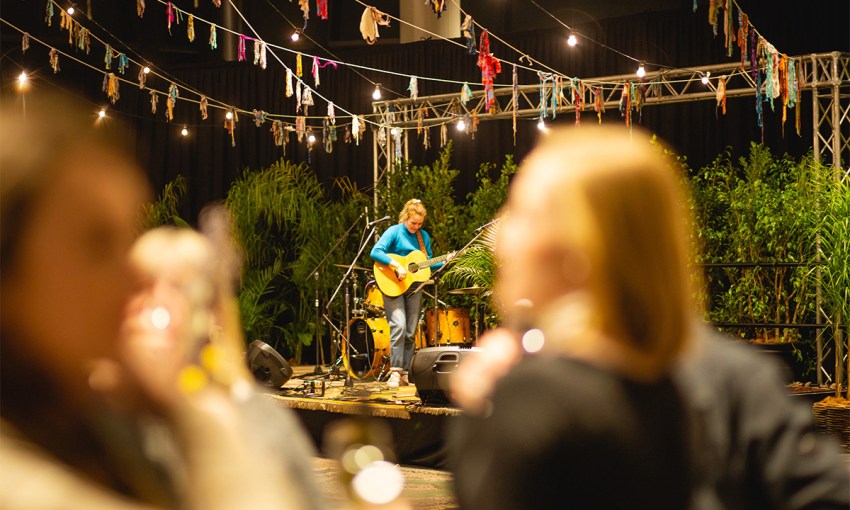 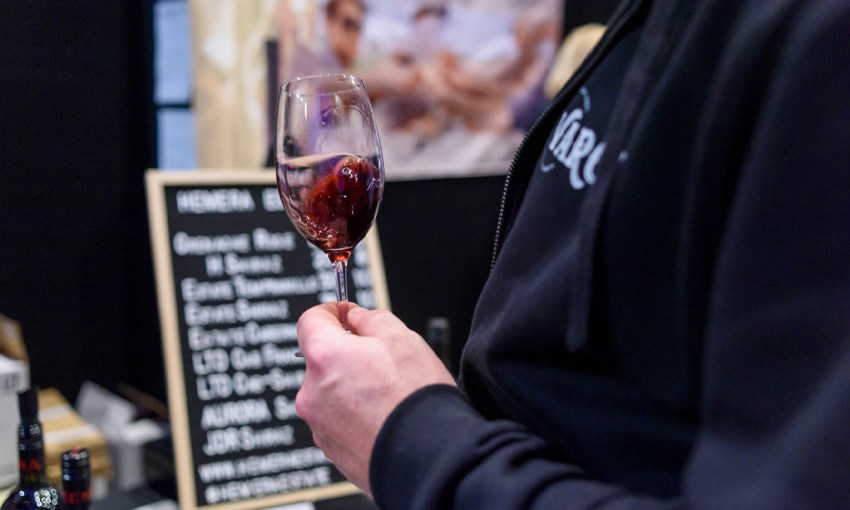 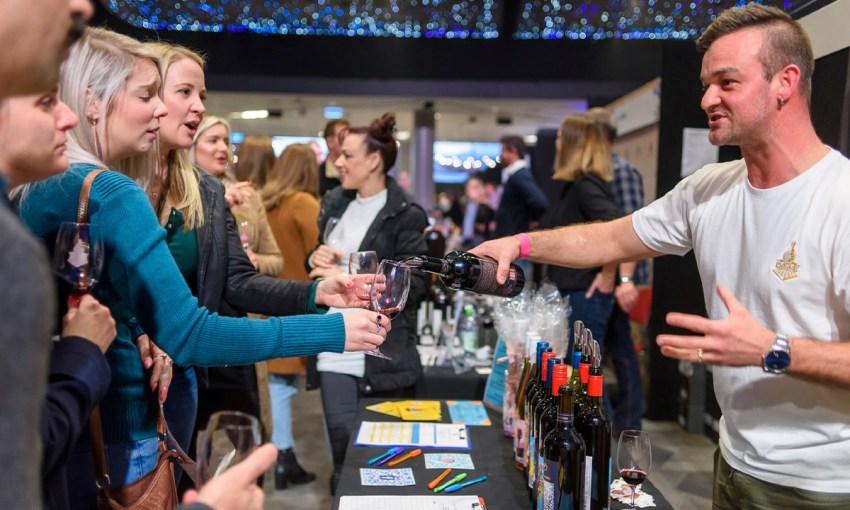 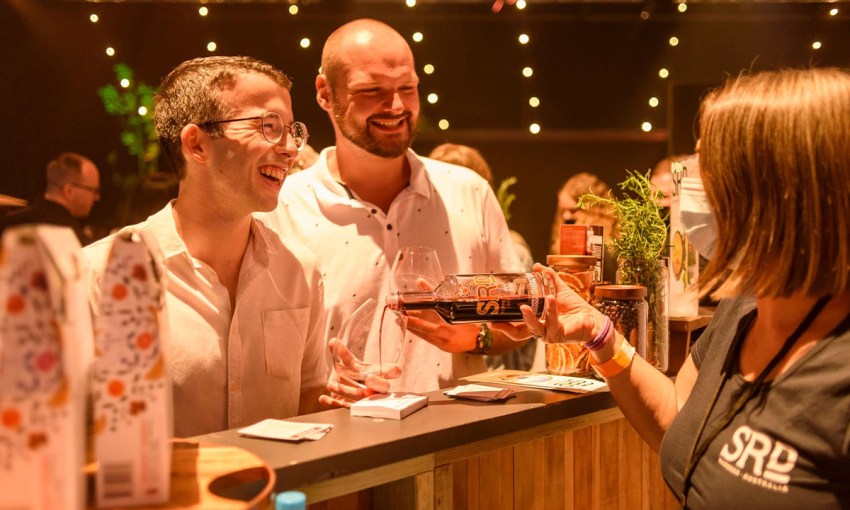 Her team has locked onto a winning combination that gradually cranks up the cellar door experience to high on the party meter.

“Friday night knock-off drinks is the vibe we’re going for,” says Alex. “We’re encouraging people working in the city to grab their workmates and come on down.”

The event’s vibe includes a curated lineup of some of the state’s hottest local folk, indie, disco and soul musicians. Featuring across the Friday and Saturday sessions are Jamie Alena, Banjo Jackson, Ash & Joseph, Mason Lloyd, Thoma and the Humbugs and DJ Ruby Chew.

“We start off with the more acoustic musicians… and then we work up to a crescendo with DJ Ruby Chew, who is known for creating atmosphere and bringing the fun, retro vibes,” explains Alex who suggests attendees “bring your dancing shoes”.

Saturday has two sessions. Alex says the earlier one attracts a slightly older demographic, plus the serious wine buyers. The later gathering is party central, but Alex stresses they’re “very hot on the responsible service of alcohol”.

For those who do want to carry on a bit, the event is held at the Adelaide Convention Centre where there are masses of convenient transport options on the doorstep, plus $10 event parking on-site for those with an assigned designated driver.

This third year of the Cellar Door Fest Winter Edit focusses on red wine producers. More than 80 wineries from all the state’s wine regions are participating, plus a great selection of local distillers.

“We want people to come and experience what our local wineries have to offer, and then make their own arrangements to later travel to the regions and discover for themselves,” Alex says.

There’ll be plenty of new wines to explore, offering an opportunity for some team bonding or friendly competition amongst your crew to detect those hints of old saddle leather and chocolate. In that spirit, Alex is keen to share a few of the unexpected and unique offerings.

“Mr Murphy Wine Co is just one of the highlights from the Adelaide Hills. They’re releasing their hip new 2022 Giggle Pop Pet Nat, which is very on trend,” she says.

“We’ve also got some specials from Claymore Wines who will be offering their secret recipe white sangria. And Dewey Station are showcasing their new Glow Up series, which is their range of premium wines.

“At our Cellar Door Fest events we love to celebrate the best of SA talent. We’re really excited to again shine a spotlight on a host of local award-winners, including Rollick Wines who have been listed as a finalist in the National Young Gun of Wine Awards for two years in a row.

“There’s also Threefold Distilling’s shiraz gin and Lock 4 Distillery’s chilli vodka – both tying in with the idea of winter warmers.”

Explaining the inclusion of distillers over recent years, Alex notes that our state is by far the biggest for distilleries.

“We’ve got a thriving distillery scene, which we should all be proud of as South Australians,” she says.

This year also sees the first showing from Don’t Mock Me Alcohol, who will be setting up an alcohol-free bar. Alex says her team found a lot of the producers had one or two non-alcoholic beverages in their range, and the market is rapidly growing.

In the food department, Turkish grilled pastries from Uz Gözleme, Moi An Viet Street Food, freshly foraged eats from Forage Supply Co, Middle Eastern street food from The Bearded Cook and cheese plates from Woodside Cheese Wrights are among the temptations on offer.