For every generation, there is a car manufacturer that perfectly captures what young people want in a vehicle. Volkswagen’s current model lineup continues its long-held lead. 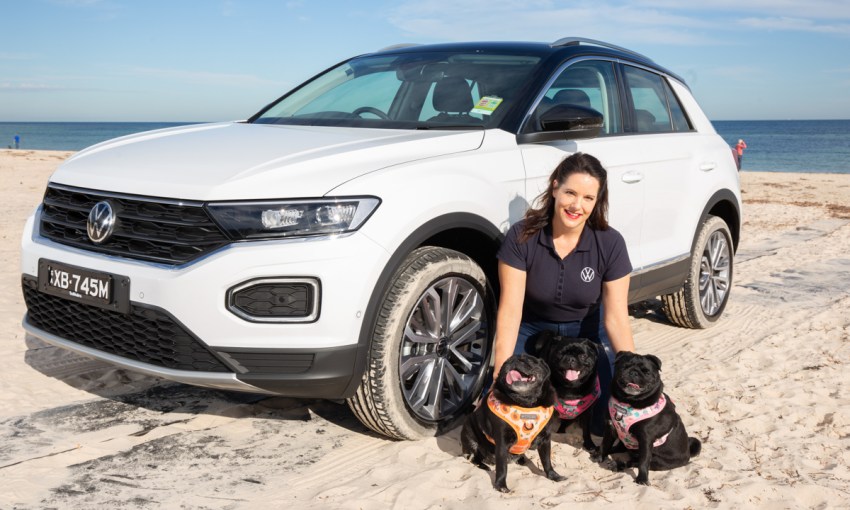 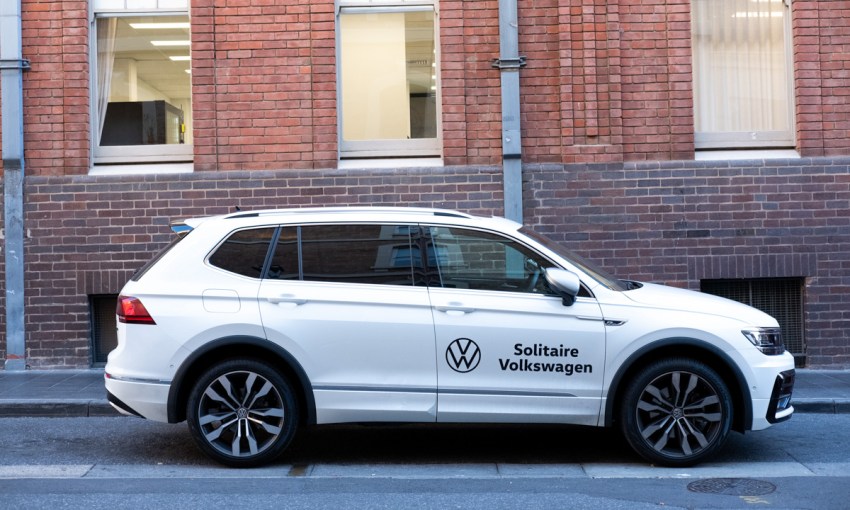 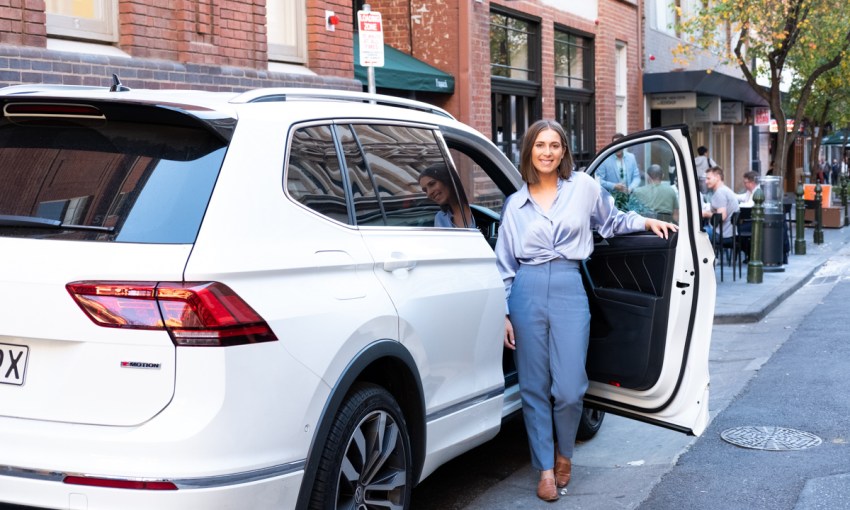 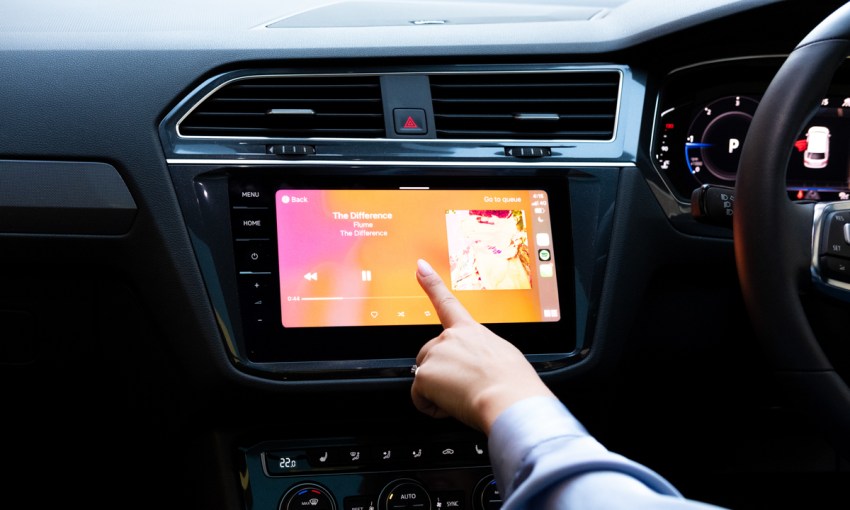 From the Beetle to the Kombi to the Golf, Volkswagen’s uncanny ability to produce era-defining cars with broad consumer appeal has helped the German automaker grow from its pioneering beginnings into the largest car company in the world today.

This article was produced in collaboration with Solitaire Volkswagen.

And while Volkswagen – ‘people’s car’ in German – now produces high-tech, high-performance vehicles unrecognisable compared to its early models, that same focus on designing cars with features that people want and need is alive and well.

From hatchbacks and SUVs to utes and vans, practicality, accessibility, performance and aesthetics continue to drive the brand’s popularity across diverse market segments.

To better understand the appeal of a Volkswagen, CityMag caught up with three VW drivers to take a look under the hood and discover the best features of some of the brand’s most popular models.

Everything you need for a busy life

When it comes to her work as a chef, Laura Sharrad is constantly on the move.

At 25, she has appeared as a contestant on two seasons of MasterChef (coming runner-up in 2020’s All Stars season), launched successful King William Road restaurant Nido with her husband Max in 2019, and has just opened luxurious, New York-Italian-inspired restaurant Fugazzi on Leigh Street. 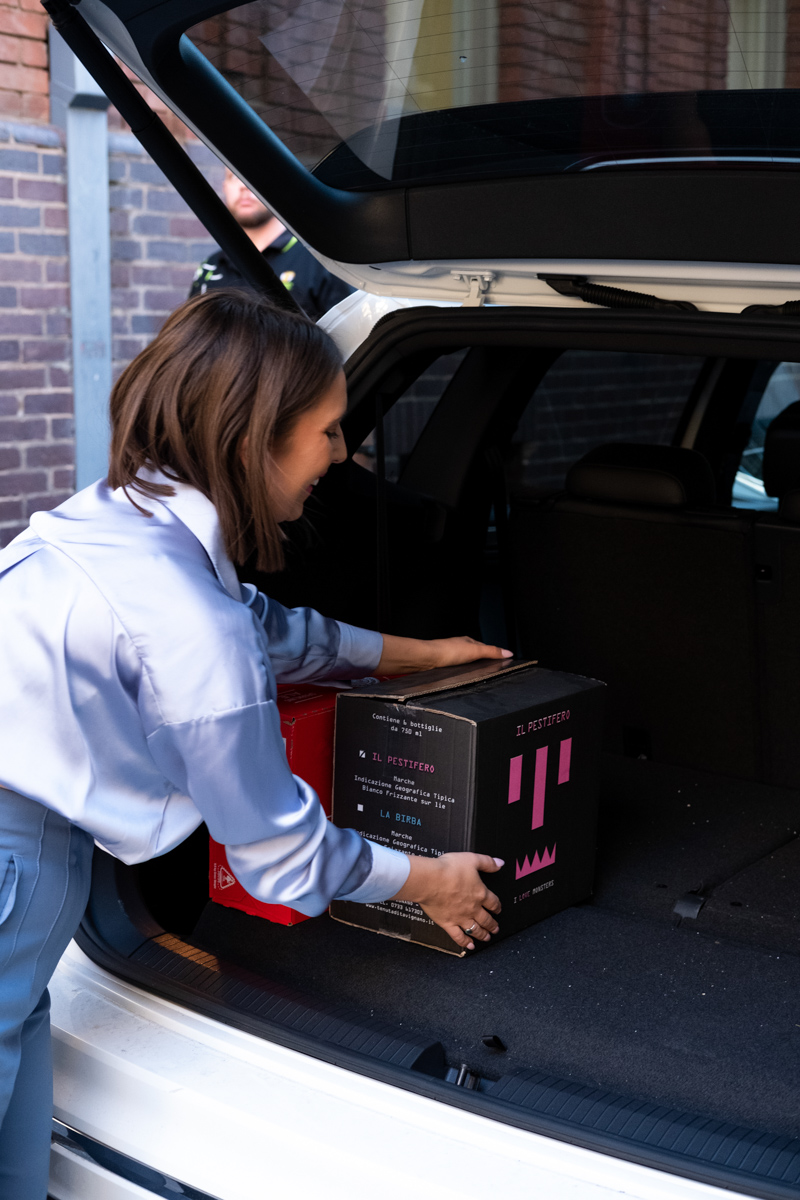 Laura is also a Brand Ambassador for Solitaire Volkswagen and says the new Tiguan AllSpace has been the perfect car for her while she’s been working on opening the new restaurant.

“You never know how much space you need in a car until you drive a bigger car,” Laura says.

“Pre-opening, a lot of Bunnings and IKEA trips were needed… having the luxury of a big car meant one trip was needed for everything!”

Laura also loves the features packed into the Tiguan AllSpace.

“It’s luxurious, comfortable, has all the features you need with seat warmers (in the front and back), panoramic sunroof, meal trays and drink holders in the back, outstanding music system, seven seats and all the boot space you need,” she says.

“It’s extremely versatile, great for off-roading and has comfort and luxury for long road trips – it just ticks all the boxes and is so adaptable to your everyday life.” 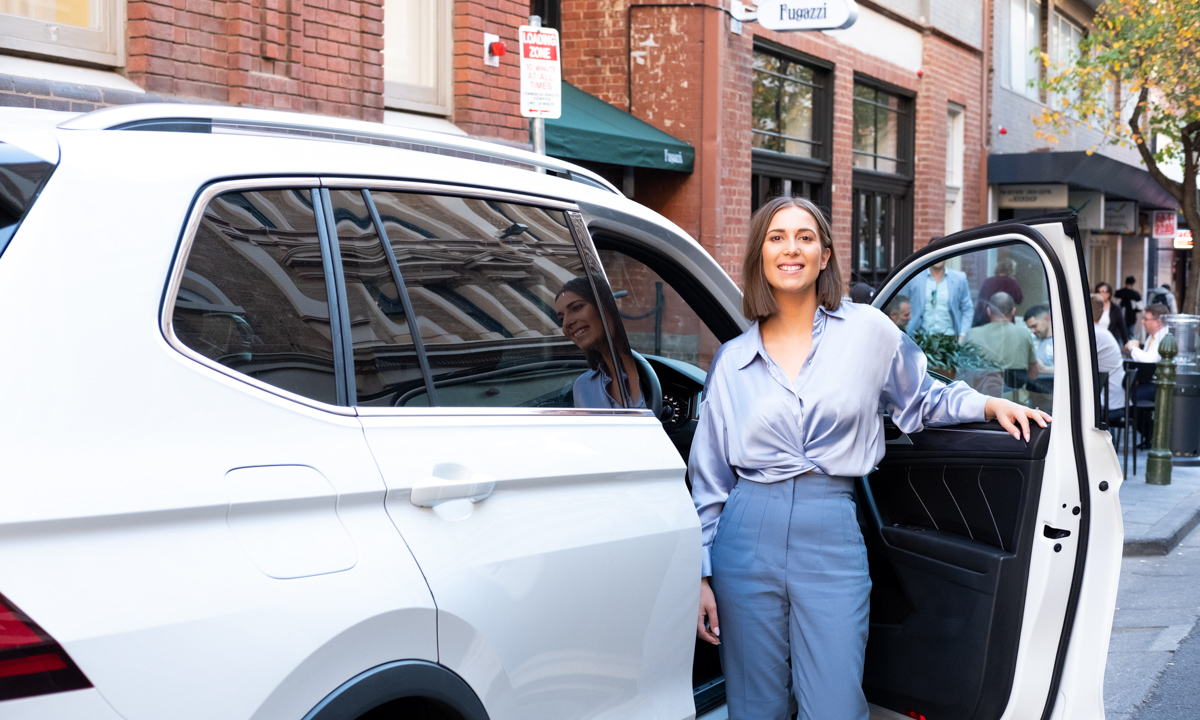 Laura says the Tiguan AllSpace nicely reflects her own personality.

“What you see is what you get and it’s not trying to be something it’s not, just the best version of itself.”

All the benefits of a hatchback in an SUV

There are many things Paul Callinan, Sales Manager at Solitaire Volkswagen Medindie, says are in the DNA of all Volkswagen cars. One is world-class safety – another is the feel of a Volkswagen on the road.

It’s for these reasons Paul loves the Volkswagen T-Cross – an entry-level SUV at an accessible price point that comes equipped with some of Volkswagen’s best features.

Paul has seen the popularity of the T-Cross soar since its release, particularly among younger people. 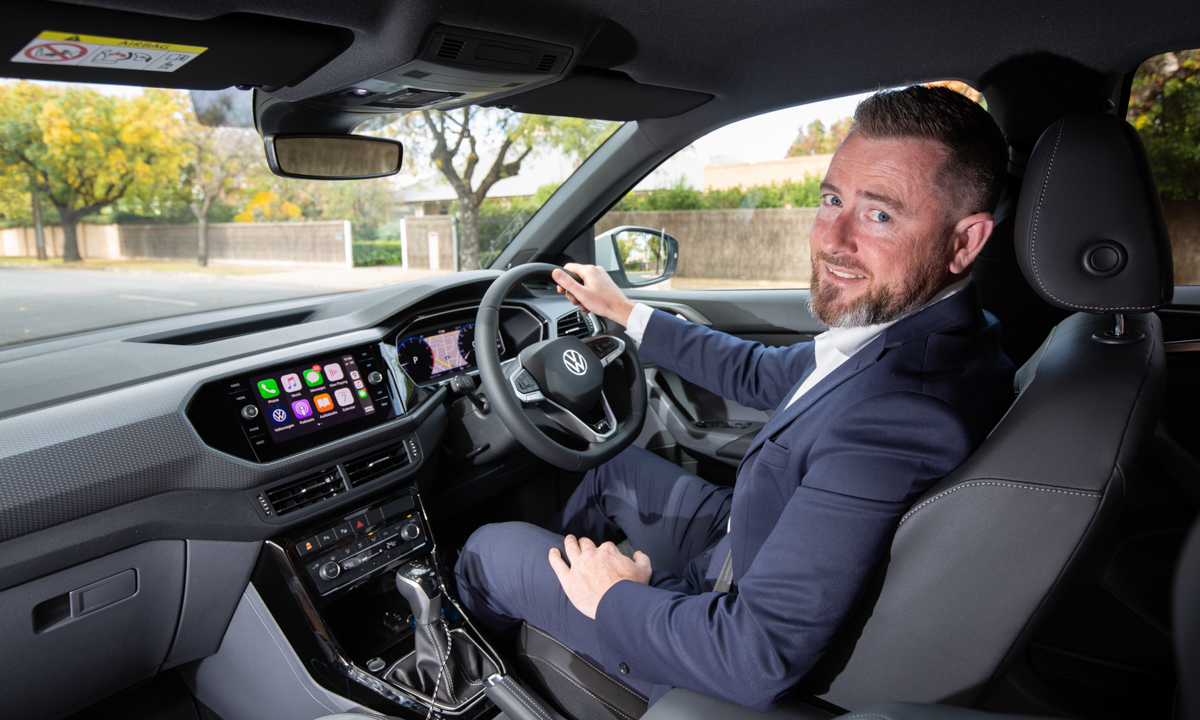 “We saw instantly the shift from people wanting hatchbacks, to getting all the benefits of a hatchback, but getting them in an SUV,” Paul says.

“It’s right at home in an urban environment.”

“It doesn’t look like it’s trying to be an off-road four-wheel drive and it’s happy to buzz around in tight city streets, but the reality is it’s an SUV.”

Being an SUV means you can shoot off for the weekend and go down and hit a beach or handle a dirt road, Paul says.

Paul’s favourite features are the Apple CarPlay and Android Auto connectivity functions, as well as its safety features.

“As an SUV for under $30,000, you’re getting the latest technology, all touch screen displays and the base level safety system are world class,” he says.

Paul says the emergency brake assist has helped him out of trouble and lessens the worry as a father of a young driver.

“There’s a radar in front of the car and it’s constantly scanning the road, and if the traffic is stopped in front of you and if you’re distracted looking around, in a split second you can be closing on that car,” he says.

“The car sees that happening in advance and can react quicker than we can and will start putting the brakes on.”

“I’ve had situations where it’s engaged and stopped me from rear-ending someone. And my daughter has been in a situation where it’s done the same.”

Perfect for the city and trips to the beach

As the Sales Manager at Solitaire Volkswagen Hawthorn, Kylie Matthews had her choice of any car in the showroom.

Living and working in Adelaide’s inner south, Kylie knew it would be hard to look past the T-Roc Style – a small SUV complete with the luxury ‘sports’ package that delivers the look and performance she searches for in a car.

“It’s an SUV without being too big, and it’s a very easy car to get in and out of – it just suits my needs,” Kylie says.

“It’s got good performance and good fuel efficiency…. and because of its parking and safety systems and its size, it can fit into those tricky car parks. It’s got parking sensors, a reverse camera and park assist, where the car parks itself for you.” 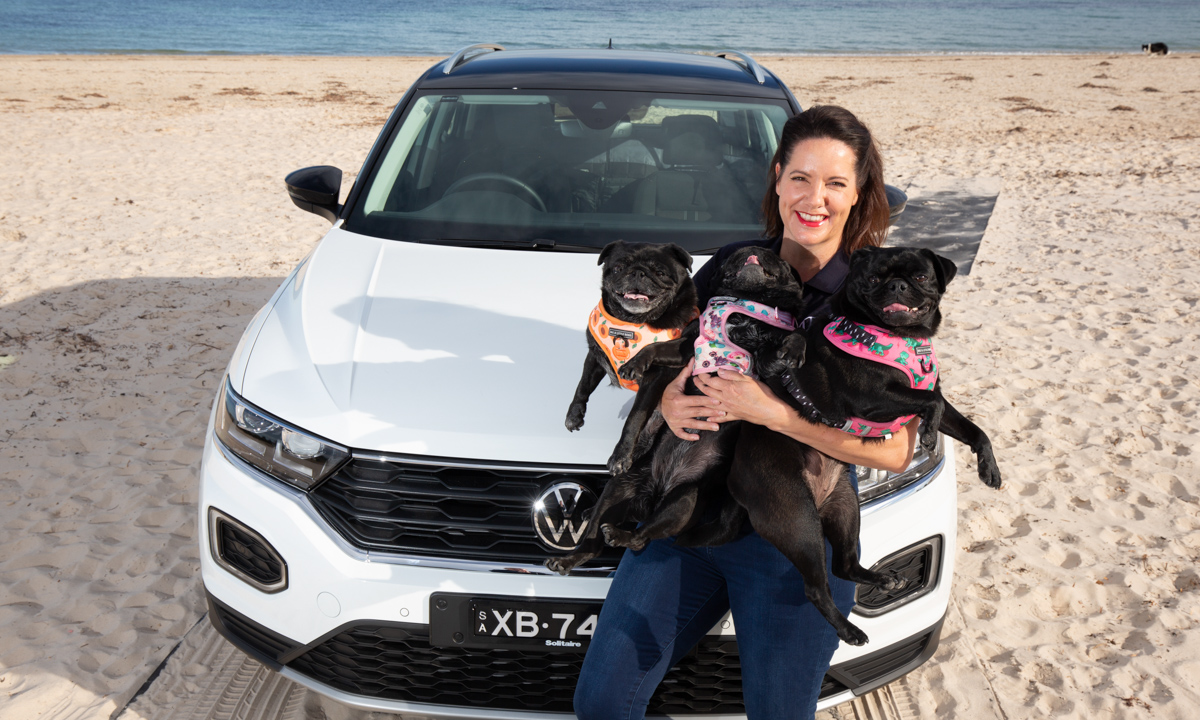 Kylie also needed a car that would suit the rest of her family – her three pugs. Ellie (8), Penny (6) and Lucy (2) travel on a seat each in the back of Kylie’s T-Roc, clipped in safely through their harnesses.

“It’s very easy to load the dogs in and out of the car, because it’s got a little bit of extra height, without being too big and its got a good-sized boot space,” Kylie says.

Above all, Kylie loves the look of the T-Roc Style and the surprisingly powerful performance of the car.

“I’ll never forget the first time I got into the T-Roc Style as a new model. I wasn’t expecting a lot as far as the performance, and I got in it and I was excited to drive it.”