The CityMag take on what's been happening on the other side of the newsroom. It's everything you need to know about what's going on in your city from the journalists of our sister publication, InDaily. 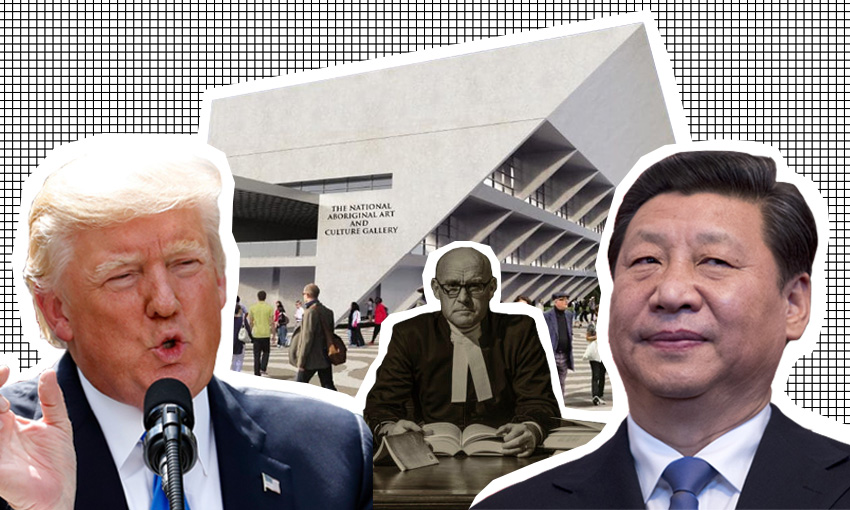 Steven Marshall promised a national Aboriginal art and culture gallery at the old RAH site – Lot 14 – in the lead-up to the last state election.

He’s been working away on the concept since then, but we’ve noticed that something is now missing – the word “National”.

The word was expunged from Government communication about the concept earlier this year – and it’s got something to do with the Federal Government, who has come in with funding as part of a so-called “city deal”.

The State Government still isn’t giving any assurances that Thebarton Theatre will be saved from the bulldozer when nearby South Road is widened in the years to come.

Common sense says that allowing the theatre’s destruction would be politically foolish, not to mention culturally damaging. And the Government says that tunnelling is a live, if expensive option, to avoid having to pull down Thebby.

But the operators of Thebarton Theatre warned this week that, even if the widening project doesn’t require the building to be demolished, the venue could be profoundly impacted by the road upgrade.

“Yes, the theatre is set back off South Rd, but the land next to the building is incredibly important to the venue,” Weslo Holdings wrote on the theatre website.

The area in question not only offers parking spots for people with mobility issues, it’s a key exit for all patrons. It’s also where the trucks load equipment for concerts.

Beyond that, though, Weslo is worried about acoustics.

“Building up to the side of the theatre will drastically effect the acoustics and bring road noise into the venue. Not such an issue for loud Rock and Roll, but it would effect (sic) the quieter productions and more intimate moments of concerts, and restrict the types of show that will book the venue.

“It would impact every aspect of the building.”

Land tax debate gets personal for one minister

Land tax might not affect lots of South Australians, but it’s certainly causing the State Government a gigantic political headache.

Plans to close a “loophole” in the tax regime have angered property investors, many of whom are Liberal supporters, who predict their tax bills will go through the roof.

The loophole relates to people owning multiple properties via different legal entities such as trusts: at the moment they can set up their affairs so they pay the rate applicable to each individual property, rather than the accumulated whole.

But there remains some confusion within the Government about exactly how this will work.

One minister – who was in on the decision – holds eight investment properties, and doesn’t think he will be affected by the changes either way because he doesn’t own the properties through trusts or separate businesses. Rather, the properties are owned in different names – either his alone, or jointly with someone else.

But the Treasurer told InDaily this week the minister was mistaken and the changes would capture such properties.

Selling SA in a divided world?

The trade tensions between China and the USA can seem to be an abstract and distant concept.

But South Australians who sell goods into both markets are increasingly worried.

China has, over the past decade, rocketed ahead of the US as our biggest trading partner, while the US remains our key security ally, as well as our second-biggest international market.

As one investor in the SA wine industry said: “The relationship that we now find ourselves in – the triangle (of) America, China Australia – is extremely difficult and risky.”

Will our new prosecutor be able to prosecute?

The Government this week announced the appointment of a new Director of Public Prosecutions – Supreme Court judge Martin Hinton.

After the initial flurry of standard news reports, a few legal insiders pointed out privately that this might not work as smoothly as the Government had hoped.

It turns out there are longstanding rules about judicial officers appearing before a court over which they have presided. The rules are designed to avoid the perception of conflict of interest, given that the lawyer would be arguing cases in front of his former colleagues.

It turns out Hinton will need to seek permission from the court – and getting an exemption from the rules is not a formality.