My Adelaide with Grant Nowell

Grant Nowell came to Adelaide as a photojournalist in the late ‘80s and has been chronicling the city ever since. He’s seen Adelaide evolve in granular detail - and some of that detail now lines the walls of his son Andy’s restaurant, Sunny’s.

“Seventy per cent of these aren’t mine, but a lot of them are pretty bad photos because that’s what Andrew wanted,” says Grant, assessing the pictures on Sunny’s walls.

“I got here in ’89. I’d come here for a few holidays, and I actually loved the joint… You’d go to Aldgate, there’s bloody kangaroos jumping around. Twenty minutes later, you’re down in King William Street. I’m going ‘This is paradise!’

Next time you’re in Sunny’s ask Andy, or any of the pizzeria’s many co-founders, to point out which photos were taken by Grant. 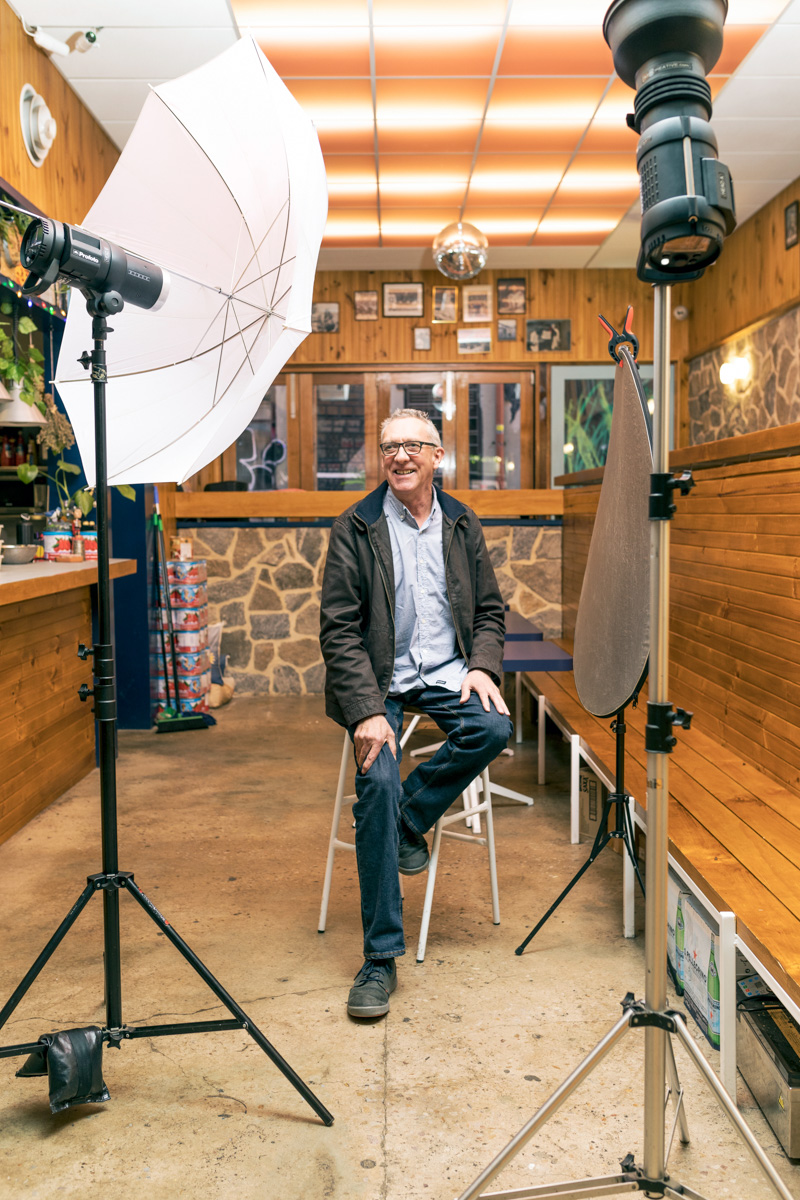 “I was interested in [moving] here, and someone who knew that I was interested worked as a journo at the ‘Tiser [The Advertiser] when
Rupert bought it. The editor, Piers Akerman, the little right-wing grub he is, he rang me up and offered me a job, and the next year I was pictorial editor.

“Adelaide could have been on another planet – no one really cared about Adelaide interstate or overseas… but The Advertiser was a highly successful paper and made a fortune, and was held in high regard. It was a broadsheet.

“It was one of those things that has almost disappeared now, where people trusted the papers. That trust has evaporated before our eyes over the last few years, for all sorts of reasons.

“When you were the only daily paper, [you] wielded enormous power. If I rang up someone like Con [Polites], he might have thought ‘This is a great opportunity.’

“He was a big mover and shaker in Adelaide, and his sons are still everywhere around the joint.

“I asked him to be photographed, because he hadn’t been photographed really, and I sucked up, and he agreed. 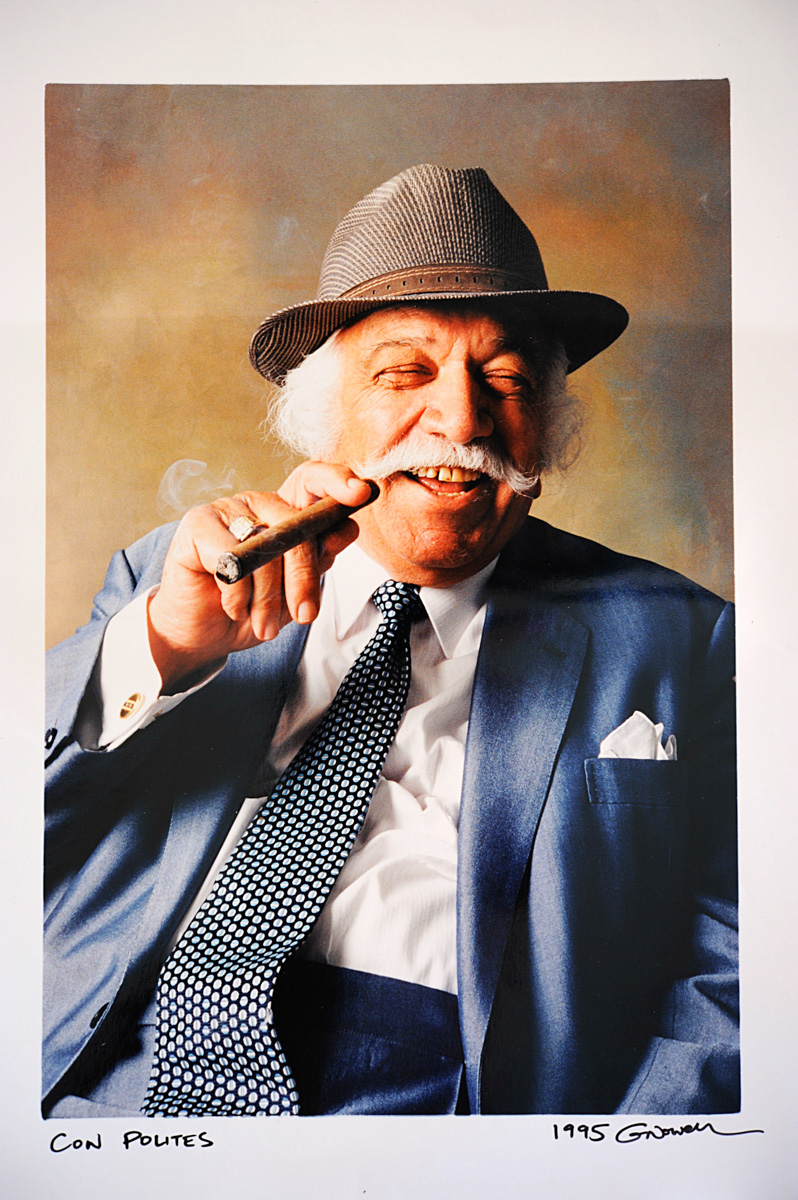 “When I see people or situations, I make assessments – that’s part of the job.

“For him, it’s the cigar. That was his signature thing. He always had cigars… You’d see him drive around in the Rolls, he’d wind the window down and smoke would come out. And his hat, he always wore his hat.

“I don’t take photos per se anymore, because I get great pleasure out of seeing things. I’ve been shooting for 45 years… the last thing I’m going to do now is carry around a 300mm lens photographing the SAHMRI building – I want to stand there and suck it in.

“If I go to the Botanic Garden… I’m not going to take my camera there, I’m going to go there and close my eyes and smell the bloody perfume of the roses on the breeze. That’s more fun for me.

“[Adelaide] has grown up big time. It’s so cool. If you haven’t been here in a long time, say you’ve lived in Mumbai for the last 15 years, or 10 years, or five years, walk along North Terrace… [You] won’t believe it.”

“SAHMRI looks incredible, it’s an iconic building, it’s fantastic, but do you know what? In there, there’s like 600 incredible medical scientists who are trying to solve dementia, and MS, and cancer, and they’re walking around here! They come in and have pizzas. That’s something to celebrate.

“You’ve got the university there, throbbing with incredibly intelligent, engaged, young people doing degrees in everything – things you can’t even spell.

“And you’ve got all the other stuff down North Terrace, everything from the Art Gallery, the Library, Adelaide University, full of incredible, exciting people. These are things to celebrate.”

“It’s an incredible world-class city now, as far as I’m concerned, in so many platforms.”