Carpenter, actor and maker Patrick Duggin, who has made 100 of these objects over 24 years with the theatre company, explains the magic and mania of creating imagined worlds.

Theatre is a case of you had to be there. It’s an event. That’s the purpose of theatre. It’s the moment that people experience collectively as a group, in the auditorium as the audience.

Everything in these boxes is all that’s left over from a show. The box contains the script, flyers and the promotional photos from the photoshoot. And newspaper critiques, even if sometimes you might not want them.

But props are about achieving moments, technically and theatrically. This is where you’re able to have the magic of theatre occur, and you’re using all the props that are available in a space, including flying systems. I look at the stage like a puppet box, but just much bigger.

The functionality of the prop depends on what it’s being used for, whether it’s set dressing or whether it’s a personal prop – so if the actor actually engages with it.

My first prop was a gull. It’s still a favourite. It hung off fishing line on a seven-metre fishing rod and pole. By bouncing the pole, you’re able to make it move. I had to make it out of paper.

It was in a ‘97 show called Gulls, which is about a mother and a son who has a mental disability, and the life of those two together, and his interactions with the seagulls. 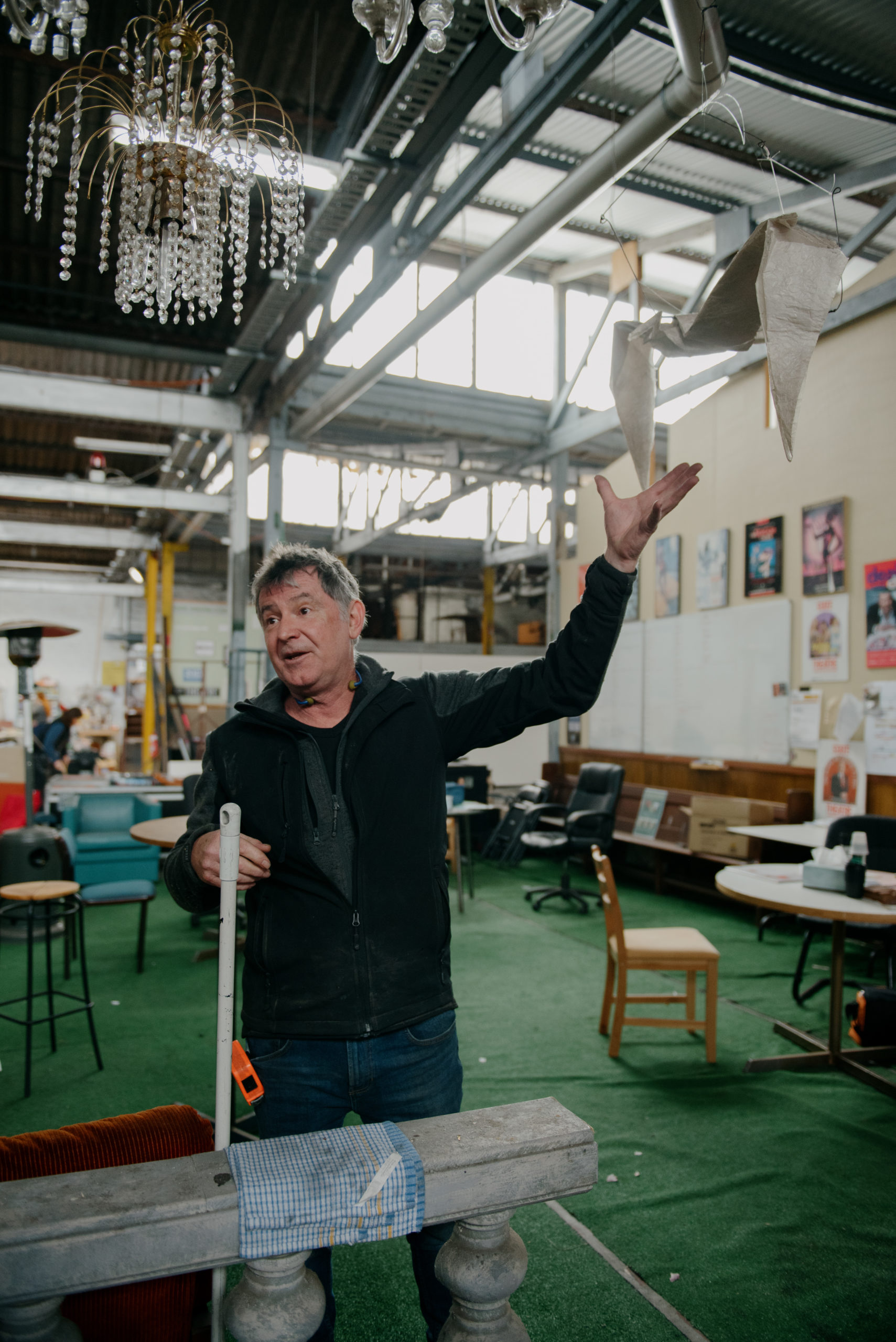 Director Rodney Fisher wanted the seagulls to be able to fly out over the audience and interact. The audition was quite amusing. How do you audition that?

He had this broomstick with a rag tied to the end and goes, ‘Do you want to show me what you can do?’ And I just went, ‘No, actually, it’s got nothing to do with what I’ve got planned.’ And he goes, ‘Oh okay’. I got the job.

Every day in this role is different. The only thing is you never get to really wallow in the object because you’re pushed for time.

You’ll be making things as quickly as possible and using the least amount of materials possible.